The Internet Is Exploding: 10 Must-Read Articles This Week 9/18 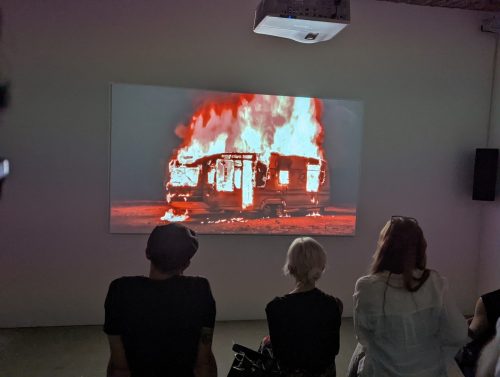 Sometimes Ambivalence is OK: The Twelfth Berlin B [...] 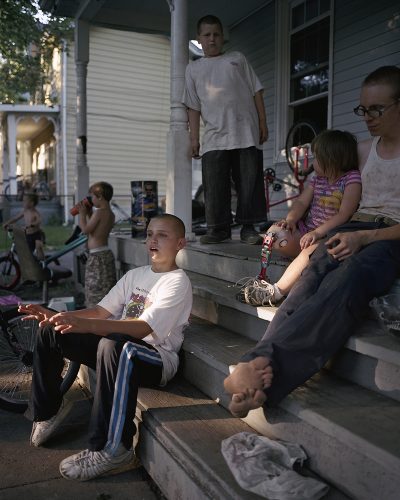 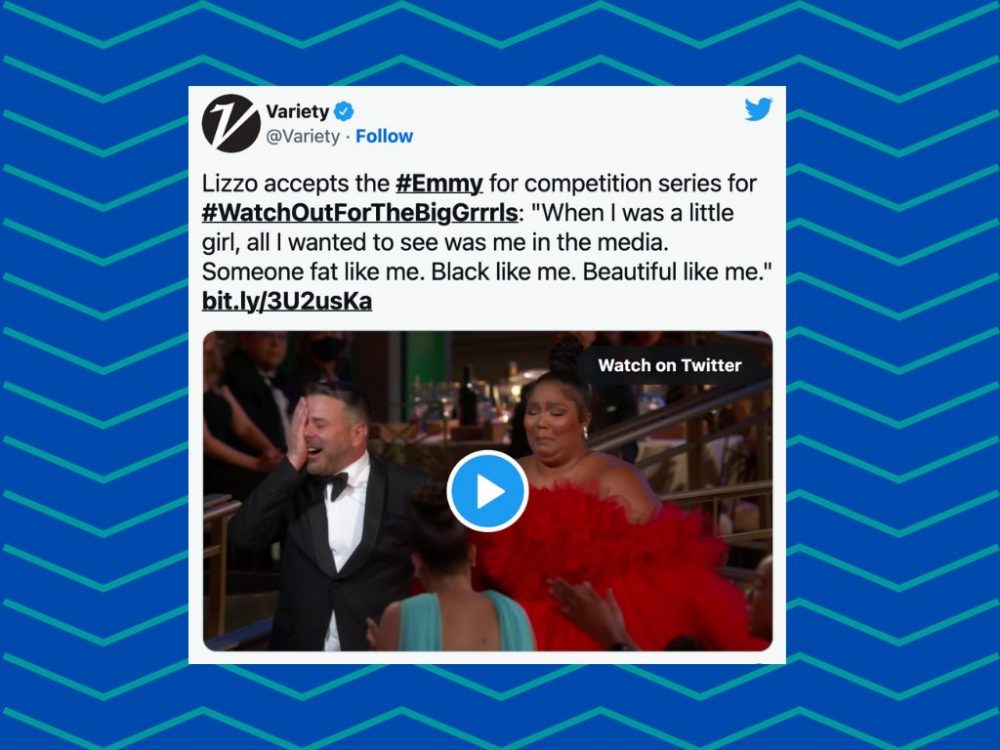 I kinda liked the internet this week… it had me thinking. Highlights: Johnson & Johnson’s war on consumer protection, Patagonia, Republican clout chasers, Black women won the Emmy’s, the Barbz are on the attack, The Little Mermaid, fictional creatures can be Black, Israeli superheroes, and the Queen really was a colonizer.

Currently embroiled in billions of dollars worth of lawsuits over connections between its talcum powder and cancer, Johnson & Johnson is waging war on consumer protection. Internal documents made public through trials show that Johnson & Johnson had known about this connection for decades before doing anything to keep their majority market share of baby and body powders, which, until recently, used talcum contaminated with asbestos.

In an attempt to avoid paying damages, J & J filed for bankruptcy, although the company’s “lawyers would have it be known that their company—officially, Johnson & Johnson Consumer Inc.—never filed for bankruptcy. The company that did so was called LTL Management L.L.C. LTL, which stands for Legacy Talc Litigation, was created in Texas on October 11, 2021, and merged on the following day with—let’s call it Old J. & J. That same day, LTL Management was converted to a limited-liability company based in North Carolina, and two days after that, on October 14th, it filed for Chapter 11 protection in the U.S. Bankruptcy Court in Charlotte.” It is not yet known if the convoluted legal measure will be stayed, as it is currently under review in New Jersey, but “if companies can use the two-step to protect themselves from any and all consumer liability, even from states themselves, what’s left to hold them accountable?”

The outdoor brand Patagonia’s founder, Yvon Chouinard, along with “his wife and two adult children have transferred their ownership of Patagonia, valued at about $3 billion, to a specially designed trust and a nonprofit organization.” The goal of the trust and nonprofit is to help combat climate change, and because the new organization’s status is a 501(c)(4), it is allowed “to make unlimited political contributions.”

This is a new move for a major company, and one that is also meant to combat climate change. Although “[s]ome experts caution that without the Chouinard family having a financial stake in Patagonia, the company and the related entities could lose their focus,” I’m very interested to see what will happen, and if more companies will choose to do the same going forward.

The Republican party really is just filled with a bunch of wild clout chasers. On Wednesday, Florida’s Republican Governor Ron DeSantis took credit for flying approximately 50 migrants from Venezuela to Martha’s Vineyard without warning. DeSantis, who is expected to run for the Republican presidential nomination in 2024, said at a press conference that “every community in America should be sharing in the burdens.” Texas Republican Governor Gregg Abbott also “arranged for two buses from his state to drop off more than 100 migrants from Colombia, Cuba, Guyana, Nicaragua, Panama and Venezuela at the Washington DC residence of the vice-president, Kamala Harris, on Wednesday, shortly before the Massachusetts planes landed.”

Of the stunts, President Biden has stated that “instead of working with us on solutions, Republicans are playing politics with human beings, using them as props.” The legality of the situation is still under review.

4. BuzzFeed: Black Women Had A Historic Emmy Night, And I Can’t Help But Yell, “It’s About Damn Time”

Per usual, I did not watch the award show (in this case the Emmy’s) but I followed along on social media, which had much love for all of the Black women who won. On Monday, Sheryl Lee Ralph won Best Supporting Actress in a Comedy Series for Abbott Elementary, Lizzo won for Best Competition Series for her Prime Video show Lizzo’s Watch Out for the Big Grrrls, Zendaya won for her role Rue Bennett in Euphoria, and Quinta Brunson won for Best Writing for a Comedy Series for the pilot episode of Abbott Elementary.

Twitter was truly jubilant, and the videos of all of their acceptance speeches are worth watching.

5. Scalawag: Abolition: For Your Consideration

In its coverage of the 74th Emmy Awards, Scalawag’s “Pop Justice” newsletter, which focuses on copaganda in popular media, “invited writers to call out potentially award-winning copaganda of the last year—and to highlight abolitionist storylines lurking in our favorite shows.” I read the articles on The White Lotus and Abbott Elementary by Mariah Rigg and Eteng Ettah respectively, both of which gave me new things to consider about each show.

6. YouTube: When Barbz Attack | Nicki Minaj and the Cult of Standom

All week, Kimberly Nicole Foster has been embroiled with the Barbz, Nicki Minaj’s stans. After tweeting “Nicki is so clearly a horrible person. Negativity sticks to her like glue. Idk if we’ve ever seen this before,” the Barbz began threatening and doxxing Foster, a YouTuber and cultural critic. Foster has been critical of Minaj and stan culture in the past but has never been targeted this aggressively. Throughout this video, Foster, who is pursuing legal action, breaks down everything that went down on Twitter.

The official trailer for Disney’s live-action The Little Mermaid, featuring Halle Bailey as Ariel, was released earlier this week and I am excited. Halle’s voice sounds beautiful and doesn’t sound overcorrected like in Beauty and the Beast. And, from what I could tell from the trailer, it won’t be nearly as creepy as The Lion King. Further, the internet was filled with heartening reaction videos featuring Black children excitedly watching a Black princess. I am truly hoping this will be the best live-action remake yet.

This video is long and Khadija Mbowe covers a lot that happened online over the past week or so—some of which I covered here, others I have not. I am interested in the section “Sci/Fi Fantasy nerds…please…” in which Mbowe dissects the controversy surrounding The House of the Dragon, The Lord of the Rings: The Rings of Power, and specifically The Little Mermaid. There has been ongoing debate and racism about diverse casting in sci-fi and fantasy films and TV—which already rely on the suspension of disbelief. The internet has been fighting about Black characters in the aforementioned film and series, arguing that casting Black people is historically inaccurate. It is ridiculous, and Mbowe unpacks why in the last section of this video.

The Marvel Cinematic Universe announced the inclusion of a new superhero this week: Sabra, a mutant with a history of “close ties with the Israeli government, actually working for the Mossad in the comics.” The announcement was immediately met with controversy, with many people condemning the decision and “[noting] that the name Sabra is insensitive due to the massacre of Palestinians in the Lebanese refugee camps Sabra Shatila in 1982.” The character’s role in the fourth Captain America film, Captain America: New World Order, is as yet unknown—and it also says something to me the “New World Order” is in the title of the film—“though it is quite likely that much of the political history and baggage tied to the character will be dropped. Even so, there is something inherently perplexing about the decision to adapt such a controversy-tinged character, a feeling that fans clearly share.”

10. The Guardian: Uju Anya on the Queen, Jeff Bezos and the family history behind her tweet

As Britain continues to mourn the death of its Queen, Uju Anya is still dealing with the fallout from her criticism of the monarch. Last Thursday, “the Carganie Mellon professor sparked outrage when she wished the queen a painful death,” writing in a since-deleted tweet, “I heard the chief monarch of a thieving, raping genocidal empire is finally dying. May her pain be excruciating.” Jeff Bezos then decided to get involved, quote-tweeting Anya, saying, “This is someone supposedly working to make the world better? I don’t think so. Wow.” The context that Bezos and many others missed in Anya’s tweet was her Nigerian and Trinidadian heritage; both countries are former British colonies.

Anya was briefly banned from Twitter, her tweet was removed, and Carnegie Mellon issued a statement distancing itself from her opinion. Since then, however, “Anya has received letters of support from Carnegie Mellon faculty members and students.”