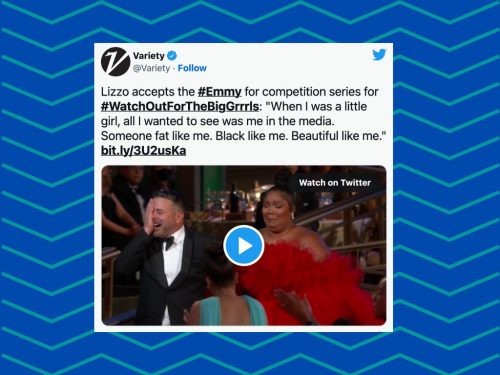 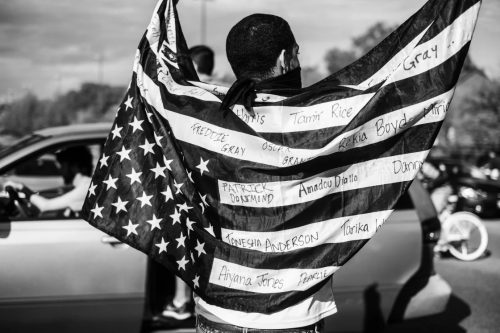 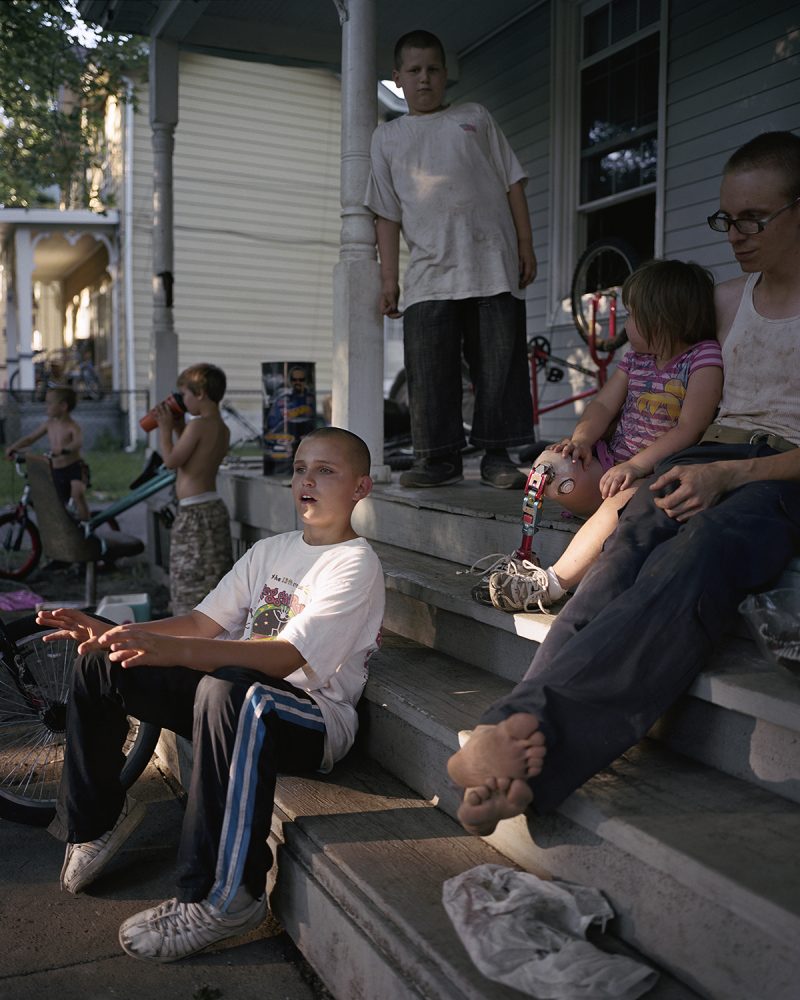 Between 2010 and 2020, photographer Curran Hatleberg took a series of trips through the South, chiefly in eastern Texas, Louisiana, and northern Florida, meeting people and taking pictures. Meanwhile, the artist, who was born in Washington, DC, and his partner Cynthia Daignault, moved to her native Baltimore from Brooklyn and converted an industrial building in Remington to use as a studio. Early in 2020, Hatleberg and Daignault’s first child, River, was born and the concept for Hatleberg’s latest collection, River’s Dream, took shape.

At first glance, River’s Dream is a nightmarish vision of the backwoods South. The 65 color prints portray a world remote from booming Southern cities such as Charlotte, Atlanta, or Jacksonville. Hardly anyone in the book is working. Most industrial and commercial buildings pictured are vacant.

The houses are modest, and many are either abandoned or dilapidated. There are plenty of cars, but most of them are in scrapyards. A young man sits in the driver’s seat of a new-looking sedan, a young woman man beside him. But he is only pretending to drive; the car is facing a building. The bright red trucks and yellow turnout coats of first responders investigating an auto collision in a forlorn intersection make them look like beings from another planet.

I’m out there by myself, in a dream state. I’m trying to capture the view, and I don’t know where to stop.

However, it would be a mistake to take River’s Dream as a statement about a left-behind region, in the vein of Dorothea Lange or Gordon Parks. Hatleberg’s objective is to make us look twice at the ordinary, even the dreary or repulsive. There are almost no indications of the scenes’ locations, and the pictures have no titles or captions because, Hatleberg told me in an interview, “I’m trying to ask questions, not give answers.”

Nor does he want to be able to see the pictures as he takes them, which is why he uses a film camera (a Mamiya 7). He describes the act of taking pictures as “intuitive,” free from preconceptions: “I’m out there by myself, in a dream state. I’m trying to capture the view, and I don’t know where to stop.”

As an example, Hatleberg cites three images of a woman sitting at a table littered with beer bottles that she seems to have emptied herself. In the first two, it’s easy to overlook the praying mantis she is gazing at. In the third, the insect is the picture’s focus, hanging upside down from the woman’s hand. The view captures the delicacy of the mantis, in contrast to the human artifacts in the scene.

In Hatleberg’s book, a picture of an alligator being lifted from a truck bed displays the different plates and ridges on the animal’s hide and the shading of its coloration. A boy’s smooth Black hand contrasts with an alligator’s porous skull lying on a table. A scene of a crew cleaning up a small cemetery shows how differently the headstones have worn. A series of H-shaped pylons recedes down a puddled alley behind a row of commercial buildings. Two railway bridges, symbols of progress and industry, arc high above the horizon, while far below, two men sparring in an empty street seem tiny.

Hatleberg arranges his pictures to suggest narratives, such as the woman and the mantis, or startling juxtapositions. A teenaged boy, his hands taped, poses without emotion in front of the spectators at an outdoor boxing match. The next plate shows the same crowd from nearly the same angle, but without the young fighter. The sequence reminds us that the viewers are as important to the event as the boxers.

The book’s title, River’s Dream, comes from Hatleberg’s desire for his child to be able to enter the same dream state of heightened perception he himself works in. Hatleberg does not take pictures to give reality meaning, as Lange and Parks did with their photos of Dust Bowl refugees and slum-dwellers, but to get us to expand our idea of reality. Hatleberg points out that in the states along the Gulf Coast, water snakes and alligators are simply a part of life—the latter are hunted for their meat. In River’s Dream, the reptiles’ sine curves appear again and again: in the snakeskin an old man in a pickup is examining, in dominoes on a table, and in the body of a boy jumping with one hand above his head.

River’s Dream includes contrasting essays by Natasha Trethewey and Joy Williams, contemporary authors with strong links to the South. Trethewey, a Mississippi native, describes the patriotic feelings the images evoke. Williams, who once lived in northern Florida, praises the clarity with which Hatleberg has recorded a region in which people live in a past that has never taken hold, a world that, unlike Faulkner’s Mississippi, is “forgotten without ever being quite remembered.”

Photos by Curran Hatleberg, images courtesy of the artist