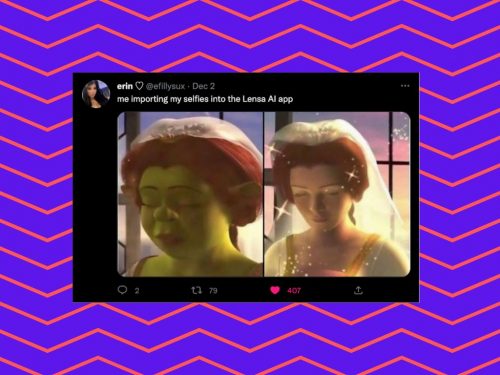 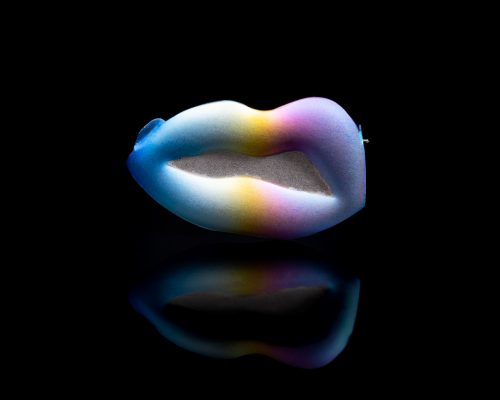 Wearable, Beautiful Vehicles for Communication at [...] 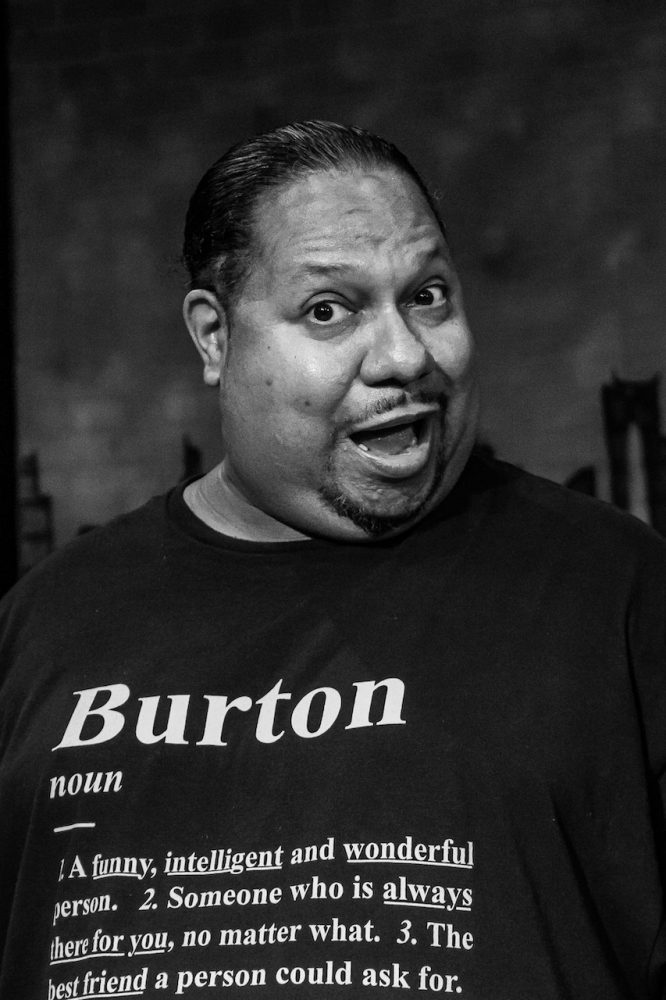 From the idea of an accountability circle, to community conversations, to podcasting, to the stage, Troy Burton’s vision for telling the story of Black men in Baltimore was many years in the making and has only been made possible through conversation and collaboration.

It’s a model that Burton hopes other artists are able to make use of for themselves. In his newest production, You Thought I Was Him, a “theatrical mixtape” which premiered at the Arena Players from November 11th to the 27th, to critical acclaim, the actor-director aims to revitalize community through theater.

After experiencing the performance, I interviewed director Troy Burton about his intentions and process.

Nia Hampton: How did you start directing?

Troy Burton:  Wow, actually here at the Arena Players, which is the oldest continuously running Black theater in the country! I was participating as an actor and Catherine Owens, the Director of the Youth theater, brought me in. I was supposed to be a music vocal coach but she said, “You know Troy, [I’ve been] watching you and I think you’d do well directing.”

She gave me a script and the show was Little Shop of Horrors. That was my first time ever directing, but I was always the type of actor who would make suggestions to the director. I had worked at Toby’s Dinner Theater and Toby, as well as Sam Wilson, the founding artistic Director at Arena [said] you really should direct but I never thought about that until Mrs. Orange said, “Here, I want you to direct.” I’ve directed 55 plays here with the Arena Players. This is play 55. Every time I say it, it blows my mind.

55 plays, from 1993 to 2022. And that’s just here at Arena Players, [not] counting other places. I’ve worked with the  Baltimore Theater Project and I’ve done some commissioned work for Center Stage.

So is this your main job right now?

I was executive Director at the Eubie Blake National Jazz and Cultural Center for 18 years. I branched out just before the pandemic and I started my own company, Troy Burton Arts Entertainment consultancy.

How did the idea come about for You Thought I was Him?

Our production manager Nate Cowser called me one day and said, “Troy, I need to do something for myself [like] an accountability circle.” He thought that the rapper DDM, me, and a few others, people who know him well and he trusts, we could work together.  [We had] two or three meetings then we said we need to do something for the community, not just for ourselves. This is actually an expansion of the short film You Thought I Was Him that Center Stage commissioned and I always wanted to do it as a full stage production.

Tell me more about the community aspect of this project.

I wanted to do a project that involved the community. And I wanted to do it in a community space, so I just started thinking about how this would work in the African American community of Baltimore. The initial piece that started was written by Sheila Gaskins; she submitted a piece to me when we were doing a play called A Real Nigga Show. She wrote this piece—it was wonderful in the show and the You Thought I was Him spinoff was centered around [the character] Kevin Alexander Brown.

Sheila brilliantly composed the piece and it talked about him and his family and things like that, so it was natural. I said “I’m gonna do a program, not just a production, and it’ll involve getting stories from the community that can support this piece and build characters and having a group of men come together and talk about their life and experiences.” But I’m not a writer, I’m a director. And so I thought to add a writers’ room.

Is that normal for theater?

No, but for television, yes—for film, yes. A lot of times in theater you see individuals who will write a script or if it’s a musical, one person will write the book and the other person will do the lyrics. But I wanted it to be something unique. I wanted it to be something where I can use what I do as a consultant to show other theaters [that] there are ways to involve the community in developing brand new pieces for the stage. It’s important—especially in Baltimore—that we tell our stories. I knew it would take funding to pull this off.  So I wrote to BOPA for the Creative Baltimore Award and I got that as an individual artist. I was introduced to the Rubys Artist Grants and got one of those.

Thank you. I got that and I said, “Keep writing Troy, because if you do, you could do this the way you want to do it. You want to be able to pay people for their time.” So I wrote to the Awesome Foundation and got that award. I received a sponsorship from the Black Arts District. I felt like the universe was speaking to me saying, “Okay Troy, in your accountability circle you’re the elder there, so take this and lead.”

I decided to get a group of men together and do a community conversation, ages 27 to 76. I knew it was important to talk to Black men about mental health, so we were able to get a therapist and he came in and then we sat with these men and they opened up. They told their stories. It was amazing, because most of them had never met. They were people that I pulled together. And they just talked. I mean it was a lot of tears and some of them would break down telling their story and others would just comfort them. And I said, “Whoa, these guys don’t even know each other.” That’s when I knew I was on to something.

So we took the information from that and it gave us some ideas about other characters for the production, but we felt like that wasn’t enough. So, we did another one, dropped the age to 16 and went up to 80. The one thing that was common in both, was the younger generation telling the older generation, “We want to hear your stories, however we don’t want you to pass down your pain to us.” So the whole idea was to find a way to tell the stories without passing [the pain] down, without making it sting.

We took all that information from the community conversation, recorded it, and then I assembled the writers room which consisted of Sheila Gaskins, Eze Jackson, Tracy Jiggets, Derrick Watkins, myself. You usually don’t do it like this, but I assigned each one of them different characters. We decided that we wanted to create a character, Uncle Brother, who was an openly gay patriarch of the family. You don’t see that type of character for men in films or stage productions—you know, usually they’re the comic relief and that’s it. But we wanted to make sure we addressed some stories [that came out of] our community conversations. So, starting to connect the community conversation to the writings room, we added another level to it …

The podcast You Thought I was Him. So we kept the community conversations closed. We didn’t go live [on Instagram] or anything [because] people were sharing their personal stories. There was a lot of pain in the room. A lot of hurt, inspiration—just things that you shouldn’t share live—for research purposes. But the podcast was more about arts in the community. The first podcast we had, we just introduced some of the ideas. The second one we had was called “I Own My Own Ass.”

Alisa Brock from Drama Mama Bookshop came on. We had recording artist Maysa who owns her own record label, Blue Velvet Soul Records. We had Eze Jackson come on, he owns his own label Epic Fam Records. I call him the Motown of Baltimore. Carltaise Ransom, he started his own theater company. We did another one, it was about the role of the community in community arts.

I wanted to keep the podcast all based on local arts. We had the head of the Baltimore School for the Arts, we had the Managing Director of the Arena Players, and they got a chance to talk about community engagement in the arts.

And that’s supposed to be enough. (laughs)

Right. And so, we went from the community conversation to the writers room and the podcast so now the next phase—finish the script, and then it’s time to audition!

Moshe Allen who plays Kevin Alexander Brown, I didn’t find him in the first three auditions.  When he came to audition, he walked in the room and took his shoes off and said, “is it OK if I take my shoes off?” And it was something about him. I said, “Hopefully he can act.” He just performed his piece and I was like “That’s Kevin.”

The following photos are by Shae McCoy from You Thought I Was Him at Arena Players.