Art Thoughtz: How to Make an Art by Hennessy Youngman 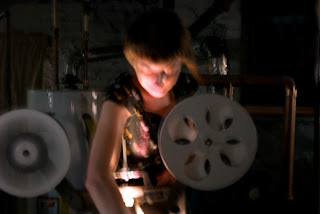 It’s obvious that Baltimore has a thriving art community. This is especially significant in contrast to its weak art market. When you stop to analyze this conundrum, one key factor emerges: the quality and variety of visual arts excels in Baltimore, at least, in part, because the Maryland Institute College of Art continues to produce hundreds of talented, creative, and accomplished degree-earning artists each year.

It is not uncommon for MICA’s best and brightest students to leave town immediately upon graduating. Some head to New York City in pursuit of art stardom, where the thriving art market provides jobs and opportunities. Others head back to their hometowns to live affordably with mom and dad until they figure out their next move. Baltimore is a terrific and affordable place to be a young artist, but there are relatively few jobs and galleries to sustain an art career over the long-term.

In order to stanch the flow of talent from Baltimore to greener pastures, MICA has launched a new initiative to entice some of its most successful students to put down roots and practice their craft here. Although the program has just been introduced as a two-year pilot, the LAB program (an acronym for Launch Artists in Baltimore) has put real funding on the line, setting aside $100,000 for five annual awards of $10,000 each to five MICA graduate students. The goal of the award is to assist students during the transitional year after graduation in creating meaningful projects, research, and communities right here in Baltimore.

The LAB award was made possible by MICA trustee Steve Boesel, who wanted to provide an incentive for artists and designers to stay in Baltimore and enrich the city. “MICA realizes now, more than ever, talent alone will not necessarily lead to career success,” says Boesel. “But talent combined with an entrepreneurial, business-oriented focus multiplies those chances.”

“I knew I wanted to be involved in a project that could promote artists’ work and be collectable,” says Coster, Her project, Print/Collect, will be a quarterly folio of affordable, original prints by Baltimore artists. “I wanted to create something that could circulate in the community and to other communities, acting as an archive of the contemporary Baltimore art scene. Before the LAB grants were announced, I was thinking on a much more DIY scale—a writing outlet that could be made cheaply, a black and white photocopy that would start a dialogue and contain a creative energy, a collectable item in itself.

“When I found out about the $10,000 that opened up a lot of possibilities,” she continues. “With that kind of financial support, I am able to raise the production quality, and have the focus be on collecting original pieces of art, with a written discourse.” Coster’s mission is to make artwork easier to sell in Baltimore as well as bring the works of Baltimore artists into a national dialogue.

Community and dialogue seem to be central in all five LAB selections this year, although the projects vary widely in scope and scale, including a roving, experimental film series, a mural collaboration, an educational campaign to conserve water in East Baltimore, and an exercise regime for Baltimore City students.

Becky Slogeris just completed a master’s in social design at MICA and has collaborated widely with the Baltimore City Public School System for a few years. Her Bmore Fit Teacher Toolkit consists of a deck of exercise cards designed to help students concentrate on their assignments and improve the learning environment. Combining her ideas and experiences with the LAB award, Slogeris’s toolkit will be utilized by Teach for America in its Baltimore Corps training and potentially be available in every Baltimore City classroom.

“Receiving the LAB award absolutely influenced my decision to stay in Baltimore,” Slogeris says. “I very easily could have moved to New York after graduating, but I would be crazy to leave this project behind and the support system that has developed around it.”

Rorison, whose Sight Unseen project will feature experimental film and cinematic performance, agrees. “This grant gives me more motivation and opportunity to push for ideas and collaborations that I wouldn’t be able to pursue otherwise. With regards to the future, I am not sure how long I will stay here, but I don’t see myself leaving anytime soon. I love this city and feel very connected to the community here.”

Although each individual grant isn’t enough to completely support any of its recipients, the investment is significant enough to keep talent here in Baltimore, at least for another year or two. Once its recipients have dug in their heels and committed to their projects, there’s no telling what the effect may be on the local cultural landscape.

Link to original story on the Urbanite Website: http://www.urbanitebaltimore.com/baltimore/launch-lab/Content?oid=1473578

With all of us ostensibly inside, talking less or at least talking to less people, the appeal of hearing voices that aren’t our own for extended periods of time has taken on a certain restorative luster.