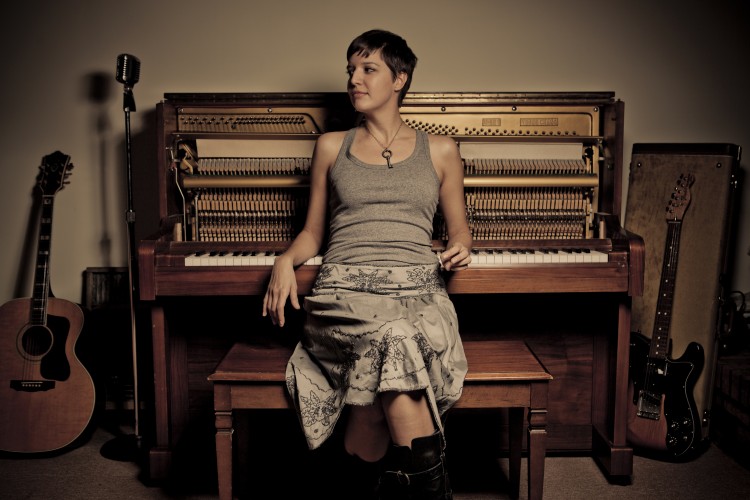 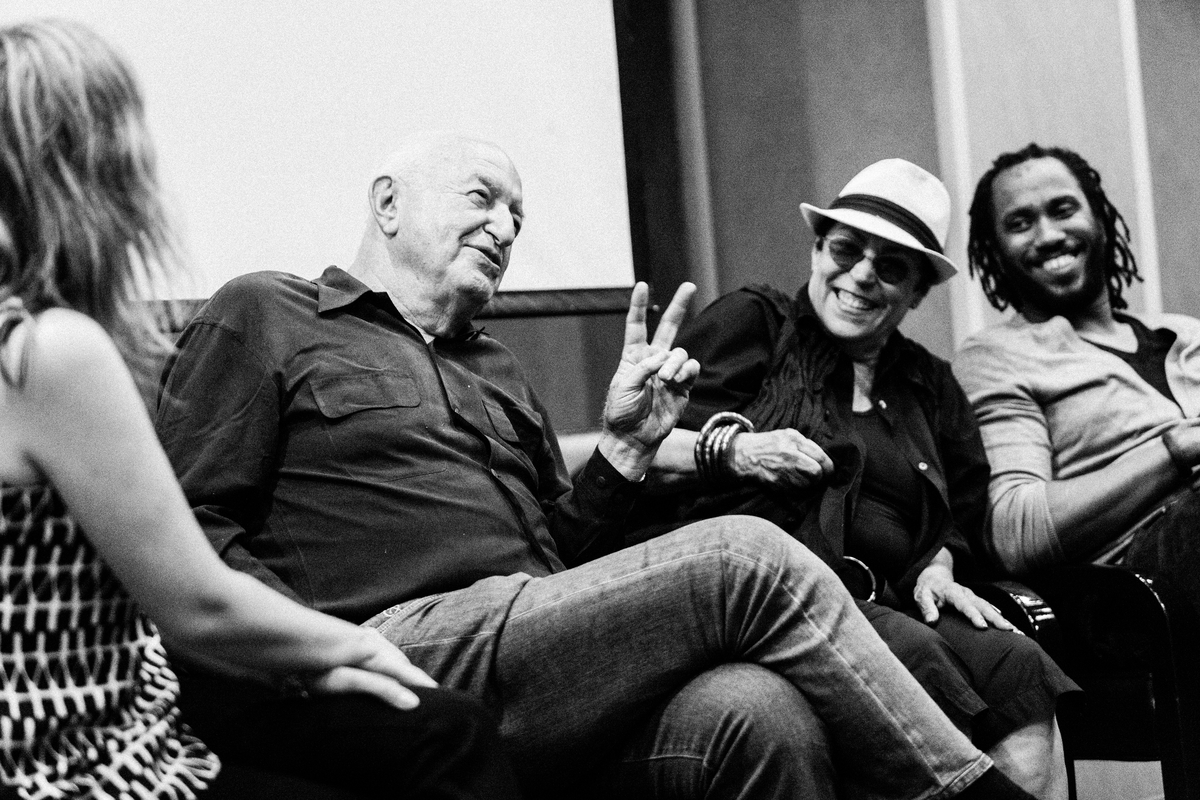 Art Collector Cheating, Post-Blackness, and Being [...] 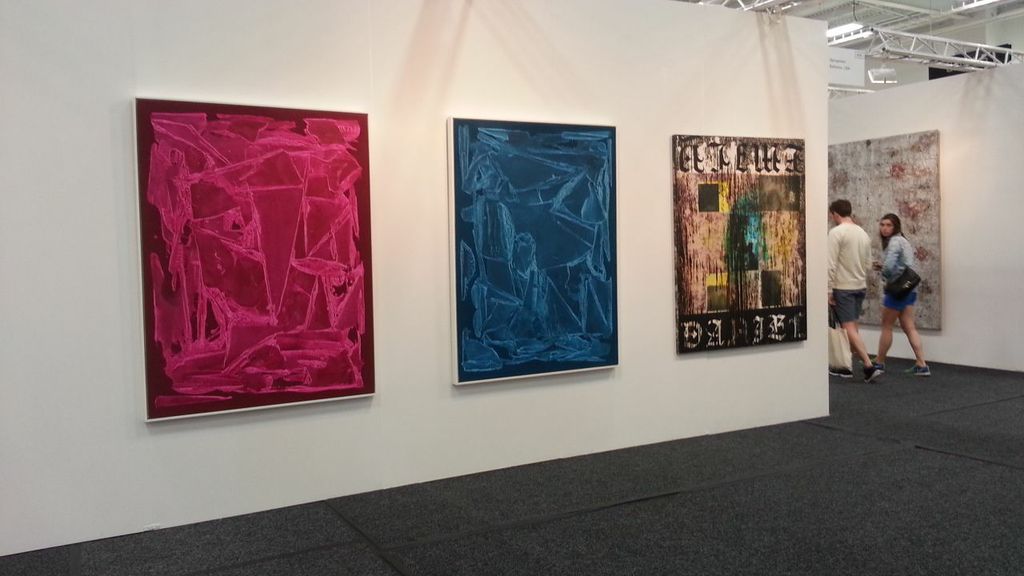 Hrag Vartanian and Joshua Decter on the problem of reviewing art fairs.

Art fairs are the big banks of the art world, so large that contemporary art’s normal practice of critical feedback – the review – simply can’t contend with them. People do review fairs, a practice I’m both impressed and mystified by. But the fair format is so far removed from the conditions under which writers normally critique exhibitions, it feels a little disingenuous to claim that you’re reviewing them. At least for me, the overstimulated environment and the sheer visual exhaustion make it hard, after awhile, to approach work with the critical eye I try to bring to reviews. Artworks suddenly seem exciting, regardless of quality, simply because they’re different than the other work on view. More subtle pieces that need space to be appreciated are passed over entirely because they can’t compete with their surroundings. In other words, full disclosure: what follows is not a review of Frieze Week.

In order to fight off the exhaustion I experienced during my Armory week adventures, I commit to starting early. Rather than waiting until Friday and going to the biggest fair first, I create a four-day schedule. I start with Salon Zürcher, a small, mini-fair at Zürcher, a gallery near the Bowery, during their Monday-night opening. The crowd is sizeable but not overwhelming. It’s held in a gallery space, with a limited number of participants, so it feels more like the opening for a large group exhibition than a fair. This works in its favor, as does the presence of some familiar faces. DC-based Curator’s Office was there and Director Andrea Pollan showing two young, up-and-coming artists from her roster, Dan Perkins and Jonathan Monaghan. Though working in vastly different media, the two artists have a similar, sci-fi inflected visual language and the pairing is strong. On Thursday evening, I head to PULSE and find both the unexpected and the familiar: I head to Frieze on Saturday, skipping the famed Frieze Ferry in favor of walking across the pedestrian bridge to Randall’s Island, where the fair takes place in a massive tent. New York City owns the land on which the fair takes place and Frieze gets an extremely advantageous lease deal, which has made it, more than other fairs, a target for groups critiquing the inequalities of the art world economy. Last year, several unions and Arts and Labor, a working group affiliated with Occupy Wall Street, protested the fair over Frieze’s refusal to hire union labor. This year, Frieze has negotiated a deal with the union.

There were no protestors outside this year’s fair, but there was a group handing out fliers urging Frieze to donate 1% of it’s profits to community groups in East Harlem and the Bronx, the neighborhoods that surround Randall’s Island, a proposal that has since been endorsed by the Economic Development, Culture, and Tourism Committee of East Harlem’s Community Board.

The inside of the tent is spacious, with high ceilings and, under normal weather conditions, a minimal amount of echo (an improvement over the inescapable din that dominated the Armory show). However, the risks of holding an art fair in a massive temporary tent structure would become clear towards the end of my visit, as a torrential downpour caused leaks, water streamed in at the tent’s edges, and the pounding of rain on plastic echoed ominously throughout the space.

Frieze features all the usual suspects. The mega-galleries are all there. Clearly, having a huge space with a minimal amount of work functions as a status symbol, or at least that’s what Gagosian was going for with their huge booth featuring a series of small works on paper by Ed Ruscha. The ‘greatest hits’ approach—showing single works by the gallery’s most well known artists— was on full display at Jack Shainman’s booth, which featured a selection of Nick Cave’s Sound Suits, a series by Carrie Mae Weems, and single works by Titus Kaphar, Richard Mosse, and Toyin Odutola. In a refreshing move, Hauser and Wirth presented a curated selection of works exploring the body. Sure, they were taking the opportunity to show a few of their biggest artists, but it was nice to feel like they had put a little more thought into the presentation. The mini-exhibition, organized by Gianni Jetzer, even had a title—The Fabric of the Human Body.

Louise Bourgeois at Hauser and Wirth

At Gavin Brown’s Enterprise, Rikrit Tiravanija had broken the booth up into narrow hallways, each hung with a black canvas covered in white chalk. It’s the kind of installation that would seem trite in a gallery space, but appears clever after hours spent perusing booth after booth hung too tightly with abstract painting, framed drawings, and oversized photographs. The result was a sort of obstacle course: The narrow pathways had to be navigated with precision to avoid brushing up against the canvases. Accidental contact provoked reprimands from the security guard stationed nearby. As if the sheer size of the fair isn’t enough to cause disorientation, some artists made an appearance at more than one booth: I mentioned earlier that Frieze takes place in a tent? Tent is a bit of an understatement and I’m sure it’s designed to withstand any number of potential weather calamities. But the afternoon I was there, a torrential downpour pushed the limits of the tent’s engineering. Pounding rain echoed on the plastic roof, while rain rushed in underneath the fire exits and dripped from the ceiling. Paintings were moved off walls or covered. I knew it was time to leave when the arts administrator in me started wondering what Frieze’s insurance policy for this whole thing looks like. On Sunday morning, I make my way to the southern tip of Manhattan, to Basketball City, which was hosting NADA. As I wander along the pedestrian path underneath FDR Drive, it occurs to me that I’ve come across town, to a sprawling basketball facility to see work that, on any given weekend, I could see more comfortably, more conveniently, and under better conditions in Chelsea or the Lower East Side. Exiling that moment of New York-centric chauvinism to the back of my mind, I resolve to focus on finding work by non-New York artists and galleries.

Luckily, there are a lot of those to choose from. In conjunction with a recent publication of the same name, Phaidon sponsored Art Cities of the Future, highlighting San Juan and Detroit with projects by a leading organization from each city. I was happy to see NADA Highlighting non-New York institutions but I wished the organizations—The Museum of Contemporary Art Detroit and San Juan’s Beta-Local—had been given enough space to do something more substantial. The Museum of Contemporary Art installation at NADA Printed Matter makes an appearance, but wants you to know they’d rather be home with a book.

Yes, there was a display at NADA to let you know you which artists are trending. At NADA, the fair-themed American Apparel merch booth was my signal to head out.

Despite my best efforts, I missed as many fairs as I attended during Frieze Week. I regret not making it to Cutlog, which ArtFCity declared “a glimpse of a better art world.” I also missed the Contemporary Art Fair, Downtown Art Fair, The Satellite Show, and Select Art Fair. I never expected “to much art to see” to be a problem in my life. One more thing to add to my ongoing list of lessons learned since moving to NYC.