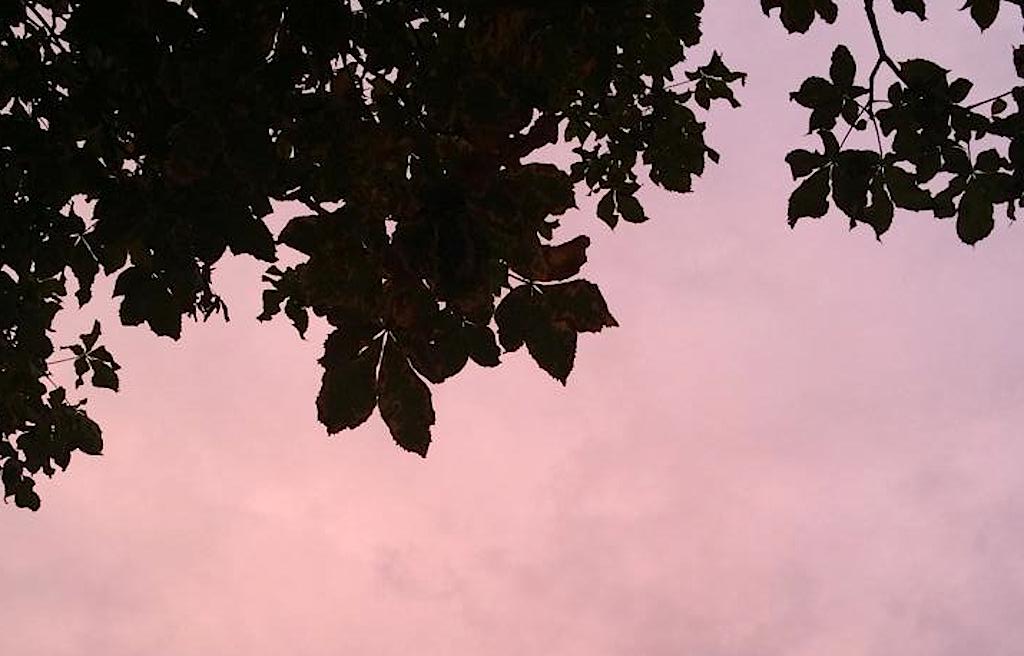 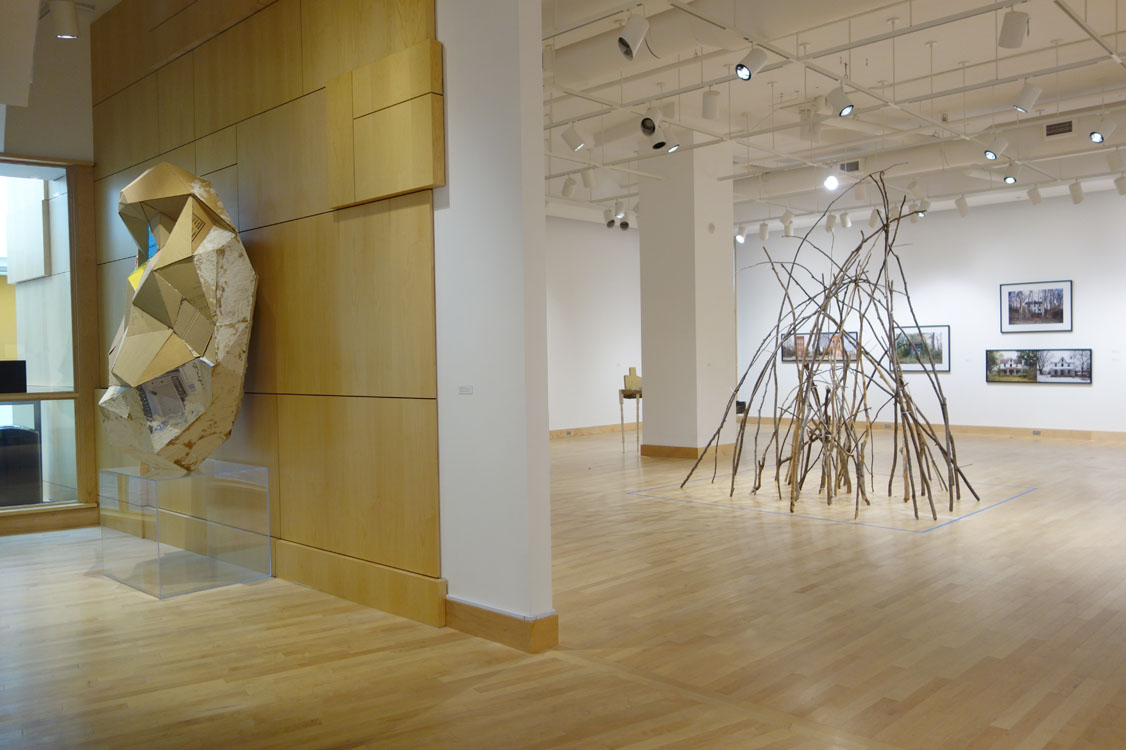 It took me four years and five apartments to call Baltimore home. My husband, on the other hand, calls any place we stay overnight home – our friend’s house in Philly during a weekend visit is home, any hotel room is home. To me these places are “the house” or “the hotel,” generic stand-ins for an abstract sentiment. My home necessitates the embedding of memory through experience, a site of specific actions and not insignificant gestures: knowing where to find the light switch in the dark, the exact number of degrees to turn the faucet for a great shower, the comfort and burden of furniture, souvenirs and other personal detritus, and perhaps most importantly a sense of “I’ll be here awhile.”

As a Baltimore-based, Chinese-born, Oklahoma-raised American married to a recently naturalized Indian American with a Portuguese name and a Persian mother who speaks the Queen’s English, I’m curious about the ways others consider home. Is it a functional site or must it contain history? Is it mobile nostalgia? Is it location role playing? Is it a basic human need, patriotic, a birthright, or an antiquated idea in an easily traversed globe? Is it family and is it hyphenated? Is it a place you leave? Is it even real?

It’s likely I arrived with too much baggage and high hopes to view Home: Human = Cage: Cockatoo in the Center for the Arts Gallery at Towson University. According to guest curator Cheryl Harper, she selected the six artists: Margaret Rogers, Avi Gupta, David Page, Ben Marcin, Katherine Sifers, and Mary Beth Muscara because they address an unconventional domestic space and she hoped the exhibition “could provide a contemporary spin on hearth and home.” While it’s possible to connect the works on view via an approach to home and perhaps even the discomfort of being a caged bird, after viewing the exhibition twice I found the curatorial framework of the show to be a barrier, rather than a point of access. Language is sticky. When a curator cites an exhibition as revelatory and specifically unconventional, it’s highly likely that an artist’s work will fall short. Curatorial hyperbole distracts from what a work does by focusing a viewer on how a work is defined. Directly facing the gallery entrance, Margaret Roger’s installation Elements (Eugenia) appears as a monument to and portrait of her mother. The work is deeply personal, as if each component is fashioned in the image of an existing twin. There is a felt absence and an intentional regression to childhood memories. I see the installation as an expansion of a child’s drawing. The scale is slightly off. The framed photos hung a bit too high, a stag’s head slightly too small, a fireplace mantel a fraction too low. To some extent this awkwardness is charming and gives each object personality beyond its existence as a prop or backdrop to recollecting the past. Less persuasive are the colorfully framed drawings of garments on clotheslines. A fraction too far past whimsical, the renderings feel clumsy and stiff compared with the rest of her work.

Avi Gupta’s Offerings is a grid of twenty-five images documenting the food he’s been offered by his hosts in Kolkata and DC. The arrangement formally compares the inert variations of ceramic plates, cutlery, table surfaces with low key patterns. Certain shapes begin to stand out and repeat, the most obvious are circles: large mostly white circles, smaller circles each with a slightly smaller inner circle of varying degrees of brown, red, and gray intercepted by narrow rectangles. Then there’s the food: yellow half moon shapes, warm crisp beige triangles, piles of small white ovals, flecked spongy rectangles. Beyond a visual rhythm, the work engages other senses by recalling the taste and smells of the family kitchen.

My favorite work of Gupta’s is his video Sitting Room, which, due to the format, manages to avoid the pitfalls of his printed photos whose presentation are casual and unflat. Rather than emphasizing the distracting materiality of the buckling paper, the video focuses our attention on slight actions: artificial leaves blowing, the whirling blades of an electric fan, the slow burning of a cigarette – achingly mundane moments in life that help us keep time.

David Page’s encased objects look as if heavy things fell into a vacuum-packing plastic pool and the ripples were recorded by an industrial strength quilting machine. The selections are oddly ominous, though the cohort is unclear; not all are domestic, not all are sharp. I particularly like the objects veiled behind opaque plastic. They allow me room to freely inspect their silhouette, enjoy their symmetry, and invent new tools. Formally alluring and possibly even functional in some post apocalyptic scenario, their qualities of shape, color, and material render each piece strong enough to exist in its own space. Unfortunately this necessary space has not been provided. The Yves Klein blue backdrop feels arbitrary and redundant, providing an overly comfortable ground that neutralizes the charge of each individual work. They no longer appear as objects that have been very intentionally acted upon, but as flattened shapes stuck on a decorative wall.

Ben Marcin photographs lone row houses, defiant survivors of urban decline, and abandoned homes being reclaimed by the surrounding nature. While I’ve seen Marcin’s work online, this was my first time seeing the images in person. Through a computer screen, practical concerns of print size and presentation are irrelevant; I saw the images as beautiful documentation of a striking but familiar narrative, sensing that each place was carefully selected by the artist. Some sites were photographed in different seasons making it clear that Marcin revisited the same place over time. This potential attachment and shared voyeurism was touching. In person, the framed prints feel less specific and less cherished. Each piece is sort of medium in size; some images are framed in pairs; some are matted; the installation is sort of in a grid, sort of in a line. Marcin’s photographs would have benefited from more curatorial discretion. Currently, it’s an indecisive presentation of  too much work that obstructs the sharp and careful composition of Marcin’s haunting images.

Perched on pedestals of varying heights, overhead projectors reflect saturated negatives at the wall. Katherine Sifers’ installation presents several different interpretations of the same experience. There’s the actual film negatives sitting on the projectors. Backlit, saturated, and vivid, these are evidence of an encounter. I most enjoy comparing the projections and the artist’s printed photographs. The projections are hazy, in the slow motion process of going out of focus. Through the light of the projector, they’ve taken on a green patina which lends itself to the nostalgic quality of the images. My associations are equally fuzzy: seeing Morandi’s stilllifes next to a vitrine of the objects he painted, vanitas paintings, the wilting of flowers, the rotting of fruit, with the low hum of the machines; it’s as if I’m waking up after a deep sleep and the image is getting away.

Mary Beth Muscara’s five sculptures are scattered throughout the show. A large cardboard geode / fractal face / multiplying origami fortune teller guards the gallery entrance. Muscara’s stronger works are a refreshing break from the rectangles and framed constraints of the rest of the exhibition. The exception, They bend as though it were natural and godly to bend, they rise in a stiff sweetness, was created for the exhibition. It sits obediently behind blue tape and lacks the obvious love of combining disparate materials and a playful practice of gathering, collecting, and assembly present in her other works. In All things are equal in their dependence upon other (Standing Painting), Muscara has applied the same ritual of stacking and balance to her own salvaged paintings. She’s not overly precious or sentimental about the cycle of recollecting, dismantling, and reconfiguring.

The first thing one sees when entering the gallery is Harper’s wall mounted essay. Two out of the four paragraphs are devoted to explaining the process by which she selected the artists. As a member of the Artscape Gallery Network, the exhibition curator was tasked with selecting artists from digital images from a temporary Sondheim database. Additionally, Towson University requested the work be new.

I can appreciate how working this way is challenging for a curator. Rather than beginning with artists in mind or with a concept, she had to begin somewhere in the middle. This method of working may explain why Artscape satellite exhibitions tend to result in a collection of individual artist surveys. While much of the work in Home: Human = Cage: Cockatoo is engaging and elicits enough curiosity from a viewer to investigate further, the overarching theme offers limited insight and sparks even less discourse into each artist’s practice. Overlaps and commonalities feel forced and an expected result of close proximity. Such exhibitions would benefit from, and it would be a service to the represented artists, to name them as they are: a survey of artists working regionally – a juried exhibition “curated” by one juror. As an exhibition centered on home, everyone is grounded. Let’s sneak out after curfew.

All images courtesy of Alex Ebstein and Center for the Arts Gallery, Towson University

* Author Lu Zhang is a Baltimore-based artist and a Managing Editor at Bmoreart. Lu also works at The Contemporary and teaches part-time at MICA.