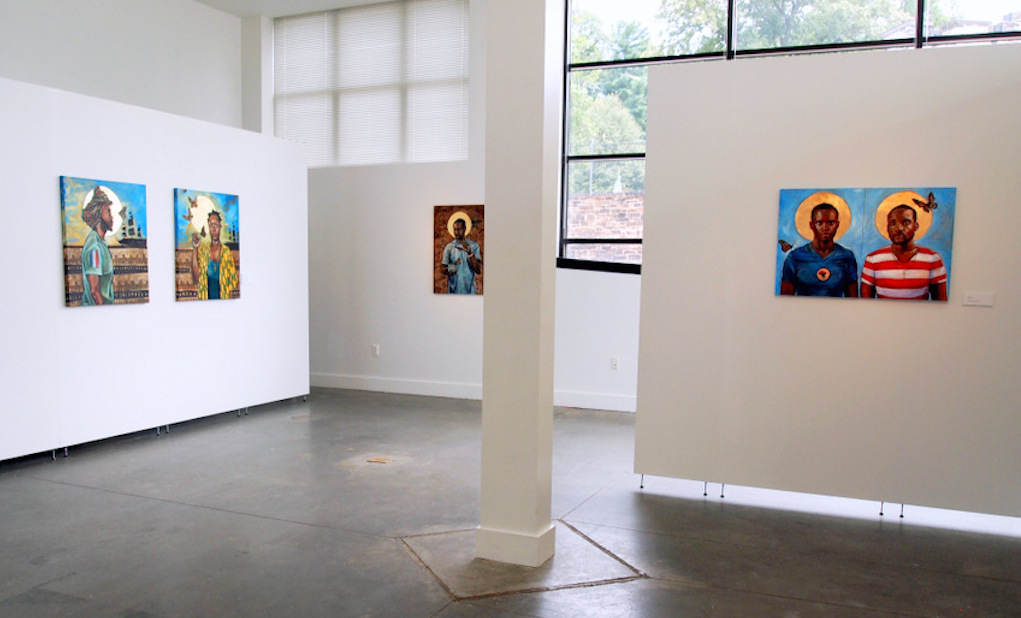 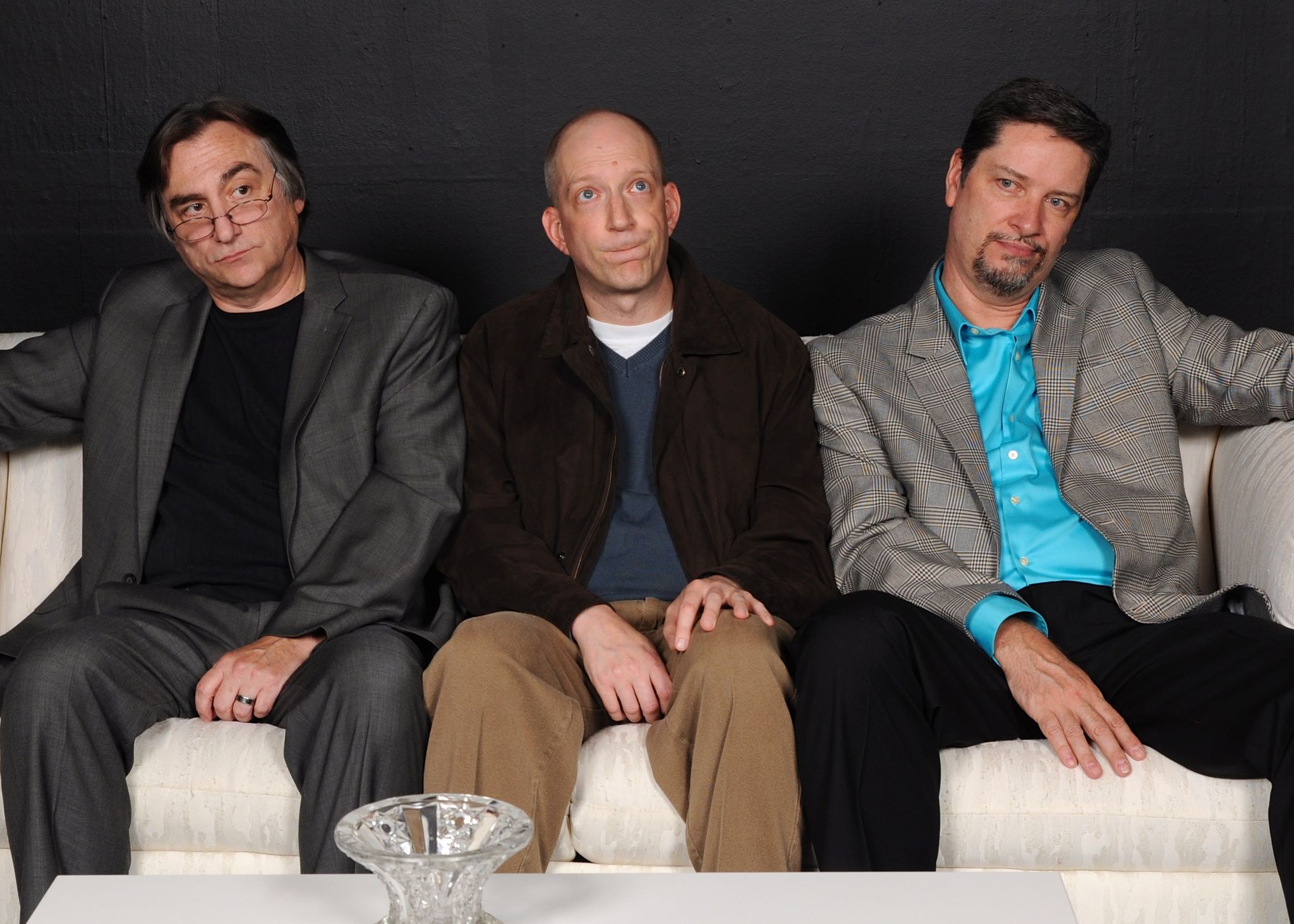 The Vagabond Theater in Fells Point has begun its 99th season of continuous production with Art, a thought provoking comedy written by Yasmina Reza and translated by Christopher Hampton. The performance, directed by Howard Berkowitz is about the essence of visual art and what it says about the people who respond to it, buy it, and sometimes violently object to it.

Three men, lifelong friends, find themselves at a troubling crossroad and question the relevance and meaning of their friendships. The catalyst for their dismay is the acquisition of a particularly expensive work of art. Serge, played by Steven Shriner, has purchased what he believes is a masterpiece of contemporary painting and Marc, played by Mark Scharf, is horrified by the pretense of buying a painting that is a blank, white surface. Eric C Stien plays Yvon who is willing to say he loves it or hates it if it will make the other two stop fighting. The monochromatic set, designed by Maurice “Moe” Conn in varying shades of lavender, invites the audience to imagine, even before the show begins, how they might fill the empty canvases that hang on the walls. When the scenes change from one apartment to the next, the only indication, besides a subtle shift in the lighting, is a painting that appears with the transition. There is a classic landscape that represents Mark, a “motel” painting that represents Yvan and, of course, the white canvas, which represents Serge. These changes happen seamlessly thanks to the expertly handled lighting design by Charles Danforth, III.

The show opens with Serge delightedly showing off his staggeringly expensive painting to Marc who hates it. The very first expression on Scharfs’ face sets the entire audience into fits of laughter and those brilliantly deadpan expressions continue throughout the production. Serge is, in turns, patient with his friend’s lack of understanding and insulted by his unwillingness to try. The conversation that ensues, and the entirety of the play, explores what it means to embrace or reject various works of art; how truth and beauty can be lost or enhanced by conceptual expressions and how societal fashion and personal ambitions can influence individual tastes.

A conversation like this could be heavy and hard to watch if a third element weren’t introduced. That element is the character of Yvan. Stein plays Yvan with such frenetic energy that it’s impossible for the audience to look away. The result is a delightful rollercoaster ride on the wave of anxiety that drives him to try to please everyone. While Serge charms the audience and embraces his own ego with his aesthetic understanding of conceptual art, Marc mocks and ridicules his friend’s new found passion like a jealous lover. All the while, Yvon keeps the play grounded in the real world with a comedic personal drama that varies from hilarious to pathetically sad.

Art’s quick pacing is crisp and appreciated by the audience who has come for a fun night out, but it also slightly detracts from the parts of the play that are deepest. There is no intermission in this production, so there is no interruption in the zings and barbs that ricochet from one to the other in such rapid succession that when Marc’s character finally understands what ‘White’ represents, the audience is still laughing, not realizing that Marc’s character has made a shift. This play could benefit from some space for the audience to reflect on the questions that it asks.

Does the fact that we do not understand new concepts mean that we are atrophying emotionally and intellectually? Do we betray our foundational roots and each other when we embrace something innovative?  And, as stated in the performance, what will our art say about us after we have “moved through space and disappeared?”

The beauty of a well written play is that, whatever choices a director makes, and in this case Howard Berkowitz gets mostly excellent marks, the words of the play will resonate long afterward in the thoughts of its viewer. Art at Vagabond Theatre is a smart and fun experience. The acting is cohesive and the chemistry is palpable between the three men. The production team was so seamless that it was easy to get lost in the world of the characters without technical distractions. In short, I recommend it. The Vagabond Theater is the longest running community theater in the United States. It is the only theater to be able to boast 99 years of continuous production. Art is the kickoff production for this season and will be running until September 28, 2014.