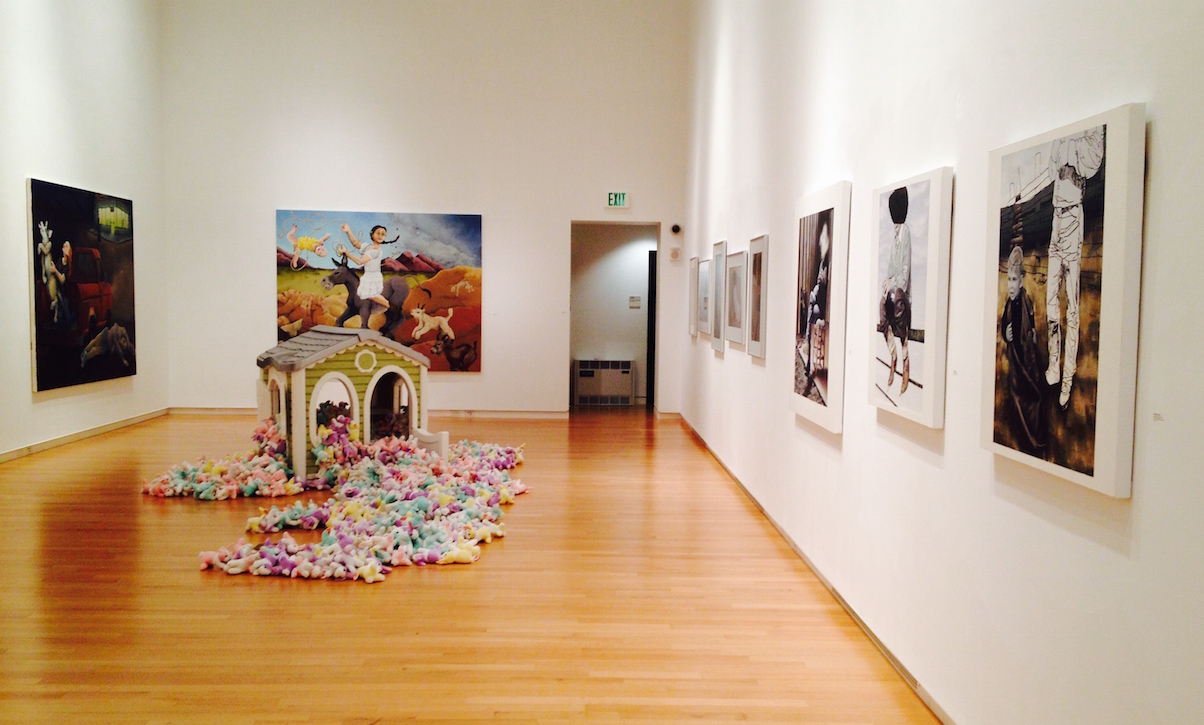 We Saw This, So Should You: Juvenescence at Silbe [...] 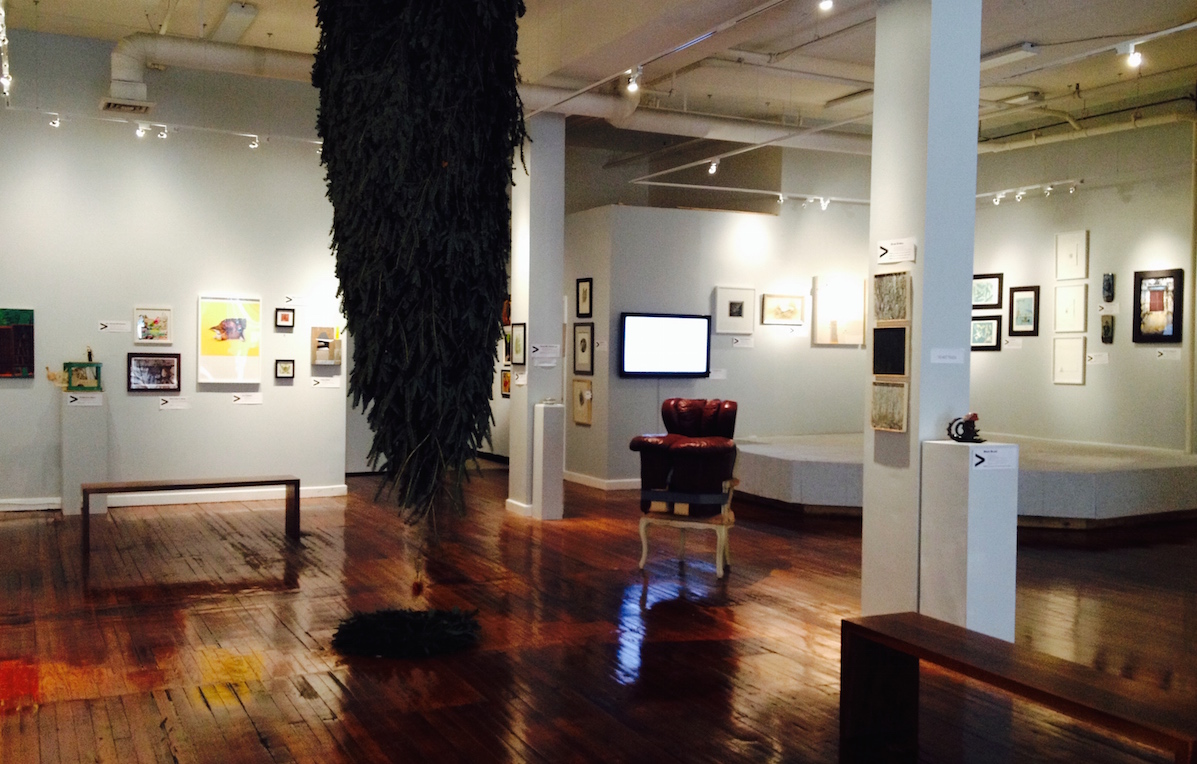 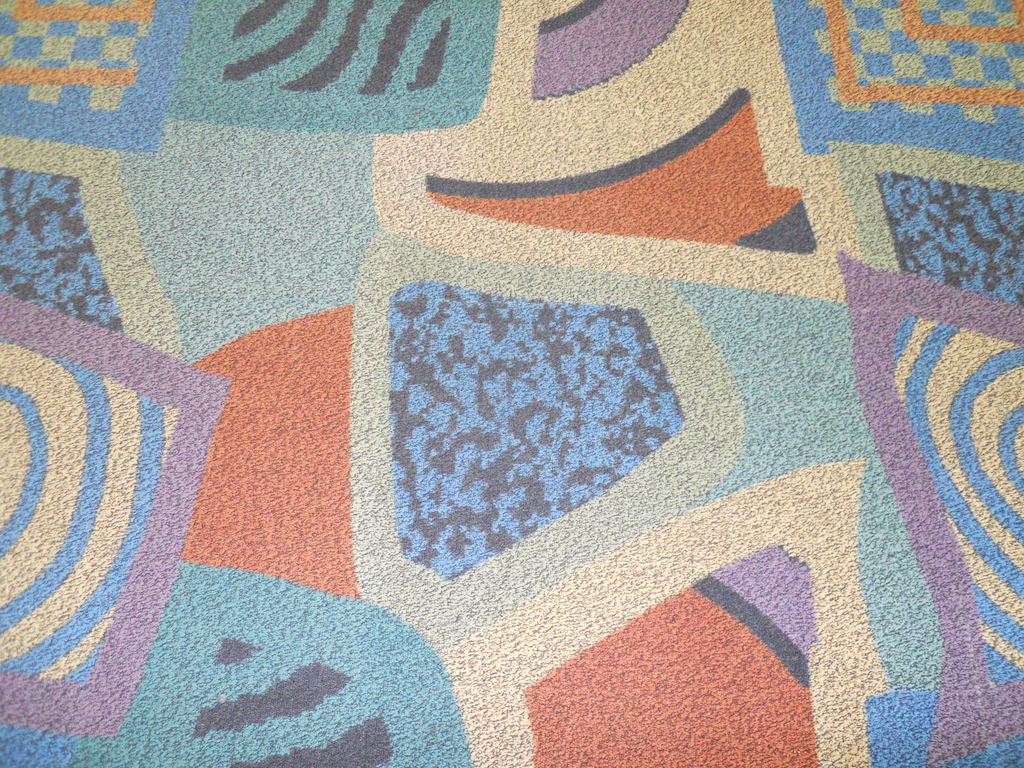 Last week, standing in the press registration line at the Basel Vernissage, a gauntlet that seems to grow more and more challenging annually, I stared at the Miami Beach convention center’s carpeting for the first time. I immediately thought of Seth Adelsberger’s carpets at the Baltimore Museum of Art. Here, some of the world’s most high-brow goods are exchanged on a floor that looks like the “Saved by the Bell” opening credits.

Inside the fair, the first piece that caught my eye was David Salle’s “Falling into Bed” at Skarstedt. I really like that it’s composed of imagery that’s rendered in different styles and different orientations. I would love to see it hung on the ceiling or lying on the floor. My friend Jared and I had just been joking about how much 3D work there is at Basel this year, as opposed to the more readily salable paintings that dominate the other fairs.

We mused that perhaps the surge in sculpture and installation is indicative of how much empty space the world’s uber-rich now find themselves in possession of in numerous pied-à-terres. The glassy new condo towers piercing Manhattan’s skyline and mega-mansions carved out of London’s Victorian housing stock frequently have little interior wallspace but an embarrassing surplus of floorspace. If I lived in a big transparent cube 800 feet above 57th street, I would buy this painting and hang it from the ceiling above my big, hypothetical, expensive bed.

Each side is an exquisite corpse comprised of record sleeves. I like this side because it has the weirdest perspective and is the only one to fill the slot for shins.

“Positions” is one of my favorite curated sectors of the fair. Here, galleries are invited to each present a major project by a single artist. London’s Carroll/Fletcher showed Constant Dullart’s bizarre, immersive installation that channeled the aesthetic of convention centers’ more traditional trade fairs. The booth was a faux-marketing center for a company that supplies hacking services to world governments to spy on their own citizens. It’s really well done, complete with a deceptive infomercial that at first seems to be warning consumers about cybersecurity risks before revealing the nature of the “product” offered.

The series includes larger-than-life images produced with a flatbed scanner. In some, body parts and consumer goods offering a snapshot of Americana are pressed up against the glass.

Eerily, there are traditional photographs mixed into the series that mimic the formal qualities of the scans. These feature animals in captivity, sometimes pressing themselves against their smudged glass cages with the reflections of zoo visitors barely visible. They remind me of criticism of anthropology and the “people zoos” of the early years of globalization. Here, the artist’s culture and the captive specimen are presented in a visually analogous manner.

In a more overtly political move, Greece’s Kalfayan Galleries showed work by the Syrian-born artist Hrair Sarkissian. His work is one of my absolute favorite highlights at Basel. Sarkissian built a scale model of his parents’ apartment building in war-ravaged Syria. In one video, we see the model slowly eroding to an all-too-familiar pile of rubble. In a smaller screen, we see the artist wielding a sledge hammer. It potentially speaks to a desire to distance oneself from one’s troubled roots. Equally, it suggests the guilt one might feel over the implied complicity of watching the Middle East crumble from the relative safety of the West.

There’s an even more ambiguous quality to Nino Cais’s work being shown at Sao Paulo’s Central Galeria de Arte. I’m familiar with the artist’s work, which is usually portraiture in which a figure’s identity is concealed (or perhaps revealed) by an assortment of objects. In this series, however, the artist mashes up historical representations of idealized/idolized women with fruits and vegetables in nylon pantyhose.

I was surprised to see the Berlin gallery Dan Gunn’s entire booth devoted to a theatrical production by Tracey Rose.

I intended to come back to the fair at a less frantic time than the crowded vernissage (where it is practically impossible to hear/focus on a performance) but I never got a chance to.

Similarly, I had a really hard time seeing Meleko Mokgosi’s gorgeous panoramic paintings of people with dogs at Honor Fraser’s booth. I love that they hung the long canvas at a diagonal to reduce the size of the booth and force viewers into a more intimate position with the work. Positioning the painting off the wall and closer to the viewer makes it less of an image and more of an object whose brushstrokes and textures must be confronted up-close in a confined space.

The problem with this strategy is that the work was so popular it was almost always crowded and hard to see in its entirety.

At Galerie Urs Meile, just outside “Positions,” nearly every person I saw approached this piece as if to touch it, hesitated, and then read the wall text and walked away, looking disappointed.

My buddy Jared and I simultaneously said aloud “Everyone probably thinks this is a Félix González-Torres.” It is not. No candy to be had here. It’s “Mountain of Gold” by Hu Qingyan and it’s just gold paper. I can’t really tell if I like it or not because I can’t see it without thinking about the fact that it’s not the candy piece. But hey, if you’re a Russian oil baron with a fledgling interest in the arts and a big, empty second home in London, it might be fun to buy a big, empty pile of gold paper, stick it in your big, empty excavated sub-basement living room and watch all your art friends try to eat it at parties. (At Basel, I like to construct elaborate, vivid fantasy lives for the hypothetical purchasers of certain artworks.)

Unlike Urs Meile, Galerie Lelong apparently did get the memo that Miami wants to see actual pieces by legendary Cuban-American artists, not just lookalikes. I was really impressed that they were showing three, extremely scarce pieces by the tragically short-lived godmother of performance art Ana Mendieta.

This reminded me that I had to rush across Biscayne Bay for MICA alum Vincent Tiley’s piece at Zones Art Fair in Little Haiti. The piece is part of a show I co-curated with Liz Ferrer, “The ‘Planet Hollywood’ of Newer Genres.” Tiley created an interlocking garment to be worn by himself and two others. Here, Blew Velvet and Local Honey modeled the work with him for several hours.

The “garment” is covered in studs and a few patches of paint, almost giving the impression that the wearers have been calcified into a human coral reef or barnacled statue.

The piece speaks to endurance not only from the perspective of its labor-intensive fabrication, but its performance as well — it weighs a ton and requires the wearers to hold awkward positions together for the duration of its display.

Part of the show’s overall concept is integrating performative work or happenings into the culture of object display—through either documentation or physical remnants from a time-based work. While I had been at the vernissage, my collaborator Liz began curating the indexical objects of performances that had already happened into the space. I love this eyelash left behind by Anita Shave.

Anita and the rest of the House of Gunt also left a glamorous wake of destruction that Liz preserved as an installation.

Before the craziness of Basel week started, Monica Lopez de Victoria (of the TM Sisters) and I hosted a Sunday #GOTHBRUNCH in the space to kick off our show. The events grew out of an inside joke that became an internet meme after Basel a few years ago. I have been putting them on as art happenings that generate their own documentation since. At this one, attendees were invited to bring clothing to dye black in a communal dye bath. Liz and I preserved and hung the canvas drop cloth as a painting entitled “Dyeing to Fit In”.

We noticed a big group of the instant photos we had been using to document performances were missing. Thankfully, part of the #GOTHBRUNCH set-up included a piñata I made that’s based on Baltimore’s blue light cameras, with a tiny nanny cam hooked up to a VHS system. Although the crappy analog surveillance system was intended to produce documentation of the event, it actually ended up catching someone stealing the photos!

Liz recognized the guy, and a few facebook messages later, our documentation was returned by a very sheepish would-be-art-thief. I only mention this story because it’s 1000x funnier considering that the same night my tongue-in-cheek piñata rigged with $20 analog surveillance equipment hooked up to a VCR ended up solving a mystery, an $85,000 Picasso was stolen from the high-security tent of Art Miami.

Since there’s really no money to be made in curating performance art, Liz Ferrer and I are changing professions and will be working as art security consultants next year. It will be exactly like the film “The Thomas Crown Affair” but maybe a musical.

Author Michael Farley was born at John’s Hokpins Hospital, attended MICA for a BFA in Interdisciplinary Sculptural Studies, and recently received an MFA in Imaging Media and Digital Arts from UMBC. He has a complicated relationship with institutional critique. Although he went to digital art school, he has no website, but did switch to electronic cigarettes.