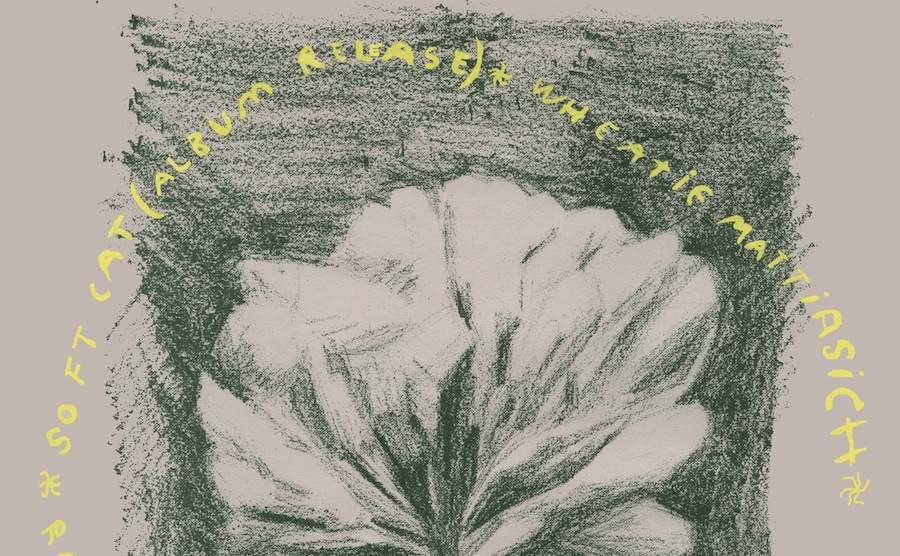 Press Press’s Run It at Penthouse Gallery by Madeline Wheeler

After a weekend-long celebration of print media in conjunction with the BMA’s Print Fair and Open Spaces’ Sixth Annual Publication and Multiples Fair, few would believe that one of the city’s best displays of print work took place at the Copycat Building’s Penthouse Gallery. While exhibits at the Copycat can occasionally feel haphazardly thrown together, Press Press’s Run It was a well-curated show that displayed a vast range of printed work from artists Caeli Carr-Potter, Tristan Scow, Mary Reisenwitz, Kate Klingbeil, Chris Williford and Vivian Loh.

Run It was curated by Co-Founder Sonja Solvang of Press Press, a Baltimore-based interdisciplinary publishing initiative that aims to “build open, active platforms of social engagement” through publishing, pop-up print shops, events, and distribution of print media. Solvang was present at the show’s ALLOVERSTREET opening, greeting visitors as they entered with Publication and Multiples Fair pamphlets, and explaining how to purchase pieces in the show via email.

Many artists and collectors agree that prints are an underappreciated art form, often solely considered for their aesthetic or decorative value. At times, it seems as though audiences take prints less seriously as they are not unique, as if the fact that they’ve been duplicated and can be replicated diminishes their artistic message.

Run It showcased bold work that proved these generalizations to be anything but the case. Featuring nearly 25 pieces, the show highlighted the broad scope of printmaking techniques such as monotypes, digital inkjets, screen prints, lithography, and pen and ink works created with a plotter printer. The large, white gallery space was neither barren nor inundated with artworks, and a comfortable seating area of mismatched couches, chairs and potted plants invited visitors to sit and take in the exhibit as a whole.

Artist Tristan Scow’s vibrant digital inkjet prints stood out for their uncanny multi-dimensionality and texture. While often prints can appear incredibly flat due to their inherent nature, Scow used a combination of bold color, strategic fading, and fine line pattern to create a sense of space in a sort of optical illusion.

Scow’s “Double Peep into the Machine” juxtaposes two similar prints in orange and blue, that resemble highly stylized images of a shattered window. The prints’ dark spider web-like lines pop out of the viewer, and it is only upon closer inspection that one can see how they’ve been superimposed on an intricate bed of Ben-Day dots or thin vertical stripes. The artist’s use of these dots not only alludes to their patron saint Roy Lichtenstein—whose work often featured the iconic dots—but also the classic printmaking technique started by industrial presses and newspapers.

Artist Mary Reisenwitz also experiments with three dimensionality and optical illusion in her pen and ink works created with a plotter printer. Featuring monotone compositions of thin lines in solid navy, purple, or black, Reisenwitz’s works are more delicate than Scow’s, and when displayed with vibrant, large scale works, begin to fade into the gallery wall. Nonetheless, the artist’s ability to produce lines as fine as single strands of hair is a remarkable technical feat. In “pltr_16_2” and “pltr_11”, the works’ lines coalesce into oblong shapes and dark folds that resemble draped fabric.

Although Scow and Reisenwitz’s works are captivating, the show’s true standout is Kate Klingbeil’s “Support”, a stop motion animation of a stone lithograph projected on the gallery’s wall. The animation involves loop footage of twelve printed paper female figures dancing, bending, and stretching their hinged limbs. Klingbeil’s simple stop motion animation is entrancing, a silent dance conducted by projected paper dolls. The original stone lithograph work in encased in Plexiglas and is hung on the wall to the right of the projection, allowing visitors a chance to realize the original’s small scale.

Other works are decidedly less compelling. Scow’s ombre pastel colored “Sherbert” and “Sample Hiss” prints read as flat, commercial posters one would see sold at Coachella or Urban Outfitters. Artist Chris Williford demonstrates that yes, you can create a digital print on a beach towel, but the viewer is left wondering why he chose to do so. Overall, curator Sonja Solvang made conscious choices, selecting pieces that could carry a dialogue with one another and displaying artists eager to experiment with various print techniques and styles.

Run It was one of the three events Press Press held as part of their Press Press Fleekend, a weekend of programing in conjunction with the BMA and Open Spaces’ art fairs. Press Press Fleekend included The No-No Show, a banned books zine library curated by Press Press Co-Founder Kimi Hanauer, and a live zine print shop at their booth during the Publications and Multiples Fair.

With their discerning eye for inventive print work, one can only hope there is more to come from Press Press in the near future.

Author Madeline Wheeler is a Baltimore-based writer from San Francisco enamored with ALLOVERSTREET and art documentaries. When she is not secluded to her apartment writing, she can be found dancing at The Crown or finding the latest pho place. You can read more of her writing at Brine blog.