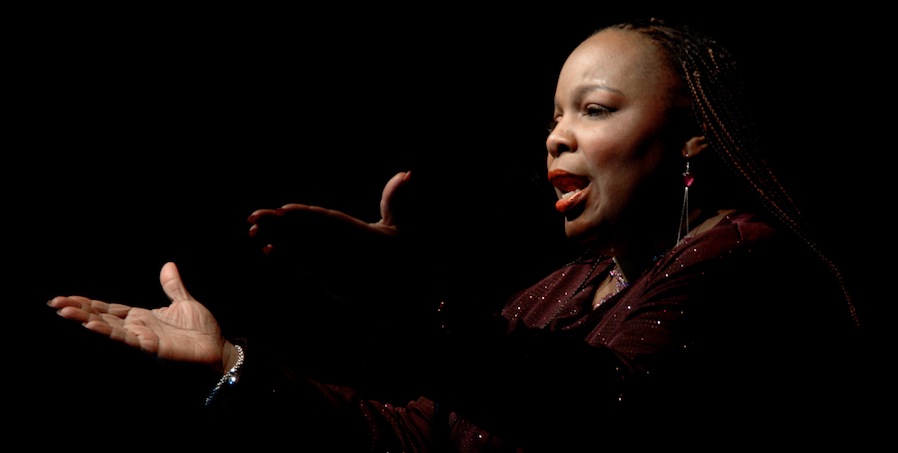 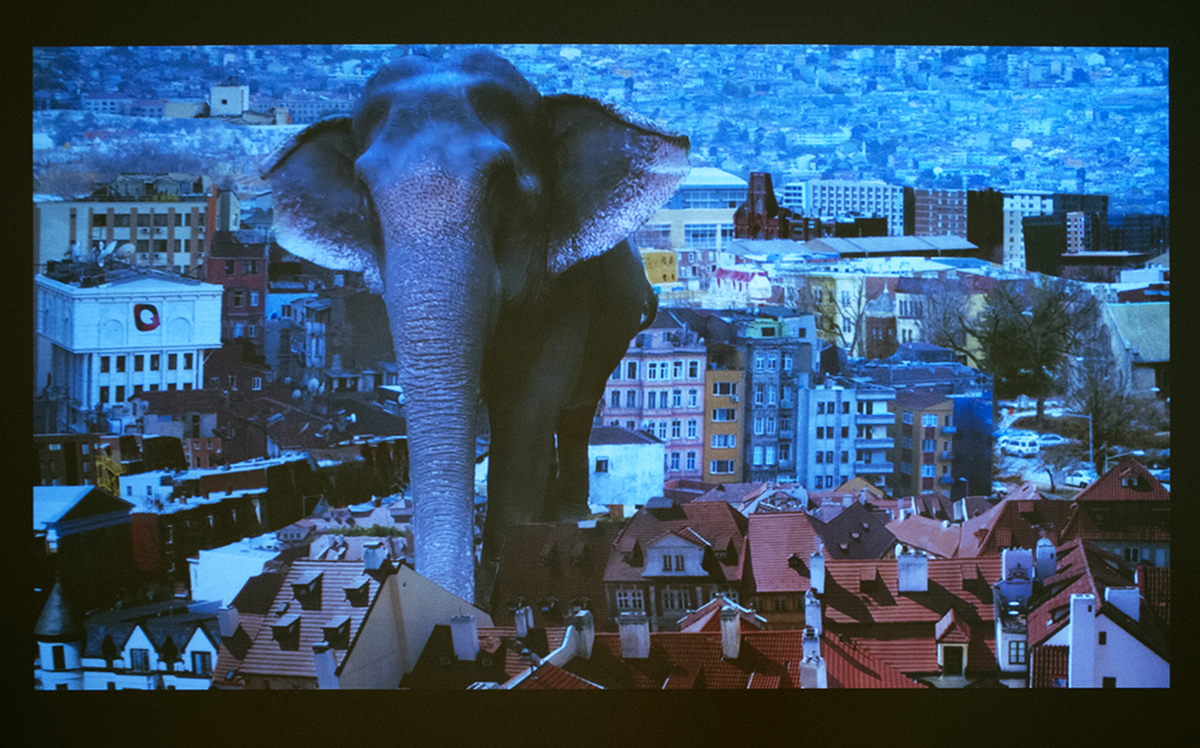 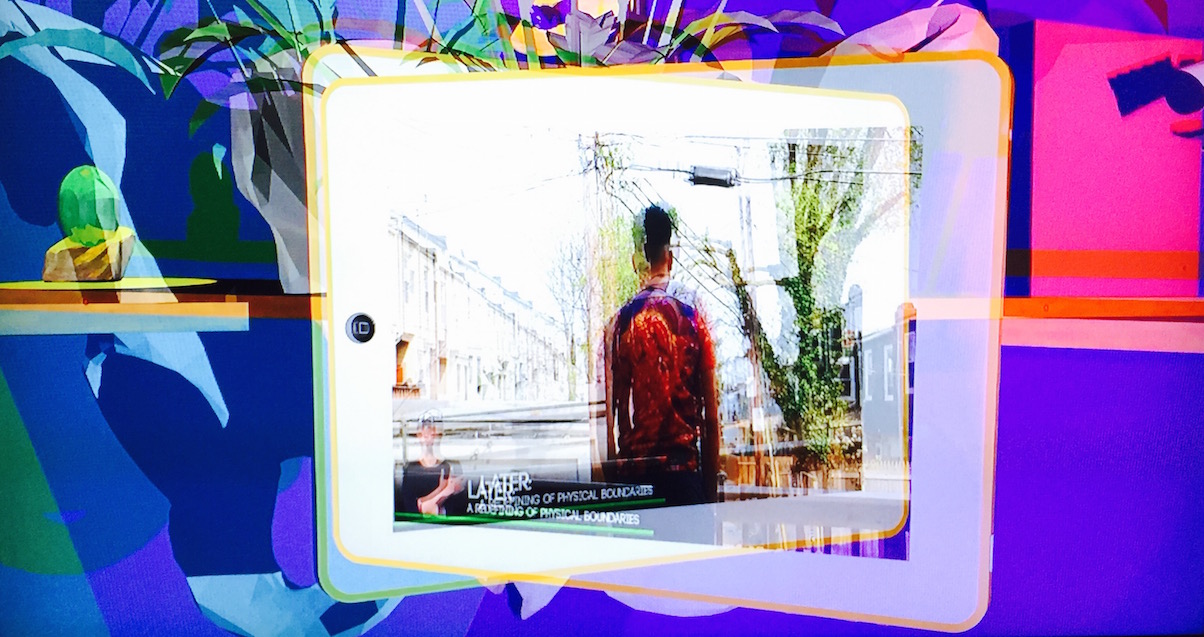 This year, for the Sondheim Prize’s TENTH year, the exhibition of finalists features six artists and one duo and all are from Baltimore.

The finalists are Mequitta Ahuja, Zoë Charlton, Benjamin Kelley, Magnolia Laurie, Jim Leach, Ryan Syrell and the duo of Malcolm Lomax and Daniel Wickerham, known as Wickerham & Lomax (DUOX). Work from all seven finalists will be on display at the Baltimore Museum of Art from June 24 through August 9, 2015.

The winner of the $25,000 fellowship — established to “assist in furthering the career of a visual artist or visual artist collaborators living and working in the Greater Baltimore region” — will be announced during an awards ceremony and reception scheduled for July 11 at the BMA. The other six finalists receive $2,500 honorariums used mainly to offset the expense of mounting their exhibitions.

All photos by Cara Ober. Mequitta Ahuja’s figurative paintings and works on paper employ Indian painting traditions and reference her African-American and East Indian background. Ahuja has an extensive exhibition history that includes shows at The Studio Museum in Harlem (New York, NY, 2010, 2011, 2012), the Smithsonian National Portrait Gallery (Washington, D.C., 2009, 2012), The Museum of Fine Arts Houston (Houston, TX, 2008), The Brooklyn Museum (Brooklyn, NY, 2007), and the Museum of Contemporary Art Chicago (Chicago, IL, 2005). Her artwork is in the collections of the Minneapolis Institute of Arts (Minneapolis, MN), the Philadelphia Museum of Art (Philadelphia, PA), and the Urlich Museum (Wichita, KS), among others. Additionally, she has an upcoming exhibit of seven works at the Saatchi Gallery (London, UK, 2015). An artists’ residency at the Maryland Institute College of Art brought Ahuja to Baltimore in 2011 where she received a Maryland State Arts Council Individual Artist Award in 2013. She is also a recipient of both a Louis Comfort Tiffany Award (2011) and a Joan Mitchell Award (2009). Ahuja received her Masters of Fine Art from the University of Illinois in 2003 and her Bachelors of Art from Hampshire College in 1998.

Zoë Charlton creates detailed drawings that explore the ironies of contemporary social and cultural stereotypes. She is an Associate Professor of Art at American University and is represented by CONNERSMITH gallery in Washington D.C. She In addition to CONNERSMITH (Washington, D.C., 2013), her exhibitions include the Delaware Center for the Contemporary Arts (Wilmington, DE, 2009), and Wendy Cooper Gallery (Chicago, IL, 2006). Her work has been included in national and international exhibitions at the Harvey B. Gantt Center for African-American Arts + Culture (Charlotte, NC, 2015), Crystal Bridges Museum of American Art (Bentonville, AR, 2014), Studio Museum Harlem (New York, NY, 2012), Contemporary Arts Museum Houston (Houston, TX, 2000), the Zacheta National Gallery of Art (Warsaw, Poland 2006), and Haas & Fischer gallery (Zurich, Switzerland, 2006). She is a recipient of a Pollock-Krasner grant (2012) and a Rubys grant (2014). She received her Masters of Fine Art from the University of Texas at Austin and participated in residencies at the Skowhegan School of Painting (Skowhegan, ME, 2001), Creative Alliance (Baltimore, MD, 2003), and ART342 (Fort Collins, CO, 2010).

With motives driven by the smell of oak, high heels on glass, and the elegance of precision, Benjamin Kelley re-contextualizes found objects with altered and fabricated structures. His local and national solo exhibitions include CONNERSMITH (Washington, D.C., 2013), Open Space (Baltimore, MD, 2011) and Patty and Rusty Rueff Gallery at Purdue University (West Lafayette, IN, 2009), among others. Group exhibitions include those at The Contemporary (Baltimore, MD, 2012), Maryland Art Place (Baltimore, MD, 2011, 2010), Gallery Four (Baltimore, MD, 2010) and Creative Alliance (Baltimore, MD, 2009). Kelley has been awarded the Toby Devon Lewis Fellowship (2010) and the GoGo Emerging Artist Projects of CONNERSMITH, Washington, D.C. (2010-2013). His work has also been featured in such publications as the Washington Post, Washington City Paper, and Baltimore City Paper. Benjamin Kelley is a 2010 Masters of Fine Art graduate of the Rinehart School of Sculpture at the Maryland Institute College of Art.

Wickerham & Lomax is the collaborative name of artists Malcolm Lomax and Daniel Wickerham. Formerly known as DUOX, the two have been collaborating since 2009. Working across diverse media (sculpture, installation, websites, prints, video, and performance), curatorial platforms, and institutional contexts, they have created a body of work that is focused on the deviation from the digital space to the physical space. Wickerham & Lomax have exhibited widely in both Baltimore and New York, including solo exhibitions at Springsteen Gallery (Baltimore, MD, 2015), the New Museum (New York, NY, 2014), Artists Space (New York, NY, 2012), Open Space (Baltimore, MD, 2009), as well as a solo exhibition at Link Art Center (Brescia, Italy, 2014) and an upcoming exhibition at AC Institute Art Gallery (New York, NY, 2015). They have also been included in several group exhibitions, including Baltimore, Contemporary Cross Section at the Silvermine Arts Center (New Canaan, CT, 2014) and Baltimore Liste at The Contemporary (Baltimore, MD, 2012). Wickerham and Lomax both received their Bachelors of Fine Art from the Maryland Institute College of Art in 2009.

Magnolia Laurie creates detailed paintings and installations that reference the sustained need to try and to build, with sometimes precarious results. She received her Bachelors of Art in Critical Social Thought from Mount Holyoke College and her Masters of Fine Art from the Mount Royal School of Art at the Maryland Institute College of Art. She is a former Hamiltonian Fellow (2009-2011) and was a Platform Artist in Washington, D.C.’s (e)merge Art Fair (2012, 2013). She has been awarded fellowships and residencies from the Virginia Center for the Creative Arts (2013), the Jentel Foundation in Wyoming (2013), the Creative Alliance in Baltimore (2007-2010), and the Vermont Studio Center (2007). Magnolia is a recipient of a Mid-Atlantic Creative Fellowship in 2015, a Maryland State Arts Council Grant in 2011, and an Individual Artist Grant from the Creative Baltimore Fund in 2009. Her recent solo exhibitions include those at frosch&portmann, (New York, NY, 2012) and VisArts (Rockville, MD, 2012). Her work has also been featured in exhibitions at the Marianne Boesky Gallery (New York, NY, 2014), Jordan Faye Contemporary (Baltimore, MD, 2014, 2013), School 33 Art Center (Baltimore, MD, 2013, 2010) and the Kemper Museum of Contemporary Art (Kansas City, MO, 2011). Laurie is also a faculty member at the Maryland Institute College of Art and American University.

Jim Leach’s sculpture has been in various solo and group exhibitions, including shows at the Creative Alliance (Baltimore, MD, 2014), Vox Populi (Philadelphia, PA, 2014), Maryland Art Place (Baltimore, MD, 2014), The Gowanus Loft (Brooklyn, NY, 2013) and Legation, A Gallery (Cleveland, OH, 2012). He also has an upcoming solo exhibition scheduled at The Sculpture Center (Cleveland, OH). In 2013, Leach was selected by Maryland Art Place for the 30: Thirty Creative Minds Under 30 lecture series and in 2014 to speak in Sculpture X: The Social Political Object. Leach has been reviewed in several periodicals including Cleveland’s Scene Magazine, Washington City Paper, and Baltimore’s BmoreArt. Leach received his Bachelors of Fine Art degree from Kent State University in 2011 and his Masters of Fine Art degree from the Rinehart School of Sculpture at the Maryland Institute College of Art in 2014, where he was the recipient of the 2012-2014 Rinehart Fellowship.

Check out BmoreArt images from Ryan Syrell’s recent solo exhibition at the John Fonda Gallery and a BmoreArt review from Current.

Ryan Syrell’s work focuses on the interrelationship between cartooning, abstraction, perception, and the recollection of visual data. Syrell’s work has recently been included in Baltimore, Contemporary Cross Section at the Silvermine Arts Center (New Canaan, CT, 2014), the Washington Project for The Arts’ Select 2014 at Artisphere (Arlington, VA) and the Marianne Boesky Gallery (New York, NY), as well as a solo exhibition entitled Roughed In at the John Fonda Gallery (Baltimore, MD, 2014). He has additionally been featured in exhibitions at Art Basel (Miami, FL, 2013), the Corcoran Gallery of Art (Washington, DC, 2013), Current Space (Baltimore, MD, 2013), the Everything Is Festival (Los Angeles, CA, 2012, 2010) and the Museum of Contemporary Art Detroit (2008), among several others. Catalogs featuring Ryan’s essays are in the collections of the Los Angeles County Museum of Art library, the International Center for Photography library and the Indie Photobook Library. In 2014, Ryan also received an Individual Artist Award from the Maryland State Art Council for his work in sculpture. He received his Bachelors of Fine Art from the State University of New York at Purchase.