Getting Jiggy With It 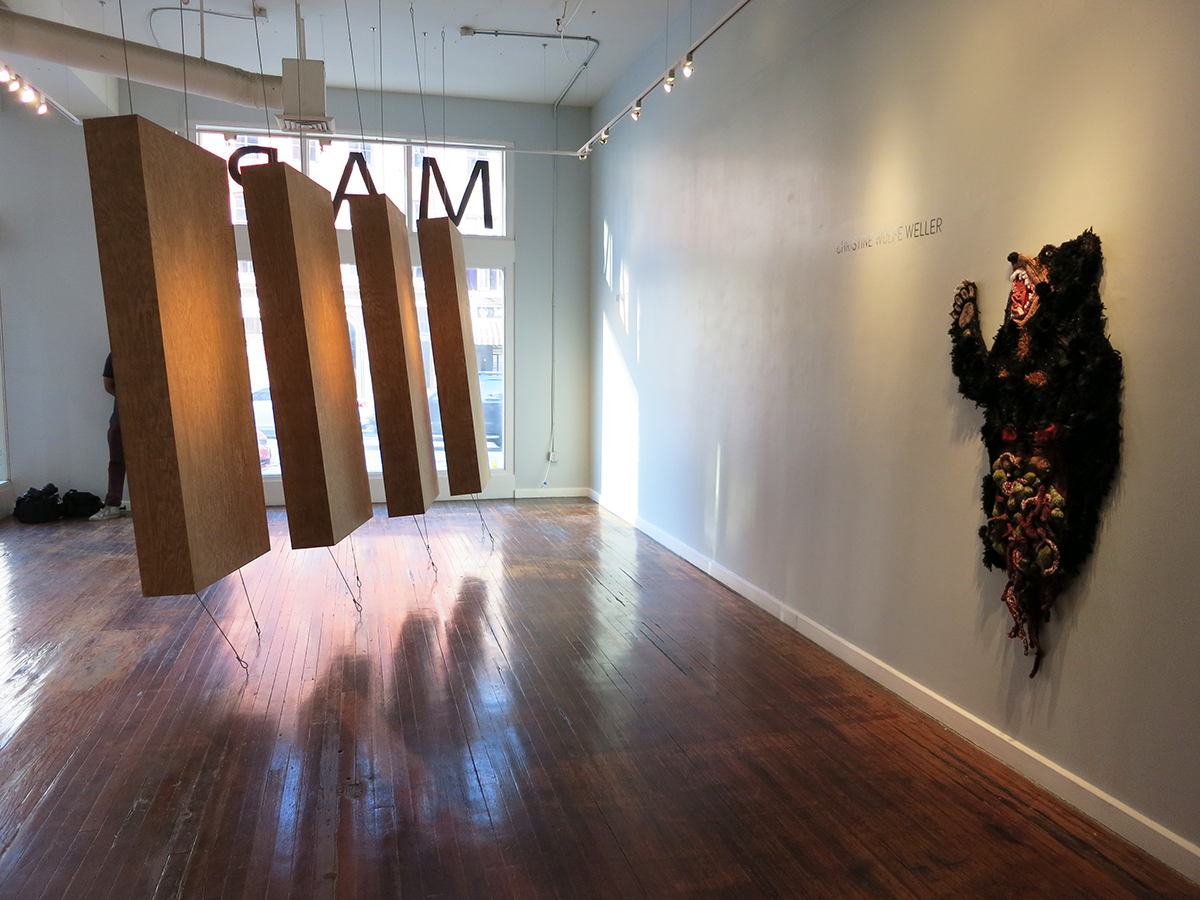 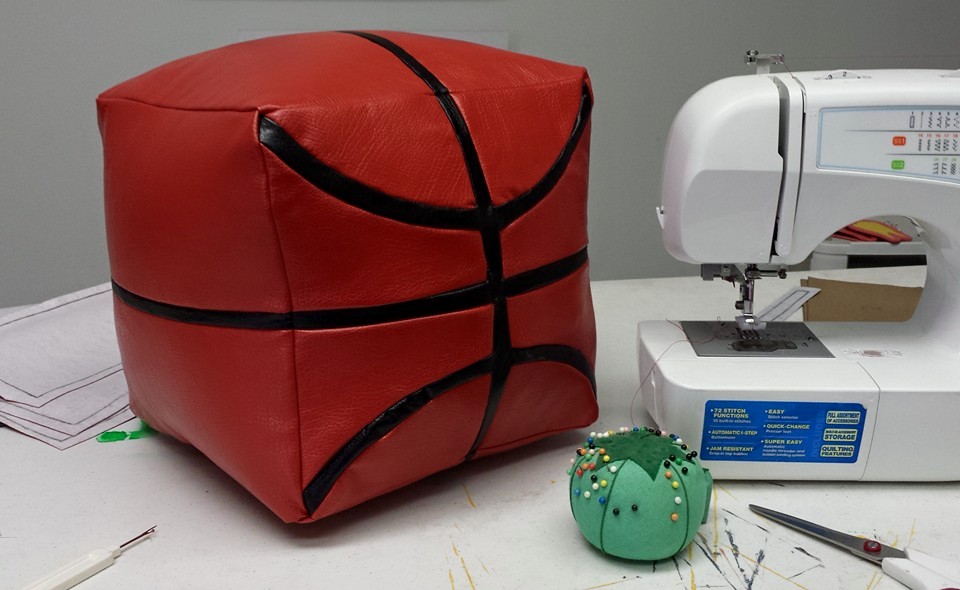 Visual Art
Getting Jiggy With It 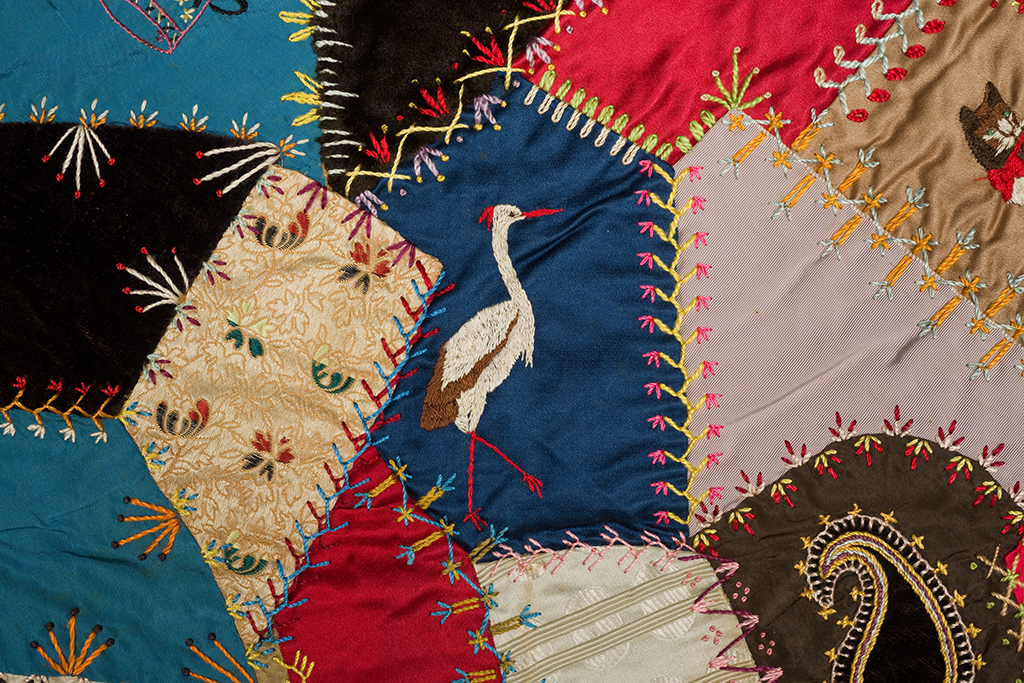 The seven pieces on display in the BMA’s Crazy Quilts exhibition aren’t the typical coverlets bespoke at your grandma’s quilting bee. They are jewel-toned jigsaw puzzles, each as unique as the hands that embroidered, painted and otherwise labored over them for years. The craftsmanship inherent in them is obvious. The art becomes palpable upon close inspection of the details…and the details are abundant. From fabric selection to the painstaking stitching of silken threads, these textiles are far from utilitarian and speak to an art form accessible to women at the turn of the 20th century. Full discloser: I love fibers. It was an immense pleasure to spend over an hour with the curator of the exhibit, Anita Jones, discussing the history of these quilts and how they ended up on display at the BMA. Jones was the driver behind the display and did an extraordinary amount of research on components of the museum’s collection that were never properly cataloged. In fact, many of the quilts displayed were labeled with vague descriptions of where they came from and who might have had a hand in making them. While she was able to piece some information together from diary entries and census data, much of the stories connected with the quilting is simply lost to time. But that barely detracts from their visual value.

“Crazy quilting” is an unique American textile art that had its heyday from 1880-1920. The agreed upon genesis date seems to be the Centennial Exposition which took place in Philadelphia in 1876. One source, speaking about the expo says:

Up until 1854, Japan had been closed to the rest of the world. The Exposition was the first time that the majority of Americans experienced Japanese culture, art and craft. Japanese (and Chinese, there wasn’t much distinction made at the time) ceramics especially influenced the fabric fad that was to come. The style of ceramics called “crazing,” characterized by spider web-like cracks on the surface of the glaze, caught the eye of the Western audience and was echoed in the textile designs to come.

Many of the motifs stitched on the surface of the quilts were inspired by the sights of the Japanese booth at the expo. Teapots, cups and fans are ever present, hand-embroidered with everything from silk to chenille thread. The spider web theme is also carried over in needlepoint patterns. The handwork on its own is intricate and inspiring. To view and entire piece with multiple panes of this painstaking stitching is overwhelming.

This new style of haphazard placement of varied shapes was a departure from the standard block form that most American quilters worked in at the time. Because of the drastic difference in style, it created a stir in the popular press with many outlets initially decrying the new style. Soon though, those same detractors became advocates with women’s magazines like Harpers selling kits complete with the fine fabrics favored for the craze. Out were cottons and linens, in were velvets, silks, and lace – the type of fabrics that dressmakers would have access too.

One such dressmaker was Baltimorean Minnie Minderlein, who is featured in the exhibit.  She had access to a wide array of fine fabrics and, like many of the upper middle class women who fueled the crazy quilt fire, had enough leisure time to fashion them together.  Curator Anita Jones found that the initials on the quilt matched the name of the woman who donated it to the museum, Minderlein herself.  She was able to find her occupation using census data, a rare match, as many women didn’t bother signing their work.

Makers didn’t bother either with “finishing” the quilts – there is no backing or batting on any of the pieces in the collection. If finished at all, women added a border around the body of the quilt and left it at that. These were labors of love and artistic expressions, never meant to be used on a bed.

By the 1920’s there was a backlash against the excess of crazy quilting and a reaction against the trend. The women once interested in communicating their creativity through crazy quilting backed away from it, saying that it wasn’t “artistic.” Modernism became the way of the day and the style was all but lost.

The BMA has 22 of these quilts in their collection – some, according to Jones, are questionably “crazy.” But she’s proud to have them and eager to show them off as art to the museum’s audience. It is worth a trip to take in the richness of color and to marvel at the complex construction of each unique textile.

Author Rebecca Juliette is a Maryland-based weaver and musician.

Crazy Quilts is on display through November 29, 2015 at the BMA.

A curator’s talk is planned for November as well as the following Free Family Sunday events:

Many thanks to Anita Jones for her time and to Anne Brown for images.