Giving Up the Ghost: Brandon Morse at MAP by Rowan Fulton 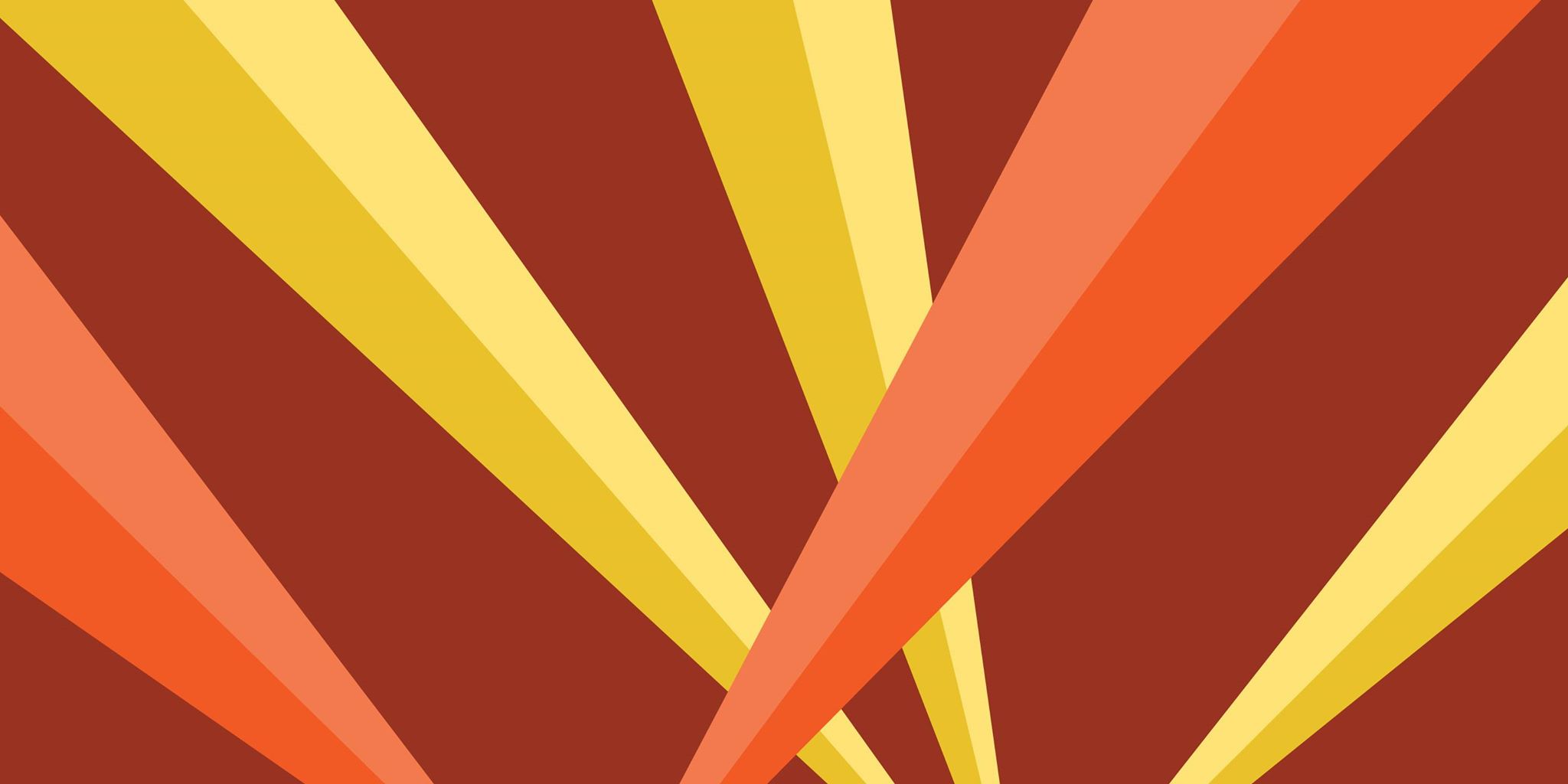 Visual Art
Giving Up the Ghost: Brandon Morse at MAP by Rowan Fulton 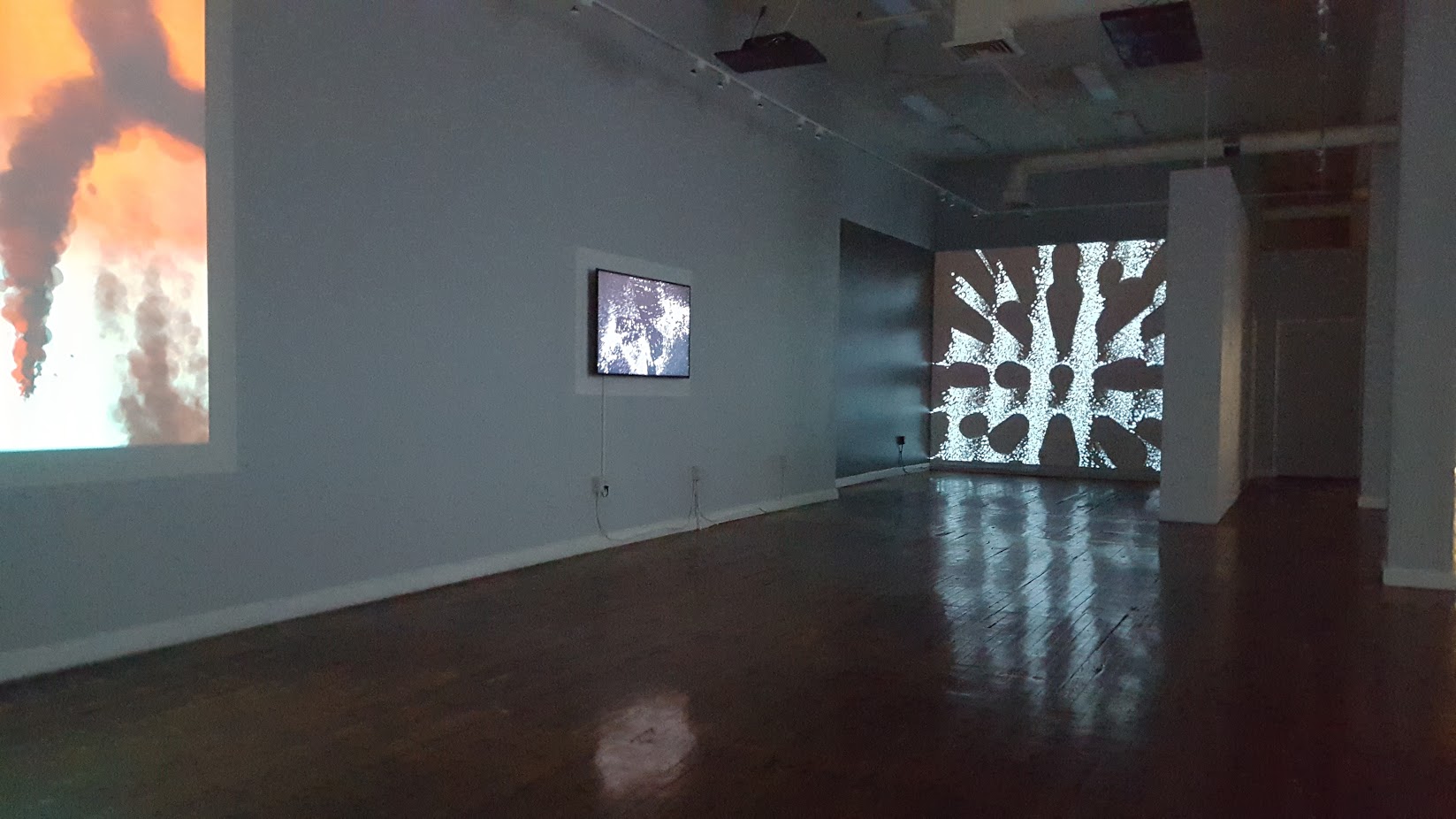 Entering the darkened room, I am greeted first by a large-scale moving image, a panoramic abstract field of clear cyan and blood red. I watch explosions of circular pixelated particles tumble across an expanse of screen and aggressively scatter color. Taking a seat on an adjacent bench, I watch for a time, waiting for something different or big to happen within the dark red cascading forms. Eventually I realize that the projected film does not loop or repeat itself. It is not an animation, but rather a generative artwork, an algorithm-based visual piece designed to create anticipated, yet uncontrollable, results.

Giving Up the Ghost (excerpt) from Brandon Morse on Vimeo.

Brandon Morse’s “Giving Up the Ghost” is just one of many such simulations in Terminal Velocity, a solo exhibit at Maryland Art Place, yet it seems to hold court over the other works in the show. Its swell of colorful gradients in the background instantly recalls color field painters like Jules Olitski and Mark Rothko, and this abstract poetry, as well as its accompanying music–a persistent, ambient whir–decisively fills the gallery.

I eventually leave my seat and take in the rest of the show. Appropriately, the gallery is darkened to highlight a handful of medium-to-large-sized projections dancing across its walls. Within each digital simulation, there are controlled spaces in which particles move in both predictable and inconstant patterns, ruled by a combination of randomness and order. In “At the Ramparts,” a projection installed in a cozy nook, tiny white bubbles pour gently over and around stationary pillars. The movement of the balls reads as chaotic, yet their paths are guided rigidly by the pillars, through which, as a rule, they cannot pass. The most blissful work in the show, it presents a detailed yet uncomplicated system that is accessible to everyone. This approachable quality is heightened by the careful symmetry in the composition, as well as its placement in a spot which subtly reflects the projection onto the floor beneath.

The digital works in this show are theatrically installed and well executed to take advantage of cinematic strategies. Although entertaining and technically impressive, I still find myself wondering: what are these simulations really about?

Morse states an interest in generating simulations of “systems in flux…[through which] scenes of tumult, chaos, and entropy are portrayed,” which initially seems like a substantive idea, while remaining broad and vague. I want to attribute more to these systems; perhaps the particles falling across the screen in deftly choreographed patterns actually represent data, or bear some discernible connection to reality or nature? However you choose to approach them, the systems within which they operate are actually quite simple. It is easy to be absorbed in the beautiful intricacies of these pieces and awed by our own ignorance in the complication of their craft. However, beyond the abstract notion of chaos/ order inherent in their structure, I am suspicious of their attractive veneer and find myself looking for a more specific message. Where this show truly succeeds is in creating a mood and absorbing the viewer. With the darkened environment and steady, ambient music, the viewer is effortlessly drawn into the theatrics at work, particularly with the larger pieces. I felt compelled as a viewer to spend a good amount of time with each piece and the progression from one to the next was natural and well-paced.

While navigating this show, I found myself questioning my own ideas of creative authorship. Where other visual artists may adopt a system within which they create, Morse’s creative process lies entirely in the design of his systems. This is not to say that Morse puts less thought into the production of these works than he should, rather that there is something lovely in the lack of control he is able to exert on the final product. After all, once the works are installed and running, and the artist leaves the room, he has no way of knowing exactly what they will look like or what they will do next. In this way the artist’s work becomes autonomous in a way most art cannot and this state of uncertainty, although designed around simple systems, becomes the real subject of this work.

At the Ramparts (video)
Author Rowan Fulton is a Baltimore-based artist and writer.