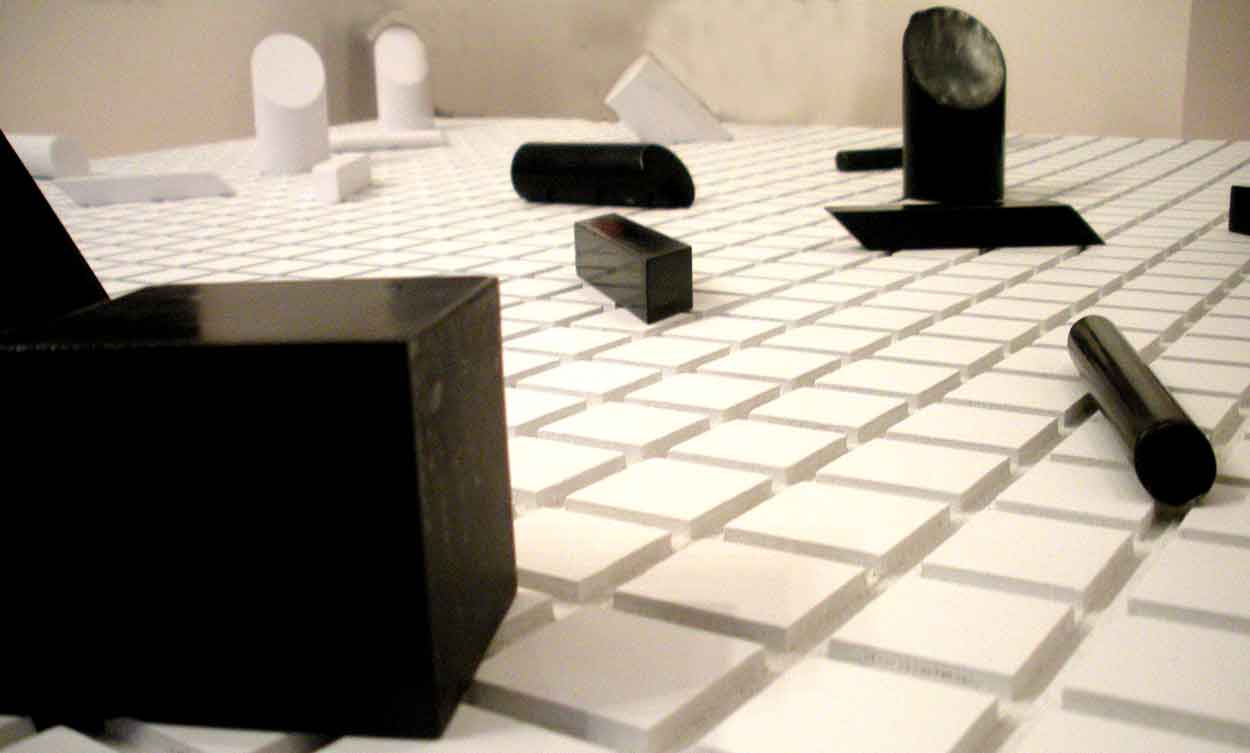 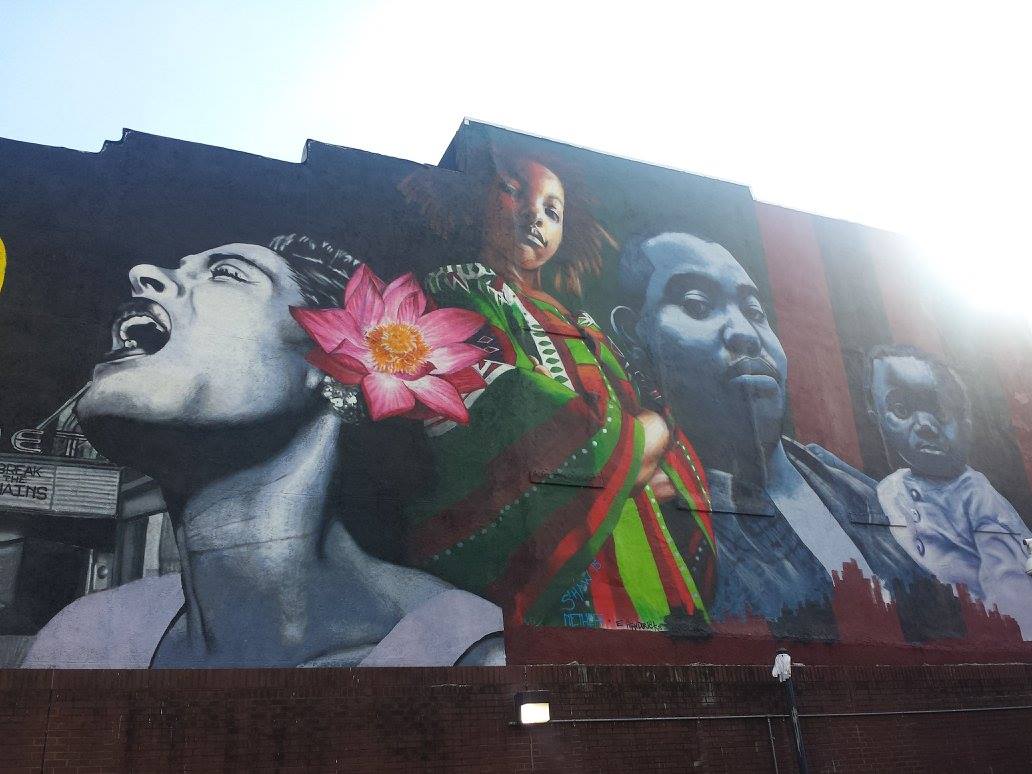 Beautiful Walls for Baltimore is a new exhibit at School 33 Art Center. It is a celebration of the 40th anniversary of the Baltimore Mural Program. The multi-disciplinary exhibition encompasses each of the three galleries at School 33 Art Center and features new and re-created mural works, photography, multi-media presentations, drawings, and written histories. The exhibition is on view from Friday, December 4, 2015 through Saturday, January 30, 2016.

In addition to the exhibit, School 33 conducted a free Baltimore Mural Tour on December 19. I attended the  guided bus tour of Baltimore’s outdoor murals, commissioned through the Baltimore Mural Program conducted by artist & tourguide Graham Coreil-Allen. On and off the bus, this was a great way to showcase Baltimore’s neighborhoods and murals. We had a great time on the 90-minute tour and I think School 33 should do this again! Map of the Art@Work Mural sites

Nate Larson show, documenting the students in the summer program. Closeup: Location of two featured murals on the tour. This show is on the second floor of School 33, right above the Beautiful Walls Baltimore show. I had not planned to come up here but I was immediately struck by how the students that participated in the mural painting this summer are just kids.  People want to see thugs, and public menaces or suspects and I see kids.

I see hot, Baltimore summers. I see young people doing something with their time. There are three murals in three distinct surfaces in this open space in Charles Village/ Station North. Perfect place for a neighborhood party, surrounded by creative vibes and bright colors. South facing wall on the building that houses Jubilee Arts. This mural was made through the TKF Foundation, and dedicated to those who have died from drug addiction or violence. There is a special lighting system, specific to this mural that gives the feeling of being in a still, calm twilight forest at night. Gary Mullen, 2015, “Inspiration”
Mullen created this piece, with the help of students from the BOPA, Jubilee Arts and Youth Works summer program, Art@Work This piece was created to give those living in Sandtown, and commuting through the Pennsylvania and North area a bit of love and good feelings on their way to and fro Ernest Shaw Jr. with Nether & Eric Shaw III, 2015, “Sankofa”
Another mural right at the Pennsylvania and North intersection, diagonally across the steet from the CVS that was burned down during the events in April 2015.

School 33 Art Center is managed by the Baltimore Office of Promotion & The Arts and is located at 1427 Light Street. Gallery hours are Wednesday through Saturday from 11am to 4pm.

Tell them if you think they should repeat the mural tour again this summer!