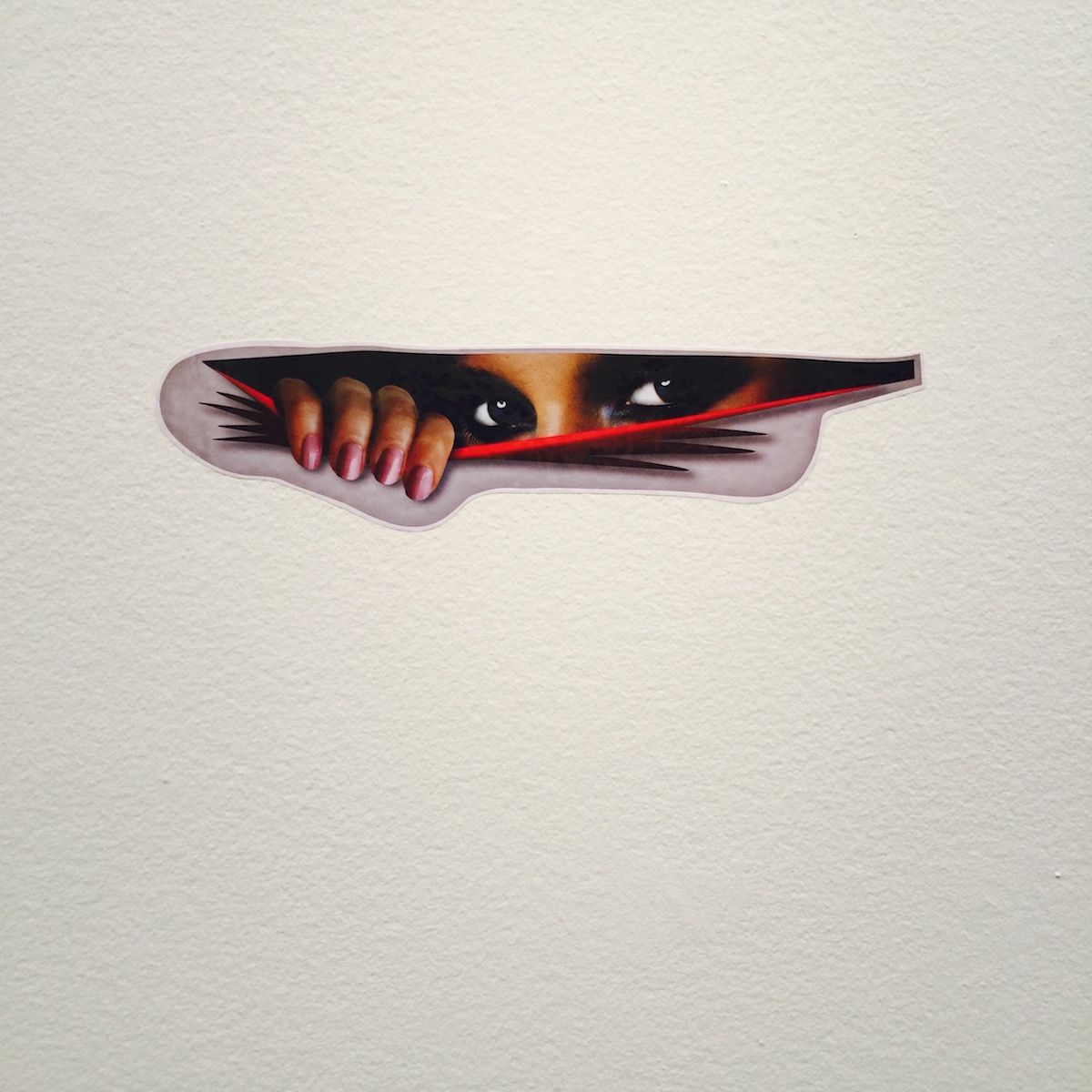 GRL PWR to the People

An Interview with Kristen Anchor by Rebecca Juliette

Artists Work is a BmoreArt interview series that explores the work that artists do to make a living while they work on their ‘real work’ – their art.

Kristen Anchor is an audio visual artist,  curator, teacher, and  musician.  Her work has screened at film festivals, events, and galleries throughout the U.S.  Anchor plays drums for Baltimore’s all-girl lofi art pop band The Degenerettes, and is the creator of the out of this world performance duo Monster Drummer Thunderupagus. She was the founding Director of Creative Alliance MovieMakers, curating the screenings program and producing programs and workshops to support local filmmakers and the filmmaking community in Baltimore for 9 years.

Anchor recently received an MFA in Imaging & Digital Arts from University of Maryland, Baltimore County.   She’s extensively toured with films and music and her video work is featured in several DVD compilations including ETC: Experimental Television Center 1969-2009, Films About Nothing, Hondance , and Creative Capitalism’s Notebook.

Description of Art You Make:

I mostly make video art/short films/animations and play music.  I dabble in performance, sculpture, design, and programming when the project calls for it.

Hours per week at work:

I do have to say, I don’t see a hard and fast line between the day jobs and the studio… It is at the very least blurry and wiggly, but during the semester, around 40, and between semesters, around 20.

Hours per week in studio:

Fluctuates depending on projects and deadlines, but average 20 per week during busy semester times, 40+ between semesters.

Best thing about your day job:

Geeking out with students about films and video stuff!

How does your day job enhance or detract from your studio practice?

Well, there are obviously never enough hours in the day to do everything, and sometimes I have to prioritize the money makers, which takes time away from the art making.  On the other hand, teaching techie stuff like cameras and software keeps my skills sharp and best of all in the classroom: the joy and excitement of talking about ideas, art, films, self-discovery, and rebellion are good for my heart.

Director of Creative Alliance MovieMakers. A Life-changing experience. Worked harder than I’d ever worked, learned more than I can list here. Helped a lot of people make and screen some dang good work!

Job you couldn’t wait to leave:

MobileCom.  Remember pagers?  I was in charge of the stock of pagers for the East Coast. The work wasn’t bad, but almost everyone who worked there as miserable and therefor the workplace culture was miserable. I did come away with A LOT of good stories and one life-long friend who made it worth all the hassle.

Is it your goal to become a full-time artist? Why or why not?

Honestly, no. Not in the current climate.  Arts funding in this country is aggressively and oppressively low. (I use those terms purposely.  The conservatives won the culture war.) While the whole country has suffered culturally in the post-culture war years, that was specifically a war on queers, women, and people of color, the capitalist commercial art and film worlds are no better.  I don’t want to be dependent on making money off art that fits into the post-culture war commercial art marketplace. Plus, I’ve got a life to live and lot of work to do and some of it is artwork.

I just recently heard this great quote from Chantal Akerman, and I’m paraphrasing here, but she said something to the effect of: “I don’t have a career, I have a life. A career has a plan, but I did what interested me.”

What advice do you have for young artists just out of school, in terms of balancing your work and studio practice?

Help your friends make art, find a community to be a part of, and make yourself accountable.  Try to make money doing something that doesn’t zap you of all of your mental and physical energy, if you can.  But sometimes, you’ll just have to dig in and make art when you are tired, I mean really psychically, physically, emotionally tired.

A friend once gave this advice about bicycling (I’m paraphrasing again), “Never get off your bike and push it up a hill.  Banish the thought.  If you walk up ONE hill, the idea you can get off your bike and walk it up will tempt you and haunt you on EACH and EVERY hill you encounter. And if you ride a bike, there will be hills.” So, you don’t have a choice… you can’t be an artist and not make or do something, so don’t give yourself a choice to opt out or do it later. One last piece of unsolicited advice: No matter what, where or to whom, don’t be an asshole. Life is (hopefully) long and YOU NEVER KNOW.

What’s coming up next for you as an artist? What projects are you working on or looking forward to?

This summer I’m shooting a video with the band Saddle of Centaur.  I’m also starting a video series of gender-bent remakes of canonical avant garde films and….