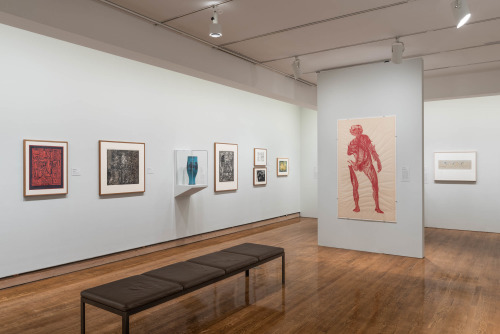 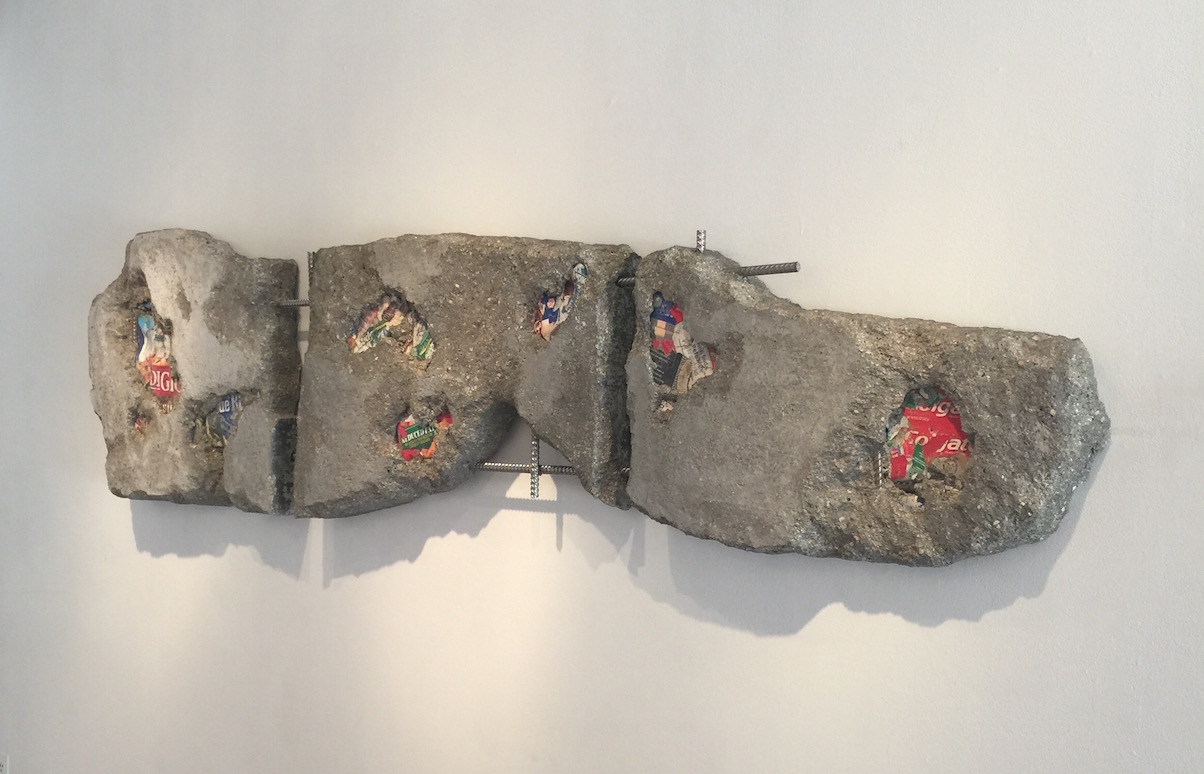 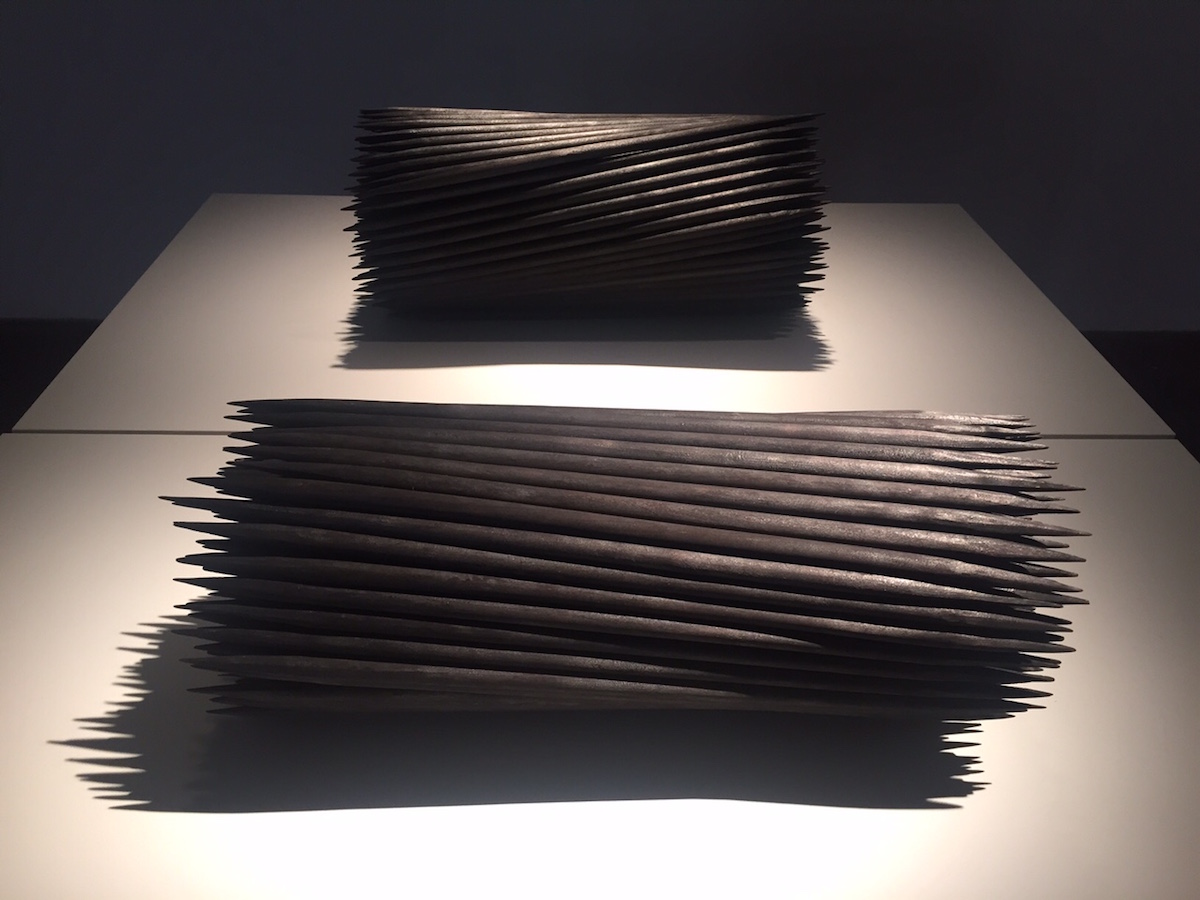 Not Now, a solo exhibition by Hermonie ‘Only’ Williams at Gallery Four offers Baltimore a carefully designed oasis of minimal objects and drawings that call for deep contemplation of subtle materiality.

Not Now, as the title implies, embraces a liberating energy that immerses the viewer in a motion for purposeful introspection. The exhibit includes a variety of clean, small-scale geometric sculptures and a handful of drawings that masterfully converge design with visual art in shades of black, white, and grey. The consistent use of a monochromatic color palette is a harmonious match for the symmetry present in both sculpture and drawing.

After my visit to the show, I was intrigued and reached out to the artist with a few personal questions. It turned out that she had designed each room in a serial trajectory to create a singularly powerful experience for the viewer. This is also the first time in her career that the artist looked inside to her emotions for inspiration. “I imagined myself in my studio spending hours over a lathe sharpening hundreds of sticks into hundreds of hazardous points,” the artist concedes. These works are easy on the eyes, but challenging to the mind. There are unmistakable traces of rage and angst in her rigid geometric and repetitive, congealed materials, but so much beauty in their fabrication.

Entering Gallery Four, a darkened room with piercing authoritative spotlights shining on four cylindrical groupings of black, pointed, chalky sticks (“Suttee” and “Long Gone”), a heightened a sense of drama ensues.  Williams explained that her art practice is therapeutic for depression. Unlike other artists who recreate obvious narratives about their experiences, the artist externalizes her emotions through pure form.

“I would prefer to make things that are abstract and require a level of cognitive response,” she clarifies. By meticulously sculpting black sticks, in bunches–that look rigid but are made of fugitive material–she exposes herself fully and unapologetically in the act of charring wood, which insinuates a loss and a memorial. “I think there is something primal about it too; the act of carving wood into a defensive tool,” testifies Williams.

Sacredly lit and barely visible, these sculptures are given a status-quo monologue, an act of gaining power. The viewer has to come closer to see them, to hear them speak. This is a confrontational and yet repenting moment. Like charms reciting the artist’s narrative and like eternal stars recouping lost voices, they stand as witnesses, manifesting a transient occupation of space. The intense shadow reflections in “Suttee” are both haunting and mesmerizing to the viewer. At the level of perceptual energy, the spotlight confined zones yield an eerie hyperdimensional interplay between the charred wood sticks and their shadows. The second or middle room provides a nice transition to a lighter space, a rather communal room, where the plastic sticks and cement pieces “Nowhere”, “Fast”, “After and Before”, and others, are grouped together, mounted on the walls, on the floor, and in relation to one another. Their arresting occupation of the space transfuses a magnetic field of energy connecting to the viewer and abiding a beam of intimacy. This dynamic installment of the pieces communicates movement and seriality.

“Not Now 1/2,” and “Not Now 2/2” are edgy four-f00t-long phallic needles, made of polycarbonate. Planted like swords on the floor, they appear hazardous and transform the room’s playground to a no-trespassing zone for those who are worried about being slayed, literally and figuratively. There is really nothing cheerful about this room. If anything, there is an overwhelming desire to escape and a threat of avoidance.

However, William’s art making process is highly evident and significantly revealed in this room: labor-intensive, based on repetition and simple progressions that channel her minimalist ancestor Eva Hesse. Williams confirmed that Hesse’s work has had a huge impact on her. She admits to an early on obsession with Hesse’s “Hang Up” (1966) for its simplicity and bare fragility, its cynicism and sympathy. The final exhibit room in Not Now is infinitely lit and charged with a healing energy. A space of release, a different dimension of reality, a meditation pause. Here two-dimensional drawings are shown as well as sculptures “Bones Piece” and “We’ve all been there” which are very shiny, black, and sleek enamel sculptures. Arts writer Michael Farley (Art F City) described the latter as looking “expensive”. Their presence is simultaneously elegant, but there’s also something transcendant about them, as if they were created on another planet or plane of being.

Perhaps superfluous to the larger dialogue, Williams’ drawings display excellent skill, and her detail-oriented craft and persistence yield a print-like quality that doesn’t always translate as handmade drawings. However, these drawings give the artist joy as she becomes like a machine, “to escape being human for a while.”

There is ample room for all kinds of viewers to identify with Not Now as an exhibit, but especially as a black woman, Williams’ works are highly effective as metaphor for the individual and systemic struggle of POC in America. Author Ikram Lakhdhar is a Tunisian writer, curator, and communicator based in Washington, D.C. She holds a BA in International Relations, a self-designed major in Arts and Politics, and a Museum Studies Certificate from Connecticut College.

Not Now: Hermonie Only will be on exhibit at Gallery Four through July 22, 2016.

Photos courtesy of the artist, the author, and Cara Ober. 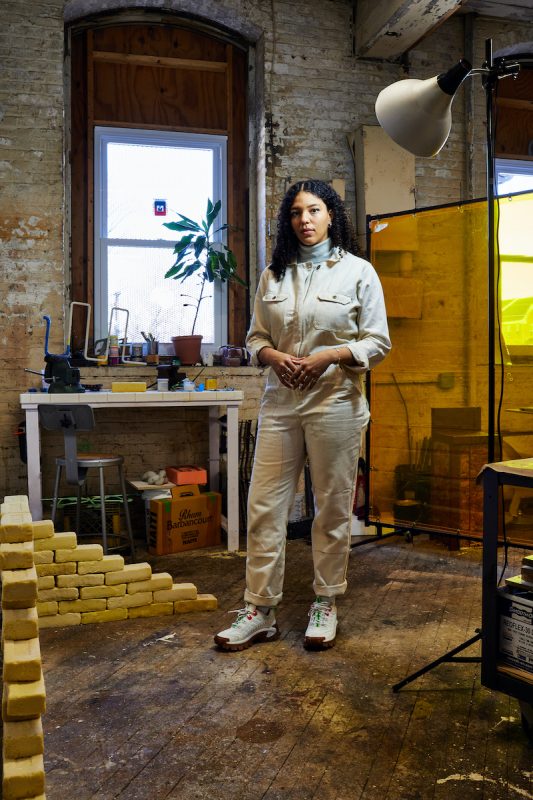 Visual Art , Issue 11: Comfort
Art AND: Abigail Lucien
The sculptor talks about moving to Baltimore during the pandemic, thinking with your hands, and singing to your plants 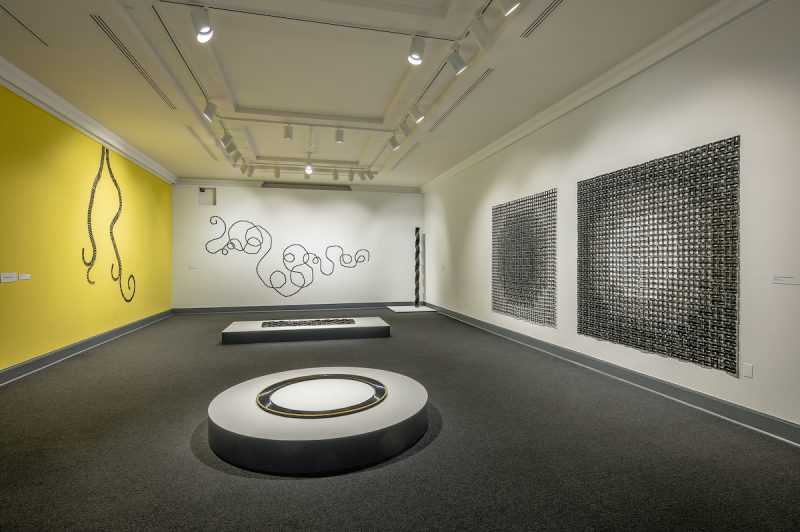 Visual Art
Sonya Clark on Collaboration, Labor, and the False Hierarchy of Art and Craft
An interview with Sonya Clark about her survey show at NMWA

Taking over an entire floor of the museum, the show is a massive undertaking that showcases 100 works in a survey spanning Clark’s career. 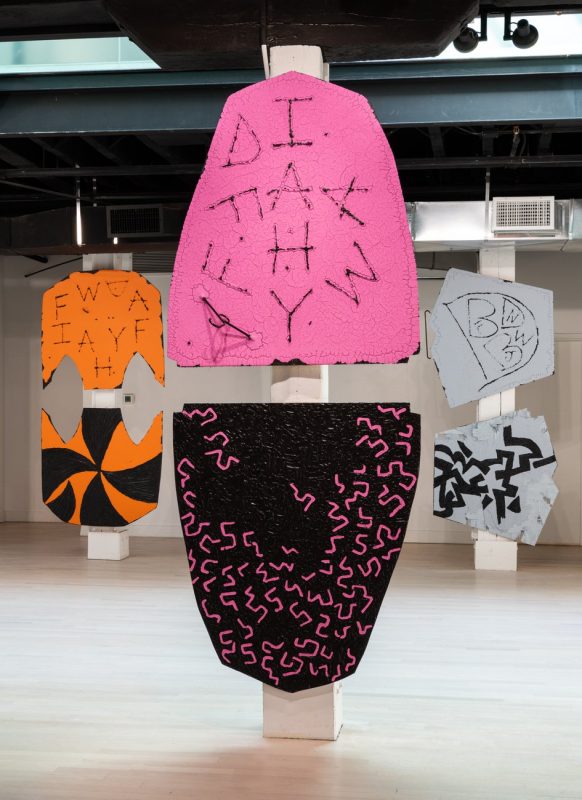 Visual Art
David-Jeremiah’s Paradoxes of Power: American Flags, Cop Car Bumper Stickers, and Lamborghini Hoods
A conversation with the Dallas-based artist after his first series of shows on the East Coast in the Spring of 2021

A rebellious artist exploring his location and position through his necessary work, David-Jeremiah invites viewers to name their relationship to his America and their America as well.