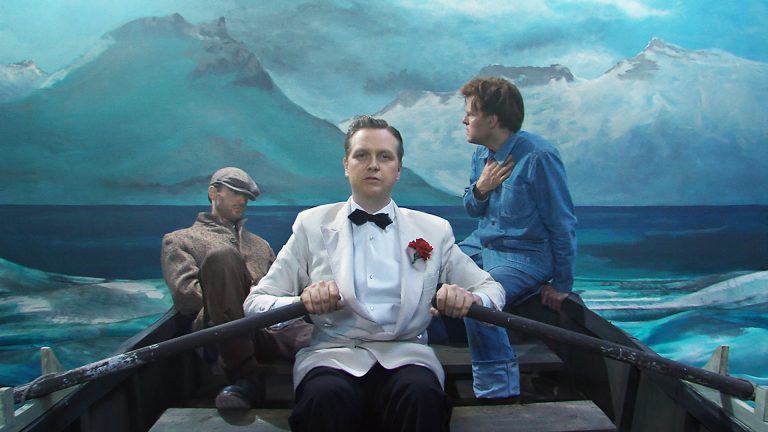 The Bittersweet Melancholy of Ragnar Kjartansson 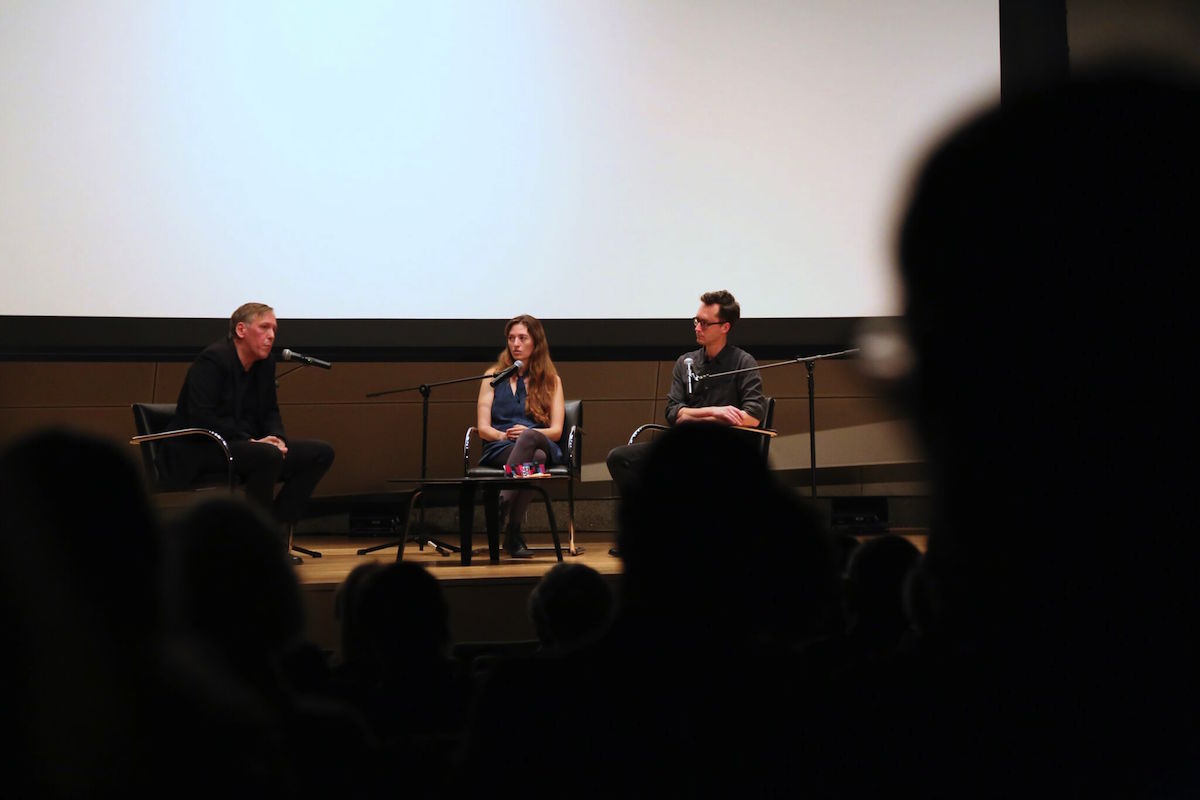 Between the Screens with Matt Porterfield, Lodge Kerrigan, and Marielle Heller by Christopher Llewellyn Reed

All generations proclaim their own exceptionalism, but there’s no question that the second decade of the 21st-century is an interesting time to be an active filmmaker. With relatively inexpensive high-quality cameras ever more at our disposal and a growing amount of moving-image content available online for all to see – whether for free, by subscription or through various VOD (video-on-demand) outlets – the directors and consumers of our world have many choices of where to distribute and where to watch their movies or series.

Today, the word “television” finds itself displaced by a phrase like “home viewing,” since so much content designed for the smaller screen is broadcast through non-traditional networks like Netflix and Amazon, where all episodes of a show are often dropped at once, like a 10-hour film.

As Hollywood studios increasingly focus on tent-pole projects from the Marvelverse and its interminable superhero narratives, these sites – along with the more traditional networks like ABC, CBS, NBC, or cable companies like HBO and Showtime – become the viewer’s last refuge for a different, more reflective kind of programming. But with more things available to watch every day, the danger is that one’s own filmmaking efforts could be lost in the mix. How can any one movie or show stand out from the crowd?

On Saturday, November 12, the Maryland Film Festival (MFF) – Baltimore’s premier annual showcase of global cinema, which also holds frequent screenings and special events throughout the year – brought filmmakers Lodge Kerrigan (Keane, The Girlfriend Experience) and Marielle Heller (The Diary of a Teenage Girl, Casual), both of whom have directed works for both theatrical and home-viewing release, to MICA’S Brown Center for a spirited discussion on the nature of the moving-image art form today. Moderated by local director Matt Porterfield (Putty Hill), the conversation lasted almost 90 minutes, with audience members – many of whom are official “Friends of the Festival” – participating in a Q&A once the initial chat was done. What follows is an abridged version of the evening’s colloquy, transcribed from my notes (recording was not allowed) and edited for clarity. The event began with opening remarks from MFF Board of Directors Chair Tad Glenn. He urged us all to take comfort, after the brutal election season, in the beauty of cinema, particularly the work of famed German director Werner Herzog (Lo and Behold, Reveries of the Connected World), whose most recent movie, Into the Inferno, is now available on Netflix, and which has helped distract Glenn, himself, from our nation’s internal strife.

Next, Glenn introduced MFF Director Jed Dietz, who explained why the 2017 iteration of the festival will be especially momentous with the opening of the newly renovated Parkway Film Center. That space will be a showcase for the arts in Baltimore’s Station North district. Dietz then introduced Porterfield, who set up a short screening of clips (edited together by MFF Associate Director Scott Braid) from work – theatrical and series-related – made by the guest directors, after which Porterfield sat down with Heller and Kerrigan for the main discussion. Porterfield: How did you find your way into television?

Marielle Heller: My first movie [The Diary of a Teenage Girl] took 8 years to make. It premiered the month that my son was born. TV became a possibility to make work with less pressure that would nevertheless allow me to keep flexing my filmmaking muscles as a director-for-hire.

So my first television show was Homeland. Actor Damien Lewis [Nicholas Brody on Homeland] got his role on the show in part because of his positive reviews in my feature Keane. Eventually, my connection to Lewis lead to Homeland‘s executive producer Michael Cuesta giving me a shot at directing an episode. I think independent filmmaking is great training for TV, because you have to deliver on time and on budget, which are key on shows. Later, I interviewed with showrunner Veena Sud for The Killing, and things progressed from there.

You get a lot of experience with TV directing. It’s like the studio system of old. You can make 5 hours of content in one year vs. 90 minutes over 2/3 years for a feature film.

Marielle Heller: In TV, you don’t get to cast the parts, as the director, unless you are also the showrunner, or unless there’s a new role being cast in the episode you direct, in which case you may have some influence. I had some say in the casting of Cherry Jones in the episode of Transparent I directed, for example.

Lodge Kerrigan: The showrunner is the boss. The way it usually works is that the writer creates the pilot and then hires a director for that pilot. If the show is green-lit, the writer then has to write the rest of the episodes and maybe re-cast, hiring new director(s). Often, as the season is shot, the writer or team of writers write as they go: one episode is in production while another is being edited and the next one is being written.

There is a new paradigm now, however. All the episodes are often written ahead of time, and everyone knows the story trajectory, as if it’s an 8-hour movie. You can hire the same director for all episodes, if you want.

Also, there’s something called “block shooting,” where you might shoot all the scenes for all episodes that happen in one particular location at the same time, for the sake of efficiency. Again, it’s like shooting one very long movie. It can be hard on the actors, who have to jump around with their character arcs, but that’s the way it goes. Marielle Heller: Yes, Netflix and Amazon are both more auteur-based, with set-ups more like features. Some things haven’t settled yet in this new model, however, especially as far as distribution goes. I wonder how we’ll find content in the future if it’s not on Netflix. Diary of a Teenage Girl won’t be on Netflix for 8 years, for example, because of the distribution deal between Sony Pictures Classics and Starz).

Audience Question: How does shooting for the small screen affect your aesthetic decisions?

Marielle Heller: I have often been asked to shoot more close-ups because of the fact that many people might watch the content on tiny screens.

Lodge Kerrigan: I direct in the same way, regardless.

Marielle Heller: Recently, I was asked in a production meeting for a commercial about shooting the project both horizontally and vertically, for Snapchat users!

Audience Question: How about mixing sound for TV? Is that any different?

Lodge Kerrigan: If you are not also the showrunner, you only get 4 days to edit your director’s cut, vs. 10 weeks for a feature, but you are never invited for the sound mix, unless you are the showrunner. When I am the showrunner, as I am on The Girlfriend Experience, I mix for myself. I am the audience. I have no imaginary viewer in mind. Still, in TV, we are told to place dialogue front and center.

Audience Question: Where do you want your content to be watched?

Marielle Heller: Anywhere there is a captive audience that is not distracted by other things going on.

Matt Porterfield: The dark communal space is the platonic ideal, but just having people watch is the main thing. Overall, it was a great evening, providing all who came with a wonderful opportunity to hear working professionals discuss the trends of the day in their field. You can find out about other, upcoming MFF-sponsored events by visiting their website.