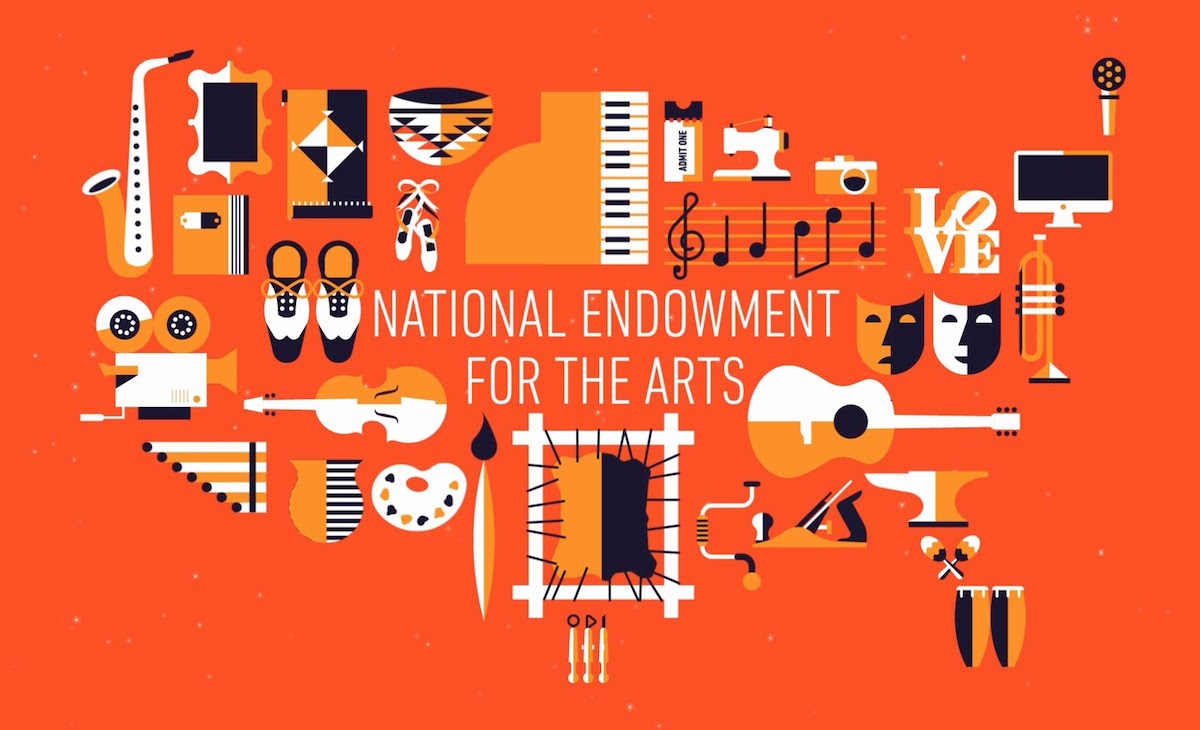 An Attack on the Soul of Baltimore 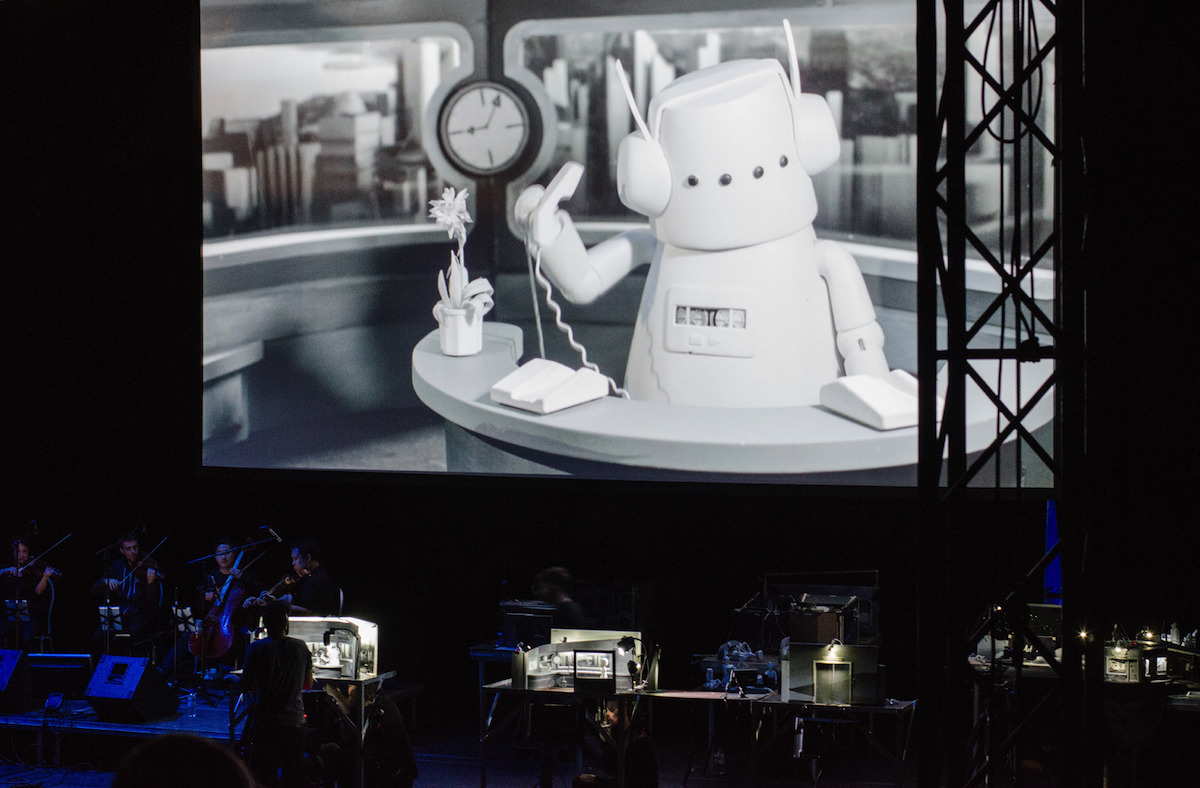 On Saturday March 18, the stage at the GW Lisner Auditorium was filled with all sorts of equipment—movie cameras set up in front of eerily lit dioramas with moving parts and little puppets, a DJ booth with all kinds of instruments and equipment, chairs and stands for a string quartet, and a huge screen hung from the rafters. It looked like a film set, and in a lot of ways, that’s exactly what Nufonia Must Fall was: a screening of a film live as it was being created.

The brainchild of Montreal-based DJ Kid Koala (real name: Eric San, who actually went to high school in Rockville, MD), this uniquely brilliant stage show is based on the multi-talented DJ’s 2003 graphic novel by the same name. It tells the adorable love story of a robot—who keeps getting fired and replaced by a newer and faster, six-armed version—and a lonely human girl, who dreams of an island vacation. The characters live in Nufonia, a dreary, gray city—literally “no fun” backwards.

The two main characters don’t speak (only the little robot’s boss does sometimes, loudly mumbling about the new robot he got off of Amazon), but there’s a lot of music throughout—performed by both Kid Koala in his DJ booth and the Afiara Quartet—giving the performance a silent-movie quality.

“One of my fondest memories from childhood was watching Charlie Chaplin films,” Kid Koala writes in the program notes. “I remember my whole family, kids, parents, AND grandparents, huddled around the screen smiling and laughing along as the story unfolded. Since those days, something about the silent film format always struck a chord with me. When I was writing Nufonia Must Fall, I always imagined the book being a kind of paperback silent movie.”

Aesthetically speaking, Nufonia is kind of like a mash-up between a Charlie Chaplin and a Pixar film—except with puppets. K.K. Barrett, who directed the production, has a lot of experience with puppets, as well as with drabness and sci-fi. Barrett is the production designer behind all of Spike Jonze’s movies, most notably Being John Malkovich and Her—he was even nominated for an Oscar for his work on the latter. As he often does, for Nufonia, Barrett created a sadly magical world that brings out the most basic-yet-profound human emotions. 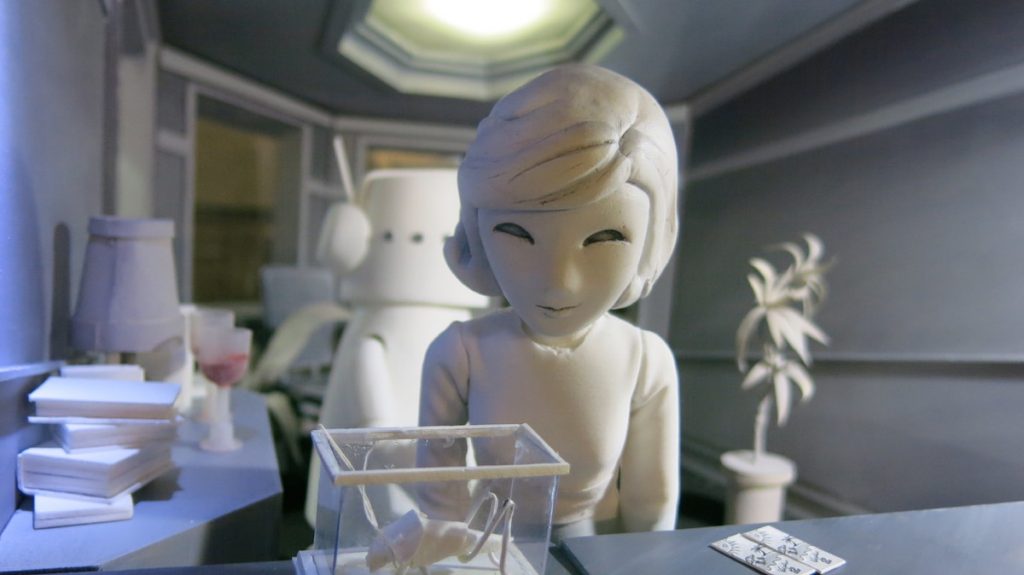 Watching the Nufonia stage production, you could see everything that was going on behind the scenes right in front of you, but the film itself, displayed on the screen behind all the action, was so captivating that you might even forget about Kid Koala and the string quartet, taking cues from the screen, while hardworking puppeteers and camera operators run around on-stage setting it all up in real time.

Other than the meticulous coordination between all its moving parts, the puppets were probably the show’s most amazing feat. Set inside almost a dozen miniature sets, multiple kinds of puppets representing the same characters could pick up phones, walk, ice skate, and even dance convincingly, all through fairly simple mechanical processes.

There’s a scene where the main robot character runs through the airport, passing everyone in the terminal. The “film” cuts in between two sets, one where we see him from the side (in which puppeteers set passer-by dolls on a kind of conveyor belt moving backwards) and a second from right behind his head—a set on the other side of the stage, where a puppeteer makes a different robot puppet’s head bop back-and-forth in the foreground of the shot while a second puppeteer spins a cylindrical crank with passer-by cutouts sticking out of it in the background, around and around, faster and faster as the robot goes from a brisk walk to a run. 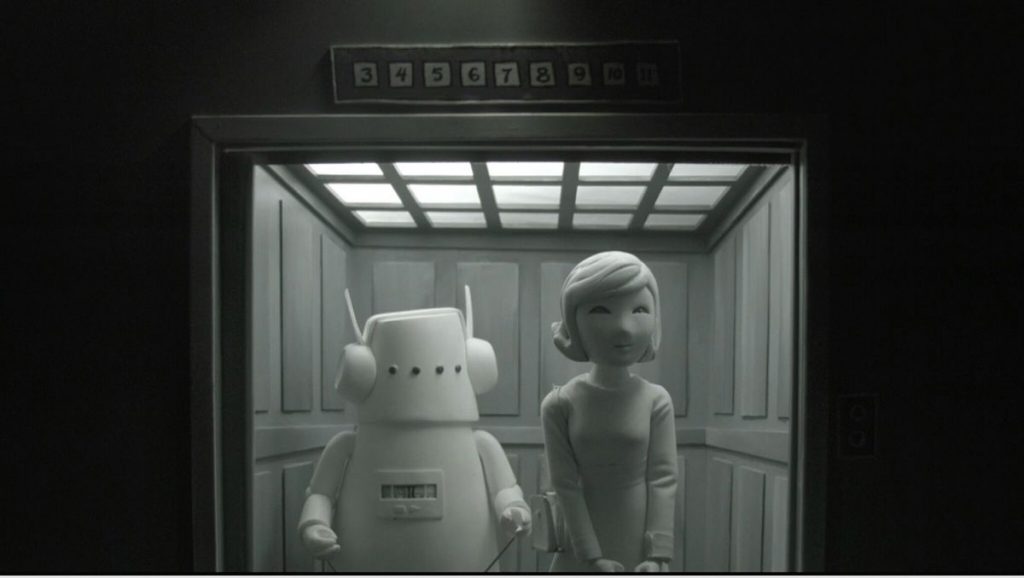 The whole show is an exercise in low-tech meeting high-tech. While all the puppets and sets are handmade and manually manipulated, the cameras filming the action on the sets are livestreaming onto the screen behind them. It’s largely a silent film, but the musical components include a DJ mixing digital tracks as well as a live string quartet. Even the characters themselves fall into this vortex of opposites. The little robot is obviously somewhat futuristic, but he has a tape deck—not an mp3 or even a CD player—built into his stomach to record his memories.

It’s likely this beautiful melding of the old and the new that makes Nufonia Must Fall extremely likeable for everyone, from children to adults to grandparents. Just like the Charlie Chaplin films that inspired it. 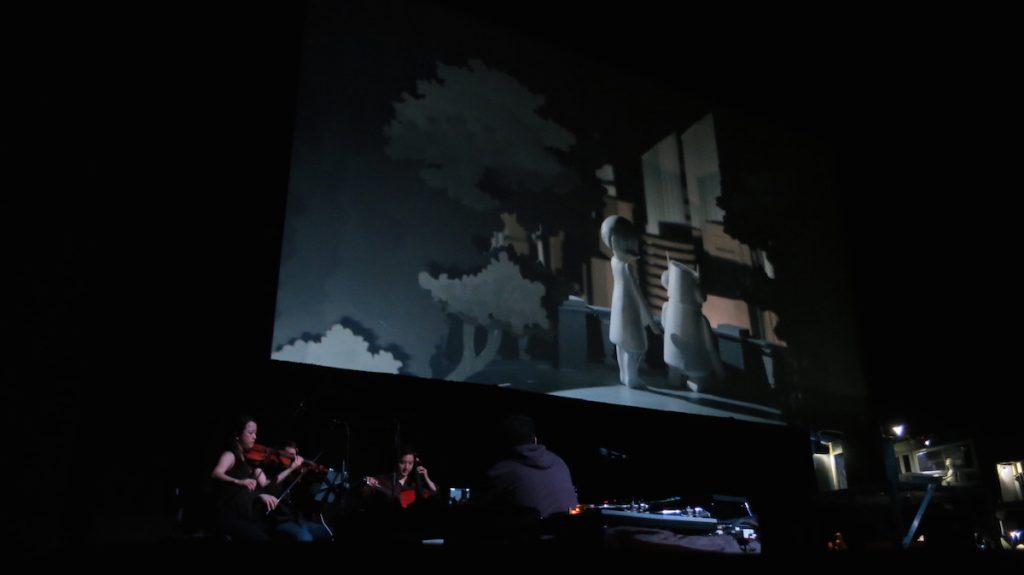 Elena Goukassian is an arts writer/editor based in Washington, DC.

Nufonia Must Fall is on tour through August. For more information, visit http://kidkoala.com.