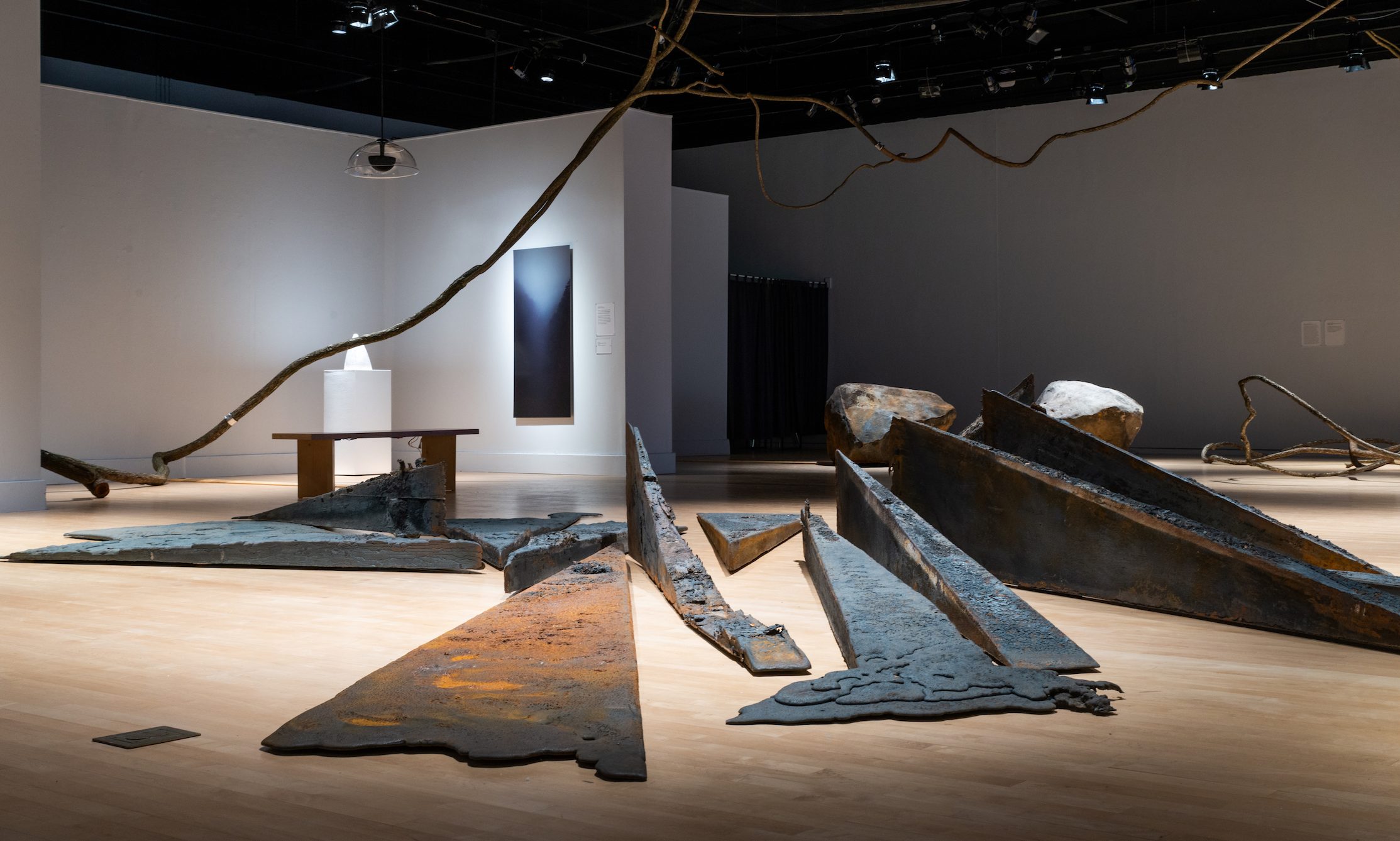 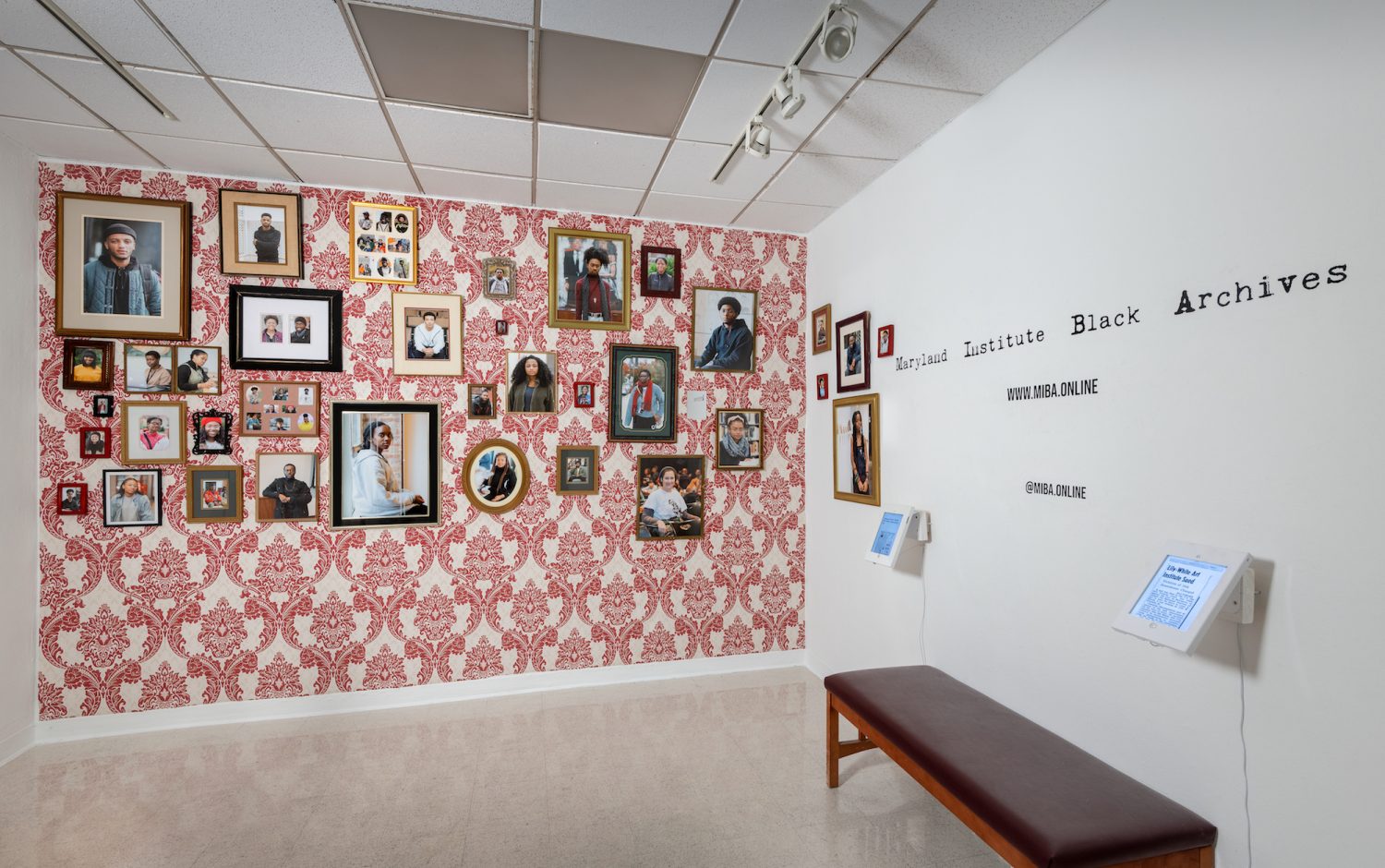 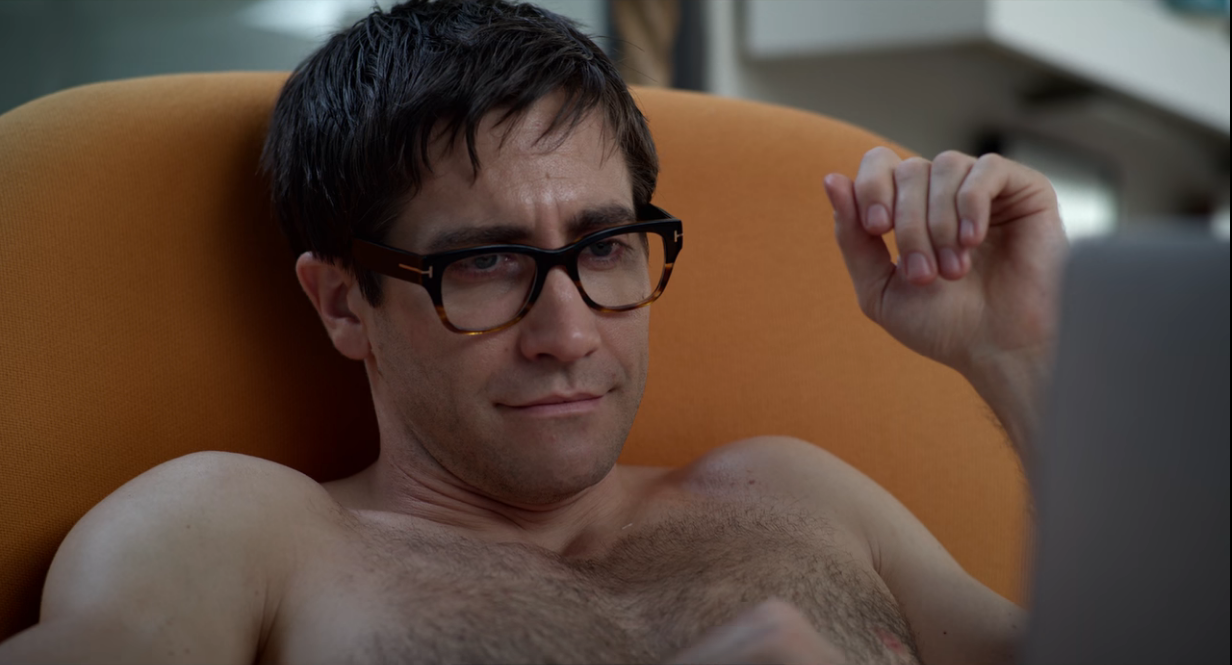 A slasher flick that seizes on the real-life hilarity and horror of the contemporary art world should leave you both sickened and laughing to keep from crying. It should stab, shred, and cut through the contradictions of a market that sells art and yet has nothing to do with artistic value. But with his horror-satire Velvet Buzzsaw, Dan Gilroy manages to create a story as sanctimonious and vapid as the art world itself, with too few thrills to compensate.

It’s unclear whether the Nightcrawler writer-director set out to present a serious critique or a campy B-horror, which another storyteller might be able to gracefully merge, but here are rendered incompatible. Poorly executed plotlines are marked by unaccountable gaps, giving an impression that Gilroy kept forgetting what movie he was making.

The new Netflix original movie revolves around the LA art scene’s backfired attempt to claim the life’s work of a deceased artist, Ventril Dease, a self-taught painter with a grisly history—because all “outsider” artists are mentally disturbed, as the art world has misled us to believe—and his wish that his work be destroyed upon his death. But to a group of thirsty insiders, Dease presents an enormous opportunity, as his figurative paintings enchant everyone in their presence. Unfortunately, a supernatural force—Dease’s ghost—begins animating other artwork to attack these vultures. Why the vengeful spirit doesn’t possess his own paintings remains unexplained. Instead he kills his offenders through work on the art fair circuit and a kitschy painting hung in an abandoned gas station, among others.

Jake Gyllenhaal plays Morf Vandewalt, an art critic with exaggerated sway over the market (which, in reality, doesn’t actually listen much) and pride in the platitudes he rolls out in critique. He refuses to turn off his critic brain even in the least appropriate moments, like in a love scene where he describes his girlfriend’s skin as “the most beautiful cross between almond and saddle brown”; at a funeral, he gags over the “smog orange” of the casket. His character might be funny if he weren’t so irritating, or if he didn’t represent Gilroy’s own superficial reading of art-world superficiality. Still, if there’s any reason to sit through almost two hours of Gilroy’s dull parody, it’s Gyllenhaal doing his best Jerry Saltz impression while partially to completely nude at every possible opportunity, engaging with both male and female partners. It’s a fantasy none of us knew we had, and now, upon fulfillment, maybe one we wish we didn’t. 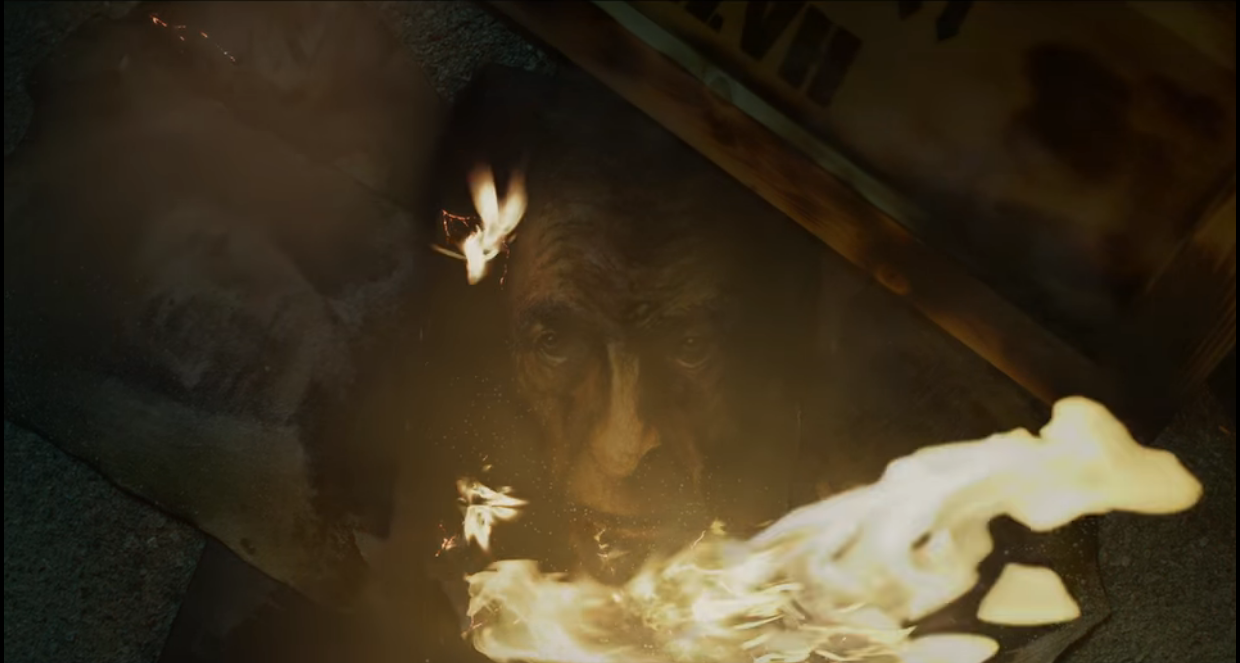 Morf’s primary love interest of the film, Josephina (Zawe Ashton), a high-strung gallery associate, is the first to discover Ventril Dease, who lived and worked in her apartment building. After finding him dead and raiding his home studio, she attempts to represent Dease herself until her boss, gallerist Rhodora Haze (Rene Russo), quickly assumes joint control. Now a blue-chip tycoon, Haze was once an anarchist—“I invented do-it-yourself,” she claims at one point—whose old punk band is the film’s namesake, even though it’s only mentioned once in passing. She’s framed as a corrupted figure, and yet the film offers no convincing insight into how she came to be an ice-cold capitalist vampire.

This highly distorted (though not wholly inaccurate) caricature of the art world would be fine territory for B-horror entertainment if not for Gilroy’s heavy-handed allegory. He isn’t wrong in his objection to the artlessness of the art market. But the expression of that critique—a fumbling attempt at parody—is barely skin deep. In the film, a pile of actual garbage is mistaken for sculpture by an art snob. Morf glorifies an insubstantial abstract painting like it’s a revelation. Everyone at the art fair greets each other with that flamboyant both-cheeks air kiss thing that no one really does. All the lowest-hanging fruit, Velvet Buzzsaw picks.

He isn’t wrong in his objection to the artlessness of the art market. But the expression of that critique—a fumbling attempt at parody—is barely skin deep.

A representation of the LA art scene akin to an awkward Fox News hot take is flimsy derision for something that deserves deeper, more precise cuts. More disappointing, however, is Gilroy’s failure to harness the very real psychological horror of the corporate art world. Though primarily set in LA, the film opens at Art Basel Miami Beach, an annual gathering of top-tier galleries forming art market concentrate. For many outsiders, it’s an unparalleled fever dream. Hundreds of galleries fight to be the most visible booth in a 500,000-square-foot convention center occupied by several thousand visitors at a time.

Some people see more art in a couple of days at ABMB than they previously had in their lifetimes, but after leaving, it’s difficult to remember anything in particular about the fair other than overstimulation, claustrophobia, and the disturbing price of a water bottle from the cafe.

At one point, Velvet Buzzsaw makes a jab at Basel attendees taking selfies with art—but to be fair, the experience is much more palatable through a screen and, given the environment, Instagram mediation may be a more productive form of engagement. But like a good horror movie, Basel keeps bringing everyone back, despite being so unsettling. It doesn’t even require anticapitalist critique, however warranted, to pinpoint the dread induced by such an experience, oversaturated and hollow all at once. 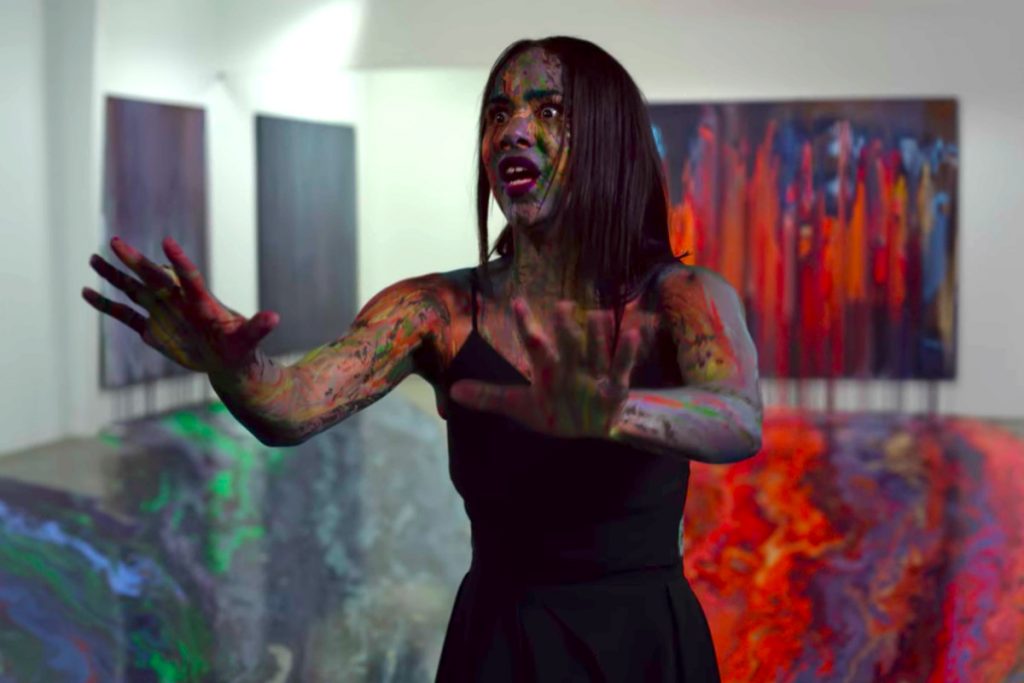 But Velvet Buzzsaw touches none of this. Rather than immerse the audience in the surreality of the actual art world, Gilroy attempts to piece together cheap thrills using stale invention. One character’s story ends when she becomes trapped inside a graffiti mural, which reads less like a nightmare than a Tumblr artist’s wet dream. Somehow, even a scene in which a soulless museum curator-turned-art-advisor (Toni Collette) gets her arm cut off inside a Koons-esque chrome orb—which, I realize as I write this, should be foolproof entertainment in theory—offers little more than faint satisfaction for a too-brief moment.

As the credits roll, a “genius” artist played by John Malkovich, once hindered by the market’s creativity-crushing whims, appears to be finally liberated, as he draws swirly lines in the sand using a stick on an isolated shore. This is Gilroy’s solution to corporate art-death: work that is ephemeral and ostensibly impossible to commodify—nevermind that the market has found a way to commodify anything, including land art. Watching this, I wished the sand would rise up and consume Malkovich right there.

Velvet Buzzsaw is streaming on Netflix. Images: screenshots from film.