Come Unsee: The Bastard Film Encounter Wrestles with the Upsetting, Uncomfortable, and Uncouth 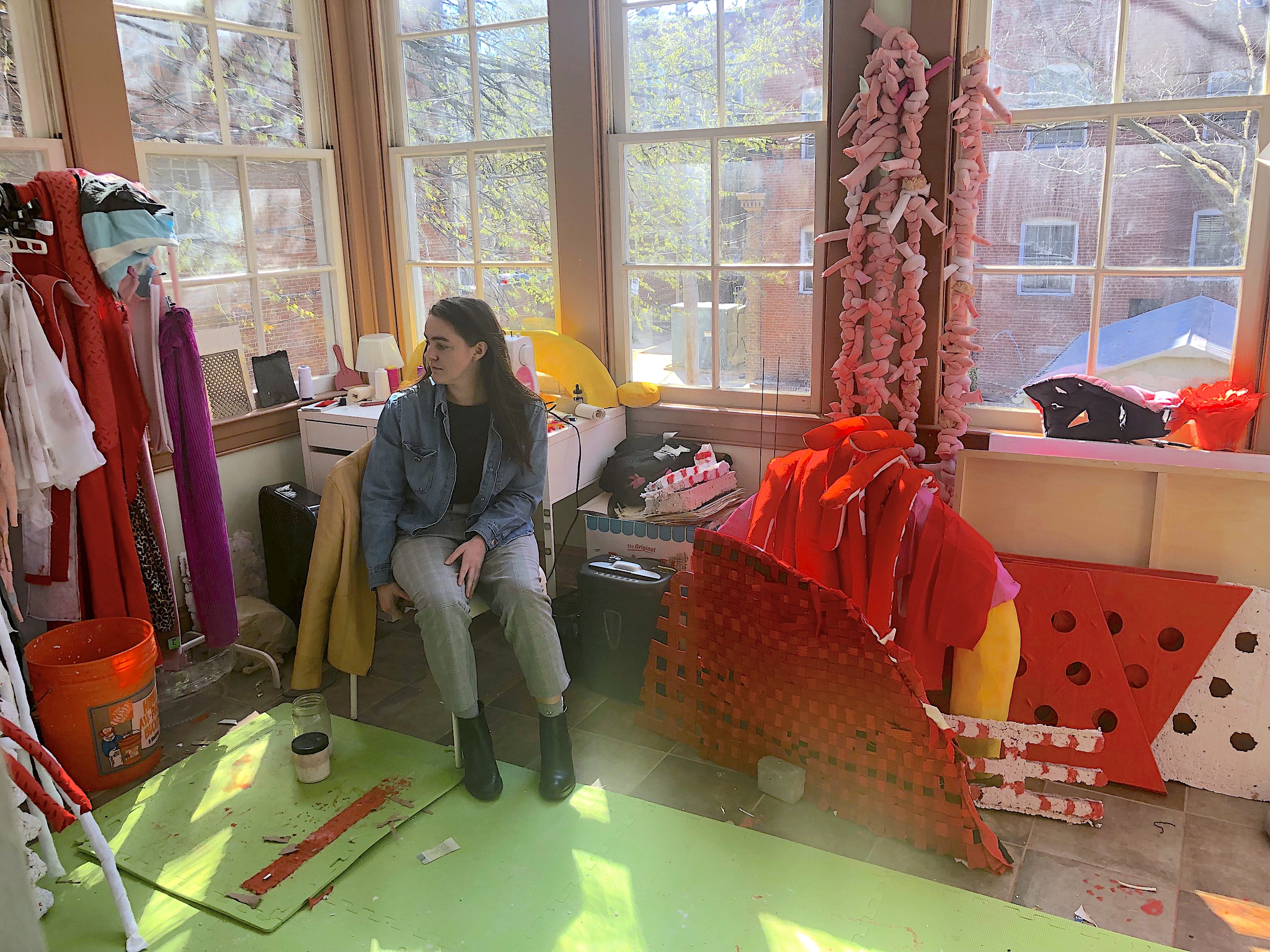 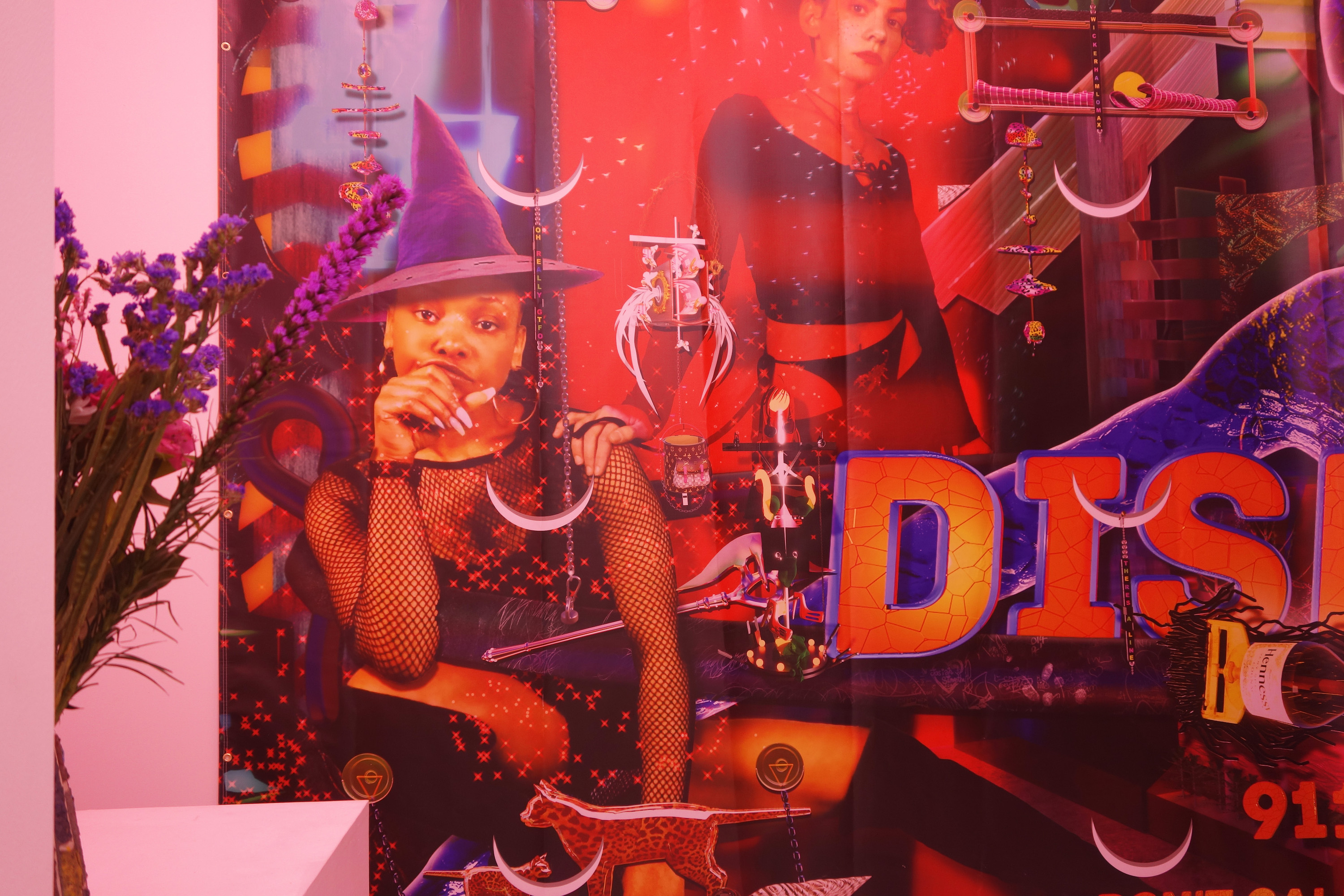 Excavating the Past and Imagining the Future 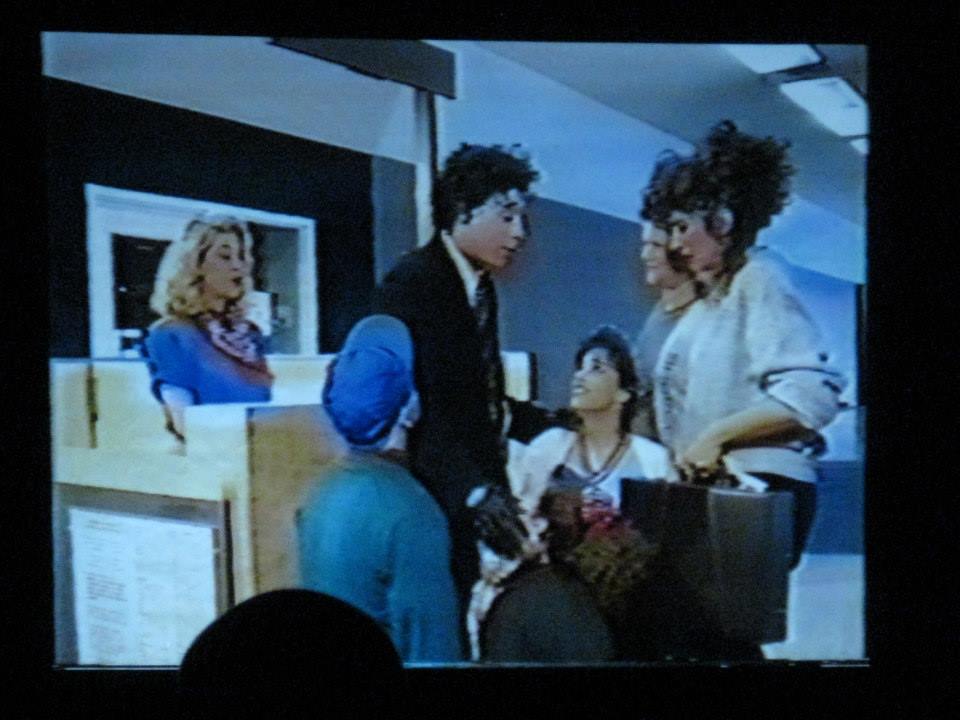 In 1971 the nonprofit Joseph P. Kennedy, Jr., Foundation produced an educational film called “Who Should Survive?: One of the Choices on Our Conscience.” It was directed by Werner Schumann for Guggenheim Productions, Inc., and exists in roughly 10-minute and 26-minute versions. As described in a 2006 article in the Kennedy Institute of Ethics Journal, it is a “dramatization of the death of an infant with Down syndrome as the result of the parents’ decision not to have a congenital intestinal obstruction surgically corrected.” It was inspired by two cases of infant death at the Johns Hopkins Hospital. And the way the film presents medical professionals talking about people with Down syndrome, or trisomy 21, is shockingly offensive.

The film was ostensibly made to start a conversation around medical ethics. The cultural shifts between then and now, however, are so profound that what once was normal vocabulary in medical science sounds absolutely appalling, and watching it now you might wonder why it was ever made. A better question: How should we think about it now?

Welcome to the Bastard Film Encounter, a social and intellectual gathering where scholars, archivists, librarians, collectors, and film researchers get together to watch and talk about the films that they don’t know what to do with. Founded in 2013 in Raleigh, North Carolina, the biennial event makes its first stop in Baltimore this year. Equal parts endurance test, group therapy session, academic conference, and absurdist jamboree, the BFE doesn’t aim to celebrate these films as much as create a space where people can discuss the uncomfortable, the unpleasant, the incompetent, and the just plain WTF?

As film archivists, historians, and researchers “we find ourselves in an interesting position where we have stuff that we need to talk about but we’re not allowed to,” says Snowden Becker, an audiovisual archivist and preservationist and MLIS Program Director at the UCLA Department of Information Studies, and a BFE regular. “There are a lot of materials in archives that are too hot to handle, and while there are reasons we have them there are also equally good reasons to never let them be seen right away. So Bastards is a necessary space within our profession where we’ve carved out a place where we can talk about something difficult.” 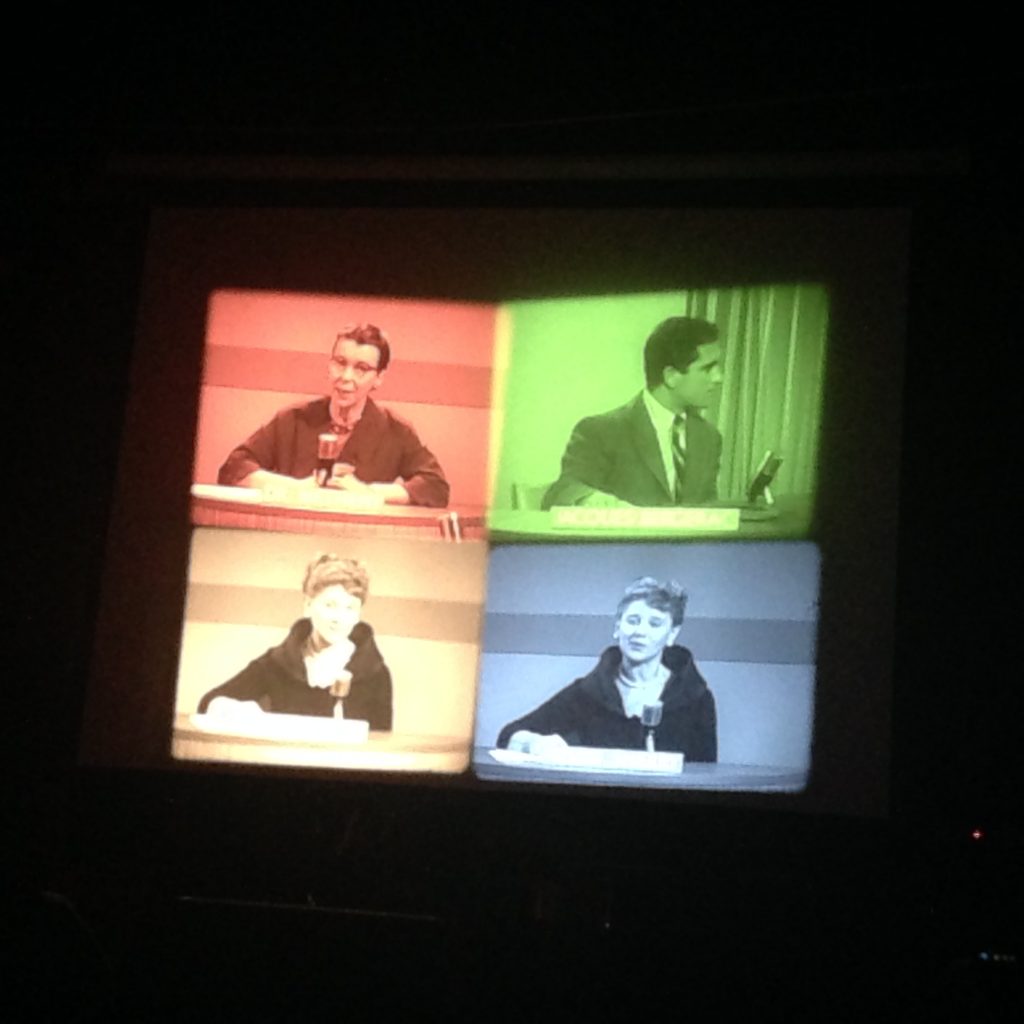 The BFE was cofounded by Skip Elsheimer, who operates A/V Geeks; Marsha Gordon, a film studies professor at North Carolina State University; and Dwight Swanson, who cofounded the Center for Home Movies. All three were regular attendees of the Orphan Film Symposium, the biennial event started in 1999 that catalyzed an interest, among both scholars and niche filmgoers, in movies that were abandoned by their original creators. Maybe it was forgotten in an archive after being passed through a number of different private collections, maybe it was damaged, maybe it was just fragments of an unfinished project, maybe it was an educational film whose time had passed. For various reasons, these movies are both underseen and understudied, and, together with Home Movie Day (cofounded by a team that included Becker and Swanson), screenings and discussions of these lesser-known films kickstarted ongoing waves of film studies that recognize orphan films as culturally significant historical artifacts.

Following one Orphan Film Symposium, Elsheimer, Gordon, and Swanson raised the question, But what about the bastards? Fellow film peers knew exactly what they meant—those films whose very reasons to exist are outside our comprehension. The Orphan Film Symposium is “all about the things that need to be saved,” Gordon says. “Bastards is about the things that archives don’t want you to know they have because they could be racist, they could be pornographic, they could be sexist, they could be offensive, vile, impossible to watch, whatever it is that makes them difficult material to deal with, but isn’t it interesting that those things exist?”

That’s a sincere, important question with a very long tail. Full disclosure: I’m of the opinion that archivists, historians, and librarians, as human beings, have to ask the hardest questions about the stories we tell ourselves about ourselves as part of their day-to-day jobs as stewards of future histories. And every journalist or researcher who’s spent any time investigating the written or photographic historical record has come across something that’s hard to stomach that some past archivist, historian, or librarian has provided some context around so that we might understand it from our point on time’s arrow. Though film archives don’t go as far back as written ones—we have a little more than a century of materials—the immediacy of films, and their relative proximity to where and who we are today, can exponentially complicate our relationship to them. Reading about and seeing laboratory still images of animal research from the early 20th century is one thing; watching it happen in a scientist’s film documenting the event is a completely different matter.

But just because something is too difficult for me to watch, does that mean that nobody should ever see it? How can I decide what historical value an artifact could hold for a researcher 50, 75 years hence—provided we still have a planet? These are questions with which film archivists, preservationists, and scholars wrestle. “Are there films that maybe deserve not to be cared for?” Gordon wonders. “Because the ethical, important archival historical question [raised by bastard films] is: Are there some things that are better left on the roadside of history?”

Thing is, “What are you doing about the heinous and/or freaky shit in your archives?” isn’t the sort of call for proposals you’re going to come across at academic conferences or film festivals, so this film community had to create a forum for themselves. The BFE is an intimate affair built around discussion. Over its long weekend, presenters briefly introduce films, screen them, and then attendees talk them out.

As befitting an encounter that welcomes those things that reside outside of polite society, there’s a streak of gallows humor running through the event, grim laughter being a temporary salve when dealing with the unspeakable. Every festival includes a Bastards Karaoke Band, with attendees submitting songs to the musicians so they can be learned. Films are grouped into kinda/sorta thematically related groups: This year’s BFE includes segments devoted to “Manly Pursuits: Why it’s important to let men be men. OR, why this idea is terrible” and “Children of the Damned: When children appear in bastard films, no one wins. Especially not the children.” Also, the entire BFE takes place in a bar, because you never know when a morning screening is going to include something that might require an 11 a.m. whiskey. 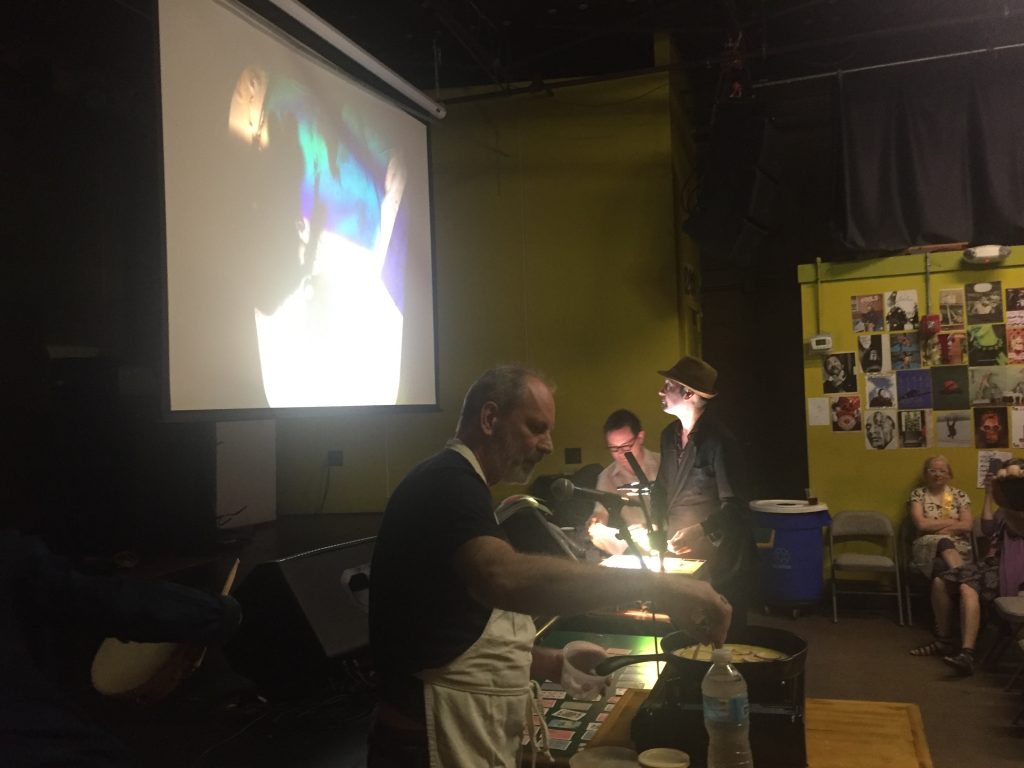 Some bastard films also aren’t complete horror shows; some are merely risibly incompetent, outlandish, or just plain weird. Previous BFEs have included films such as a music video for the Paul Anka song “Jubilation” animated by Jules Engel and a soap opera pilot from the 1980s set in a Dallas airport. For BFE 2019, Charm City’s own Mondo Baltimore occupies a time slot this weekend, with selections from the “best” of its programming over the years.

The BFE comes to Baltimore this year thanks to lead organizer Stephanie Sapienza, a media librarian and archivist and research faculty member at the University of Maryland at College Park. A BFE attendee since its inception, she notes that while some of the content of these films are evidence of our collective past that we don’t like to think about, wrestling with such things is crucial to understanding the present. “I think it’s a really bad time to push these things under the carpet right now,” Sapienza says. “We’re living in this weird dichotomy between the public and private, and it’s a really good time to look at [difficult moving images] straight in the face and examine them.”

The issues raised by bastard films aren’t merely academic. We consume televisual content that’s hard to watch and rewires our understanding of humanity on a nearly daily basis, whether that be the social media livestreams from members of extremist groups, law enforcement body-cam footage, or news reports from the latest presidential rally. The challenge of how to handle the things we can’t unsee isn’t confined to history, it’s a fundamental component of being a 21st-century digital citizen.

Martin Johnson, an assistant professor of English and Comparative Literature at the University of North Carolina at Chapel Hill, is presenting the aforementioned “Who Should Survive?” at the BFE this year. (Disclosure: I worked with Johnson previously in my capacity as the Baltimore City Paper arts editor.) He notes that this film, when first premiered at an international symposium, was considered the highlight of the event, and in the early 1970s was used to advocate for the rights of children born with disabilities After the 1973 Roe v Wade decision, it was coopted by pro-life groups to limit abortion rights. And, however we may feel about its content now, as a factually based educational film, it was originally made using the same adherence to evidence-based knowledge and best practices of its era, the same theoretical guidelines we use to construct narrative nonfiction today.

That points out an uncomfortable, unavoidable fact: We might not ever really know how our own biases, cultural upbringings, and incomplete knowledge are distorting the products of our own creative labors today. Only time reveals that, and we might not be around to witness it. Bastard films have “made me think really hard about what I’m showing my students in a way that I don’t think I was quite as sensitive to before,” Gordon says. “Which is not to say that I don’t show my students difficult material. I do. But I think really hard about the way I present it to them so that I am clearly framing why I think it’s important. For young people who are going to navigate this world, they need to be made aware of the legacy of painful, challenging, and difficult images of history.”