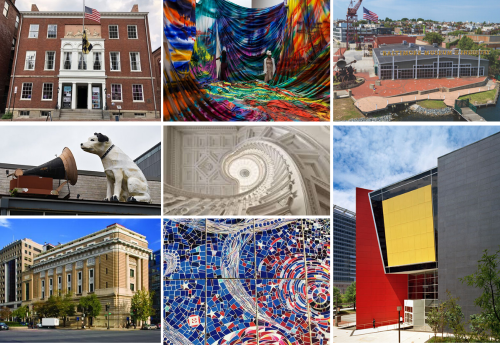 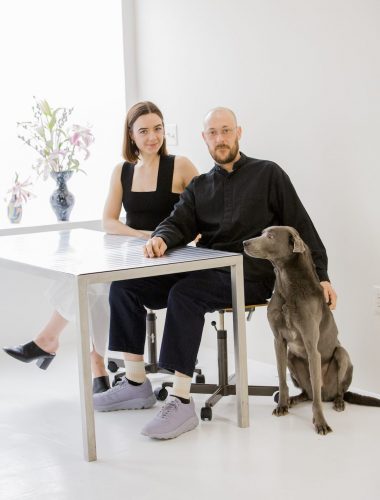 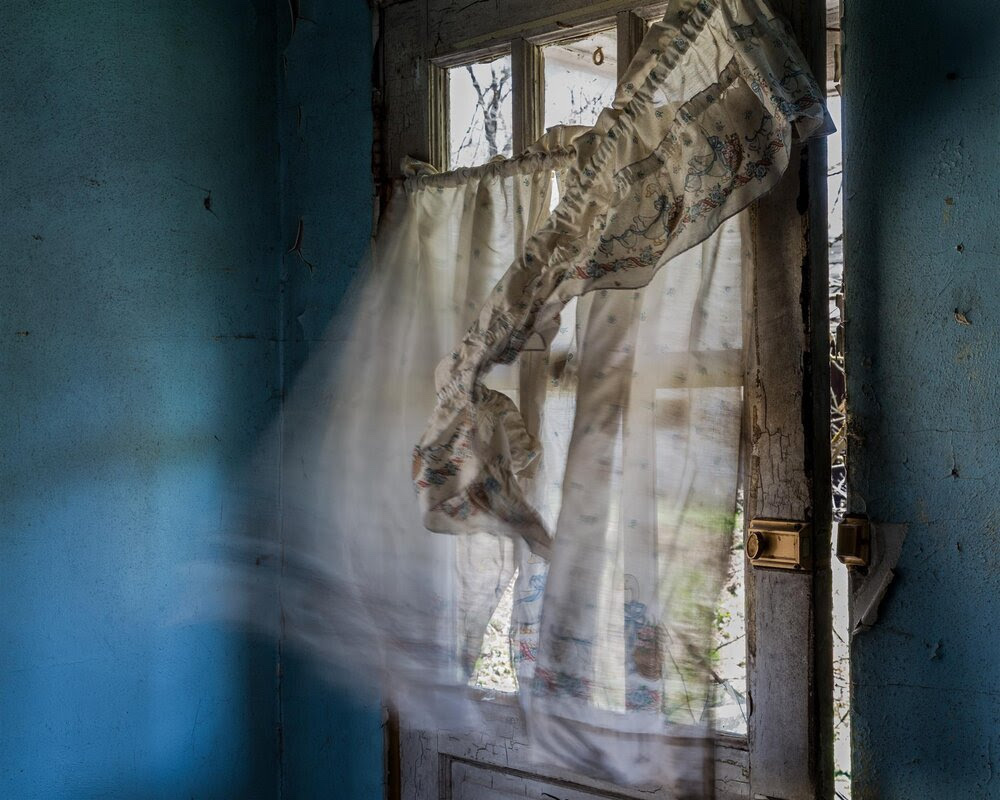 This Week: We are featuring online events that you can participate in from the comfort of your own couch plus a few ways to get involved locally and nationally. Stay home, stay healthy, stay engaged in the arts. 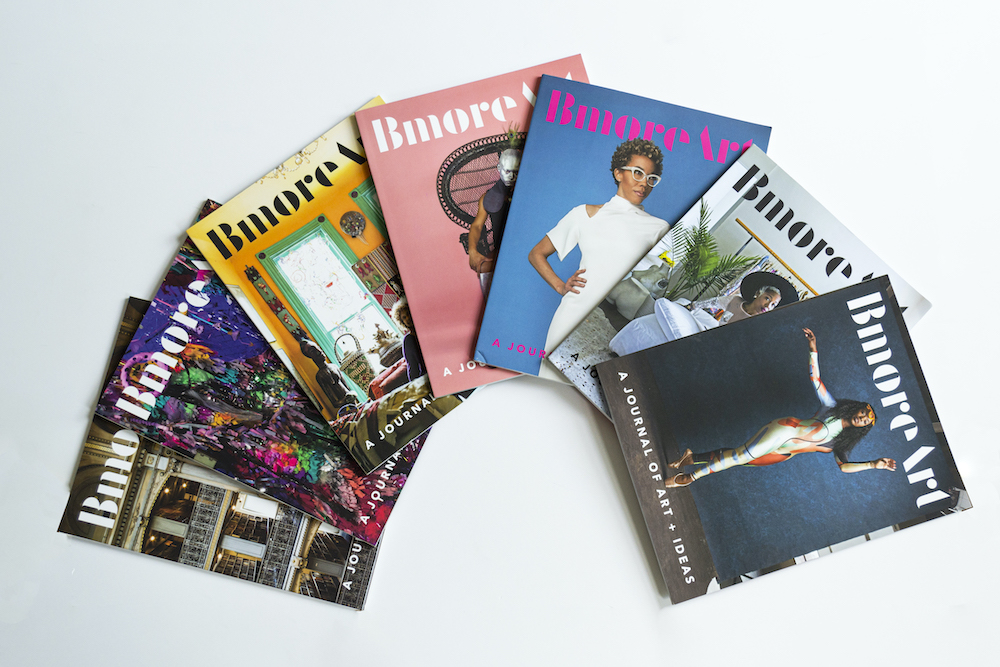 After postponing our Spring Print Journal – Issue 09: Craft – we are moving ahead to print with a New Subscription Service! We will mail issues to you safely at home! Subscribe to guarantee that you will receive Issue 09 in July!

For more information and resources for artists during coronavirus quarantine, please see our previous post: Actionable Items: Arts-Related Resources in the Age of COVID-19

Mindful of the unique hardships emerging artists – and in particular emerging Black Artists and Artists of Color – face as a result of the COVID-19 pandemic, Transformer will provide need-based, unrestricted relief grants of $500 to 20 emerging artists in DC experiencing financial hardship due to the pandemic.

Support for the relief grants come from Transformer’s Artists Sustaining Artists Program. As Transformer Board & staff continue to grow support for this initiative, Transformer will be able to offer this funding to more artists.

The results of the survey will not affect the program’s mission to identify, document, support, and present community-based living cultural traditions handed down by example or word of mouth. Its grant programs and support of public programming will continue. A current overview of the program can be found here.

MSAC began supporting folklife in 1974 with the Maryland Folklife Program. That program was rebranded in 2001 as Maryland Traditions, which has existed up to the present. Over the years, MSAC has raised the profile of Maryland’s living cultural traditions through grantmaking, festivals, fieldwork, archiving, and other activities. The current rebranding discussion is an effort to align the title of the program with the work it does, as well as with the titles of other MSAC programs.

The Maryland State Arts Council is accessible to all patrons. Guests with accessibility questions or who require additional assistance may call 410.767.6476 or email precious.blake@maryland.gov.

Which creative women in your life have inspired you? In the midst of this globally challenging time, we find ourselves reflecting on the strengths of our communities and the women who inspire us.

Here at The Baltimore Museum of Art, we don’t want to lose sight of the importance creativity has on our lives—now more than ever. So, we ask you to take a moment to be part of our 2020 Vision initiative by adding your story to our living mosaic celebrating the women who are making a difference in your life.

Tell us about an artist, a frontline worker or local hero, a mentor, friend, or family member you admire.

If you’re able, please consider sharing a donation along with your story. A gift of any amount will go a long way in helping the BMA continue to support and strengthen our incredible community, now, and into the future.

Kristen Hileman, independent curator and formerly the head of the Baltimore Museum of Art’s contemporary department

Independent Curator Kristen Hileman will discuss Jo Smail: Flying with Remnant Wings, an exhibition that opened at The Baltimore Museum of Art in mid-March and currently remains closed to the public due to COVID-19 restrictions. Living in Baltimore since 1985, Smail (b. 1943, Durban, South Africa) is a painter who uses a poignant and often eccentric language of abstract form and color to convey the strangeness, vulnerability, and complicated beauty of contemporary life.

Smail and Hileman worked on their first show together in the late 1990s, shortly after a fire had consumed Smail’s studio and decades’ worth of her paintings. The current retrospective reflects the ongoing relationship between the Baltimore-based artist and the curator and features works that emerged after the studio fire, as well as drawings and paintings made during Smail’s recovery from a stroke in 2000. Also represented are more recent pieces that address Smail’s relationship to her native South Africa and its system of apartheid including a series of collaborations with fellow South African William Kentridge and paintings that incorporate clippings from mid-20th century South African newspapers. In her art, as in her life, Smail confronts tragedies and contradictions and transforms them into powerful meditations on the human capacity to overcome and create anew.

$10 fee for guests and subscribers

Are you wondering how the Maryland Historical Society has pivoted in the current climate? What have we been working on and planning toward? Well, you are in luck! Join MdHS President & CEO, Mark Letzer, for a virtual ask-him-anything happy hour.

Register to attend this annual meeting where we will celebrate our accomplishments, talk about where we are headed, and answer your questions about the organization. Grab your homemade cocktail or mocktail and join us as we toast our outgoing board chair, Louise Lake Hayman, and welcome incoming board chair, Clinton Daly. Our very own Mark Letzer, resident bird aficionado and silver expert, will be “on-zoom” to answer any questions from you.

This virtual program is free and open to all audiences. Pose your question(s) for Mark when you register! Registration is required. After registering for the program, attendees will receive an automated confirmation email with connection instructions. We will connect via Zoom, which is available for free download here: zoom.us.download.

In conjunction with Zoë Charlton’s exhibition, The Domestic, C. Grimaldis Gallery presents Snippets, Tatters, and Wisps: Collage and its Conditions with artists Deborah Roberts and Zoë Charlton in a conversation moderated by Tim Doud.

Is collage an inherently political art form? Collage, the territory of Cubists, Dadaists, and Surrealists, is a process that reflects the fragmentation of culture, illustrates disruptive political actions, and signals the potential for the re-building of worlds and experiences. Deborah, Tim, and Zoë use collage and employ a collage aesthetic with different endgames in mind, but their overlaps speak to bodies, identities, fragmentation and embedded cultural signs within their source materials.

Please join us on Wednesday, June 17th at 6PM on Zoom for this virtual conversation. We look forward to your presence and participation!

This event is exclusive to BFSFF Members
Find Out How to Join Here:
http://bfsfilmfest.com/membership/

Shannon Houston is a poet, critic and TV writer.  Her work has been heavily influenced by her strange times, coming of age in Boston, Cleveland and New York. Houston graduated from Sarah Lawrence College in 2011 and went on to become a pop culture writer. and TV and film critic. In 2016 she transitioned to the TV world after selling a pilot to Amazon. She has written for Hulu’s The Looming Tower, Amazon’s Homecoming, Hulu’s Little Fires Everywhere, HBO Max’s Station Eleven and HBO’s Lovecraft Country. Her passions include visual art, music, baby-making and black women up to no good. She lives in Southern California with her three children and their beloved turtle.

Black Femme Supremacy Film Fest is a grassroots endeavor that connects Black Femmes throughout the African diaspora via the medium of film. A film festival that is quite possibly too future for its own good. Meaning we center Femme identifying Black people in our programming. The film and media industry has been historically centered around white males. This festival encourages filmmakers who are on the margins to come together and find community within ourselves. We want to re-envision the Black Femme as a global protagonist and universal archetype.

Washington Project the Arts (WPA) is pleased to present Land of Friends, a film by Los Angeles-based artist Carolina Caycedo. The program is part of “Perfect Knowledge of the Ground,” a WPA Bookshelf Project curated by DC-based artist Raina Martens.

“Land of Friends focuses on seemingly small images and micro moments of everyday life to highlight the tensions and struggles between local fishing and farming communities and the multinational corporations converting the Yuma into hydroelectric power. In the film, Carolyn Caycedo intersects footage recorded along the river with scenes of her tracing the flow of the river with a brush on paper and, towards the end, with images turned upside down. The choice of everyday gestures and these interventions acknowledge the small-scale informal economies along the river and the relationship people develop with bodies of water and their spiritual significance. Through the practice of appropriating for example satellite images and the insistence on developing alternative forms of representation, the film proposes the unlearning of our reductive and commodified perception of rivers.”

ABOUT THE FILM CREATOR

Carolina Caycedo (1978) is a London-born, Los Angeles-based, Colombian multidisciplinary artist known for her performances, films, artist’s books, sculptures, and installations that examine environmental and social issues. She participates in movements of territorial resistance, solidarity economies, and housing as a human right. Her work contributes to the construction of environmental historical memory, as a fundamental element for non-repetition of violence against human and non-human entities.

Caycedo has participated in festivals worldwide, among them the Berlin Bienniale, Chicago Architecture Biennial, Istanbul Biennial, São Paulo Art Biennial, and the Whitney Biennial. Recent and upcoming solo shows include “Care Report” at Muzeum Sztuki in Łódź, Poland; “Wanaawna, Rio Hondo and Other Spirits” at Orange County Museum of Art in Santa Ana, CA; “Cosmoatarrayas” at ICA Boston; and “From the Bottom of the River” at MCA Chicago.  She has held residencies at the DAAD in Berlin, the Huntington Libraries, Art Museum, and Botanical Gardens in San Marino, CA; and Occidental College in Los Angeles. She is a member of the Los Angeles Tenants Union and the Rios Vivos Colombia Social Movement.

MAWU… The end is the beginning is the end
Friday, June 19 • 1-10pm
hosted by VisArts Rockville

About the artist: Ada Pinkston is a multimedia artist, educator, and organizer living and working in Washington DC as a fellow of the Halcyon Arts Lab. Born in New York, her artistic research interest spans the across social science, American Studies, and socially engaged community art practices. Over the years, her work has been featured at a variety of spaces including The Baltimore Museum of Art, the Walters Art Museum, the Peale Museum, Transmodern Performance Festival, P.S.1, The New Museum, Light City Baltimore and the streets of Berlin. She is a Baker Artist award semifinalist (2016), a recipient of an Andy Warhol Foundation Grit Fund Grant in Visual Arts, administered by The Contemporary (2017), and a Robert W. Deutsch Foundation Ruby’s Project Grant in Visual Arts (2017). A graduate of Wesleyan University (B.A.) and Maryland Institute College of Art (M.F.A.) she has given guest lectures at The French Embassy, NYU, UCLA and The National Gallery of Art to name a few. Her most recent collaborative project includes founding the LabBodies Performance Art Laboratory in Baltimore, Maryland.
mawu.space

header image: MAWU… The end is the beginning is the End, Ada Pinkston at VisArts