Making Space for Ourselves: The Black Trans Lives Matter Mural on Charles Street 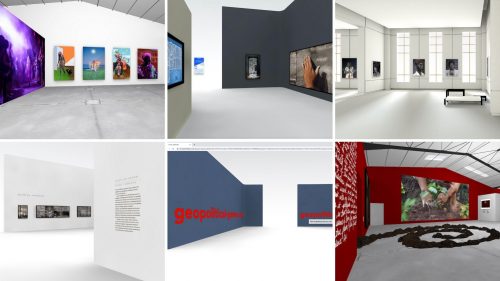 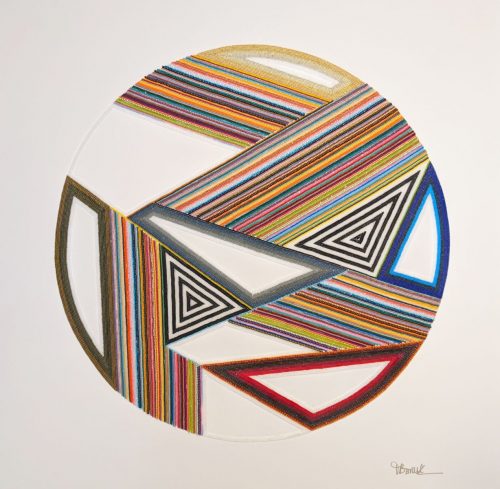 News & Opinion
Making Space for Ourselves: The Black Trans Lives Matter Mural on Charles Street
Organized by Jamie Grace Alexander with Baltimore Safe Haven, a Street Mural Reclaims a Part of the Neighborhood 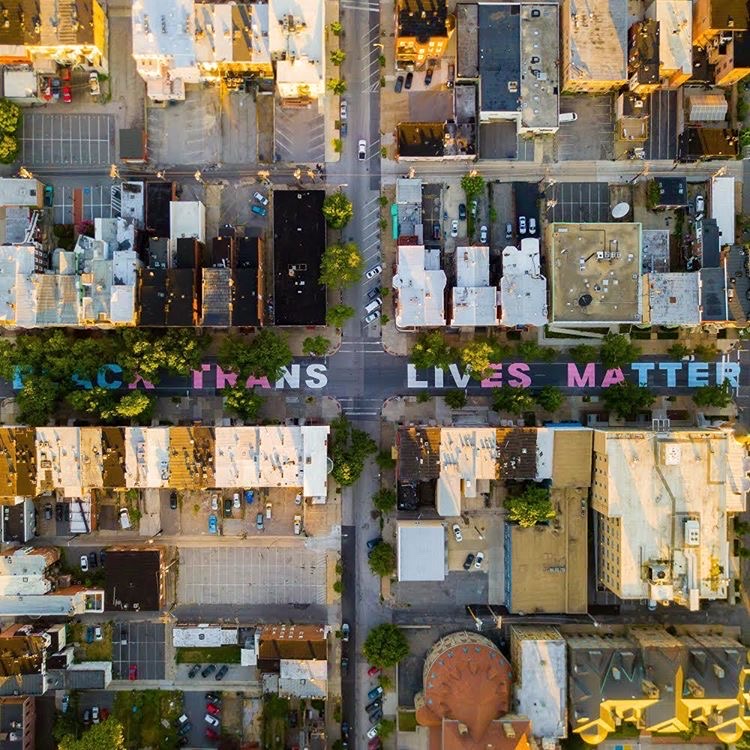 Slogans are sometimes hijacked. Created by radical Black organizers Alicia Garza, Patrisse Cullors, and Opal Tometi, #BlackLivesMatter was initially a battle cry after George Zimmerman was acquitted in the murder of Trayvon Martin. When the phrase gained traction and coalesced into a national movement, it was much to the chagrin of white racists who still call the movement a hate group. Today the words have traveled and the meaning has become more complex: It’s a hashtag that floods our newsfeeds, widely proclaimed by museums with few Black curators or predominantly white programming, by retail and restaurant businesses with documented racist policies.

The hypocrisy has been disorienting. How do we ensure these sayings maintain their integrity? How do we prevent these movements from getting co-opted by powerful actors with no intention of following through on their declaration that Black Lives Matter?

Street murals are being painted all over the country, one response to the current state of protest against racism, police brutality, and oppression. In Baltimore, artist/curator Jamie Grace Alexander’s “Black Trans Lives Matter” mural, recently painted across two blocks of Charles Street in the Old Goucher neighborhood, is meaningful for several reasons. For one, its physical location—a stretch of road known as “the stroll,” often frequented by sex workers—makes it all the more potent that Alexander, a Black trans woman, organized and executed this project, reclaiming space and beautifying the neighborhood in a way that’s not superfluous. It’s also located near Baltimore Safe Haven (BSH), Alexander’s collaborative partner on this project, a small nonprofit that materially supports Black trans folks to affirm that their lives do matter.

Over the course of several hours on July 17, Alexander and her collaborators operated in tandem with the city and BSH to orchestrate a large-scale public art project, painting those words in gradated shades of baby blue, pink, and white, reflecting the Transgender Pride Flag.

“22nd and Charles is The Stroll,” says Alexander. “It is a workplace for Black transgender women as much as it is a community space.” Black trans women, some of whom perform sex work in this area, have suffered violence, homophobia, transphobia, and racism on this concrete stretch of land. BSH is located nearby on Charles Street and easily accessible for those who need its connections to housing, mutual aid, clothing, safer sex kits, naloxone and other resources the most.

“I think that the neighborhood’s association and connection to Black trans people is inarguable, and this has included negative responses with transphobia and street violence,” Alexander continues. Aside from direct violent attacks, like assault, murder, and police brutality, trans people face indirect forms of violence as well: Unstable housing and income create vulnerability to those who must find less traditional ways to take care of themselves, including sex work. According to a 2015 survey of transgender people in the US, one in eight respondents had performed sex work at some point in their lives, with Black trans women disproportionately represented at 40 percent of that overall number.

When the mural was in progress, Alexander says that some people in the neighborhood came by and voiced their opposition. She expected that this might happen, so she made sure that most of the details of the project were kept confidential as long as possible. To those who saw the mural being painted and came by antagonistically, she says, “Stay mad.”

The project is a physical and artistic rewriting of history, a kind of alchemy through community organizing. The mural took a total of ten hours to paint as well as “a huge coalition of people” including Alexander and Black trans people involved with Baltimore Safe Haven, including executive director Iya Dammons. (Dammons also organized the Black Trans Lives Matter March that took place in June.) Alexander estimates between 50 and 100 people, including artists and activists, came through starting at 11 a.m. on July 17, chalking and outlining text on the street before filling in the letters in the afternoon.

Alexander and Baltimore Safe Haven worked with the city to get the mural project approved, and because of that, the mural “is here to stay.” They went through the Department of Transportation (even obtaining the paint from them) and worked with the Mayor’s Office of LGBTQ Affairs. “I like to engage the community through my art, whether that’s collaborative work through a shared vision or engagement with the audience,” Alexander says. “I want people at the intersection of 22nd and Charles to see this work.”

Grace considers herself a historian. This identification is apparent especially in this moment when her public art project has made an indelible mark on Black trans art endeavors and activism. “I am making history, I am writing it, as well as examining it,” she says. Her “Baltimore Queer Paper” is a research project examing Baltimore’s queer history using the Baltimore Gay Paper and other media sourced from the University of Baltimore’s archives. “I’d look at photos of my black trans foremothers, scanning the background for clues as to who they were,” she writes about the project.

Alexander is also the curator of the Gender Museum, a Baltimore-based online initiative focused on representing the multiplicity of gender in the arts. The museum’s recent social media campaign asked trans artists of color to send a visual representation of their gender expression through photos or art. Artists were then featured on the museum’s Instagram and received financial compensation.

Alexander’s IRL curatorial debut was the show sur/reality at Baltimore City Hall Gallery in June 2019. In partnership with the Gender Museum and with the Mayor’s Office and Baltimore City LGBTQ Affairs, sur/reality was “an exploration of the dual existence of transness both as an experience & as an identity” and featured the work of Alexis Reehill, they.girl, Avery Chang, Daphne Pugliese, Devin Cherubini, Diana Reighart, Eliot Raynes, Felix Sweeney, Maddy Kelly, Mars Hoggard, Prescott S, Sim, Smith “Smith” Smith, Tristan Heelys, Juliana Diaz, and Viv Licata. Along with a music project called BLK Vapor, which she works on with two other Black queer artists, Alexander is a visual artist who was included the group show Catch > Release > Activate at Waller Gallery in January, where she explored mirrors and self-reflection, and through the use of graffiti she got people to engage themselves in her work.

"That is the revolutionary work—just helping your friends and loved ones."

Alexander emphasizes that activist work does not have to be totally encompassing. In completing the mural, she was relieved of a lot of the burden of the large-scale project because she had community help. “People focused on the curve of one letter as I coordinated painting both blocks,” she says. “You don’t have to be involved in everything. The thing that you’re doing for the moment is good, as long as you’re listening to organizers and doing everything they’re telling you to do… It’s no more than helping people. It could be as simple as getting water, especially if you are also oppressed. That is the revolutionary work—just helping your friends and loved ones.”

For Alexander, community organizing is a form of art. She recognizes that without the help of others the completion of such a massive project would have been more difficult to pull off, but on the day of painting the mural everyone worked together, utilizing different strengths and resources, listening to each other in order to complete it. “The strength in queerness is relationship building,” she says. “Let’s push each other forward, especially as Black queer people struggling together.”

The coordination with Baltimore Safe Haven and dozens of volunteers created an artistic safe space in the Black Trans Lives Matter mural, where Black trans folks can recognize their worth and see their lives reflected in a part of the city that holds complicated meanings for them. “The LGBT shit is not about identity, it’s about experience,” Alexander says. “We are beyond pronouns. It’s about street harassment, about space being taken away from us, and the experience of needing to make that space for myself wherever I go.”