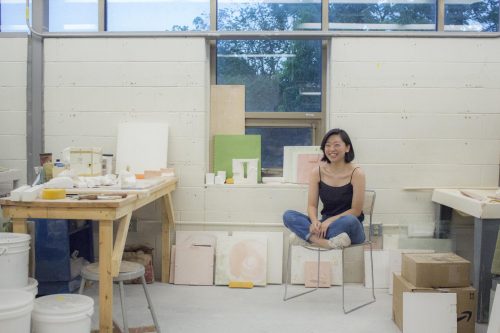 Make, Break, and Reassemble: An Interview with Ha [...] 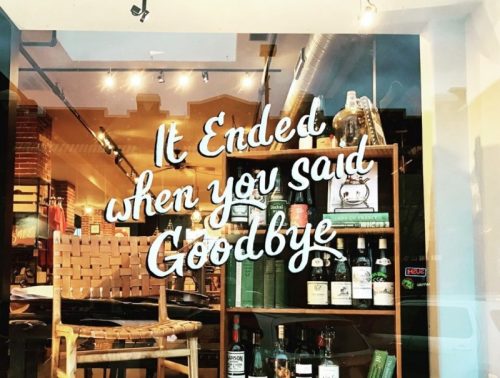 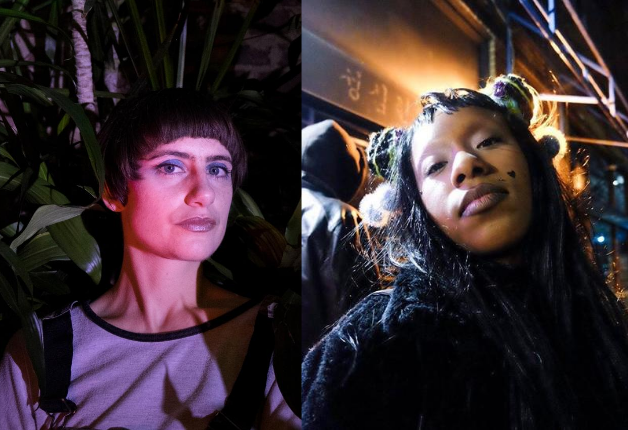 The collaborative soundscape and video Immortal Voices, by Amy Reid and Pangelica, begins with what sounds like a siren beckoning you toward something beautiful and unknown. A woman sings a single clear note that is then manipulated and stretched and delayed until it folds over itself. One woman singing becomes many women singing, a chorus crashing against the waves. An undercurrent of arpeggios bubble and build towards new heights.

In Greek mythology, sirens lured sailors to their deaths through song. Their lilting voices teased men with the prospect of beautiful women and tricked them into wrecking their ships on rocky shores. This composition, though, doesn’t feel doomed or dangerous. It sounds hopeful and otherworldly.

Tied together under a single name, Immortal Voices is divided distinctly into two parts—the first by Reid, the second by Pangelica. “We both had an opportunity to explore our own individual pieces, come together to discuss our ideas, and find creative ways to connect them together,” Reid says.

[GRL PWR is] very much rooted in our womanhood and feeling each other emotionally and perceiving each other and what we can handle. I love that about us.

The project was crafted for the Walters Art Museum’s Art Sound Now series, which asks musicians to use works in the collection as inspiration. Reid chose a gold-accented ivory statuette of Amphitrite, Greek goddess of the sea and wife of Poseidon. Pangelica picked “Mummy and Painted Cartonnage of an Unknown Woman,” remains from Ancient Egypt that were excavated around 1930 and acquired by the Walters in 1941. The sound art was streamed online, accompanied by videos the artists created.

Both Pangelica and Reid were attracted to the marginalization of their subjects. Amphitrite was tasked with calming her husband’s rages, and her story exists in his shadow. “It made me think of women’s role as nurturers and mothers,” Reid says. “Sometimes we do it as a labor of love… and then sometimes it’s placed on us.”

The Unknown Woman, meanwhile, is not even named. “Existing as a woman, I spend so much energy trying to be heard, and I fight all the time being muted,” Pangelica says. “The act of us making sounds for the pieces literally was like giving them a voice.”

Pangelica and Reid are used to thinking about who has a voice, and who is made voiceless by a patriarchal and white supremacist society. The two are longtime collaborators, and together form GRL PWR, an organization dedicated to creating inclusive spaces and elevating people of color, women, and trans, queer, and non-binary people.

Pangelica says that their working relationship is rooted in care and tenderness. “We have created our own little microcosm of how we operate, and it’s not based off of the traditional things that go into running an organization,” she says. “It’s very much rooted in our womanhood and feeling each other emotionally and perceiving each other and what we can handle. I love that about us.”

While Reid’s part of Immortal Voices hints at the heavens, Pangelica’s deals with darkness. Ancient Egyptian culture placed great value in the afterlife. Bodies were prepared with care and specificity. Corpses were mummified, wrapped in linen, then placed in a sarcophagus or a cartonnage—a covering made from linen and plaster, then painted—as the Unknown Woman was. These rituals were usually reserved for the upper class, who had the money to pay for such funerary practices.

Pangelica’s piece accompanies the listener on a journey through the underworld, mirroring the journey of the Unknown Woman. It begins with a dull drone, backed by a wind-like whisper. An image of Deir el-Bahri, the necropolis complex from which the Unidentified Woman was excavated around 1930, twists into a psychedelic blur. A synthesizer in the minor key evokes a John Carpenter soundtrack and builds tension until a breaking point. Then, a release.

It’s as if the clouds have parted, and a soft and high note floats by. A woman brushes her hair, her face turned away. Shots pan over tarot cards and dead moths and a butterfly wing. The sounds distort again, while people sing joyfully, faintly, in the background. The samples are from the Elmolo tribe of Kenya, who live off of Lake Turkana, which is part of the greater Nile basin.

Back in early June, Pangelica attended a memorial to honor Black women and girls who had been victims of state and domestic violence, including Breonna Taylor, Korryn Gaines, Nina Pop, and Aiyana Stanley-Jones. “Being a Black woman, I just had this overwhelming feeling in participating in the ritual that I had never felt before,” she says. “It was reclaiming our power.”

Mythologies, religions, and fictions are often marked by transformation through darkness, a journey to the underworld. Orpheus follows his beloved, Eurydice, to Hades, in a fated attempt to bring her back to the land of the living. Dante travels through the nine circles of Hell in order to reach Paradise. Osiris is murdered by his brother Set, only to become god of the dead himself.

Water, too, is a transformative agent. Baptisms symbolize rebirth. Holy water is healing. While composing her piece based on sea goddess Amphitrite, Reid thought of “how much information water embodies from the past to the present,” she says. “It represents where all of these worlds are simultaneously existing at the same time.”

This current moment in time feels particularly dark, as though we’re in the heart of Hades, and our return is not yet guaranteed. But of course the darkness that exists now has always existed. Death and rebirth are part of the same cycle.

Reid says that maintaining hope is important for her “as a way to envision new worlds that we want to exist in,” a sentiment that Pangelica shares. New worlds where marginalized voices don’t exist in the margins. Where wives don’t need to calm their husbands’ rages. Where women are given care and respect before and through the afterlife. Where sirens can sing beautiful songs for themselves.

The Walters Art Museum will stream a live Q&A with the artists on Thursday, July 30th at 5:30 p.m.