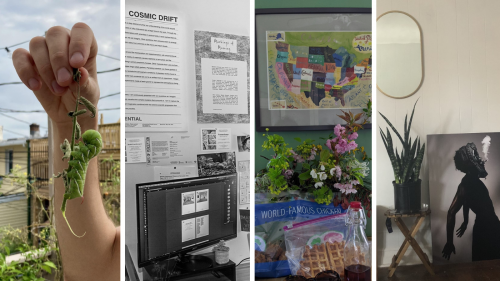 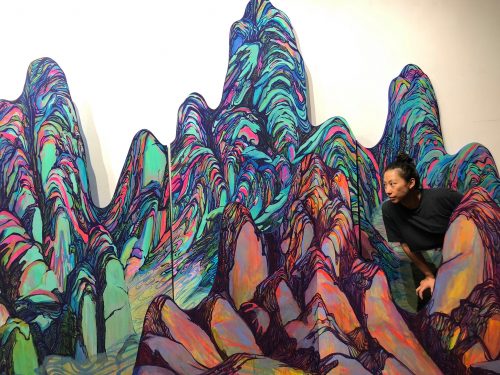 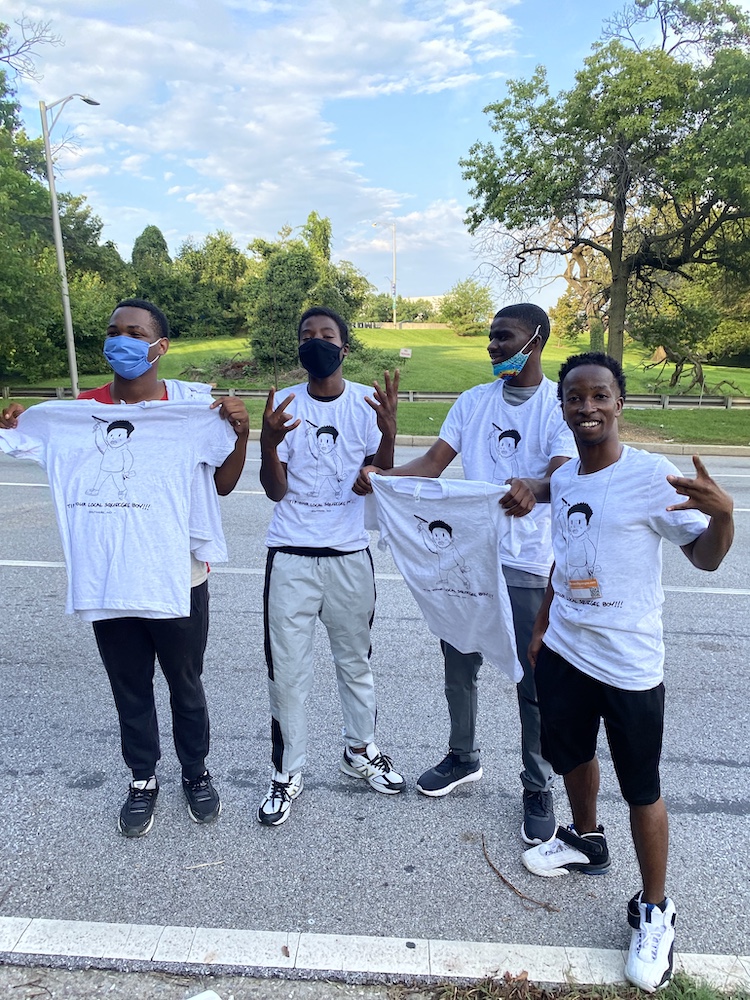 Around the start of this summer, amid a pandemic and (another) national reckoning with racism,  Dylan “Toyomansi” Ubaldo wanted to boost Baltimore’s so-called squeegee kids—those mostly young, mostly Black individuals who set up every day at intersections trying to make some money, dealing with the wildly vacillating energy from hostile/rude drivers to kind/generous ones, while also being surveilled by police, all while trying to work despite so many barriers this antiblack city has put up for them.

Ubaldo, a culinary/music artist and fixture of the DIY scene, thinks of the squeegee kids as entrepreneurs, hustling against all those barriers. He says that, in a small way, they remind him of his own teen years trying to make a buck, growing up in Frederick. “I wasn’t squeegeeing windows, but I would go to different shops when I was 13 or 14 and ask if I could sweep or wash the windows or something to make money because I literally wasn’t old enough to get a job,” he says.

The idea to support the squeegee-ers sprang up when Ubaldo stopped and talked with a few of them a few months ago and suggested they share their Venmo or Cash App handles with drivers who don’t carry cash. Given the context—the economically devastating pandemic and simultaneous uprisings against police brutality—Ubaldo suspected there were probably more folks who have the means wanting to give a little extra to these people they encounter almost daily. Although many squeegee-ers do use these apps (and they’ll usually let you know as they wipe down your windshield), the people Ubaldo spoke with at the beginning of the summer noted that those apps require access to a bank account, which not every squeegee-er has or is even old enough to have.

That bump in the road led Ubaldo to ponder it more. He considered one of his own methods of promoting his work as an artist and a musician—selling merch. “A T-shirt is a great way to just show people what you’re doing,” he says. “And at the end of the day, they’re doing a service, so give them a tip.”

Ubaldo sent a DM to Reem Unknown, an illustrator, photographer, and rapper well known in the city’s underground music scene, wanting to commission him to design a T-shirt that says “Tip your local squeegee boy.” It’s worth noting that, of course, not every person wielding a squeegee at an intersection in Baltimore is a kid, or a boy: some are young women, some nonbinary, some adults. The fact remains that many are performing this labor because their needs aren’t being met elsewhere. (Hear from squeegee-ers directly about their reasons for doing this work by watching By Any Means Necessary: Stories of Survival, a documentary which airs on MPT Sept. 21 and 22.)

Reem, born and raised in Baltimore, thinks highly of the squeegee-ers and was down to collaborate with Ubaldo. “I thought that was the coolest thing ever. I’m all for the squeegee boys,” Reem says. “They just trying to get by as best they can and make an honest living. I could never hate on someone, especially another black man trying to make a better situation for themselves.”

For this collab, there were no stipulations from Ubaldo; he just wanted Reem to come up with something “empowering” that felt true to his recognizable style. Reem says he’s not sure how to describe his style, “but a lot of people tell me my art reminds them of chibi figures from anime but hella Afrocentric.” The result is a line drawing of a kid gripping a spray bottle in one hand and raising up a squeegee with the other, in a gesture reminiscent of the Black Power fist.

Squeegeeing has been a “source of hot, racialized debate” ever since the city officially decreed the practice illegal in 1985, wrote Ron Cassie in an article last summer. The “squeegee controversy,” he continues, “has risen and fallen every few years, typically driven by outrage from white commuters following a fresh report that someone near a squeegee location grabbed a wallet off a car seat, kicked a door, or hurled a water bottle at a vehicle. Each episode inevitably casts everyone with a squeegee in hand in the same dark light.”

Such episodes, as they are often reported on in the media and spoken of in council meetings, are one part of the dehumanizing, racist policy and rhetoric that frames squeegee-ers specifically—and Black Baltimore youth in public places generally—as an “issue.” Nevermind that the self-made job of squeegeeing is not substantially different from selling lemonade or cutting grass for neighbors in the suburbs; nevermind that some people take to squeegeeing to avoid getting caught up in the drug trade.

In 2017, former Mayor Catherine Pugh launched a “Squeegee Corps” with the goal of professionalizing this work, setting up car washes around town. Three years later, it’s clear that project never materialized into something sustainable that could actually meet people’s needs.

Although Ubaldo’s T-shirts might seem to serve a similar goal of legitimizing the work, he isn’t necessarily expecting the squeegee-ers to wear them like a uniform. He is also clear about the material limits of this project: orchestrating the art and distributing the shirts/cash in his spare time is “the least I could do,” he says. “On a really micro level, I just wanted to be like, ‘Hey, somebody supports you.’”

The shirts cost $20 and were screen printed by the local Black Collar Screen Printing; owner Scott Archer donated the labor. After recouping the cost of shirts, about $15 from each shirt sold went directly to squeegee-ers, who also received their own shirts. In the first round of sales with Reem’s limited edition design, 60 shirts were sold. An additional 65 were distributed to squeegee boys around the city—along with $530, netted from sales through Ubaldo’s Bandcamp page. Ubaldo sees this as more than a one-off project, and he wants to work with different Baltimore-based artists to produce more shirts so the squeegee-ers can have a wider selection to wear. He plans to release the next design within a few weeks via Bandcamp again.

Now a longtime figure in the local art scene, Ubaldo started making art in LA, where he says he felt isolated. When he moved to Baltimore, he says, “the art scene—and specifically the black art scene—took me right in. And I never really felt judged and I always felt supported, which was something that felt very new to me.”

The communal spirit he found in the local music scene has reverberated through numerous projects and events he’s worked on, like the music collective Llamadon which included artists like Elon, Butch Dawson, and Joy Postell, among others, the “freestyle cypher and beat meet” BeetTrip, and Calasag Pop-Up where Ubaldo cooks and serves Filipino food around the city.

With fewer resources than other cities, Baltimore artists have to do a lot with a little. For Ubaldo, weaving together community activism and art feels like a personal responsibility. “I think the artist has power and control over whatever they do,” he says. “Because we live in communities where there might not be a ton of money, we feel more inclined to do work that isn’t just serving capitalism.”

Reem believes in the essentiality of art within the broader community, too, beyond the solitude of a studio. “I feel like everyone has a role, you feel me?” Reem says. “You got organizers to lead protests and provide for the community, artists (visual artists, musicians, dancers, poets, etc.) that use their art to reflect the times and bring awareness, and healers to help people navigate through the madness. I think art is just a part of one big push against the system and I think that shit is cool.”