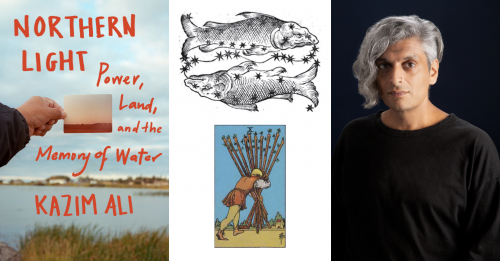 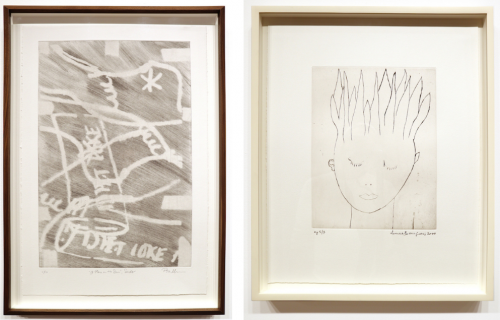 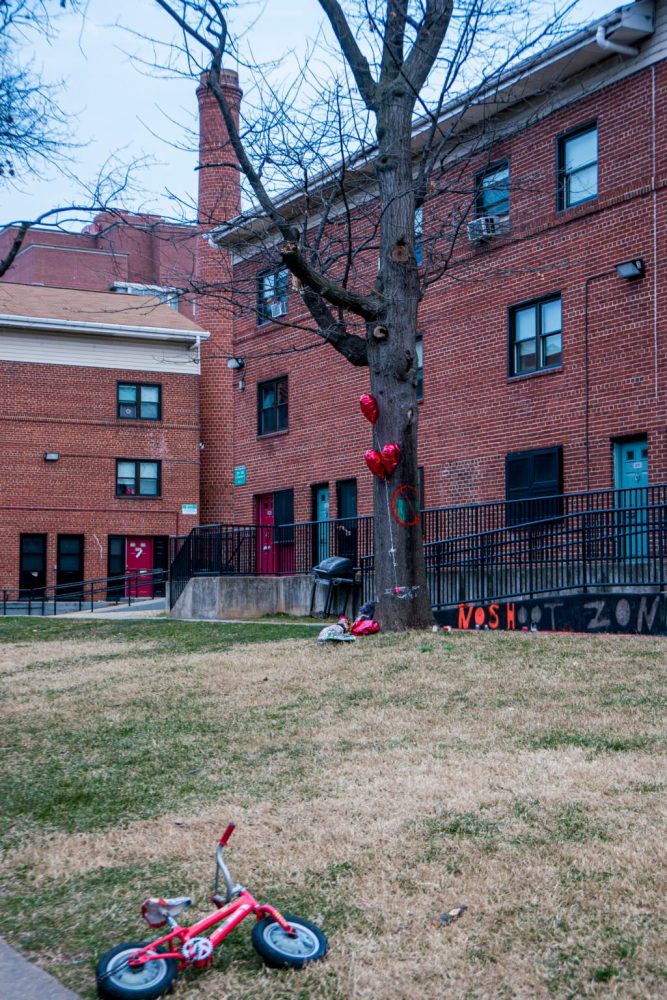 Excerpt: On Sunday, Feb. 20, outside of the Sparrows Point Amazon facility in Baltimore County, several dozen people braved freezing temperatures to hold a car caravan and demonstration in solidarity with unionizing Amazon workers in Bessemer, Alabama.

The historic union drive of mostly Black Amazon workers in Alabama is making waves across the country, including in Baltimore, where dozens rallied in solidarity last weekend. The highest-profile organizing drive in the South in recent memory has gained steam amid a COVID-19 pandemic that has boosted Amazon’s profits and market share, along with the wealth of its founder Jeff Bezos (who has gained at least $90 billion and is reportedly seeking to buy the Washington Football Team). Hundreds of workers across the country have contracted COVID-19, and many have been fired for speaking out about unsafe working conditions.

5,800 workers at an Amazon facility in Bessemer, Alabama, are voting on whether to join the Retail, Wholesale and Department Store Union (RWDSW), and face what they say is an anti-union campaign and blatant intimidation by management, which is trying to thwart unionization efforts by tracking employees, hiring anti-union firms, and using a host of other anti-union tactics. The group More Perfect Union has documented the various techniques Amazon has engaged in, including even changing traffic light patterns to disrupt union activity. This week, it was reported that Amazon has offered to pay $1,000-$2,000 to workers if they quit before March 16, 13 days before voting ends on March 29.

The demonstration in Baltimore County was one of dozens of actions that took place across the country to demand Amazon respect the right of its workers to organize and improve safety conditions, organizers said.

Excerpt: The Hogan administration found itself under increasing attack on Wednesday, as local leaders and state legislators from Maryland’s largest majority-Black jurisdictions intensified their expressions of frustration over the state’s COVID-19 vaccination program.

In back-to-back online forums, they accused the state Department of Health of failing to anticipate — and overcome — challenges in distributing the vaccines. As a result, they argued, the government has failed to get doses to the state’s most vulnerable communities.

The officials stressed they wanted not just to air a list of grievances but also to provide constructive ideas.

As state and local leaders — all Democrats — launched their attack on the state’s vaccine rollout, the Hogan administration offered its most detailed look at who has received doses so far.

The data show that Baltimore City has received the third most doses, per capita, in the state, behind Kent and Dorchester counties.

Excerpt: The Baltimore Convention Center Field Hospital, one of Maryland’s COVID-19 mass vaccination sites, will launch a pilot program to improve access to the vaccine for vulnerable communities in Baltimore, Gov. Larry Hogan announced on Monday.

“This innovative program gives us another powerful tool to reach vulnerable communities with safe and effective vaccines,” Maryland’s acting health secretary Dennis Schrader said in a statement. “This is an all-hands-on-deck undertaking, and I want to thank our partners for their commitment to ensuring equitable access to vaccines.”

The convention center, which is led by the Maryland Department of Health, University of Maryland Medical System, and Johns Hopkins Medicine, over the next several weeks will phase in a strategy to expand vaccine access to people who live in six “high vulnerability” ZIP codes in Baltimore City.

Excerpt: Baltimore will pilot a new program to track the flow of illegal guns into the city, in an effort to determine how guns that have origins outside of Maryland wind up in the hands of local criminals.

“What this tool does is enable our detectives to see the full picture of guns fueling violence in Baltimore, the majority of which come from outside our community,” Mayor Brandon Scott said at a Wednesday afternoon news conference. “Without getting a handle on the supply and flow of guns into our streets, we will not be able to get a handle on the violence.”

The program, the Gun Trafficking Intelligence Platform, was developed by and offered to Baltimore by Everytown for Gun Safety, a nonprofit that advocates against gun violence and for gun control. The organization, known as Everytown, was founded and is largely financed by Michael Bloomberg, the former mayor of New York City.

The Violence Interrupter in the Mayor’s Office
by J. Brian Charles
Published February 26 in The Trace

Excerpt: Dante Barksdale was a Safe Streets violence interrupter. Like the other “credible messengers” whom the program relies on, the 46-year-old Barksdale knew the streets of Baltimore. He was raised in Lafayette Courts in East Baltimore, in the shadow of Johns Hopkins University. As a young man, he scratched out a living as a corner boy, selling drugs during the era when heroin and crack struck a double blow to the city.

Barksdale — or “Tater” as his family and close friends called him — was a people person. He knew everyone on the street: the dealers, the shot callers, the mothers out with their children, and even the shooters who in a split second could end a life. By 2008, years after he left the corner and became an outreach worker, his favorite line was “go deeper.” There was much more to the violence in Baltimore than guns and drugs, he argued. If Baltimore wanted to end the crisis, the answer had to include more than cops and arrests.

During the initial days of Safe Streets, in the early 2000s, Barksdale began to press the other young activists on what was required to make change in Baltimore. Through that, he met Brandon Scott, who was building his own grassroots anti-violence organization, 300 Men March, and was a liaison for then-mayor Stephanie Rawlings-Blake. This past November, Scott, who is now 36, was elected mayor on a platform to treat gun violence as a public health crisis. Scott’s efforts — his reimagining of public safety and treating violence — come with a dash of Dante Barksdale’s “go deeper” mantra. During an online event on January 18, Scott recalled his early meetings with Barksdale: “He didn’t want any of us to get comfortable in this work because there is so much work to be done.”

Excerpt: City Council President Nick Mosby handed over a large portion of today’s Board of Estimates hearing to two towing company attorneys, who used the meeting as a megaphone to badmouth Baltimore’s chief corruption fighter.

In a letter to campaign supporters last week, Nick Mosby asserted that even though his wife had done “nothing illegal, nothing immoral and nothing nefarious,” her name “is consistently being drug through the sand with misrepresentative headlines and attacks.”

The letter concluded, “Will you make a donation today and help my wife continue her fight for a better future?”

And while some believe that the transparency the bill is looking to provide goes too far, others argue that chiefs and sheriffs too often allow investigations to be swept under the rug, leaving civilians in the dark and problematic officers to continue to act inappropriately in the field.

Excerpt: Where I live in Baltimore, utility bills can be a crushing burden. That’s especially true for the city’s low-income residents, most of whom are Black. A 2020 study found that a quarter of low-income households here spent more than 21.7% of their 2017 income on energy, which is more than seven times higher than the median energy burden. Kristal Hansley is working to change that.

On Juneteenth last year, Hansley launched WeSolar, a firm that provides affordable solar energy to low- and middle-income households. The company is based on a community solar model, wherein people buy or rent the panels on nearby solar farms. The power those panels generate is sent back into the grid, and the customers who pay for the panels then get credits on their utility bills to lower the overall costs. WeSolar currently has three farms in Maryland and is in the process of bidding on three more.

The model helps provide solar power to those who may not otherwise have access to it. Research shows that Black and brown communities are far less likely to have access to rooftop solar power, for a variety of reasons, among them that it can require thousands of dollars in upfront costs and it requires people to own the home where the panels are being installed. The country’s long, racist history of redlining, segregation, and labor exploitation makes it more difficult for Black Americans to buy homes than their white counterparts. According to the Census Bureau, Black Americans have the lowest rate of home ownership in the U.S. of any race.

Excerpt: The Roland Park Community Foundation has officially launched a fundraising campaign to buy 20 acres of land from the Baltimore Country Club to create a park, after the club announced that the land is for sale.

The non-profit foundation is holding three virtual meetings in the coming weeks to explain the campaign and show people how to contribute.

The group recently led the effort to stabilize the historic Roland Water Tower in nearby Hoes Heights, which will have a community park at its base.

The foundation will likely have to compete against deep-pocket commercial developers for what is one of the prized green spaces left in the city.

After a bitter fight with the community in 2016, the country club was unable to rezone the land for denser development. Currently, the property is zoned for residential housing with minimum lot sizes of 14,250 square feet.

Excerpt: The General Assembly is again this year taking up legislation that would make Maryland a sanctuary state. The controversial bill, which is scheduled for a hearing Wednesday before the House Judiciary Committee, is designed to protect undocumented immigrants from being reported to federal immigration authorities after interactions with police.

The legislature has considered iterations of the proposal at least as far back as 2014. None has had great success, and the bills have often languished in committee. But as lawmakers grapple with broader changes to policing, advocates hope the bill finally sees some success.

During a hearing on the Senate version of the bill in January, Claudia Ramos, an immigrant from El Salvador who has lived in Maryland since 2005, said the measure could help people like her feel safe.

Header image: Anti-violence workers and community members gather for a vigil for Dante Barksdale in early February. Shan Wallace for The Trace