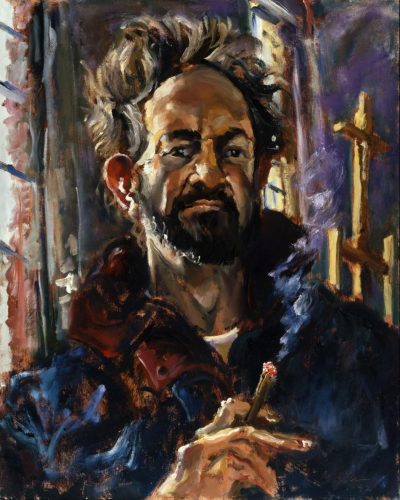 In His Own Words: Raoul Middleman 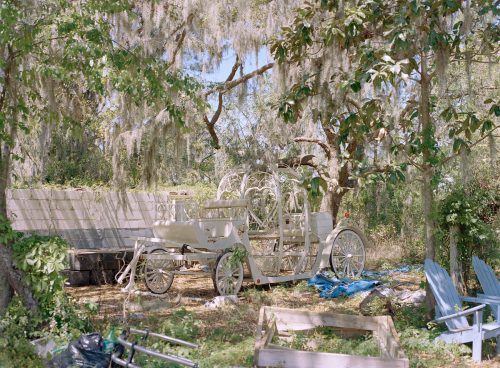 Feeling the Echoes from Ukraine with Irina Rozovs [...] 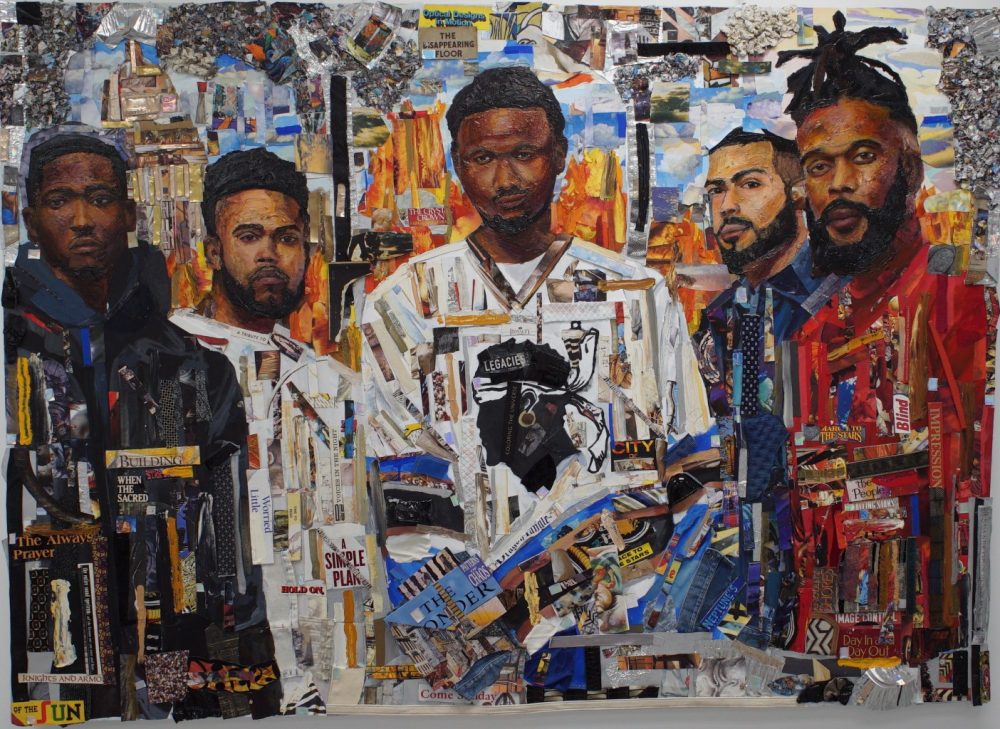 This week’s news includes: Brittany Young steers B-360 into the future, Hammerjacks is back (again), a podcast profile of Espi Frazier, Three Artists to Watch from curator Thomas James, and more reporting from Baltimore Brew, Technical.ly Baltimore, INERTIA, and other local and independent news sources.

Excerpt: The Baltimore Museum of Art has selected two interim co-directors to lead the museum during the transition period after current director Christopher Bedford leaves the museum, until a new permanent director is selected.

Dietze previously served as an interim co-director from 2015-2016, before the museum selected Bedford as its director.

Both Naeem and Dietze have been “integral” to the BMA’s adoption and implementation of its strategic plan, museum officials said.

James D. Thornton, vice chair of the BMA’s board of trustees, said in a statement that he has “every confidence” in Dietze and Naeem to lead the the BMA as the museum works to identify its next director.

Winslow grew up on the west side of North Avenue and attended Baltimore School for the Arts before graduating from The Peabody Institute at Johns Hopkins University. He taught music for three years at Gilmor Elementary before pursuing a more fulfilling career in music.

Excerpt: Thomas James is an independent curator, working primarily here in Maryland and Washington DC. I first met Thomas in 2018 at the Creative Alliance in Baltimore, where he was the Visual Arts Curator. In 2019 I interviewed him for the Ask an Arts Professional series about his position in the Arts and how he has navigated that role. Since then, he has been involved in projects from the East Coast to West and continues his pursuit of championing artists interested in storytelling. I recently asked Thomas to share with readers three artists that we should be watching. Below are his picks and thoughts on those rising artists.

Excerpt: B-360, the STEM-minded nonprofit founded by Brittany Young, finally seems to be getting its flowers from the city and the DMV region as a whole.

B-360 harnesses the passion for dirt bikes to teach engineering skills to Baltimore youth and directs them toward STEM careers. Last year, Young was on the “The Kelly Clarkson Show,” this year she had a mural in DC, and now it all culminates in a dedicated B-360 Day on March 25.

But with all the praise and recognition, B-360 is still essentially a startup. The org wants to grow from seven to 20 staffers, and Young wants to find B-360 a permanent campus instead of scrambling every summer to find a place to run programs since 2017.

“I don’t know what anyone else wants me to win,” Young told Technical.ly. “Now I just want things to be easier for us as we’re in this journey to make our campus and easier for me as Brittany Young to navigate this space.”

After a Decade-Plus Hiatus, Hammerjacks Parties On
by Grace Hebron
Published March 30 in Baltimore Magazine

What had started five years prior in a rowhome as a rough-and-tumble watering hole would soon serve as a revolving door on South Howard Street for headlining acts like Guns N’ Roses, The Ramones, and Iggy Pop. Even before the move, Hammerjacks had become an impromptu destination for music royalty, with former Rockville resident Joan Jett filming her “I Love Rock ’N Roll” music video there in the early days of MTV.

Admittedly, Andy Hotchkiss wasn’t old enough to visit Hammerjacks during its fabled, metal-tinged heyday. But in 2018, the Rockville native, real estate broker, and lifelong music lover (pictured,) joined business partner Mark Dinerstein to bring the concert venue back to life, this time in the former home of another iconic Baltimore club, The Paradox.

Excerpt: Espi Frazier is a Visual Artist/ Art Instructor/ Fiber Artist Born in Chicago, Illinois and a Baltimore resident since 1993. Frazier received her BFA from the School of the Art Institute of Chicago, and her MFA from the Maryland Institute College of Art under Professor Grace Hartigan. Art. Frazier has been an instructor at Friends School of Baltimore since 1993.

“For us it means jobs.”
by John Lee
Published March 23 in WYPR

Excerpt: Turner Station, an historically Black neighborhood south of Dundalk in Baltimore County, has for years seen jobs vanish and residents move away.

The community is hoping legislation being introduced by U.S. Rep. Dutch Ruppersberger, a Democrat, will help reverse its economic decline.

Turner Station qualifies as an economically depressed opportunity zone which means businesses that locate there and create jobs can get tax incentives.

Next door to Turner Station is a mega job creator, Tradepoint Atlantic, the global shipping center being developed on the site once home to Bethlehem Steel. Tradepoint cannot qualify as an opportunity zone because it’s an industrial site. No one lives there.

Excerpt: On a recent Sunday, Father Al Risdorfer stands in front of an altar, flanked by the Maryland flag and an LGBTQ+ pride banner, with rainbow colors reminiscent of the stained glass windows that filter the church’s light.

As a cantor’s voice echoes off stone walls, parishioners line up to receive Holy Communion. No one is turned away.

Risdorfer tells Baltimore Fishbowl that the church community, Our Lady Undoer of Knots, wants to keep Catholic traditions alive while serving as an inclusive, nonjudgmental and affirming space for LGBTQ+ people, divorcees, and others who have been left out of the Roman Catholic Church.

Excerpt: Baltimore State’s Attorney Marilyn Mosby has amended her annual finance report to indicate that her 84-year-old grandmother – and not her deceased grandfather – contributed to her campaign.

The corrected report, submitted to the State Board of Elections, wipes from the public record a $500 check that was listed as coming from Prescott Thompson, who died in 2016, on November 30, 2021

Another $500 check from the dead man, going to the campaign committee of her husband, City Council President Nick Mosby, has not yet been corrected, a review of his finance committee reports shows.

After reports of dead fish and “volcanoes of black stuff” in Back River, MDE cracks down on sewage treatment plant
by Fern Shen
Published March 26 in Baltimore Brew

The environmental watchdog group has been working for the past two months with the city and the Maryland Department of the Environment (MDE) to craft a consent decree to bring the polluting plants into compliance.

But on a visit to the Back River Wastewater Treatment Plant in Dundalk Tuesday – triggered by citizen reports of a fish kill and floating solids in the river – inspectors found that the problems have worsened:

Settling tanks, filters and other components at the facility were clogged with scum and solids and rendered inoperable.

Some equipment was choked with reeds, grasses, vines and algae; some areas reeked of “sewer gas” (corrosive hydrogen sulfide).

In one instance, the inspectors observed “a floating layer of emulsified fats, oils and grease.”

And only two of the 11 primary settling tanks were in service, with one of them requiring maintenance to function properly.