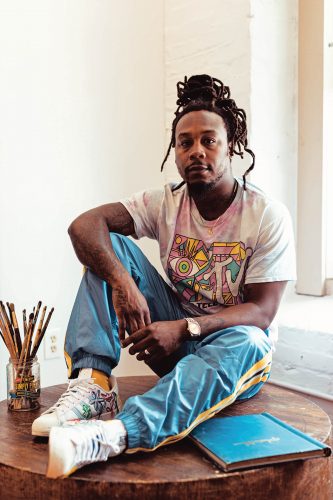 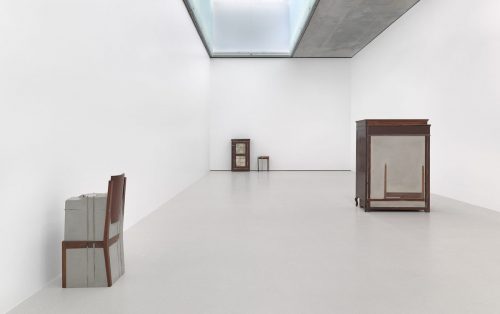 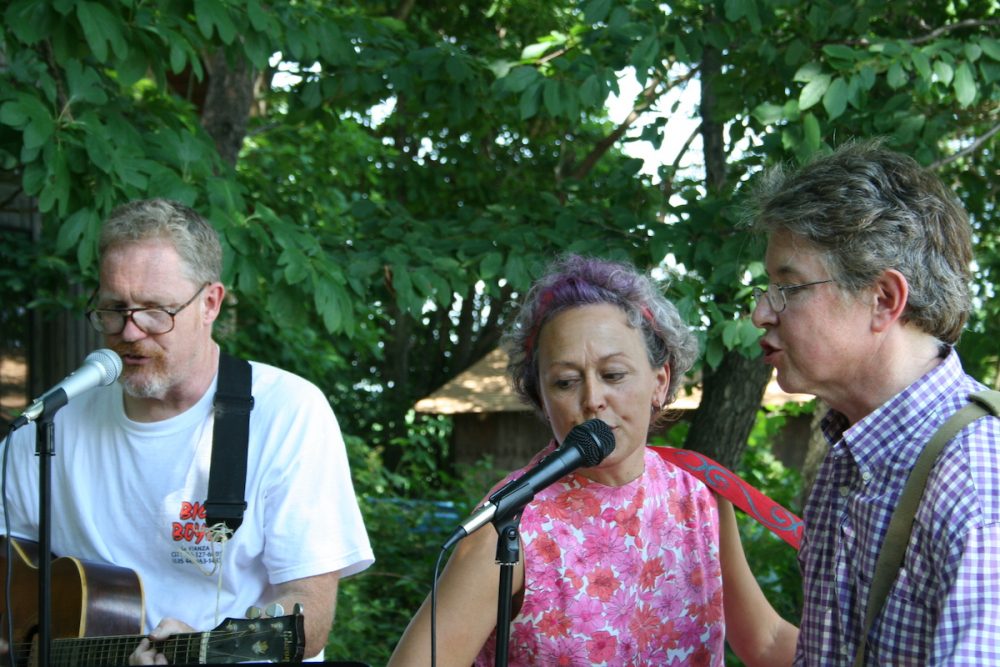 At the beginning of Aetia, the longest poem by Callimachus, the god Apollo appears to the ancient poet and admonishes him, “Fatten up your animals but keep your verses lean.” Noting this in the prologue of the epic creation myth poem, Callimachus immediately defies the god, writing a poem that runs four books long.

The Baltimore supergroup Old Songs sings this divine advice in “Wolf God Apollo,” a centerpiece of their new album, Callimachus: Songs From The Great Library. Voiced by Elizabeth Downing (Mole Suit Choir, Lambs Eat Ivy) and accompanied on guitar by Mark Jickling (Half Japanese), the track serves as sort of a mission statement for the project, which whittles the extensive body of work Callimachus left behind into a tidy 20-song cycle.

Old Songs began in 2002 as a collaboration in translation by Jickling and Chris Mason (The Tinklers), who would then start composing music to accompany their new interpretations. Callimachus: Songs From The Great Library is the first Old Songs release to be accompanied by a book of the new translations. Downing, an accomplished painter, provided the cover art.

“I had been trying to teach myself Greek, to read Sappho and these other poets, and then I found out that Mark was a classics major in college at Berkeley,” Mason says. “We’re both songwriters, and we decided it could be a fun project to compose music for some of these poems.”

The duo began making recordings in the studio of long-time Old Songs collaborator Jamie Wilson, and invited other musicians to collaborate.

“I was a huge Tinklers fan, so when Chris had the idea of singing ancient Greek poetry, I was all in,” Jickling says.

Once Downing joined, singing the words of Sappho, the trio clicked into place.

“They were going for an Appalachian folk punk sound which I could provide, and I got to deepen my understanding of ancient mythology,” she says.

In the ensuing decades, Old Songs has translated and composed music for more than 100 songs derived from archaic poets including Sappho, Alcman, Corinna, Alcaeus, Hipponax, and more. Over the years, a community of Baltimore musicians has frequently guested on Old Songs recordings, including Anne Watts (Boister), David Fair (Half Japanese), and Rebby Sharp (Orthotics). Sharp returns for Callimachus playing fiddle, along with Terence Winch on accordion and Jesse Winch on bodhran and bouzouki.

“When we started looking closely at Greek lyric poetry, I was struck by how quirky and personal it was,” says Jickling. “The archaic lyric poets are saying, ‘This is happening to me, and here’s how I feel about it.’”

Callimachus was an especially interesting figure, Jickling says, likely because of what he learned in his studies at the Library of Alexandria.

“He is reviving, in 300 BC, forms of poetry that peaked around 600-500 BC. He’s an African, but writes in Greek about Greek places he probably never saw. He seems to be very interested in religion and ritual, but there’s zero reference to Egyptian gods or practices in his work,” Jickling says.

Many of the ancient poets of note rose to prominence because they performed their works, often in song forms.

“There are many references to lyres, flutes, and other instruments in the poetry itself, and many vase paintings show Sappho, Alcaeus, and others performing,” says Jickling. “But we don’t have any idea what they actually sounded like. Was the music a simple beat or drone, or a complex tune? Did cover versions try to sound like the originals, or did other singers do Sappho in their own style?”

The songs that Old Songs composes do not attempt to reimagine the original music, but draw on their own musical practices in service of the lyric.

“My accompaniment is according to what the song needs: banjo thumping for a pulse or banjo bowing for an atmosphere,” says Downing. “What interests me are the muses who accompany the performers. If a performer comes to one’s door, one should assume that muses are present. If so, all become more beautiful, people fall in love, and the performer is given an extra portion of meat.”

While the majority of the songs on Callimachus: Songs From The Great Library are drawn from the poet’s shorter works, three of the lengthy hymns to the gods are also included in excerpted form. These excerpts, translated by Jickling, offer praise to Apollo, Artemis, and Zeus.

“Callimachus’ hymns are really long, and they don’t have a single story line. My abridged versions just pick out the parts that were most interesting to me,” says Jickling. “I think that a lot of what’s in the hymns is supposed to be funny, though almost no scholars seem to agree. So I went for the jokes.”

Old Songs will perform the music of Callimachus: Songs From The Great Library at Normal’s Books & Records at 3 p.m. July 10. Admission is free, and attendees will be required to mask. Old Songs’ prior works are available via their Bandcamp page and the Pennsounds archive.