Nights at the Museum: an Interview with Charm City Fringe Founder Zachary Michel 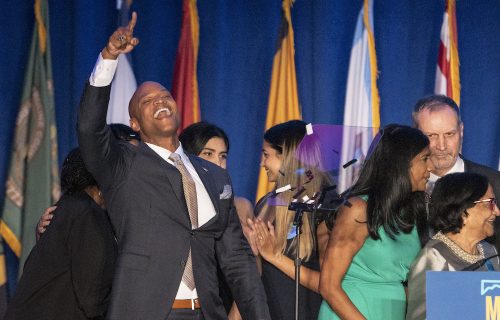 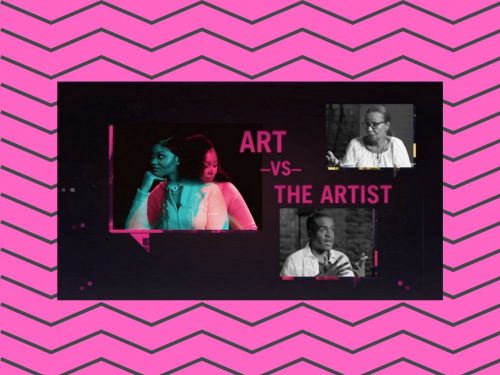 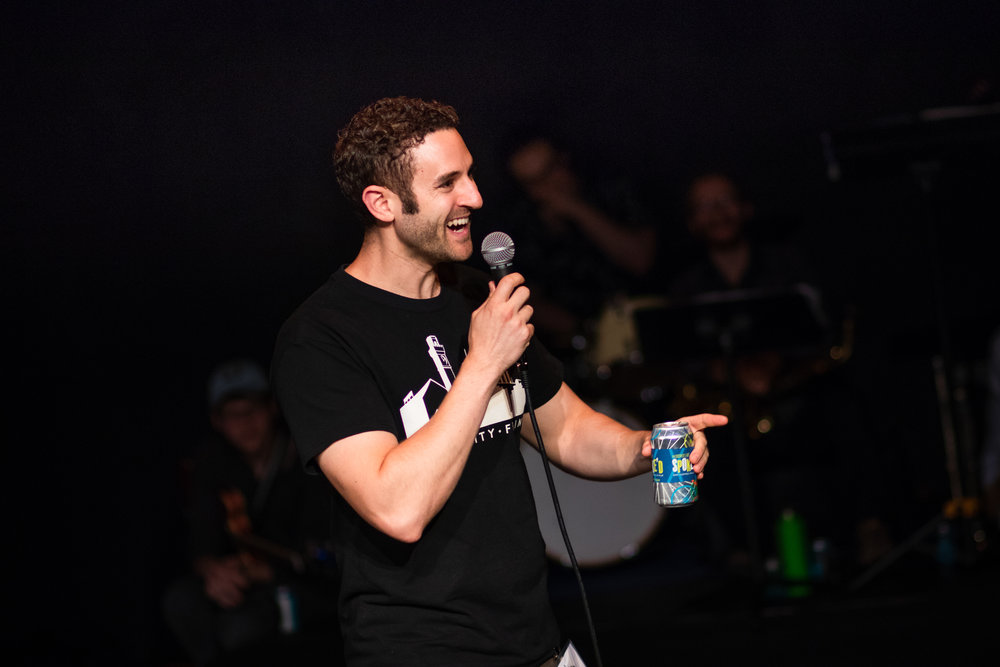 Charm City Fringe is officially back, bringing the weird and wonderful to The Peale tonight and tomorrow.

In Baltimore’s crowded pre-pandemic performance scene and festival calendar, it was hard to see it all. One often-overlooked gem was Charm City Fringe, a local take on the international Fringe Festival model, which brought theater, music, and all sorts of experimental performance to venues around the city for the better part of the last decade.

Since its inaugural edition in 2012, Charm City Fringe slowly and quietly grew to include an impressive and diverse roster of performers and loyal supporters, from drag acts and ballet to magicians and confessional one-woman shows. I was a bit late to the party, only discovering our local Fringe Festival in 2019 (full disclosure: I was also a performer that year).

A few months later, the COVID-19 pandemic shuttered theaters and DIY venues along with the rest of the world, and Charm City Fringe went on hiatus for two years. But now it’s making a triumphant comeback, with a more intimate format and exciting new venue: the recently renovated Peale Museum. Tickets are still available for Nights on the Fringe, which will kick-off tonight from 7:30-9:00, with an option that includes a VIP experience tomorrow, Saturday.

The shows, hosted by Fringe Fest veteran Aaron Henkin, will feature a wide variety of art and entertainment, from musicians such as de ROCHE and L. Rodgers to puppet shows from Schroeder Cherry and Devin Martin. Other performers include longtime Fringe thesbian Alexander Scally, the award-winning juggler Kathryn Carr, and Pariah Sinclair—one of my personal favorite drag queens.

I chatted with Charm City Fringe founder Zachary Michel about the festival’s past, present, and future.

I’d say drop all expectations and go in with an open mind. You go in looking to have fun and see new things.

So you guys are back! This will be your first event post-pandemic, right? That has to be exciting.

Yeah, First thing in three years! We did the last Fringe Festival in 2019, so it’s been a while. We’re excited. It’s our tenth year, so it’s also a different kind of nervousness—mostly just because it’s like shaking up all the dust and getting things moving again. But definitely excited!

So for someone who’s never been to a Fringe Festival before, how would you describe it?

Fringe Festivals…oh man. I’d say drop all expectations and go in with an open mind. You go in looking to have fun and see new things. There are these amazing established artists and some more emerging works-in-progress. It’s such an awesome fun opportunity to get in on the ground floor of different artists and theater companies doing what they do, and some of them are wildly experienced and have been around the scene or even the country for years and others are just breaking in.

Ten years is a big deal!

Well, people didn’t really know about us <laugh> uh, for a while. When we started our first event was a small event in 2012, and then a one weekend, one venue event. And the following year was more formally a festival with multiple days, multiple events, venues, things like that. It just grew and grew. So yeah, it’s our 10th year, obviously minus the two and we weren’t active because of the pandemic.

And you were one of the founders, right? What inspired you?

Yeah. Me and Mike Brush… Whew. We were both basically unemployed in our mid-twenties and with that naivete the youthful vigor of being relatively fresh outta college. We’d lost our jobs in our respective careers and were looking to do something different, looking to make something happen. I wanted to put on a theater show. I had been in a couple of Fringe Festivals in DC in a couple shows, and I was like, “we should do this in Baltimore!” it was kind of just a “why not?” attitude and we just talked to people and built it from there.

It’s an opportunity for people to see a number of different acts all in one night under one ticket so they can find out what they do and don’t like. It’s really low-risk and really great reward potential because you have a chance to see six new artists that you might love. And if you don’t like one, then it’s 10 minutes, 15 minutes, and you’re onto the next. It’s really personal, it’s really intimate.

And this year you’re returning to the smaller format you started with, correct? Could you talk about that decision?

We are looking to make it an intimate setting so that we can really connect with everyone who’s attending. We want it to be something that— since we’ve been gone for two years—offers a more personal experience with everyone. We also need to start at a smaller scale because we’ve had a pretty large turnover in our all-volunteer base.

So we’re looking forward to having something that we can manage and wrap our hands around, a fresh start to learn from that isn’t the full-scale festival. It really serves both purposes but also to get back on the radar of the artists and the patrons at large. You know, we’ve been gone for a while, so this year is about letting everyone know we’re back and doing a bit of a preview of what’s to come.

It sounds cheesy, but it’s a return to our roots. That’s exactly why we did the first one, which we called Nights on the Fringe, in 2012. We wanted to get momentum. We needed to prove to ourselves that we could do it, and get something going. In this case, it’s more of welcoming ourselves back and celebrating and getting back in touch with audiences and artists. But it feels like we’re starting, but this time with years of experience and history.

Is there anything you’re especially looking forward to seeing as an audience member this year?

An artist who is totally new to me! L. Rodgers—a singer-songwriter from Baltimore I had never heard but who has this amazing voice and loyal following—I can’t wait to see live.

And Aaron Henkin returning to hosting! He has been hosting our Nights on The Fringe for years. We started the organization in 2012, and the first Fringe was this kind of variety-show-act-type thing. Later, we pivoted to being a more full-blown festival. But then in 2016 we brought back the model of doing this kind of variety show late-night vaudeville affair because it was just so fun, and Aaron has been really supportive and incredibly generous and he’s a fun host. He’s so good with the crowd.

I love the idea of variety shows, it’s such a good way to condense theater into something more accessible as opposed to the kind of FOMO you get running around to different venues, and maybe not knowing what to see…

It’s an opportunity for people to see a number of different acts all in one night under one ticket so they can find out what they do and don’t like. It’s really low-risk and really great reward potential because you have a chance to see six new artists that you might love. And if you don’t like one, then it’s 10 minutes, 15 minutes, and you’re onto the next. It’s really personal, it’s really intimate.

And this year it’s a more celebratory event. It’s a bigger stage, bigger theater. So it’s really a completely different type of program than the festival, but still a really great microcosm of fringe theater and arts.

And it’s so cool you guys are doing it at The Peale! I think a lot of people haven’t seen the museum since its renovation so this is also a nice way to activate that space. How did you end up partnering with The Peale?

We’ve talked with [Chief Strategy Officer] Nancy Proctor over there for years now, about different ideas, trying to brainstorm a way we could work together and the stars kind of aligned. A friend of ours who’s a Fringe regular, F. William Chickering, or “Chick” is now the Board President at The Peale. Chick oversaw a lot of the renovation process, and with that connection we were able to forge ahead and make this happen, which is rewarding because it’s something we’ve always had on the backburner as a bookmarked goal for years.

So for newbies who want to come meet the new-old museum and new-old Charm City Fringe, is there anything you want them to know?

Just from a ticketing perspective, we have the “date night” opportunity, which is a chance for you and a date or a friend to get tickets as a pair at a discount. So two or more people can get $30 tickets. And we have a VIP session on Saturday, which is really cool. It’s gonna be like the first private tour of The Peale since its renovation. And you’ll also get to meet and greet with some of the artists that are gonna be performing later in the night, and it comes with dinner and drinks.

It’s going to be a great opportunity to just get back in touch with Baltimore’s indie theater and performance scene. We’re excited to be back. I think that’s the biggest thing. Honestly, like everyone we’ve been hit just as hard by those two years of missing the art scene, missing being involved, missing getting to like help and contribute. We’re just really excited to be back out there and, and look forward to seeing everyone.