Marian McLaughlin is a musician, visual artist, naturalist, and educator. She toured extensively in the United States and the U.K., released three studio albums, and performed an NPR Music Tiny Desk Concert. She was a Strathmore Artist-in-Residence in 2015 and led an ensemble for the Kennedy Center’s Millennium Stage series in 2018. McLaughlin was a featured guest for WTMD’s Baltimore Hit Parade and recorded a live set in their studio. Always inspired by the arts, McLaughlin has worked for over a decade curating and presenting community events. From 2014-2019, she helped run the Holy Underground Arts Collective and hosted multi-genre concerts, puppet shows, small theater events, poetry readings, workshops, and art exhibits. 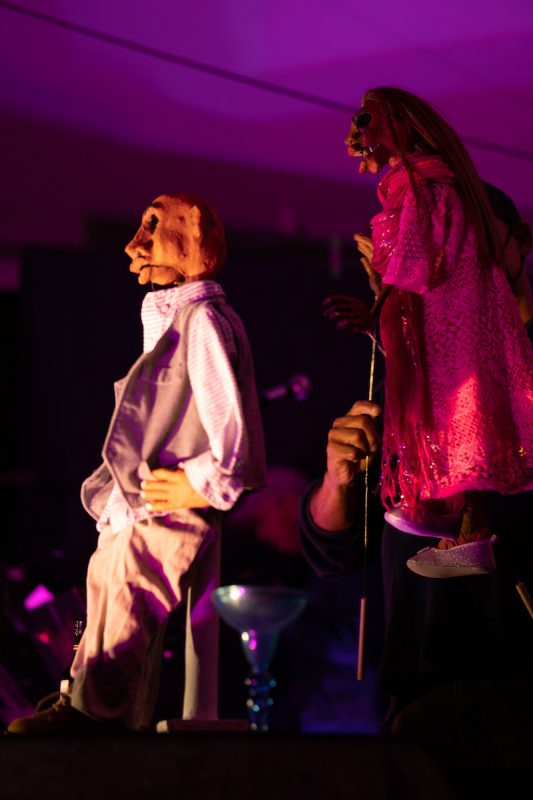 A Puppet Slamwich is geared for an adult audience, yet it taps into a childlike imaginary realm where inanimate objects are stirred to life through playful action.