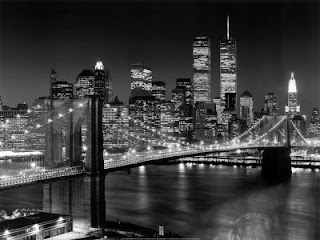 For 25 years, Elyas Khan tried to make it as a musician in New York. The front man for the band Nervous Cabaret, Mr. Khan lived in at least 20 places, from Bay Ridge to Washington Heights, moving each time his lease expired and the landlord jacked up the rent. He worked so many part-time jobs to make ends meet that he barely had time to compose new songs.

Two years ago, he and his wife, Melissa, got the boot from their live/work space in Dumbo when the landlord turned the building into luxury commercial space. That was the day Mr. Khan gave up on New York.

Now, the couple lives in Berlin in a two-bedroom apartment they rent for $750. Mr. Khan has a music studio with views of the city where he is finishing a solo record. His band has booked a European tour for December. And after living without health insurance for two decades, Mr. Khan visited a dentist for the first time in 22 years.

“In New York, you have so much pressure to survive, you don’t even know what you did that day,” he says from his home in Berlin.

Artists have long struggled in New York, moving into rough areas, gentrifying them and then getting forced out. But as the city has gotten increasingly expensive, there are few such neighborhoods left to move to, forcing a growing number of artists to abandon the city. Many had hoped the recession would bring down rents, making it easier for them to stay. Instead, rents have barely dropped, and the part-time jobs they depend on for survival have become harder to find. Without a strong arts community, New York risks losing its standing as a creative center, which could have a negative impact on numerous industries that depend on talented employees.