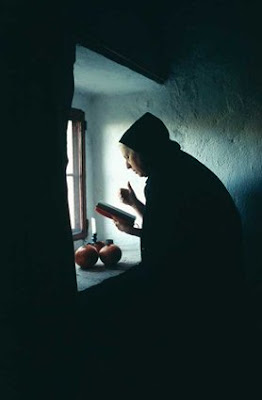 Israeli photographer Dovrat Amsily-Barak makes her US debut at C. Grimaldis Gallery
DOVRAT AMSILY-BARAK: DÉJÀ-VU
November 17 – December 31, 2010
Opening Reception: November 17, 2010, 6-8 Pm
Saturday Salon: November 27, 3 Pm
Dovrat Amsily-Barak is an Israeli artist who will be having her inaugural US showing with C. Grimaldis Gallery. She has also exhibited with the Susan Nielsen Gallery, Paris and the Studio Vogue Gallery, Toronto. Amsily-Barak will be exhibiting a series of staged photographs, entitled Déjà Vu in which her family members serve as models for a materialization of fantasies of a previous life in Europe under a Christian identity. Her “theater of stills” feature artificial interiors of monasteries, hospitals, asylums and orphanages. As in 17th Century Dutch genre paintings, her seemingly innocent interiors and objects produce a clandestine moral critique of her life and her art which she considers “one and the same.”
Share