Two Openings this Friday, May 6 at School 33

Head of Sand: A Studio Visit with Jason Hoylman b [...] 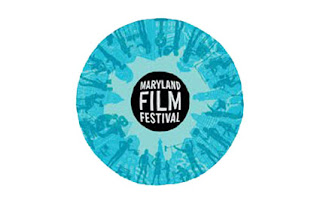 Maryland Film Fest is this weekend! It starts Thursday, with all-day programming Friday, Saturday, and Sunday at MICA, Windup Space, and all 5 screens of The Charles! Our entire film guide can be browsed here: http://www.md-filmfest.com/film-guide-2011.cfm.

If you want more detailed suggestions from me, I wrote some “insider picks” here:
http://sugarfreak.typepad.com/mobtownshank/2011/05/md-film-fest-2011-insider-picks-eric-allen-hatch.html

Advance tickets are available online. A money-saving tip: starting Friday morning at our box office (in the tents across the street from the Charles), you can buy tickets to any 3 movies for $20 total!

Our physical program guide will be available for free at all venues during the festival, but if you want to get a head start circling your picks on a schedule grid, you can download pdfs here:
http://www.md-filmfest.com/film-schedule-2011.cfm

City Paper’s Film Fest Frenzy issue hits the streets (and computer screens) tomorrow. Today through Thursday afternoon, I’m happy to field emails asking “Eric, will I like Movie X or Movie Z better?” After that, let your instincts (and my insider picks) guide you!

Thanks for reading! I hope to see you at the festival.