Practice and Meditations at Grimaldis Gallery by Cara Ober

Baltimore Liste at The Contemporary Museum – [...]

Practice and Meditations at Grimaldis Gallery by Cara Ober 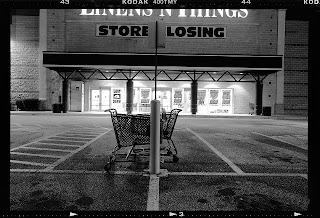 Side-by-side solo shows in a gallery are tricky to review. More often than not, there’s no relationship between the two separate exhibits, except for forced proximity. At first glance, this is the case with the two newest exhibits at the C. Grimaldis Gallery. Lu Zhang: Practice and Sofia Silva: Meditations on the Landscape of Desire differ in media, aesthetics, and content. But a common thread runs between both shows—a unique perspective informed by cross-cultural experiences.

Both artists were born outside the United States. Zhang was born in Chongqing, China, but grew up in Oklahoma. Silva is Argentine and has lived in the United States just since 2001. Each artist brings an “outsider” perspective to her vision. Both artists base their work on the collision of two disparate cultures, although Zhang tends to combine elements while Silva focuses on contrasts.

In her newest body of work, Lu Zhang crosses boundaries between drawing and sculpture, and combines elements of her Midwestern upbringing with Chinese characters and ceremony. In Practice, the artist uses ink on paper, acrylic on wood, and aluminum on plaster to explore visual relationships between marks and the surfaces that hold them. All of the works in the show possess a mysterious and ritualistic energy, which is imbued through Zhang’s practice of continual drawing, writing, and cutting.

“The pieces in this show are based around the idea of a repetitive artistic practice, but there is a deeper meaning,” Zhang explains. “It also refers to practicing the grieving process, in order to prepare for the day something bad actually happens.” After losing a close family member, Zhang began to examine the rituals surrounding grief, as well as the physical objects that American and Chinese culture designate for such purposes.

Many of the pieces in “Practice” function as monuments, combining celebration and mourning for the artist’s family members, as well as aspects of her self. One series of ceremonial objects include thin, three-dimensional triangles. “For Zhang Peng” is an oddly slender pyramid that is white on one side, with intricate, black script on the other. “Zhang Peng is the male name my grandfather wanted to give me,” Zhang says. “My father refused to give me a boy’s name, so I was named Zhang Lu instead.” For the pattern, Zhang has repeated the Chinese characters for ‘Zhang Peng’ in black ink to form an allover, overlapping pattern resembling a web. In a sense, the artist is mourning the unrealized potential of her grandfather’s vision for her in this piece, and ostensibly, her own eventual demise.

Another memorial object is dedicated to her mother. “When I was a child, our kitchen was covered in tin foil,” says Lu Zhang. “My mother cooked traditional Chinese dishes, often stir-fry, and it made a huge mess, so she would cover our kitchen in foil, so that it would be easier to clean later. As a kid, this was a huge source of embarrassment to me.” In her sculpture titled “Memorial,” Zhang uses aluminum foil and plaster to create a premature funeral monument for her mother, who is still living. Like a funereal floral arrangement whose vitality contrasts with the deceased, Zhang’s “Memorial” is both lively and somber. Shaped like a circular wreath or bunting, the piece is animated by a sparkley surface of tufted foil that belies its intended purpose.

Rather than coming off as depressing, Zhang’s works emphasize her deft hands and an inventive, laborious process. “Rituals for celebration and mourning aren’t so different,” she explains. Like the repetition of a familiar meditation or the counting of prayer beads, Zhang’s repetitive visual practice takes what she values most and distills it into universal symbol that cross cultural boundaries.

Although Sofia Silva’s content is quite different from Zhang’s, her work also analyzes American values from a non-native perspective. Silva has been photographing the suburban American landscape for close to ten years. She turns her camera on the places that most people see every day, but choose not to notice. Her depictions of barren parking lots, big box stores, and suburban tract homes chronicle the effect of consumer culture on the landscape, and also question the effect of such a landscape on popular culture.

“These are the buildings we are now surrounded by,” muses Silva. “I wonder what kind of people do these spaces make?” When she came to the United States, Silva moved to Columbia, MD to work at Towson University and to live near family. She was initially shocked at the lack of locally owned businesses in the area, as well as the lack of public transportation. “I was trapped in one place for the first time in my life,” she admits. “In Argentina, I had been very independent. As a teenager, I could go to the city, could go anywhere – by bus or train. In suburban Maryland, without a car, I was stuck in the suburbs. It was unsettling.”

She has since moved to Baltimore, but her initial impression was set. Silva began photographing parking lots and other commercial areas at night, without people to animate them. She often uses a panoramic camera to capture wide swaths of land – which ironically reinforces their flatness and emptiness. Her suburbia series now encompasses numerous locations at various times of day or night, but she isn’t concerned with documenting particular places. “They all look the same,” she explains. “It doesn’t matter if I am shooting in Rhode Island, St. Louis, or DC. My photographs highlight the sameness of all these places, so it doesn’t really matter where they are shot.”

Like Zhang’s sculptures, Silva’s new nocturnal images in black and white seem to exist as memorials – for times gone by when the natural landscape and individualization seemed to matter. In “Store Losing,” the artist depicts an empty parking lot with one lone shopping cart floating in the middle. In the background, the name of a giant ‘big box’ store is cropped out, but the ‘Store Closing’ sign underneath isn’t. A parking sign blocks out the ‘c’ from closing, so that it says, instead, ‘losing.’ It is unclear who is losing and what exactly has been lost, but the emptiness of the huge parking lot makes it feel universal. It’s a stark and depressing scene that is repeated often in the suburban landscape. It could be any town in the United States

More important than individual depictions, Silva is interested in the dialogue surrounding her images. “I often have people get excited because they recognize certain places in my photos – they think I shot the image around the corner from their house,” says Silva. “It’s funny because we all live around the corner from a McDonald’s or a Home Depot, but it draws people into the conversation.” As painful as it can be, Silva wants her viewers to recognize themselves in her images, and to become aware that these places are now embedded in the collective unconscious.

Lu Zhang: Practice and Sofia Silva: Meditations on the Landscape of Desire will be open to the public from May 11 – June 11, with an opening reception with the artists on Wednesday, May 11 at 6 p.m.