A Merry Xmas to You and Yours! … Bawlmore Style 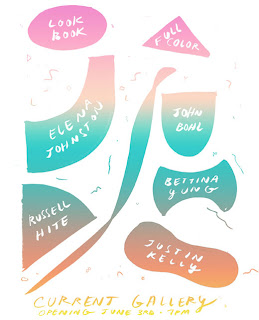 Last weekend I found myself in a discussion about the art market with an artist who had just returned from a week of art fairs in Miami. She visited Art Basel, NADA, Scope, and many of the other sprawling trade shows where art is treated as pure commodity and international blue chip works of art are purchased for more than a house costs in Baltimore. Rather than being dazzled by all the wealth and spectacle, she felt detached from it.

“It was depressing,” she confided. “I expected to be blown away by all these amazing works, but it all looked the same to me. And a lot of the work selling for millions was just awful. I just wanted to come back to Baltimore.”

When we switched topics and discussed some of the best art happening here in Baltimore, the tone of our conversation changed completely. The same artist had many accolades, favorites, and examples of high quality exhibits happening right here in Charm City. While familiarity does create amicability, I think she was on to something. I believe the art world is changing.

Instead of the hierarchical pyramid approach of the past, where exclusive galleries and artists in New York and London control all of the wealth and power, the art world is fanning out. Like the local food movement, regional artists are digging in their heels and investing their talents domestically, pursuing ambitious projects on the homefront. In light of this positive and continuing transition, I have enlisted a group of local artists, curators, and writers to name their favorite exhibits of the year. Through the eyes of the individuals who are deeply invested in the visual arts and choose to call Baltimore home, we all gain a richer sense of a complicated and growing movement, one that is potentially poised to encourage and nourish a whole new generation of artists. So here you have it, the year in art, direct from many of the artists and arts professionals who made it happen.

Craig Hankin is director of the Homewood Art Workshops at Johns Hopkins University, where he has taught drawing and painting since 1980. He is currently working on a graphic memoir, If I’d Known Back Then, with longtime collaborator, Tom Chalkley. According to Hankin, “Entering Gary Kachadourian’s Interior/Exterior installation at the BMA was like taking a 360-degree stroll through the artist’s mind. Obsessively detailed, beautifully rendered drawings of a bathroom, cinderblock walls, a dumpster, knotty pine paneling, and tangled weeds elevated the banality of contemporary life to epic scale. This exhibit was a real treat to see a hard-working, mid-career artist—and someone who has done much to advance the careers of other artists—recognized in one of his hometown’s grand venues.”

2. Rachel Rabinowitz: 30 Americans at the Corcoran; Corridor at the Art Museum of the Americas; and Tom Price: Meltdown at Industry Gallery

Rachel Rabinowitz is a contemporary art collector. She works with the C. Grimaldis Gallery and volunteers as a docent at the BMA. “My favorite exhibit of the year is 30 Americans … because black is beautiful,” Rabinowitz says. “This iteration of 30 Americans brings together seventy-one works by African American artists—thirty-one [artists], to be exact, since the collection continues to grow. Everyone should see this exhibit; this is some of the most significant art made in America over the last thirty years and African American art is American art. It’s an obvious concept, but a complex relationship to explore. And the works in 30 Americans offer an excellent starting point. This traveling show, on view through February 12 at the Corcoran Gallery of Art, draws from works owned by the Rubell family, a Florida-based couple with one of the world’s largest private collections of contemporary art.”

“Corridor deserves an A+,” she says. “The works in this exhibit were independently compelling as well as collectively appealing and included work by six important Baltimore artists and six Washington [D.C.] artists, hence the name. And, I cannot stop thinking about the Tom Price show. Technically, it was an exhibit of chairs, but design is playing a lead role in contemporary art. This show was incredible. The London-based artist also created an oversize cherry-blossom installation for the occasion.”

Print by Print at the BMA

3. Philip Koch: Print By Print at the BMA

Philip Koch is a contemporary landscape painter and self-described “reformed abstract artist.” He’s a longtime professor at Maryland Institute College of Art. According to Koch, “My favorite local exhibition would have to be Rena Hoisington’s exhaustive Print by Print show at the BMA. An enormous compendium of historic and modernist prints in made in series, the show has something for everybody’s taste. My personal favorites were the wonderful apocalyptic etchings by the usually way-over-the-top 19th-century British landscape painter John Martin.”

René Treviño is a local artist, represented by the C. Grimaldis Gallery, and exhibitions director at School 33 Art Center, a local nonprofit art space. According to Treviño, “My favorite exhibit of 2011 was, hands down, Points of Contention, a major installation by Jonathan Latiano at School 33 Art Center. Perhaps I am biased, because he is a former student and because I got to see the whole process from preliminary drawings to completion. But, this project was MAJOR. The artist created a rippled floor over the real floor in the gallery and then created a crystalized sculpture that looked as though it was crashing through it all. It was part-Superman’s Fortress of Solitude, part-meteor, part-scientific experiment, and just really awesome—a well-executed spectacle.”

Rod Malin is a New York City-based independent curator, as well as founder and director of Baltimore’s Guest Spot Gallery. Malin’s top pick for 2011 is C A R T at Current Space. According to Malin, “Modeled after a corner store, Current’s “art bodega” offered more than a refuge from the typical gallery experience. With over 80 participating artists from Germany, Australia, the Netherlands, Canada, the UK, across the US, and every place in between, C A R T conveniently redefined the shelf life that most artist-run spaces travail to avoid.”

Baltimore-based artist Julia Kim Smith exhibits her conceptually-based works in Los Angeles, New York, and a number of other cities. Her With Banksy project has been covered in national art publications Juxtapoz and Kidrobot, as well as men’s magazines Hypebeast, GW, and Shortlist. Smith’s top pick for 2011 is Luis Camnitzer at El Museo del Barrio in New York. “I enjoyed Luis Camnitzer, a survey of work by the pioneering conceptualist,” says Smith. “Camnitzer is probably most famous for his trenchant, politically-based work and his critiques of the art market (the exhibition was heavy on the latter). Pintura, [an] original mural (1972), in the final gallery, is witty, self-deprecating, and dead-on—as relevant in 2011 as in 1972.”

7. Soledad Salamé: Print by Print at the BMA

Soledad Salamé is originally from Chile, but has called Baltimore home for more than twenty years. Her prints and installations have been recently exhibited at the Contemporary Museum, and she is represented by Goya Contemporary in Baltimore. Salame was magnanimous in her choice of the best exhibit of 2011. “Print by Print at the BMA was the first time I have ever seen a large series of prints by an artist. I’ve always worked in series, but you never get to see this in exhibits. Just the print series by Piranesi was fantastic on its own, but the exhibit as a whole was truly mind-blowing. I loved this show and can’t wait to go back and see it again.”

Monique Crabb is originally from Houston, Texas, but now calls Baltimore home. In 2009, she graduated from the Maryland Institute College of Art with a BFA in photography and is currently five years into operating Current Space with Michael Benevento and Andrew Liang. Crabb’s top choice for the year was Strange Grip, a group exhibit by Andrew Liang, John Bohl, and Bonnie Brenda Scott at Nudashank Gallery in Baltimore. According to Crabb, “The lively and surreal visuals provided by Strange Grip gave viewers the opportunity to rummage through the minds of three emerging artists whose works seamlessly straddle the fine line between dream and reality, joy, and terror.”

Oletha DeVane is a prolific local artist and is currently the head of visual arts in the upper school at McDonogh School in Owings Mills. For DeVane, naming her favorite exhibit of the year was easy: “Prospect 2: Joyce Scott and Nick Cave at Tulane University’s Newcomb Gallery. Joyce’s work is challenging, provocative, and her ability to engage audiences is tremendous. The work intersects social and political concerns about race and culture and it’s one of the best shows I’ve seen of her work in a long time. Nick Cave’s work was more whimsical, and both were beautifully crafted.”

Alex Ebstein is an artist, writer, curator and co-director of Nudashank Gallery in Baltimore. According to Ebstein, the best exhibit of the year was Full Color / Look Book, two simultaneous and complementary shows at Current. “Full Color included collaborative and individual works by John Bohl, Bettina Yung, and Justin Kelly, all of which veered into the colder digital color spectrum, along with an eighties’ graphic sensibility,” says Ebstein. “Elena Johnston and Russell Hite’s Look Book consisted of collages and mixed media works on paper that shared a retro, tribal theme and summery palette. In both exhibitions, the works were so conceptually well-grouped that individual hands blended into collective style. These two shows separately emphasized the collaboration and aesthetic cohesion that comes from close working relationships and shared studio space.”