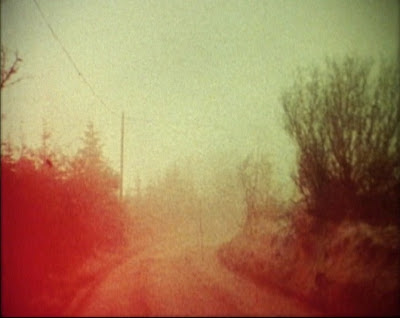 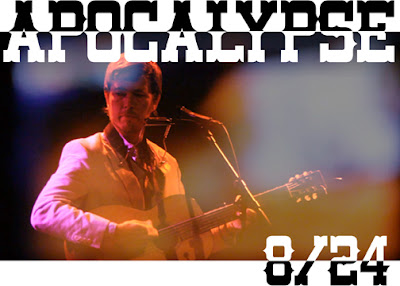 Maryland Film Festival is proud to welcome acclaimed Drag City recording artist Bill Callahan back to Baltimore for this special event. Bill will be appearing in person with the film’s director Hanly Banks to discuss APOCALYPSE, the new documentary film about Bill’s 2011 tour for his album of the same name. Sounds by DJ secretweapondave. Food and drinks by The Golden West Cafe and beer by Union Craft Brewing. $5 admission. Gates at 6:30 PM, film at dusk. More details to come. Sponsored by Golden West Cafe, The Baltimore City Paper, The Current Gallery, Sound Garden, the Ottobar and Union Craft Brewing. Seating is limited. Blankets and beach chairs encouraged. http://www.facebook.com/events/118076781672559/

Chairs will be provided, but feel free to bring your own seating or blankets! $7 general admission $5 for Maryland Film Festival Friends of the Festival or if you carry a flier coupon from the door of the Bill Callahan Apocalypse film screening from the previous night – also at Current Space – and hosted by the Maryland Film Fest!  Here’s their facebook event: http://www.facebook.com/events/118076781672559/

All films featured on 16mm!

SCENE MISSING exposes the enduring tradition in experimental cinema of repurposing found and original film footage. The medium is masterfully recycled by means of chemical and optical manipulations. Frame by frame, the filmmakers’ devotion to celluloid involves an intensely personal quality and handcrafted integrity. Emotional resonance projects through the envisioning of ephemeral worlds, excavation of collective memory and disruption of narrative artifice. The beauty of what is long gone or recently passed is resurrected through unique film spaces that overwhelm the senses.

Films: Are We There Yet? by Moira Tierney Poor Jim by Kenny Curwood Gossamer Walls by Malic Amalya Make them Jump by Kelly Spivey Inside Velvet K by Luther Price Her Fragrant Emulsion by Lewis Klahr Keep the Home Fires Burning by Ryan O’Toole Outer Space by Peter Tscherkassky The Exquisite Hour by Phil Solomon TRT: 88m