A Review of Outpost Journal: Baltimore by Cara Ober 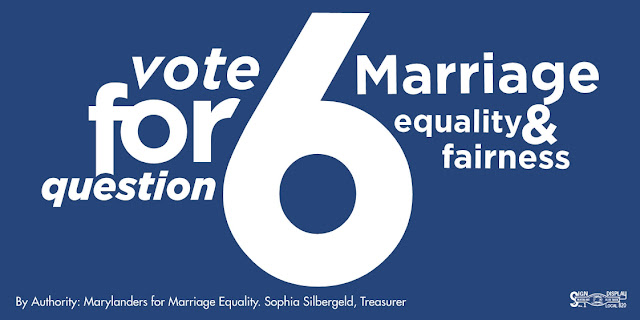 Yeah, yeah… Maryland is a Blue State, so why bother? If you’re thinking that skipping this year’s presidential election won’t make a big difference and will spare you from yet another Baltimore City Jury Duty summons, you are incorrect on both counts.
If you stand for fairness and equal rights for all Marylanders, you need to get off your ass and vote YES for Question 6 on Tuesday. Despite its legality in several states, gay marriage has not yet passed in referendum. This is pathetic. Now it’s up to us – yes us, little bitty Maryland – to prove that it is time to stop treating gays and lesbians and trannies like second class citizens.
Just for the record, Bmoreart officially endorses Barack Obama for a second presidential term (duh) and officially supports a big ol’ YES for marriage equality for all citizens. Even if you’re lukewarm on the presidential election, you need to go to your polling place and vote on Tuesday because Question 6, sadly, is going to be a close one. There are still tons of judgmental assholes out there who think that people are capable of choosing who they fall in love with. As if.
– Cara Ober, Editor
Share