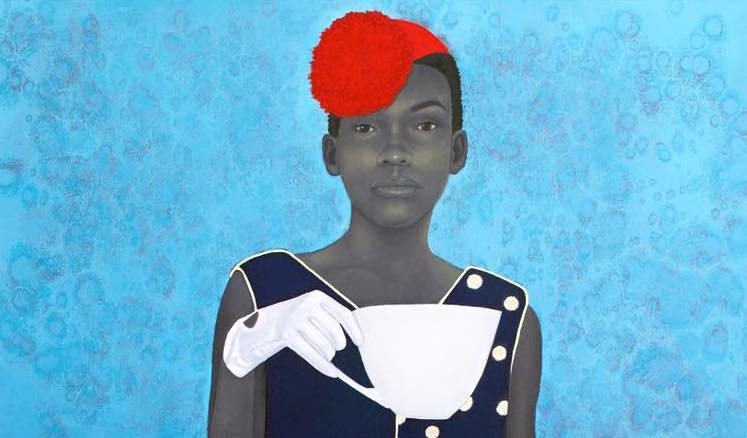 The deep-fat fryers haven’t sizzled for years at the corner of North Avenue and Charles Street, but something is cooking in the building where New York Fried Chicken (and before that, a White Tower restaurant) once operated. The City of Baltimore is leasing the former greasy-spoon storefront to Station North Arts & Entertainment Inc. and the Baltimore Annex Theater. http://www.baltimorebrew.com/2012/11/26/former-fried-chicken-joint-may-soon-serve-macbeth-and-equus/ Blouin Art Info: Report: Teenagers Who Participate in the Arts Are More Likely to Become Depressed by Benjamin Sutton

While researchers frequently tout the benefits of arts education for children and youths of all ages — often providing ammo for campaigns seeking to safeguard funding for arts programs — a new study led by Boston College suggests that teenagers who participate in after-school arts activities like painting, drama, and music are more likely to develop symptoms of depression than their less-artsy peers. The study, BC researchers say, corroborates previous findings that adult artists are more likely to display symptoms of mental illness than non-artists. http://blogs.artinfo.com/artintheair/2012/11/27/report-teenagers-who-participate-in-the-arts-are-more-likely-to-become-depressed/

Washington Post: At the Walters, ‘Revealing the African Presence in Renaissance Europe’ by Philip Kennicott

By the end of a new exhibition at the Walters Art Museum, the viewer is put in a position similar to that of an old-fashioned racist of a century ago: scrutinizing faces and hair for signs of “blackness,” as if the truth of every portrait is lurking in the complexion of its subject, as if all that matters is whether hair kinks or curls, and whether full lips and flat noses are just variations from the European mean, or telltale signs of African heritage. “Revealing the African Presence in Renaissance Europe” will make you a race detective, in a way that is at first unsettling.
http://www.washingtonpost.com/entertainment/museums/at-the-walters-revealing-the-african-presence-in-renaissance-europe/2012/10/24/5f96845e-1a01-11e2-aa6f-3b636fecb829_story.html In 1966, during the Vietnam War, Richard Hunt was on a top-secret mission, flying over the South China Sea. It was a routine mission, until suddenly, the plane runs into mechanical failure, and begins to drop altitude. The pilot signals for everyone to bail out of the plane, to check their parachutes and jump. Hunt and three other men bailed out into the ocean. The Navy later recovered one of the soldiers’ bodies, but the rest were never seen again.

Eastern Shore based artist Benjamin Bellas wasn’t born for another 10 years after that. During his childhood, he was told simply that his uncle had disappeared at sea. It confused him. “I don’t think as a child you understand death, but you don’t you understand someone vanishing as well.” It’s something, he says, he’s been thinking about for a long time. In his new exhibit, losing something you never had at CulturalDC’s Flashpoint Gallery, Bellas digs through maps, slides, and his uncles old uniforms to create a sense both of forensic investigation and loss.
http://wamu.org/programs/metro_connection/12/11/30/artists_exhibit_reflects_on_loss_of_uncle_he_never_knew