Where the Whangdoodle Sings: A Theater Review by Nancy Murray 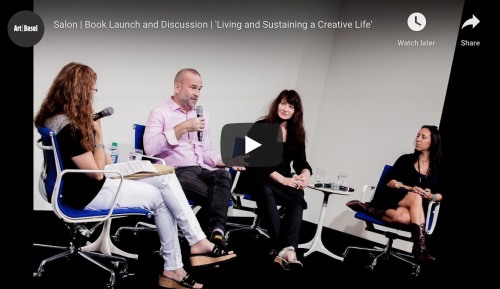 Where the Whangdoodle Sings: A Theater Review by Nancy Murray

On Preston Street in Baltimore City is a little theater with a very big mission. The Theatre Project has connected Baltimore audiences with original experimental theater, music, and dance from visiting groups from around the globe since 1971. Currently, The Generous Company is presenting the first full production of ‘Where the Whangdoodle Sings,’ an original play in two acts by K. Frithjof Peterson.

‘Where the Whangdoodle Sings’ was originally developed in WordBRIDGE Playwrights Laboratory and came to The Theatre Project for its first public reading in 2012. A Whangdoodle is a folktale character that traces back as early as 1856. The early versions tell of a fanciful creature that sings about her anger and pain over the death of her first born. There is mention of the Whangdoodle in the well-known hobo song, “Big Rock Candy Mountain,” recorded by Harry McClintock in 1928, which tells of a hobo’s dream world with colorful language and bawdy themes. As a result, the Whangdoodle is commonly thought of as a hobo bird with a foul mouth and a spirit for adventure.

“Big Rock Candy Mountain” is the song that Peterson’s Whangdoodle, played by William R. McHattie, sings when he first appears on the stage. He is the last living bird of his kind and he wants to protect the truth about the Whangdoodle’s pain and suffering from Bad Henry the Myth Eater, played by Will Carson. Bad Henry wants to rewrite the story to make it into a “cute and sickening animated children’s story” and so the Whangdoodle elicits the uncooperative help of Benj, played by Jon Kevin Lazarus. Benj is a stained glass artist living with the guilt of having tragically injured his brother. Benj secretly fears that he hurt his brother on purpose and he is desperately trying to create an alternative story for himself. The Whangdoodle believes that if he can convince Benj that the worst is true, then Benj will help restore the honest history of the bird.

Meanwhile, on the other end of the spectrum, Voula, played by Ren Marie, clings to a whitewashed memory of her father, to avoid the feelings that his suicide imposed on her. Rather than tell herself the truth, she focuses on happy memories and his beloved baseball team, the Milwaukee Braves. Her euphoric recall is quickly disturbed when Bad Henry comes along and bursts her bubble, as he tries to save the inspirational history of Henry Aaron’s baseball triumph, which, in the wake of Barry Bond’s doping scandal, is being lessened to “an overprinted baseball card, losing value with every passing year.”

The play questions which stories should be allowed to germinate and to grow into mythology and which should be exposed to the light of truth, to maintain their emotional integrity.

The performance opens with the two main characters, Benj and Voula, in a tattoo parlor where Voula has been hired to create his first tattoo. These two are responsible for the emotional heart of the production and, for the most part, are successful. Lazarus is a wholly believable Benj and managed to draw the audience into his predicament, to make us feel for him every step of the way. Marie seemed able to deliver the character of Voula but not always with the depth of emotional understanding required to make us believe her. I was often aware that she was acting and, as Bad Henry implored Voula to drop into her feelings honestly, I found myself wishing the actress would drop more deeply into the feelings of the character. William R. McHattie portrayed the Whangdoodle with comedic timing and convincing sincerity.

The costume designer, Rebecca Eastman, did a fine job creating the half hobo half bird with feathers sprouting from a dusty old vest and extending the legs with stilts to give him larger-than-life status. The lighting and sound designers did just enough to convey the magic of the bird, but could have done more to electrify the moments when he used his mythical powers. The scenic design by Kristen Prescott-Erickson creates three separate, sparse and rustic living spaces that lent nicely to the flow from scene to scene.

Overall, the Whangdoodle experience is a fine example of innovative, fresh new theater. The characters are well drawn, the storyline is compelling and the conceptual expression is fanciful and thought provoking. Where the playwright faltered was in the multiple iterations of the same theme delivered alternately by Bad Henry and the Whangdoodle. It seems that either the playwright didn’t have confidence in his effectiveness in getting the point across or he didn’t believe the audience was clever enough to understand what he was trying to say. The result was an extra half hour that stalled the forward thrust of the story. It did regain its energy though and the ending managed to pull the audience back in and gave us a satisfying closure to an interesting and mostly entertaining tale.

If the play had been condensed by one half hour, and the space had been a few degrees warmer, I would say it was an excellent theater experience for anyone who, like me, loves the process of a play in the later stages of progress. It wasn’t perfectly polished, but it did engage my imagination and cause me to think about the spin I put on my own experiences, and how this can thrust me forward or hold me back.