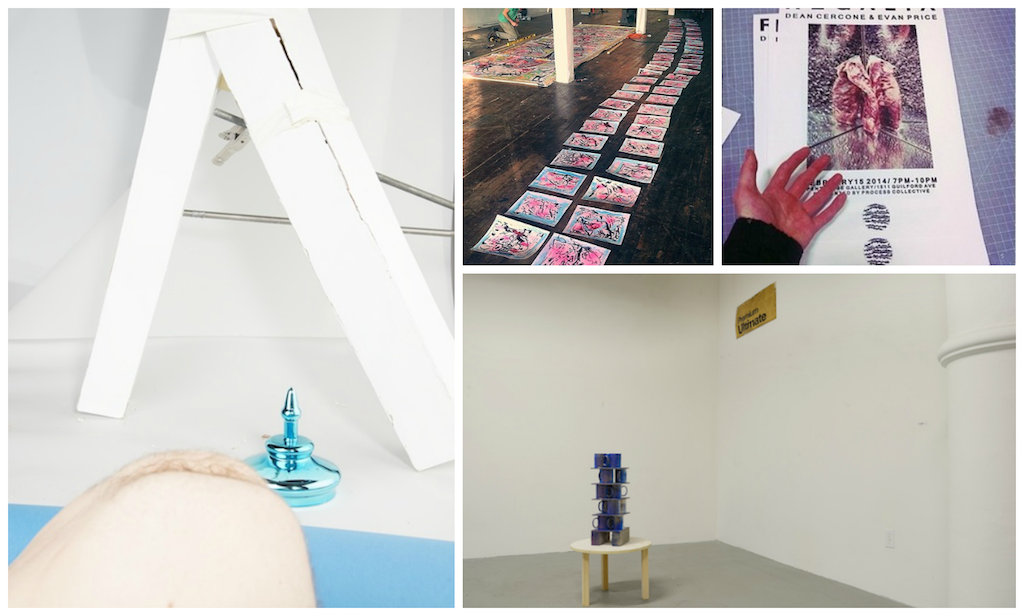 Mega-collector Mera Rubell is not the only recent Baltimore Hotel investor with an eye for local art. Located in downtown Baltimore on East Lombard Street, The Brookshire Suites is a cozy, medium-sized hotel recently redesigned to celebrate local art and culture.

Like many other downtown hotels, The Bookshire’s rooms boast cushy furniture, mini-fridges and large, bay windows with views of Baltimore’s Inner Harbor. However, the hotel’s ninety-seven studio and one-bedroom suites also have an urban, chic design with graffiti-inspired murals and black and white photos of famous Baltimore-born musical artists, like Frank Zappa and Mama Cass. In addition, The Brookshire hired local painter Michael Owen to create an original ‘street art’ mural in the lobby and parking garage.

According to Jason Curtis, the General Manager, “When we purchased Brookshire Suites, we did so with the opportunity to reimagine an old hotel into something that we did not see in Baltimore– a hip, trendy, edgy hotel that appealed to people looking for an experience, not just a place to sleep.” Although Curtis acknowledges that Baltimore has a number of high-end service properties, he sees the Brookshire as an opportunity to create something special and memorable.

While not technically an ‘art hotel,’ the Brookshire’s redesign was completely inspired by Baltimore’s eclectic arts scene and urban environment. Envisioned as an urban playground,  the lobby utilizes a combination of industrial materials like brick, tile, granite and a chain link fence that serves as a backdrop for a large black and white portrait. The lobby also includes The RedBAR, which will feature local brands like Zeke’s Coffee, Heavy Seas Brewery, and Knob Hall Winery. A combination of comfortable furniture and unique lighting complete the space in an effect that is both edgy and oddly welcoming

In addition to the new look of the hotel, Curtis envisions a warm and inviting relationship with Baltimore’s artists and cultural landscape. The hotel plans to offer live music in the lobby, a reception with artist Michael Owen, and other programming like film screenings leading up to the Maryland Film Festival. For guests looking to explore Baltimore’s art and music offerings, hotel employees will be well versed with insider tips for all the best museums and galleries.

“Our vision was to create a lifestyle hotel that is truly reflective of the creative community and edgy, modern feel of Baltimore,” explains Curtis, a ten year Mt. Vernon resident and former Visit Baltimore Board Member. “This was a collaborative effort with the Modus team as well as our design firm, Dawson Design Associates, who were tasked with reimagining the space. The result is a hotel we hope will make Baltimore proud and visitors will see the unique features that make this city such a great destination.” * Author Cara Ober is the Editor in Chief at Bmoreart