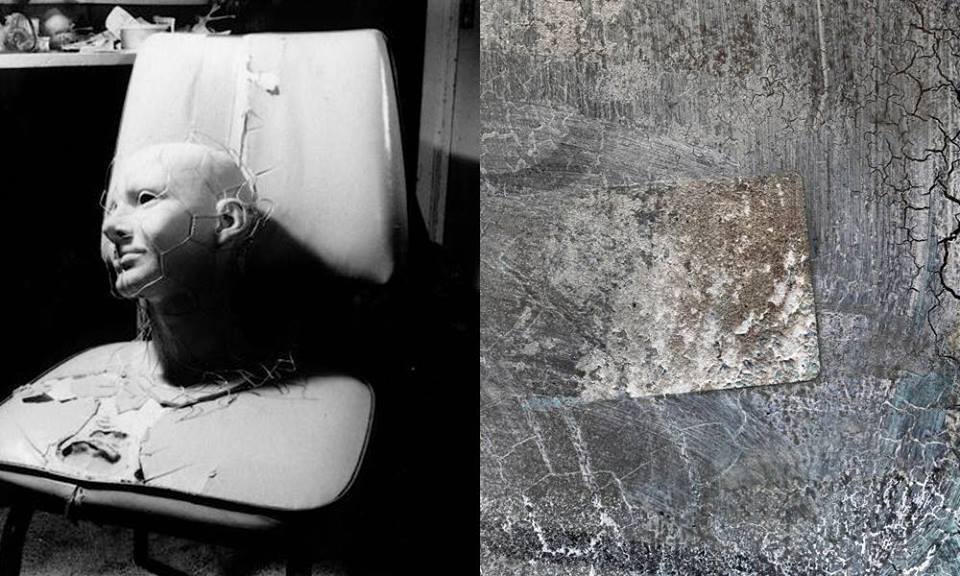 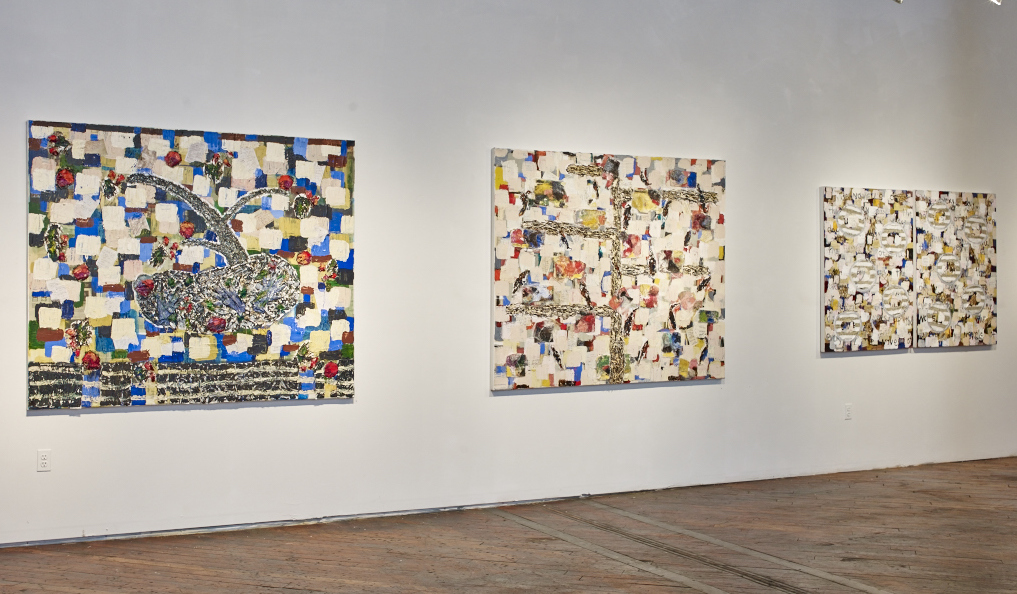 Novels of the Every Day

What if this article turned into a blatant commercial after the first sentence? Perhaps for Adult Swim, the late-night sister station of Cartoon Network, because it really is a sharp-witted bastion of quality entertainment (8pm to 6am on channel 42). Then what if this commercial morphed into an extensive horror story fueled with existential madness, rupturing the walls of human identity to reveal the twisted horrors of our chemical ape brains? This is how the article might go in the hands of Wham City’s prankish auteurs.

Unedited Footage of a Bear, the latest collaboration by Alan Resnick, Ben O’Brien, Robby Rackleff, and Dina Kelberman, is an impressively constructed infomercial parody that aired on Adult Swim’s reliably madcap four am timeslot before taking it’s blood-soaked meta narrative to the Internet. Readers may be familiar with Resnick et. al. from the Wham City Comedy Tour, where they inject sketch comedy and stand-up routines with a dash of avant garde lunacy. Resnick adopted a routine from his Wham City performances into a previous informercial for Adult Swim: 2013’s post-human crash course Live Forever as You are Now with Alan Resnick. Adult Swim has produced a plethora of satirical and darkly humorous infomercials, including the recent Too Many Cooks, which collided television genres ad nauseum in an endless opening title sequence that gained Internet fame.

Written by Resnick, Kelberman, and Rackleff, Unedited Footage of a Bear begins with an unremarkable shot of the titular animal, while barely-audible whispers soundtrack the DIY nature documentary. The video’s Youtube description explains that “this is unedited raw footage of a bear I filmed with my cell phone. I’m not sure what kind of bear this is.” While I suspect the answer is Grizzly, the video fades out after only thirty seconds and cuts to a Mom sneezing at a playground while her children cavort in the background. The rest of the ten minute video plays as an extended infomercial for Claridryl—a fictitious and ambiguous medication that “target’s where you’re most vulnerable” according to a voiceover, announcing that it “acts immediately, lasts indefinitely.”

It’s worth noting here that watching the video on Youtube (for those of us not glued to Adult Swim at four in the morning) adds another layer to Bear’s satire. As the playground scene begins, an overlay in the bottom-right counts down, letting us know that “You can skip this ad in 5… 4… 3…” with a thumbnail of the initial bear, persuading me, at least, that the Claridryl ad is simply a nuisance that will soon pass and return me to some assuredly hilarious programming.

Unfortunately, clicking the ‘Skip Ad’ button launches a new website that I closed and reopened several time before realizing that the button was simply a link to a new web page, and that it was all part of a multimedia ambush crafted by the filmmakers. As the Claridryl commercial continues, the ‘Skip Ad’ button eventually fades away as the children’s overly incessant yelling gently confirms that this is not a regular informercial, so just sit back and watch. Forget about the bear. The next minute of the video sticks closely to the cheesy beats of a true infomercial, complete with a monotone voice-over listing side effects and cheerful testimony from the Mom as she address the camera. She then drives out of frame in a minivan, suggesting a possible end to the commercial — but no, the cheerful piano music refuses to die and the video follows the van through desolate suburbs, as the Mom takes another dose of Claridryl and the music finally fades to an awkward silence.

After these slightly off-kilter details, the van eventually passes a group of police and medics gathered outside one of the suburban homes, definitively making clear that this is not your standard infomercial. The cinematography and overall production switch into high gear as the restrained direction by Resnick and O’Brien steers the video into more cinematic territory. Over the course of three minutes, the aspect ratio gradually changes from the classic 4:3 of television to a widescreen format, a great detail that you may not even notice while watching.

I recommend watching the video before reading on, but spoilers must be had for a proper dissection of the events that follow. After the unmistakable foreshadowing of the crime scene, the Mom comes face to face with her own Doppelganger who attempts to kill her and apparently steal her identity. The women are played by real life twins, Jacqueline and Kerry Donelli, who ground the absurdity of the video’s second half in convincing rage and panic.

The reveal of the Mom duplicate is appropriately melodramatic. After stopping her minivan to inspect what appears to be her own sweater lying in the street, she stares down the rows of cookie-cutter houses, as the camera zooms in on a distant figure. It’s here that the score by Dan Deacon and Drew Swinburne really shines. Gone are the head-bobbing piano rolls of the infomercial, replaced by electric drones and the burbling of dissonant horns. When the duplicate is finally revealed at the end of a ludicrous camera zoom, she is poised in a stiff action stance that combined with the pounding drums suggests the start of a fight scene perhaps inspired by Kung-Fu films or their stylized descendant works by Quentin Tarantino. The doors are kicked wide open and anything could happen.

After that head-twisting confrontation, the following chase scene and its repercussions don’t live up to the possibilities raised by the duplicate’s reveal. The realistic and gruesome fight scene that follows should make some viewers wince and realize that the film has more to offer than joky satire, but its second half feels a bit uneven as the raucous “Sermon” by Ed Schrader’s Music Beat soundtracks a montage of increasingly confounding scenes.

As the grievously wounded Mom drags herself home in pursuit of her duplicate, her grim trek down the sidewalk is intercut with scenes of the crazed and bedraggled duplicate already running amok with the kids. She paces frantically in a shed, defaces framed photos with a marker, and ambushes the children from beneath a pile of gift-wrapped presents. Some of these scenes are more over-the-top than others, but their zaniness feels more like the weightless antics of a music video (say, Dan Deacon’s recent ‘Feel the Lightning’) than an intentional plunge into psychosis.

The possibility arises that the Mom was not replaced by an evil duplicate, but has simply lost her grip on reality in an over-medicated rampage. The ultimate narrative is left up in the air, which definitely rewards a second viewing; the crime scene, for example, holds more substantial details than cameos by Deacon and other Baltimore artists. In the sub-genre of medical informercial parody, Bear stands apart from the satirical commercials of Saturday Night Live and their like by increasing the stakes with cinematic horror and irrational glee.

Bear cannot escape comparison to Adult Swim’s Too Many Cooks, described inaccurately on many sites as the “follow-up” or “sequel” to the later. The first minutes of Bear certainly call to mind its predecessor’s refusal to end what should be a short segment, but Bear never tries for the rapid fire jokes of Too Many Cooks. Instead, it subverts its stated genre with realistic violence and a narrative that is not simply nonsensical but genuinely perplexing. The lack of an obvious punchline might keep the film from reaching the mass appeal of Too Many Cooks, but it might also make it more interesting a few years down the road.

Throughout the film’s ten minute runtime, the fine print captions that adorn real-life pharmaceutical commercials continue to periodically appear at the bottom of the screen. Like the film, those captions never push too far into comedy, but instead mirror the disintegration of the Mom’s mental state: “Claridryl is meant to help relieve the frequency and severity of symptoms caused by the intake of Claridryl in cases lasting more than one week,” or my favorite, “See our ads in Tables and Chairs magazine.” This dedication to form is also seen in the Claridryl website, linked to by that irritating Youtube button that popped up at the beginning of the video. Hosted on Adult Swim’s servers, the site is an otherwise perfect replica of the real thing that slowly falls apart as you watch helplessly (like the video itself). Graphic menu items offer more information below the banner image, but clicking them only sends the buttons flying off the screen, leaving an unsatisfying void in their place. The website is a joy to explore, full of comic typos and text that grows blurry and indistinct as you read it. It’s an impressive bit of design and coding that expands the film’s premise outside the traditional limits of the screen. As the cheery piano music from the film loops on and on, an image of the Claridryl bottle slowly grows larger, until it takes over the entire screen and the effects of this drug start to make their way into your own mind.

Author Benjamin Andrew is an artist and writer currently based in Baltimore. Working with performance, video, and installation (among countless other media) his projects use fictional narratives to create participatory adventures in everyday settings.