Sho’dekeh: Master of the Hoodie 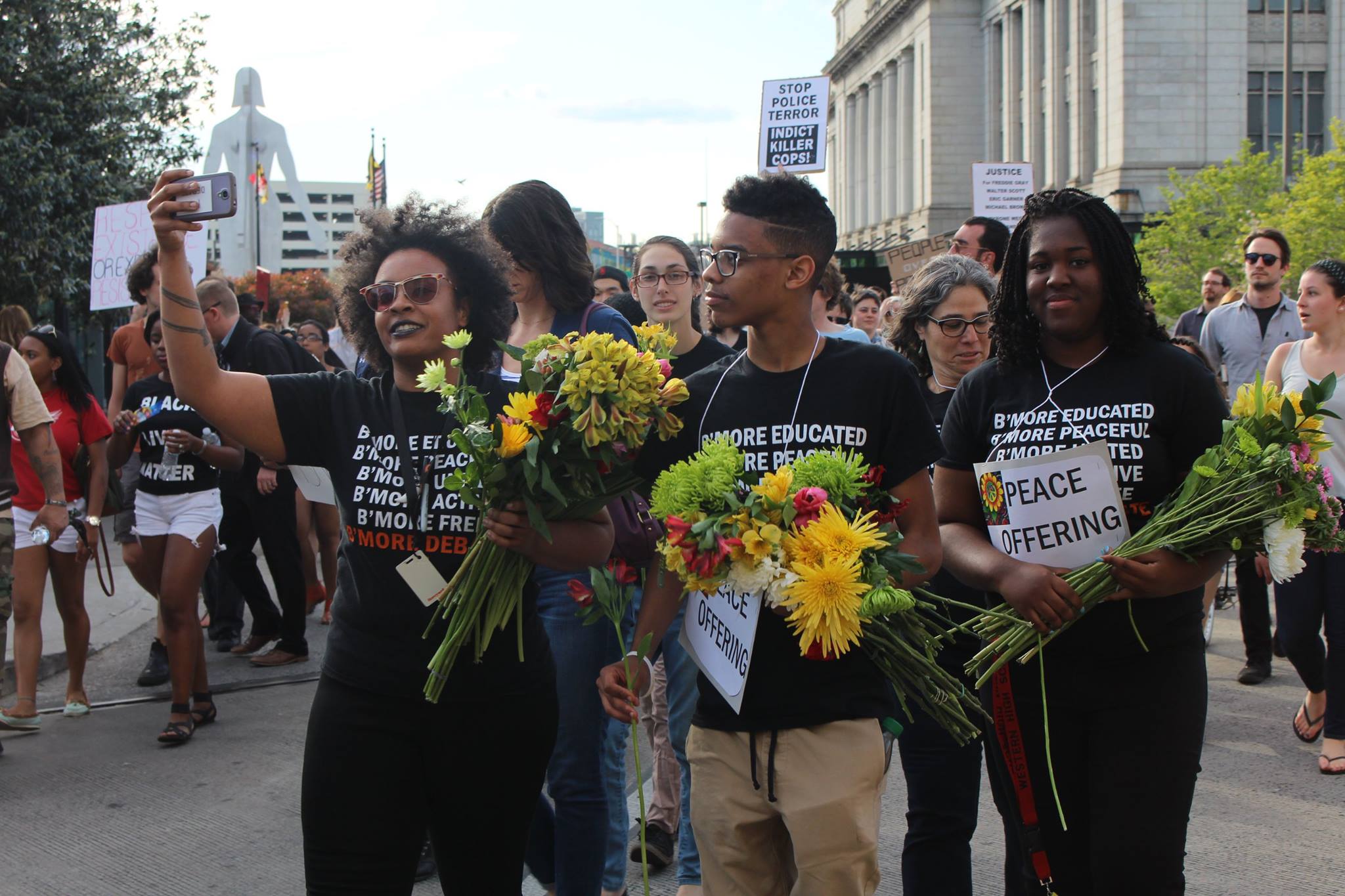 Photos from Baltimore’s Student Protest by [...] 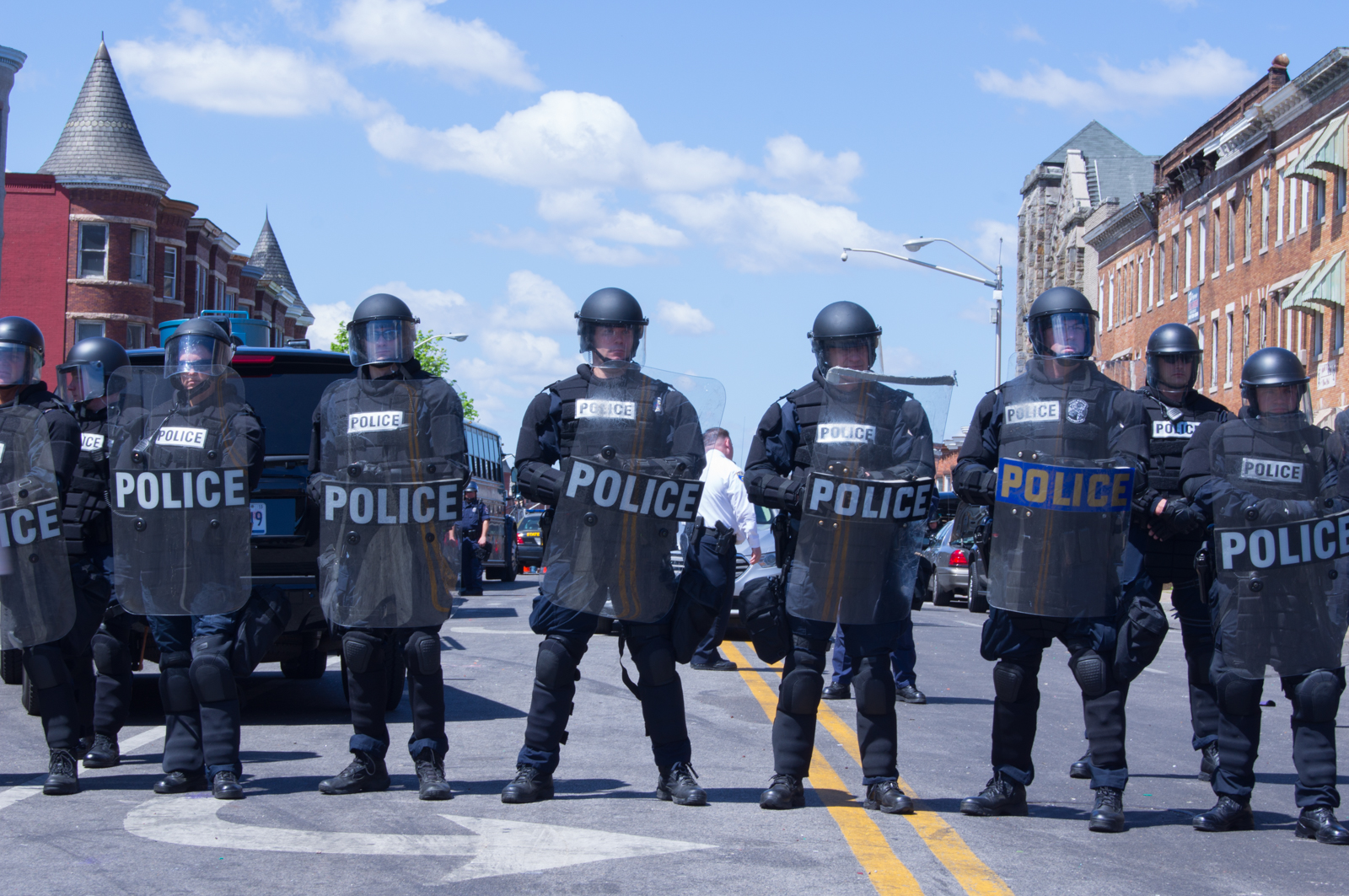 Structures of Exclusion by Will Holman

His remarkable talent for imitating his sound environment has won him the nickname “The Human Beatbox.” A particular fondness for fleece sweatshirts has inspired jazz pianist Lafayette Gilcrist to refer to him as “Master of the Hoodie.” Most call him Sho’dekeh, but few know his real first name. When I ask him, he smiles and whispers, “It’s top secret.”

When I first greet Sho’dekeh Talifero in the lobby of The Creative Alliance, he meets my handshake with a hug. During our interview, he candidly shares details about his love life and eats off of my plate as though we are old friends. On the surface, he wears his heart on his sleeve. And yet, he is paradoxically as private as he is open, serious as he is full of jest, and as scientifically oriented as he is creative.

Sho’dekeh may argue that the latter is not paradoxical at all. He strongly believes in the connection between the left and right brain, and uses music as a way to branch out to a variety of other disciplines. Recently he returned from Salzburg, Austria where he attended a conference on the neuroscience of art. The more he travels, the more he finds himself invested in the study of different languages—the way that other cultures use vocal mimicry, and create original sound with no frame of reference.

Sho’dekeh is an individual who gets swept up by his interests, letting whatever has enraptured him pervade all channels of his thinking. When we first met last summer, he was conducting an experiment where he gave his patronage exclusively to black-owned businesses within Baltimore. But when we went to a Mexican joint for lunch, I realized that this endeavor had taken the backseat to a new fixation: the Tuvan throat-singing ensemble Alash. Their vocals sound like an inhuman mix of a bagpipe and a didgeridoo—he spoke about their upcoming performance at The Creative Alliance as though The Beatles were coming to town.

Alash’s appeal to Sho’dekeh runs deeper than musical appreciation. With only approximately two thousand speakers of the Tuvan language left, the group is on a mission to not only share the complexity of their culture, but also to preserve their language and shed as much light on the country of Tuva as possible.

“I feel at home with the struggle,” Sho’dekeh tells me. “Because hip-hop was born out of necessity, as was jazz.” In all honesty, I had never heard of this small, central Asian country before this interview. Perhaps I never would have if not for Sho’dekeh’s deep sentiments of solidarity towards this culture that he finds to be simultaneously similar to, and breathtakingly distinct from his own. The likenesses between languages and cultures that are completely removed from one another other can be highlighted by similar musical trends- Sho’dekeh gives me an example by imitating Tuvan music intended to emulate the sound of a galloping horse, and comparing it to a Baltimore club music beat.

Although Sho’dekeh is not a Baltimore native, he might as well be. He grew up in Prince George’s county, and always saw the city as his backyard. “Baltimore is a breeding ground for some awesome experiences,” he says, while taking a large bite of a tamale. And indeed, the city has helped him birth some fantastic projects.

When he is not playing music for the dance department at Towson University or performing with the Baltimore Boom Bap Society, he is leading a vocal workshop called Embody. The combination performance lab and master class series aims to illuminate the connections between voice, thought, and movement. Sho’dekeh’s very essence and mannerisms serve as testament to these connections—he moves with an animated vigor, using his entire body to add emphasis to each word. His mind moves at a million miles per minute, and he gestures in such a way that even the most tangential, abstract thoughts seem to make perfect sense.

While the classes happen monthly, the performance labs happen only once every season—the spring session was scheduled for April 29th at The Windup Space. This infrequency makes the labs all the more special, while reflecting the strain that plagues Baltimore artists. “I am a one person operation,” Sho’dekeh told me. “If I were to do it more frequently, it would be too much work. Professional musicians and artists are spread thin already as it is.”

The series has allowed Sho’dekeh to return as an artist in residence at The Creative Alliance—eight years ago, he was their first musician artist in residence. Now, his relationship to the space has changed, as his relationship with the financial director of The Creative Alliance has blossomed. This is one of the first things that Sho’dekeh tells me, and as we continue to talk, I notice how much she and other women come up in conversations related to his art. “I’ve dated a few women in the admin world of the arts,” he admits. “I’m definitely very attracted to strong women, and I’ve definitely dated my fair share of them.”

Sho’dekeh’s reputation as a Romeo does not define his craft—it merely demonstrates how his passionate nature dictates all aspects of his life. Women certainly inspire him, he says, but the creativity they evoke transcends notions of the romantic.

“Some people tell me that I think like a woman, and that I possess the energy of a woman. I think that I was a woman in a previous life.” Perhaps it is this mix of femininity and masculinity, reservation and candor, stubbornness and passion that gives Sho’dekeh his elusive magic.
Alash Ensemble– May 1st @ The Creative Alliance – new time 7 pm

Author Julianne Wilson is a writer, filmmaker, and beach bum from Rowayton, CT.