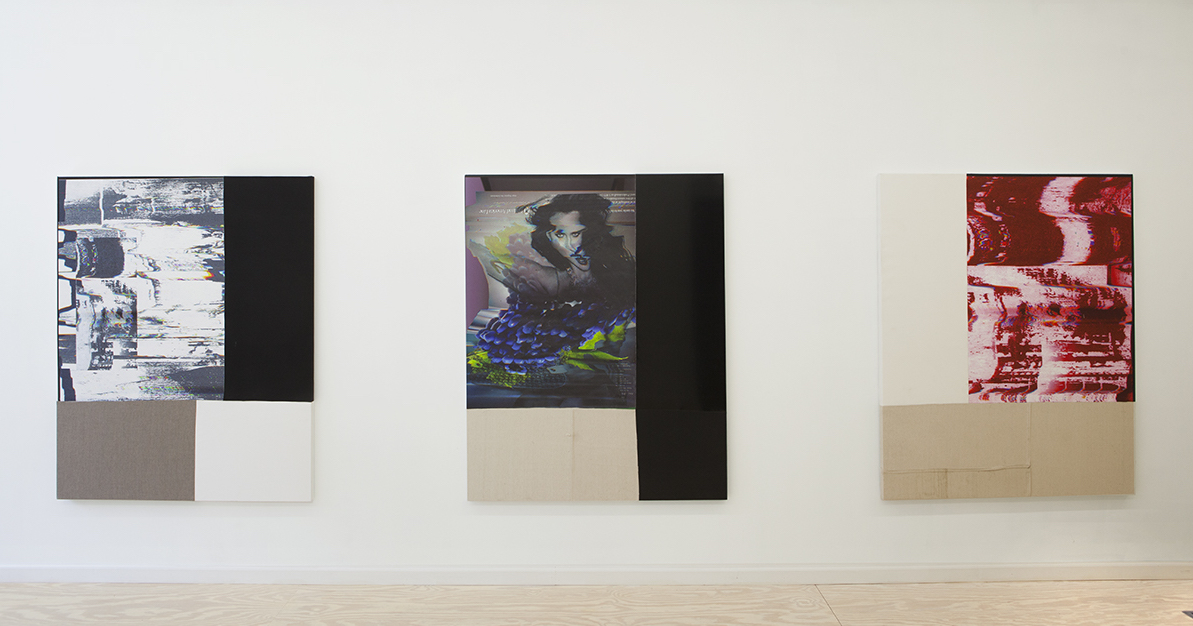 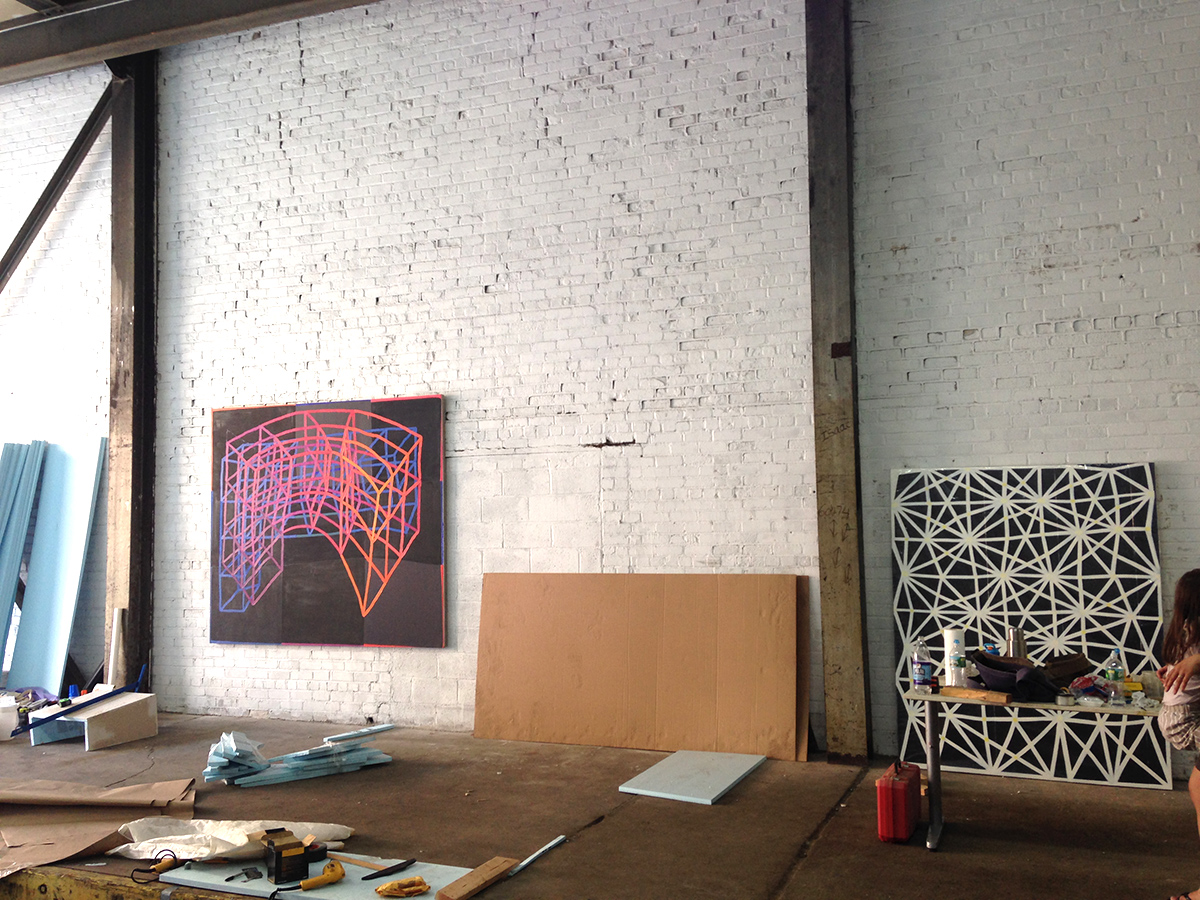 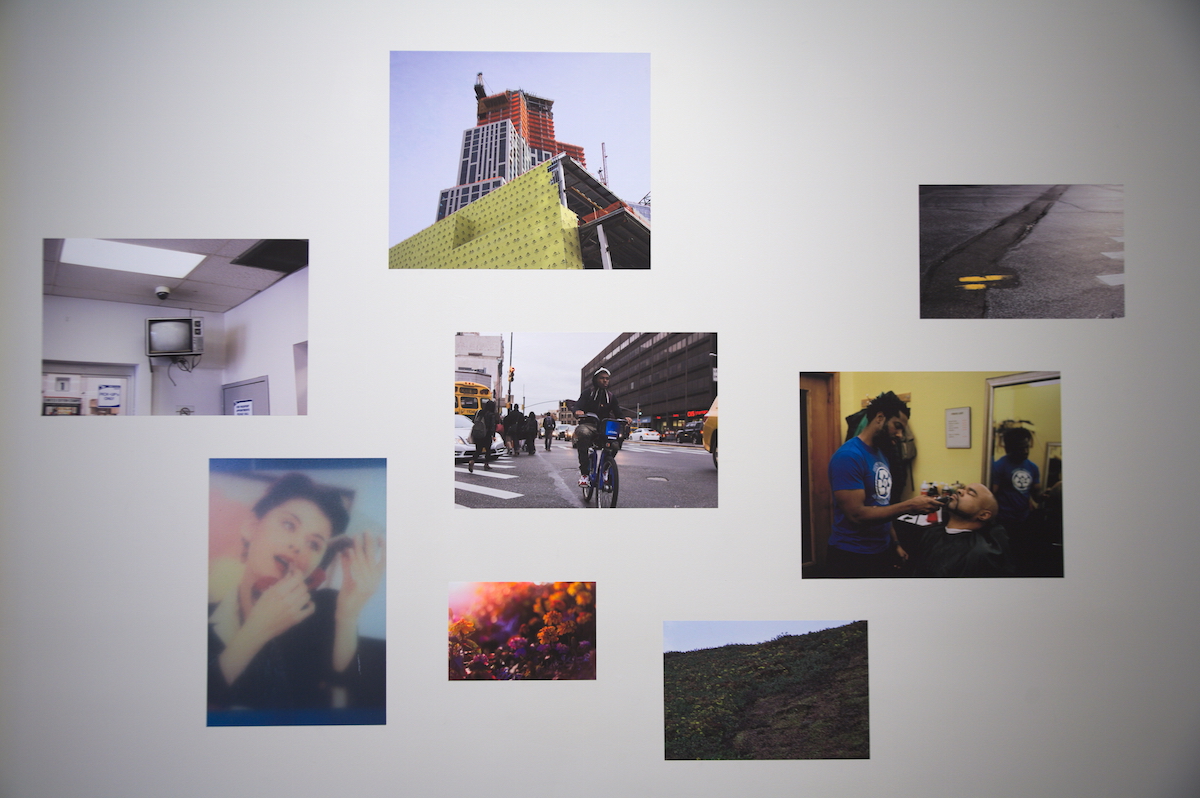 Downtown Brooklyn is in flux. As the busy commercial area rapidly changes, it presents a fertile ground for area photographers to document the constant activity and hone their eyes on urban details.

Four years ago, Jason John Würm, a long-time resident of Fort Greene, Brooklyn, began photographing his daily commute through the downtown Brooklyn area. After two years of documenting construction, residents, commerce, and everyday interactions, Würm invited three other photographers – Matthew Schenning, Carl Gunhouse and Maureen Drennan – to participate in the process with him.

All four members of the newly minted photo collective live in Brooklyn, a few miles from Würm and Downtown. As such, they decided to limit their collective image making to a half mile around the Fulton Mall, a central shopping district in the process of rapid gentrification. Each photographer was encouraged to shoot whatever images caught their eye on their daily commute, and to self edit and share their images on the collective blog, An Ongoing Photographic Survey of Downtown Brooklyn.

The results of this online collaboration are on display through July 11 at Guest Spot at The Reinstitute in Baltimore. What first catches your eye is an innovative method of delivery which reinforces the online nature of the project. Each of the four photographers presents just one, small framed image within a floating cloud of photographs affixed directly onto the walls. Printed as hi-res stickers, the photos form a swarm of similar sized visions that neatly coalesce into a multi-faceted depiction of place.

The photos are seamlessly mounted to the wall and their surface, somewhere between matte and glossy, appears to be digitally printed on the wall or somehow embedded in it. As a whole, the exhibit functions like a static tumblr page where a viewer can stand back for the collective overview or zoom in close for high-res details which do not disappoint by dissolving into pixels. The richness of each image, coupled with the immediacy of its sticker reality, comes together to create a stunning and sharp method of delivery. When the group exhibits again, the photos can be printed at various sizes and rearranged to be responsive to each site, although I would assume the selection of images would be different, too, as the project is ongoing.

More affordable than traditional framing methods, this stick-on approach is an effective way to present a photographic image, even if it can only be attached once before losing its adhesiveness. Würm, who works for a photographic printer, assured me that it is an archival process, as much as an unframed photo can be. The effect it creates falls somewhere between wallpaper and professional wall vinyl, without compromising photographic detail. Most importantly in this case, the method of displaying the work reinforces the concept of this project – a democratic, online collaboration between colleagues. Since 2012, the collective has generated a catalogue of over 1500 images on its tumblr page, which, as the primary method of delivery, is always going to be more successful than a physical presentation of a survey of images in a gallery. Surfing through this site, there’s an undeniable richness in these images that comes from cultivating a long-term relationship between photographer and place; a casual, almost passive, eye receptive to all types of stimuli rather than a photographer attempting to capture an image. There’s a palpable energy in the pacing and progression of images on the site that comes from the healthy competition of artists working together. In addition, the gradual passage of time a viewer experiences as they scroll back is fascinating as the same places and images resurface in different phases of construction.

A blog is arguably the most inexpensive way to share images with the world and develop an audience for ideas, but the internet is a graveyard of abandoned and underused sites begun with great aspirations. What makes An Ongoing Photographic Survey of Downtown Brooklyn so successful is the collective energy and cross pollination that occurs from the four photographers working together. On one hand, a group effort creates more opportunities for momentum and audience laterally, but there’s a sense that, even more, the whole is greater than the sum of its parts.

According to Würm, every time one of his co-collaborators posts a batch of images, it makes him want to shoot more – and soon. Not only does it widen his aesthetic awareness of the possibilities within a common physical ground, it sharpens his perception each time he shoots. By constraining their subject matter to a few city blocks, each is forced to look and engage more deeply with the place. In many ways, Downtown Brooklyn is more a muse or flashpoint for the group, rather than a specific subject to be examined photo-journalistically. Since the location is constantly changing, this archive is an opportunity for a deeper awareness of urban renewal and for an appreciation of the rich layers of urban structures.

More than just an interesting exhibit, Work In Progress on In Progress Work at Guest Spot presents a democratic model of collaboration, documentation, and engagement with medium and place. This unified method of generating motivation and meaning via an urban landscape in flux should be read as a call to action for Baltimore area artists and photographers to create their own online archives and collectives. Work in Progress on in Progress Work, A Photographic Survey of Downtown Brooklyn
May 30, 2015 through July 11, 2015
Hours: Saturdays 1-4pm & Wednesday 5-7pm or by appointment