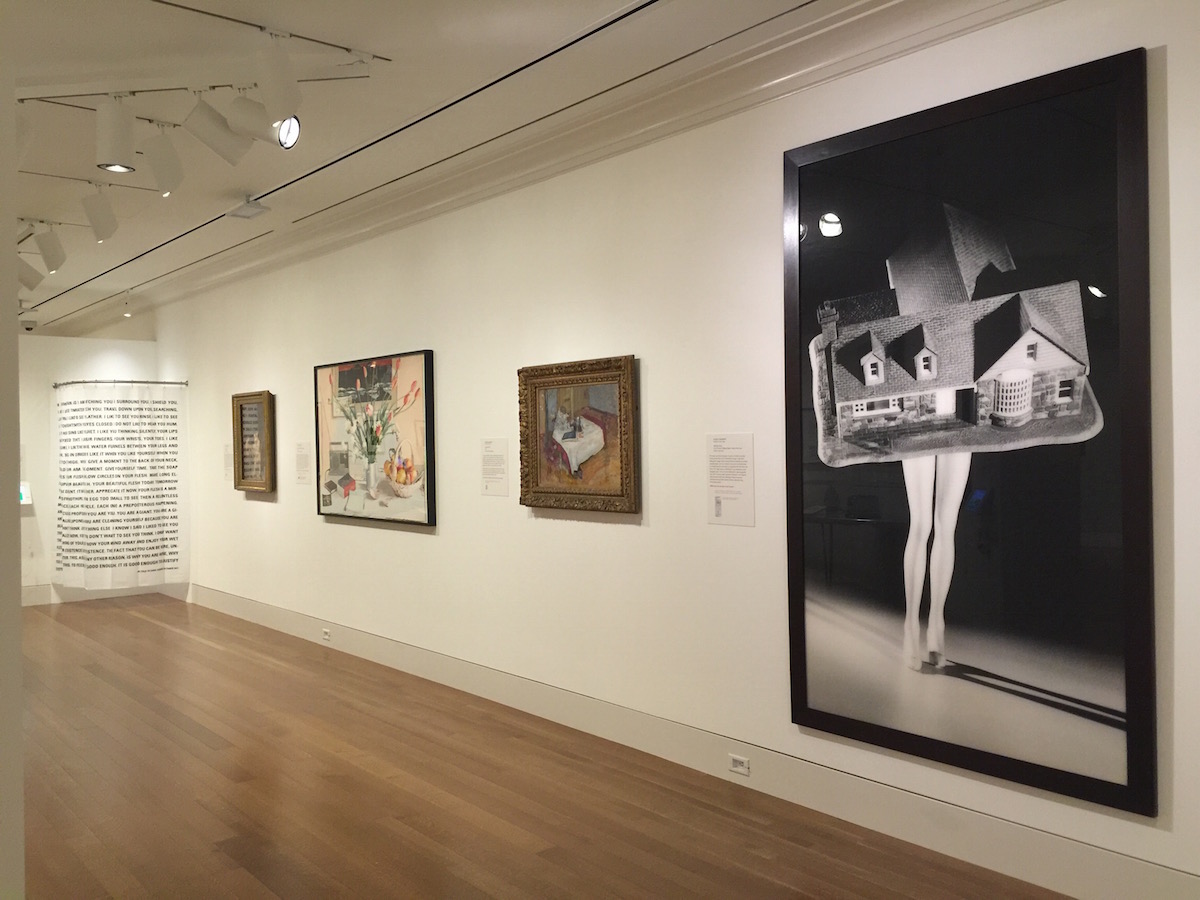 Meet the Artists: November 22 at 5 pm

A mix of drawing, digital media and installation, Inside / Outside combines the prints and sculptures of Oletha DeVane and Christopher Kojzar. This mother / son collaboration reflects on the balance between home, family, and meditations on the external and internal world. DeVane’s work combines mythic narratives and uses natural elements, beads, paint, and glass to form mosaic columns and trees. Her prints use a variety of imagery that refers to the sacred, and recurrent themes of black history and culture. Kojzar’s new work combines large-scale drawings, weavings, and room-sized installations with video and digital prints that feature members of the community.

OLETHA DeVANE is an accomplished multi-media artist whose paintings, prints, sculptures and video explore diverse cultural interpretations of universal myths, political and religious influence on culture. Her recent travels to South Africa, South America, Italy, Czech Republic, Israel, United Arab Emirate and Thailand have been a source inspiration and many of the images will appear in the exhibition. Her current body of work uses materials meant to convey a narrative. For instance, after receiving a Haitian “spirit bottle” from a friend, DeVane distilled and re-interpreted the bottles into a unique body of sculptural works using found objects, beads, glass and fabrics to create textually vivid, and powerful pieces that suggest connections to the spirit. Many of these works were exhibited consecutively at The Art Museum of the Americas in D.C., The Museum of the Bible in New York and the Dixon Gallery in Tennessee in the exhibitions “Corridor” 2011 and “Ashe to Amen” at the Reginald Lewis Museum in 2013. Born in Baltimore, Maryland, Oletha DeVane received her B.F.A. from the Maryland Institute College of Art and M.F.A. in painting from the University of Massachusetts in Amherst. Her first major exhibition was at the Springfield Museum of Art in Massachusetts in 1976. Since then, her work has been featured in numerous solo and group exhibitions in Maryland and along the East Coast. She has been involved in the Baltimore arts community as an exhibiting artist, curator and educator in the arts. She has served on the board of Maryland Art Place, School 33 visual arts panels and as vice-chairperson of Wide Angle Community Media, a non-profit youth media organization in Baltimore. She was the Program Director for the Maryland State Arts Council’s Individual Artist (1979-92) and Visual Arts programs (1990-92).

CHRISTOPHER KOJZAR received his B.A. in International Affairs and Economics from George Washington University in 2005 and studied fine arts in the Maryland Institute College of Arts Continuing Studies program from 2007-2009. He works in film and television and is currently working on the crew of Bravo, as well as on the production design of hit shows such as VEEP and House of Cards. His visual medium includes drawing, digital media, film, and performance. Using stop animation techniques, he creates visual narratives on glass. Christopher is the recipient of a scholarship from the Haystack Mountain School of Crafts in Deer Isle, Maine, and a recipient of the Lucy Morgan Scholarship at the Penland School of Arts and Crafts in Penland, North Carolina. His work has been exhibited in France, North Carolina, Washington, D.C., and Maryland. Kojzar has been a resident at the Creative Alliance in Studio 2 since 2013. Inside/Outside will be his first major presenting opportunity. Kojzar begins graduate studies in the Master of Fine Arts program at the University of Maryland, Baltimore County this fall, 2015.