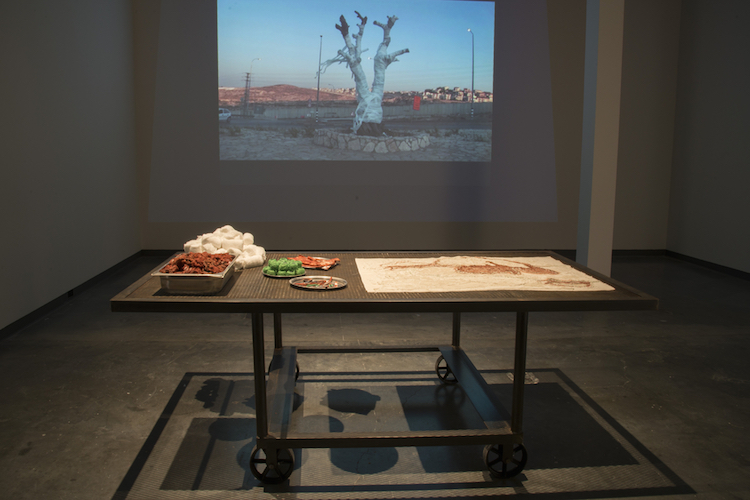 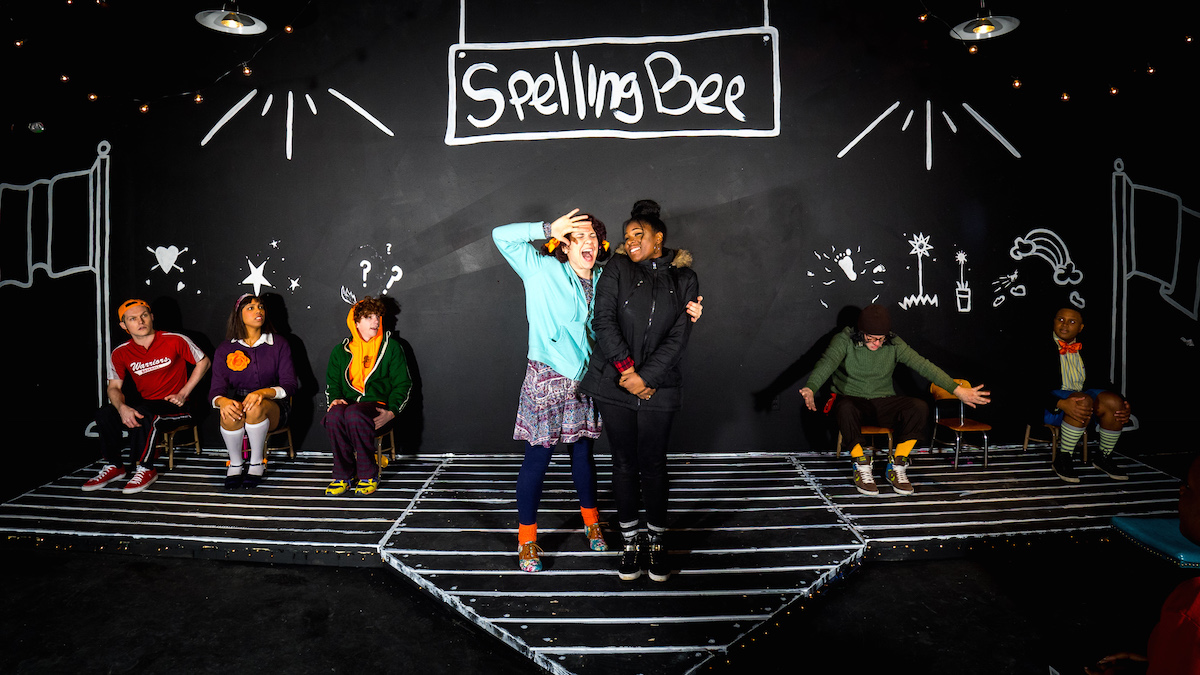 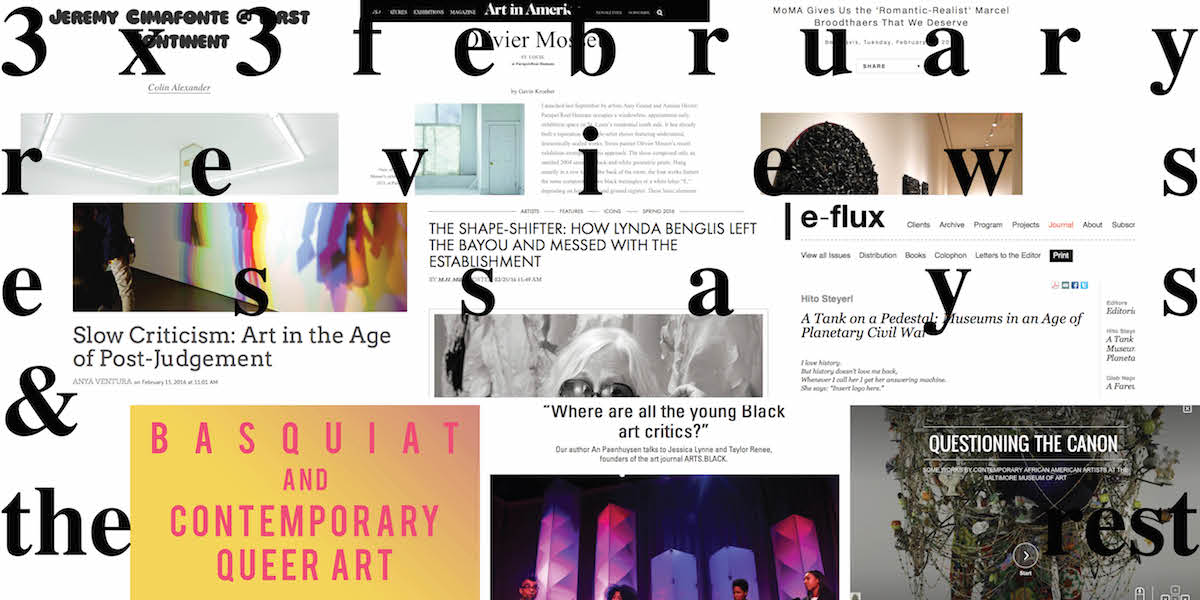 Writer Joseph Shaikewitz rounds up his favorite pieces of art writing and online content from the February, 2016 Out of Jeremy Cimafonte’s solo-exhibition at the freshly opened Franklin Street gallery First Continent comes an equally ambitious review from Colin Alexander. Navigating a complex argument of technocracy and humanity in relationship to the condition of the print industry, Alexander’s reflections on the show exemplify the need for a mode of criticism that generates original thoughts rather than merely regurgitating those of the artist.

“The cover of nihilism that shrouds this work is similar to an attitude of apathetic critique that is easily recognizable these days, one that seems to stem from a feeling of disillusioned disempowerment. Because of that, any simple satisfaction from this display mimics the feeling of opening a new, untouched product: sweet but short-lived.”

Oftentimes, regional art criticism outside of central artistic hubs is the product of insiders—local writers so steeped in a city’s politics to the point that social perspectives begin to bleed together. Gavin Kroeber’s review of a quaint Olivier Mosset exhibition at a house gallery in St. Louis (full disclosure: my old stomping grounds/hometown) provides an outsider’s take on the local cultural landscape, one that skillfully analogizes the gallery’s discrete reductivism with Mosset’s authorial upheaval.

“In a city predominantly marginalized in the art world, Parapet/Real Humans quietly invites its small, invested audience to briefly enter into a node of exchange in a dispersed but tight-knit global network of colleagues. […] These are fitting conditions for Mosset’s work, which often emerges from engagements with friends and collaborators.”

This month MoMA opened a landmark retrospective of one of Belgium’s foremost conceptual artists, Marcel Broodthaers; critical writing tackling the exhibition, on the other hand, has been disappointingly lackluster. Fortunately, Ben Davis provides a comprehensive and profound review of this wondrously complex show and doesn’t shy away from offering his own impressions and tackling prevailing art historical rhetoric.

“Though he adopted and mastered the game of contemporary art, Broodthaers was cynical about it. In fact, he retained a very 19th-century, slightly out-of-time vision of artistic capacity. He loved the prophetic language games of Stéphane Mallarmé […] and the incantatory intensity of Charles Baudelaire. Yet his personal experience as a poet told him that visionary lyricism did not have much of a purchase on the present.” Anya Ventura’s piece has stuck with me throughout the month. In it, she calls for a form of criticism that takes full advantage of its ability to exist outside of the hurried rhythms of capitalist time and labor. Today’s critic must realize his or her position as a slowed and patient observer and counter the rapid consumption of culture that has largely attenuated criticality. If such were in fact the case, I think (and as Ventura advocates) we’d see the rise of a much more engaged climate of fruitful and discursive writing.

“What the critic has to give is the fruits of looking laggardly, an attention that appears in increasingly lesser quantities today, a long and sustained commitment to coaxing meaning from mute objects. Though we ‘pay’ attention, our attention need not be regulated by the industrial logic of clock time. What the critic has to offer is her own subjectivity, her own careful, glacial experience of a work of art, especially ones that do not immediately break open to the spectator’s gaze.”

M.H. Miller, “The Shape-Shifter: How Lynda Benglis Left the Bayou and Messed with the Establishment,” ARTnews.

This profile on groundbreaking artist Lynda Benglis comes to us as part of a larger ARTnews series from this month’s Icons Issue, which features revolutionary figures with practices spanning more than half a century each. M.H. Miller offers a sweeping look with anecdotal examples to illustrate an artist whose seminal works of poured latex pigment across gallery floors deconstructed conventions of medium, form, and (importantly) patriarchy at a time when the art world needed it most.

“Benglis always hated canvas (‘Canvas had too much of a history,’ she said), so after she moved into her first studio, she found new ways of applying material, experimenting first with wax and pigment on Masonite panels. […] As Diana Al-Hadid, who was born some 40 years after Benglis, said: so much of the system is still ‘set up to prevent girls from being messy and spreading out.’”

Hito Steyerl, “A Tank on a Pedestal: Museums in an Age of Planetary Civil War,” e-flux.

Yes, writer and filmmaker Hito Steyerl’s writing can border on pedantic and may not always be for the faint of heart, but this essay offers a rewarding inquiry into the instability of history in the midst of our current, global political volatility. Steyerl employs a number of blockbuster filmic references (“So let’s turn to Tom Cruise and Emily Blunt instead, which is more helpful,” to quote the author) to demonstrate the impossibility of stasis (the mainstay of museums) when the future itself is rendered so uncertain.

“Stasis is the curving back of time into itself, in the context of permanent war and privatization. The museum leaks the past into the present, and history becomes severely corrupted and limited.” On the first of February, philosopher David Clinton Wills moderated a spot-on panel on the life and legacy of Jean-Michel Basquiat. The discussion is exceptional not only its depth of reading of the artist as a figure who at once crosses and exists outside of multiple categories, but also in its ability to alternate seamlessly between art history and autobiography—that is, how Basquiat went on to influence and inspire a newer generation of artists, activists, cultural thinkers, and art historians (I mean, check out the killer lineup). The entire conversation can be viewed online at the 23:45 mark, following an introduction on the Schomburg Center for Research in Black Culture.

“When I think of Basquiat in terms of queerness, I think of it outside of sexual identity; I think of it in terms of troubling the boundaries of normativity, troubling the parameters of tradition and history. When I think about Basquiat […] it’s about ambivalence: getting away from and avoiding binaries. It’s not black or white, expressionism or conceptual art, but it’s both, and. His creation of identity and blackness [was] always changing, always evolving.”

An Paenhuysen, Jessica Lynne, and Taylor Renee, “’Where are all the young Black art critics?,’” Contemporary And.

As a white male art critic myself, I’ll admit that I get restless when I see a demographic of prominent and practicing critics that match my own makeup. Our world view is so pronounced, so systemically upheld, that it needs to make room for additional perspectives and a greater range of voices. Jessica Lynne and Taylor Renee, co-founders of the art blog ARTS.BLACK, provide a stirring case for increased diversity in the midst of a historical moment that begs for increased visibility and access.

“It’s evident that we are on the verge of a tipping point economically, socially, and politically, in the United States specifically. When there is this much inequality and an unlimited number of ways to document and disseminate experiences of unrest, society will reflect that. I think criticism affirms this reflection and permits a dialogic and democratized way to narrate these related histories.”

Gamynne Guillotte with Kristen Hileman and Ann Shafer, “Questioning the Canon,” The Baltimore Museum of Art.

This month the BMA released a pseudo-exhibition of work from Black artists in its collection on an online format. Although this online gesture doesn’t directly combat larger museological issues, it does the service of highlighting a number of masterworks from artists including Mickalene Thomas, Alison Saar, Kerry James Marshall, and David Hammons. Now if only we could get our eyes on more of these pieces in the actual galleries themselves…

“The canon represents ideals of beauty and knowledge, but it also reflects a bias in favor of art created by those who have occupied the most socially, politically, and economically powerful positions in culture. […] To speak back to the canon is to interrogate historical biases and claim space for a greater range of expressions of identity.”