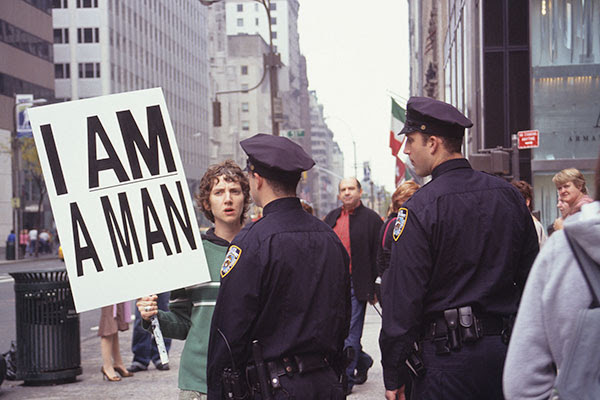 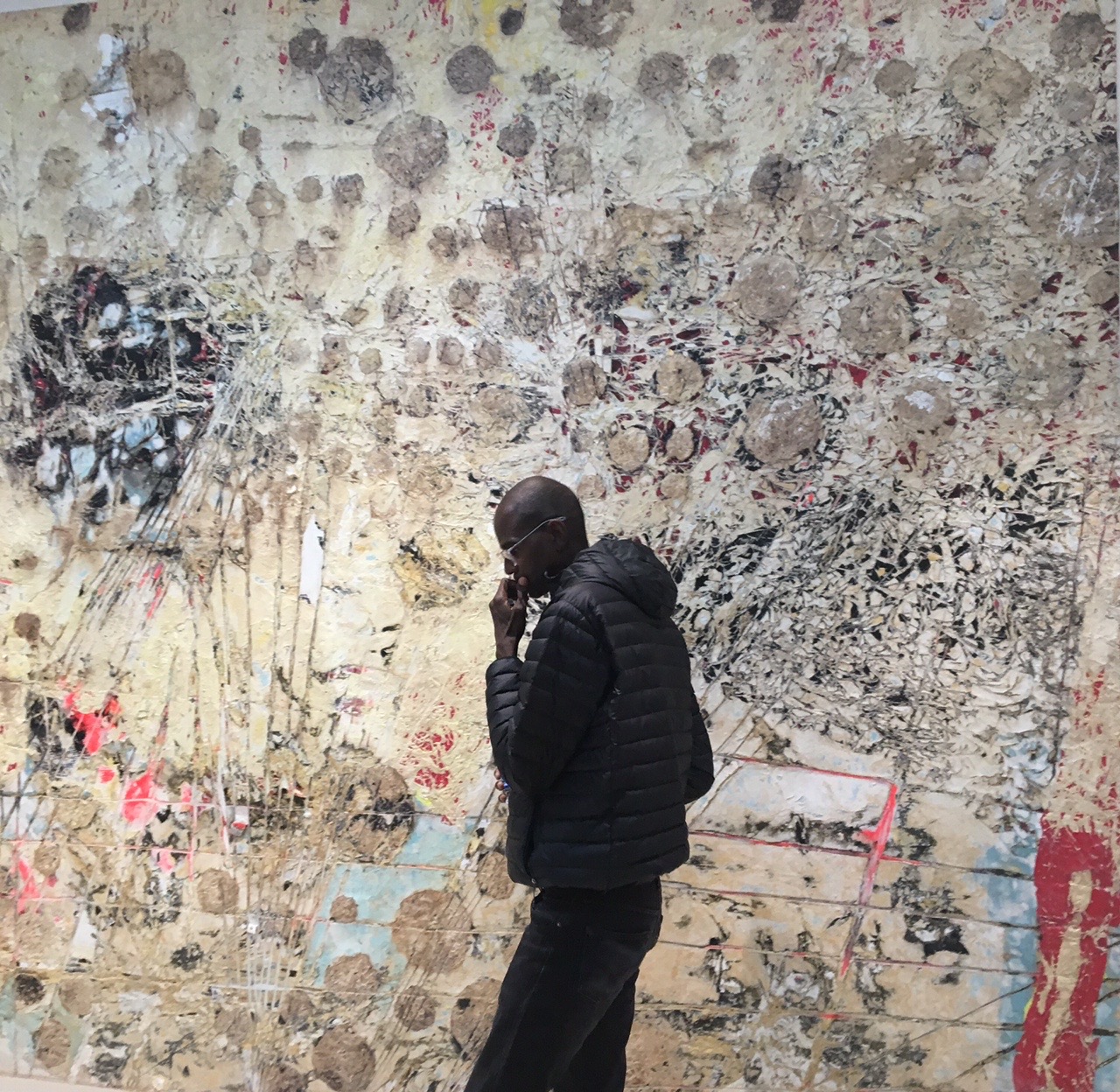 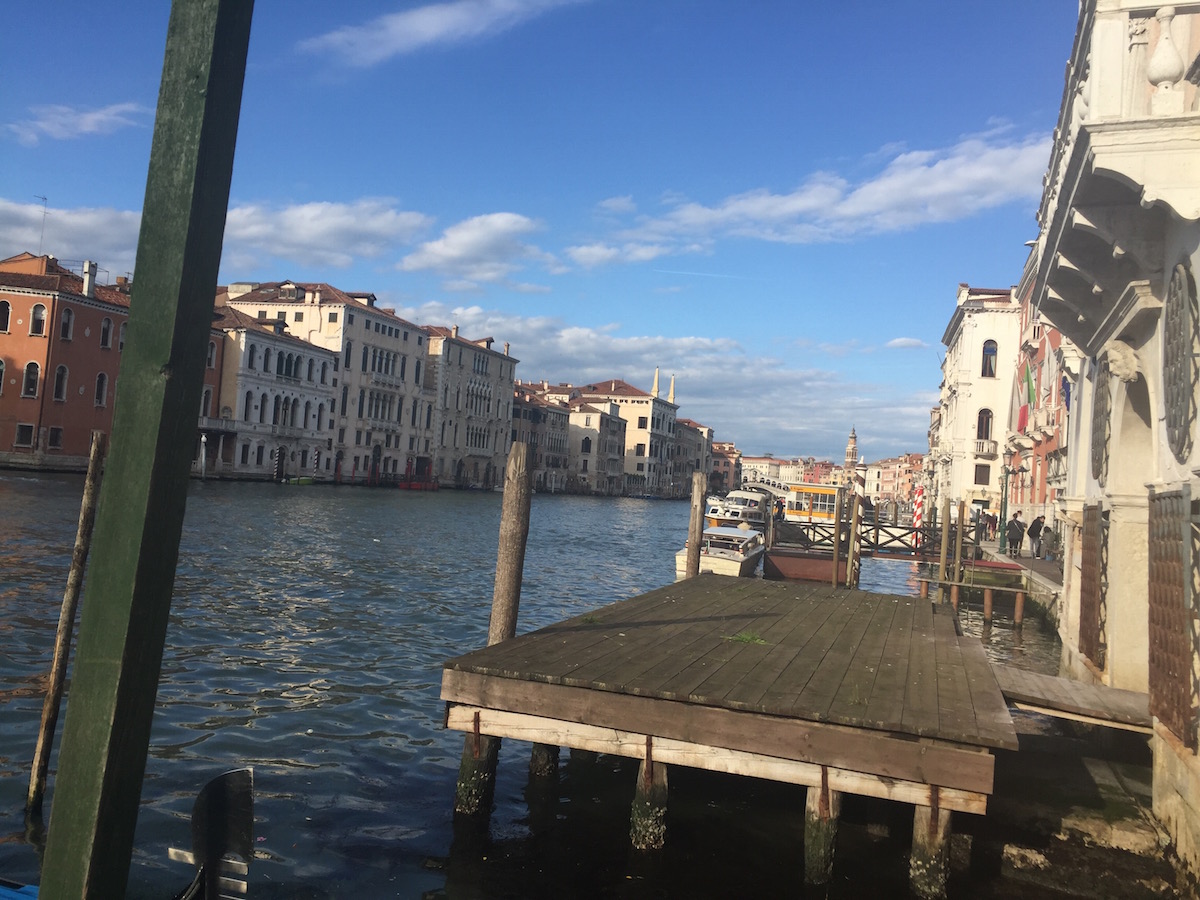 The Venice Trip by Cara Ober

The wifi in Venice is slower than the water taxis. Although frustrating for those of us who are workaholics, it was a treat to put down the phone, be present in the moment, and make eye contact. There were thousands of us in Venice and all for the same reason: a love of contemporary art in a beautiful city. This meant that those lumbering water taxis, long lines for the ladies room, and tables at sunny outdoor cafes were all excellent places for conversation and making new friends. It also meant there were opportunities for art fan-girling practically anywhere, which kept us on our toes. 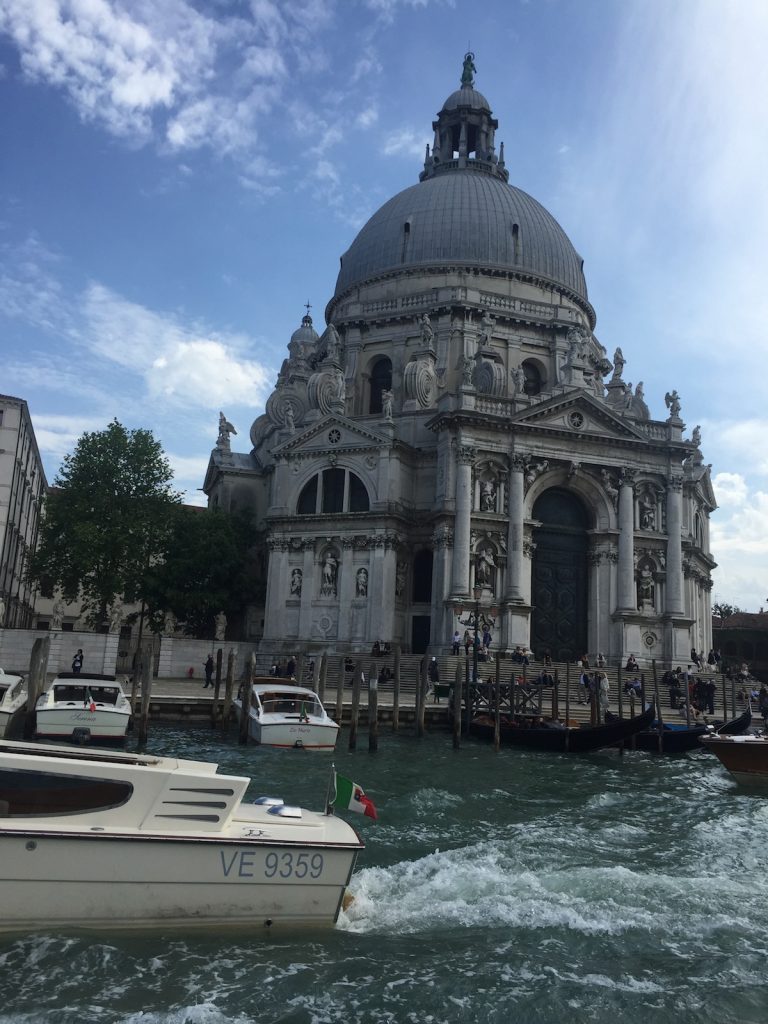 After an all night flight out of Baltimore with fantastic traveling companions Sherri Fisher and Kelly Zimmerman, and a terrifying layover in Frankfurt where we had to run, (seriously, wheezing with luggage) from one end of the airport to other to catch the connecting flight, we arrived at the Venice airport in the afternoon. Our first evening was spent locating our AirBnb, a cozy space near the Academia and Frari Church (college students and shops everywhere) just steps from the San Tomá water taxi stop. It was basically a bedroom, a bath, and a hallway – and I slept on a “chair-bed” that was pretty much in the kitchen, but it was perfect.

Goals for the week:

I’ve been to Venice several times but never ridden in a Gondola. They’re cheesy and for tourists and extremely expensive, covered in maroon velvet and fake gold. It costs extra for the white and black striped gondoliers to sing or play the accordian and honestly, the people in them never look that happy. I’ve never wanted to waste the money but felt this time might be my moment of truth: it was time to check this off my bucket list. Operation Gondola ride had begun.

Although you can walk anywhere in Venice, it’s like a maze where dead-ends stop at the water. If there’s no bridge, you have to take a boat or backtrack. We were informed by our AirBnb host that we could take a ‘small gondola’ for 2 EU near our stop that would ferry us across the canal to the center of town if we didn’t want to walk to the Rialto bridge, so we headed that way, psyched for the quintissential Venetian experience that didn’t cost a million dollars.

When we arrived at the dock, the boat was rickety and painted black. Two men helped us aboard and the bobbing and swaying began. We’re talking serious bobbing, after being on a flight for 12 hours. This was not our best idea. 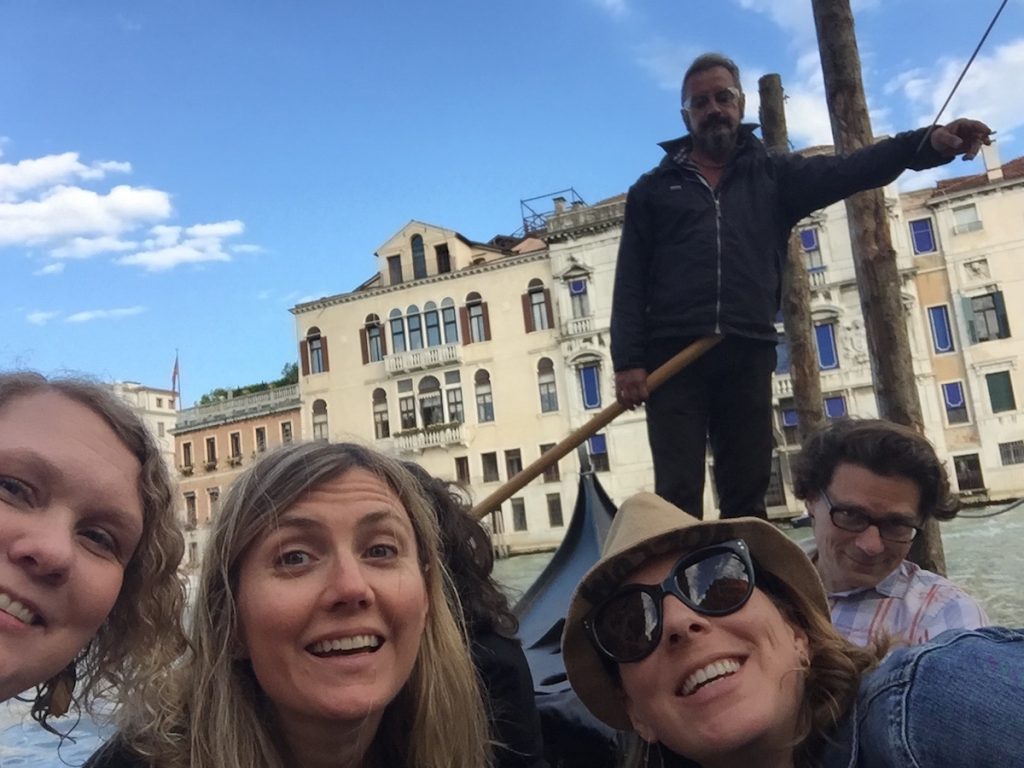 We’re smiling but can you see the fear in our eyes?

Nobody sang. Instead we all clutched the edges of the vessel with white knuckles, looking at each other with wide eyes that clearly said, What were we thinking? We snapped a few blurry photos but the potential for losing a cell phone in dank canal water put an end to that idea. After the longest three minutes of my life, we arrived safely on the other side with stomach contents intact. Whew. Done.

Next on our list: the search for the ubiquitous Spritz.

What is a Spritz? It’s not just a drink – it’s a ritual and it’s everywhere, all day in Venice. It’s an aperitif, a weird concoction of prosecco, aperol, and soda, whose fluorescent orange color punctuated every piazza and party. Served in a deep wine glass with a green olive on a wooden spear, the Spritz was a must.

We immediately tested them out and discovered that green olives are not bad in a bittersweet cocktail. It definitely made the art look better, so we wandered around and found dozens of small independent and international projects proliferating around the city. We looked at ambitious small-scale art (compared to the official Biennale projects) and ate some pizza.

I did not take great notes here (blaming the Spritz!) but I am including photos of some of the smaller art projects we saw and then a number of the independent projects that we planned to come back to later in the week. Among them are a large Damien Hirst project, a Philip Guston show, a Shirin Neshat exhibit, Glasstress, a biannual contemporary glass art show that included Joyce Scott a few years back, cigarette ceramics, golden tortoises doing the nasty, and an exhibit of futuristic baby rockers that looked like sea creatures.

We wandered and shopped, ate pizza, and drink a few more Spritzes and it was time for bed at a reasonable time. Our San Tomá neighborhood sported a ton of college students drinking in the streets outside bars and it was adorable. We ended up walking past the shop that Mark Bradford had created with Rio Tera, a local advocacy group for incarcerated women, and made a note to come back and buy bags and bath products. 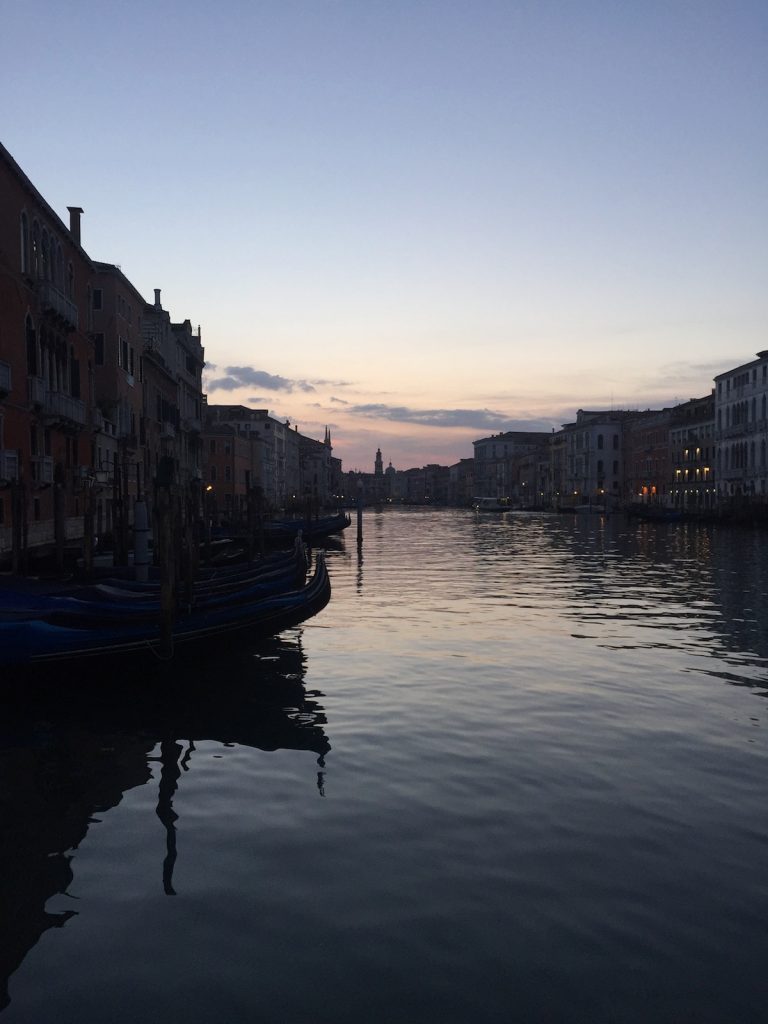