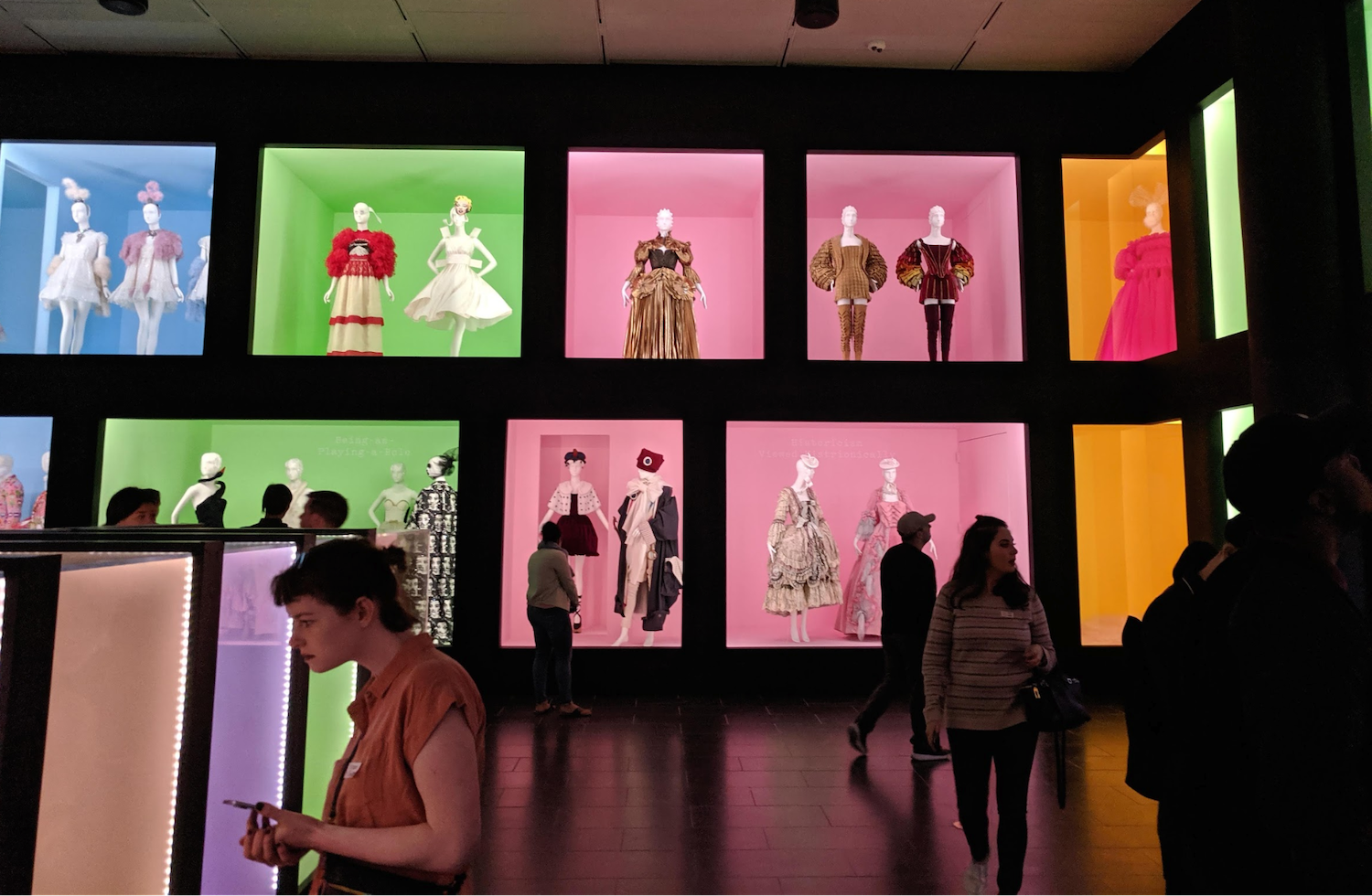 The Perils and Pleasures of Institutionalizing &# [...] 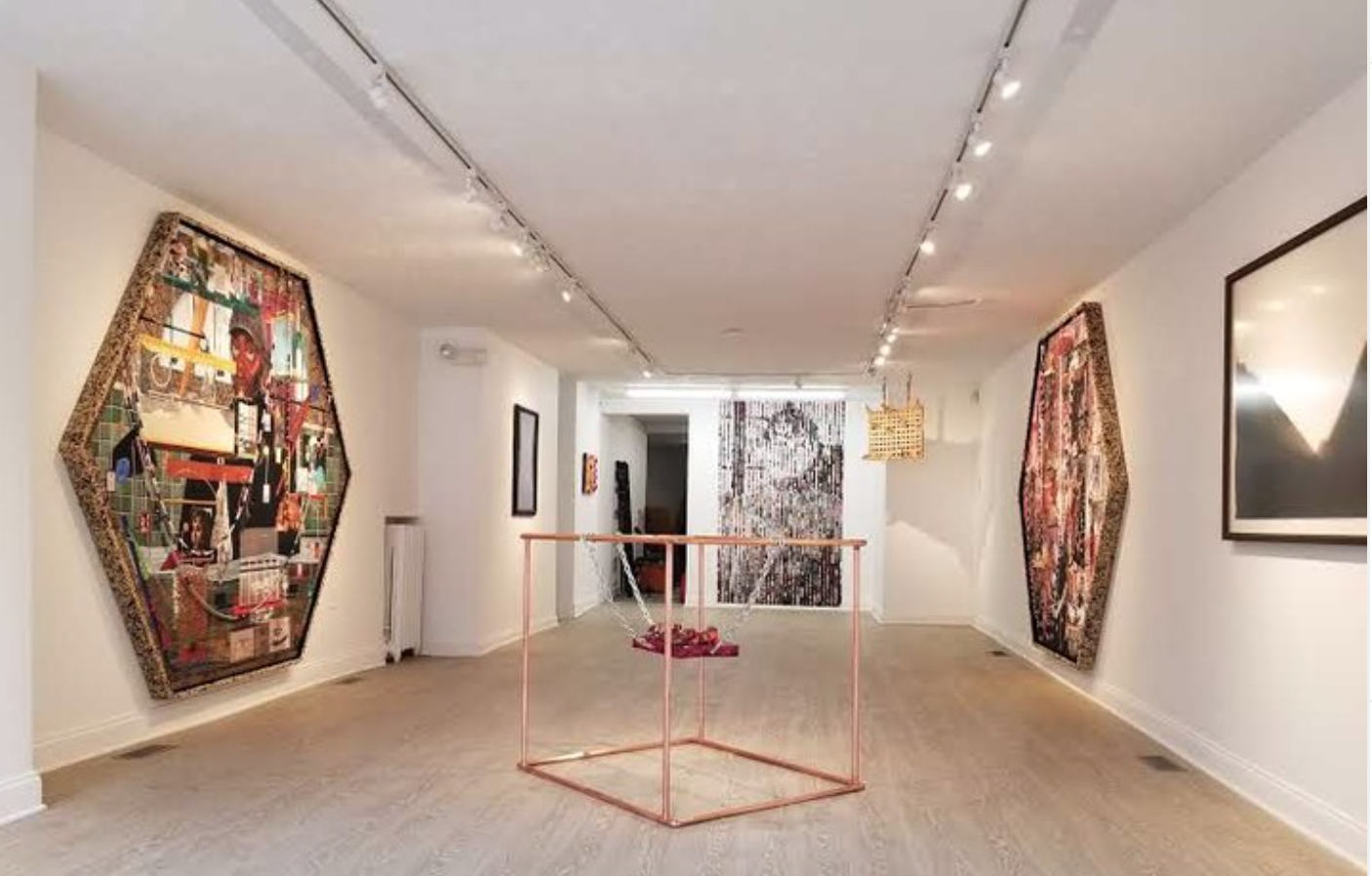 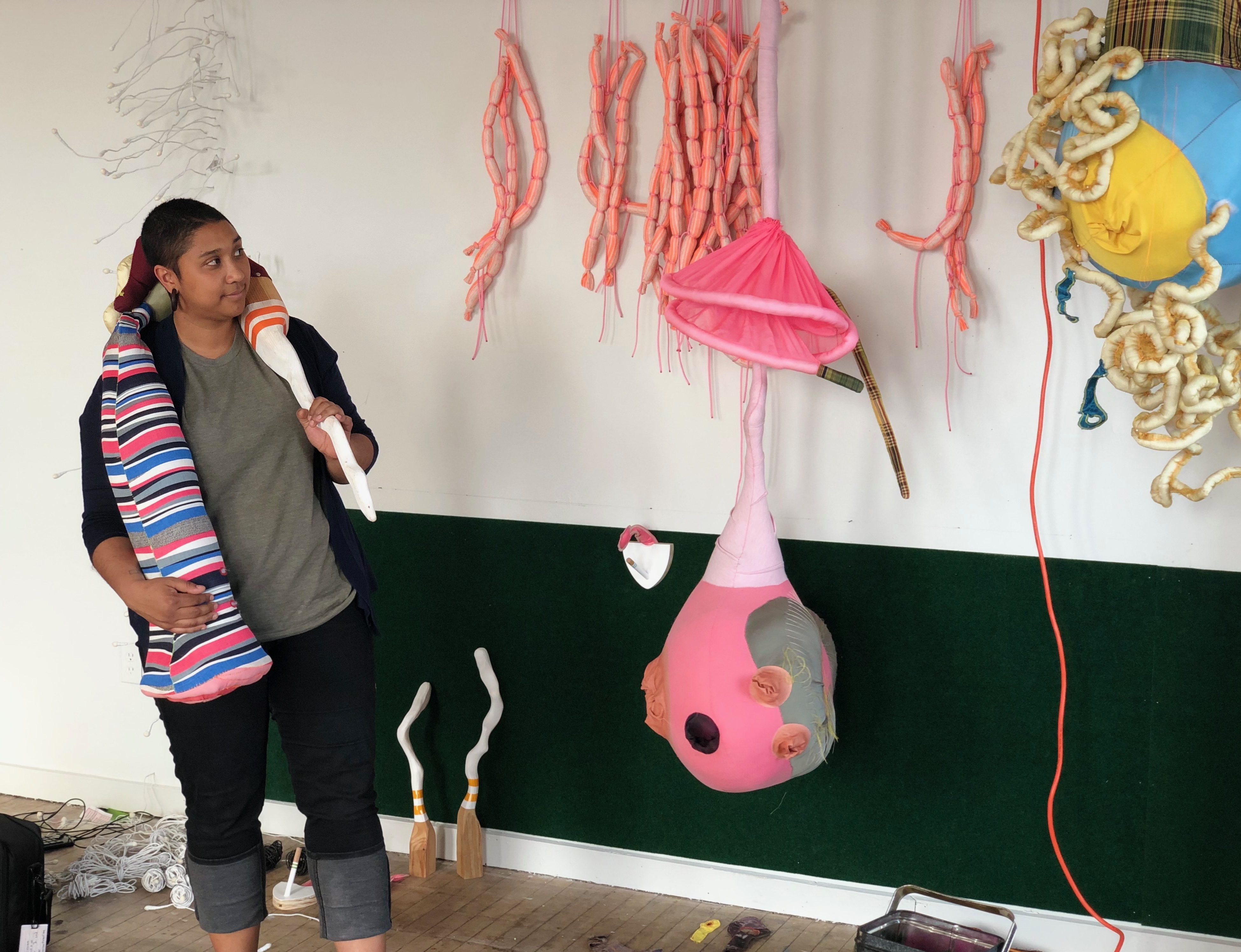 Stephanie Williams is interested in dismemberment. Despite this, within seconds of arriving at her studio I felt immediately at home, wrapping myself in one of her soft sculptures and taking a seat. I remained enclosed in the work for the next hour, enjoying the weight of the piece, comprised of fiber and filled with sand, which felt like a hug from an inanimate object.

The reason for my immediate ease was Williams herself, a welcoming presence, a soft speaker with a warm smile, whose background as an academic  (Williams is currently an animation professor at MICA) is evident from the care with which she selects each word while talking as well as her tendency to thoughtfully volley interview questions back to the interviewer.

Despite her measured manner, her analysis of her own work is rooted in self-deprecating humor. Part of what she describes as “a whole generation of artists that are interested in body things,” Williams’ studio does look like a workshop of fiber knees, guts, and penises. She describes herself as an “animator who likes mundane tasks” and thus finds it easy to repeatedly sew the forms that appear throughout her work.

She began making her current body of “fibery moments” when looking for a satirical response to strangers’ need to address her racial ambiguity with the dreaded “Well, what are you?” question. In the work, she attempts to understand the structural formation of identity-based categories, to expand how these categories are understood, and to address “how they might function in a future context.”

The pieces of this series are parts of an imagined and real whole (Williams considers the work one piece and lists it as such when installing it) that represent at once the artist’s own body and not that at all. Just as she resists classification of herself, Williams bristles at the categories observers try to place her work within. The work, she explains, is not just about race but also about gym class and grocery stores and uniforms and queerness and a few other things—like Williams herself, it sidesteps neat definition. 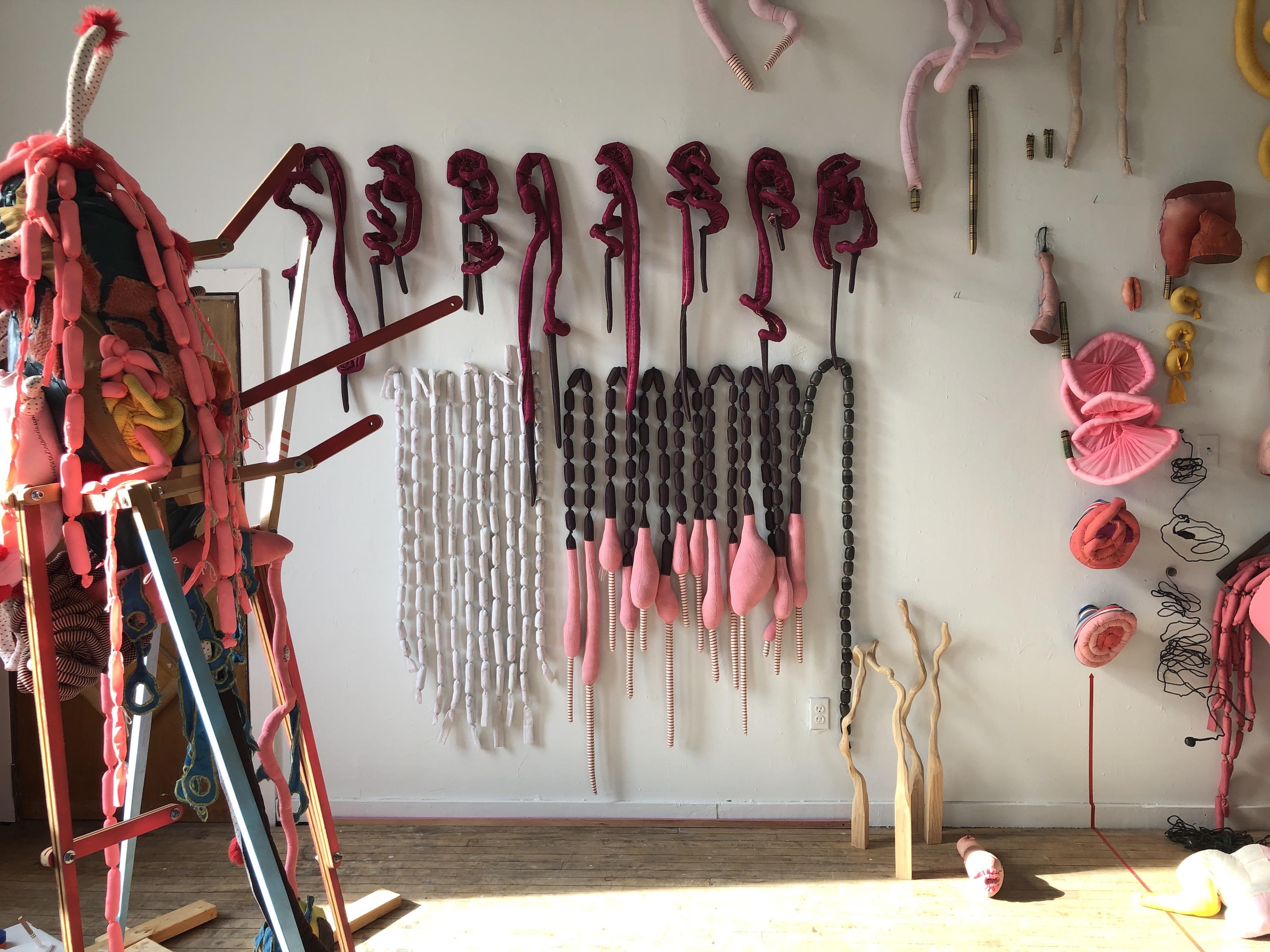 What is the most important art-related book you’ve read?

My vice of indecision prevents me from narrowing it down to the one book. I like Christian Enzensberger’s rant Smut, An Anatomy of Dirt, the art in Bill Watterson’s Calvin & Hobbes, and the voices in Claudia Rankine’s The Racial Imaginary: Writers on Race in the Life of the Mind.

Probably the worst advice that someone told me was that in order to survive in an academic job that I needed to exist just below the surface, basically learning how to make myself less noticeable so as not to offend.

The best? To be helpful.

Truly, anything that I’ve ever done or that was ever worth doing related to this career, was because I had formed a relationship with someone organically. To help out another artist without needing something in return. I am easily excited by the small idea of helping art to exist in the world and that I can contribute to that even if I don’t benefit from it directly.

A Mrs. Beasley doll. I loved this doll in spite of never seeing Family Affair.

What is the best part of being your own boss?

I’m not disorganized, just specific. My systems often require a particular order that isn’t translated well to folks outside of the process. Working on my own in many cases allows me to be rhizomatic. It’s like a warm blanket.

Pencil. It’s such a great thinking medium. So process based. The history of the pencil is pretty amazing. I’ve just started Henry Petroski’s The Pencil: A History of Design and Circumstance.

Grow and sell Christmas trees. My folks worked in finance but have always had Christmas on the brain. They bought the farm when I was in high school 20 years ago and moved out there full-time about 10 years ago. It’s definitely more than a hobby, it’s a lifestyle that is very, very tree-centered.

I do like to hang out in office supply stores and fantasize that everything in it belongs to me. I’m not particular about the store. I am equally appreciative of any highly organized office supplier.

Without question, Senga Nengudi “Internal I,” 1977. It’s the only piece of hers that I’ve seen in person. The nylon stretches to its absolute limit, an idea that is so deceivingly simple as it relates to a particular body under tension.

What is your favorite place within 30 miles of Baltimore? Why? What do you do there?

I’m still a bit new to Baltimore so I have a lot to discover. The American Visionary Art Museum has been a long-time favorite place to learn about the storytelling capability of material.

I don’t know how to dress myself, I’ll confess that. Making a uniform for myself after many years of being required to wear one for school, made other life decisions easier because I had less to think about. My current uniform is a T-shirt (I prefer v-necks), some kind layer on top of that available to add on, maybe a scarf, and jeans. The jeans are dark because I don’t think about where or what I might be sitting on most days. Dark clothing hides stuff; I’ve been wearing dark blue jeans forever, since grad school. Before that it was men’s thrift store trousers. I switched to black jeans last January, and I buy five pairs at a time.

I have a series of stop-motion animation projects that I’ve been working through for the past few years nicknamed loosely the “Pinoy Series.” Each chapter looks towards the hierarchies of taste that inform “American-ness” as informed by my experience.

The first was “PINOY/PLOY” that talked about the role of stereotype in the appropriation of foods from marginalized communities. The second, “Lingering Survival of the Unfit,” is an ongoing stop-motion project in which I walk puppets through a walk sequence until they break down. Thematically, it’s about the US as an imperial power, researching the Philippines especially as a former US territory that was never given the full rights as its citizens. The relationship between the US and its current and former territories is complex and multifaceted, a perspective that I was never taught in my US history classes in school. This project also extends into the “corrective” tactics that my communities used in order to teach ourselves about our own American identity.

Yes. I am a gemini which means I am exactly what I say I am, until I change my mind. 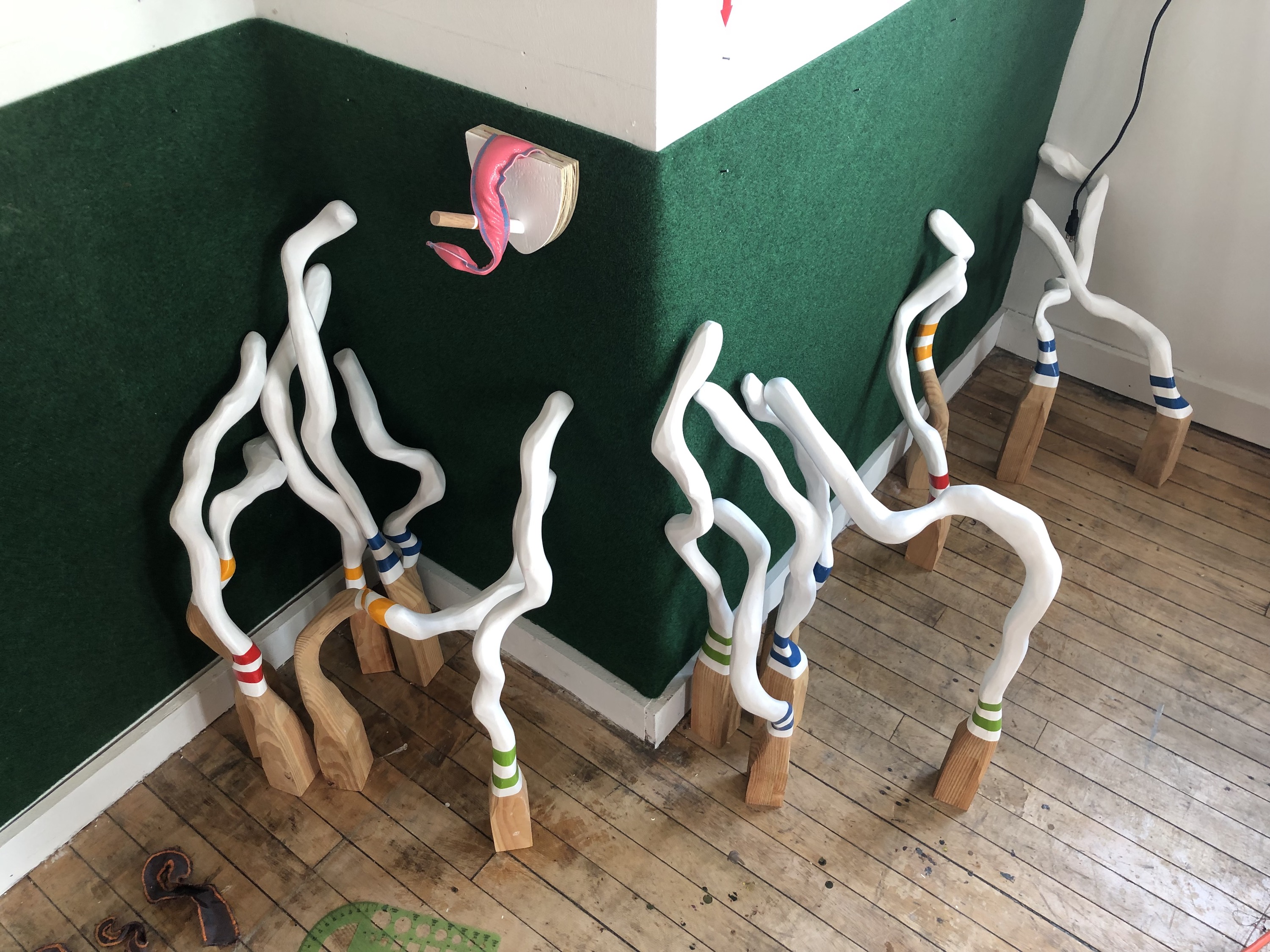 Wait, is the penguin alive? Or was it placed there for safe keeping? If it’s alive, I’d let it out and investigate how it got there, perhaps a door to Narnia—Narnia needs more penguins in its narrative arc if you ask me and I’d be way more interested in the passageway in said freezer than I would be the penguin. If the penguin is dead, I’d have more questions about the freezer, the owner of the freezer, whether or not I was in a place where penguin consumption is indeed a part of the social fabric and my role in this scenario. Is it my freezer? Am I visiting a good friend or do I happen upon a freezer in an abandoned location? Also, not knowing the temperament of penguins in such close proximities to freezers, it’s all hard to say.

What are three words you hate that people use to describe your work?

Hate is a strong word. Perhaps even annoyance at someone’s honest reaction to my work is perhaps a bit unfair because it engages them in a way that will perhaps prompt conversation. In the end, conversation, no matter the opinion of the viewer of my work, is preferable.

We’re pretty similar. Then and now, I’ve always had a pretty good sense of who I am. I own my own awkwardness quite readily. I’d like to think that my past self would think that my current self knew a bit more and was open to more experiences although we’re both still fearful of clowns, highly allergic to cats, and terribly polite. I would think that my past self would see that I am currently more comfortable knowing what informs how I see the world and my openness to learning more about the people in it.

Stephanie Williams’ solo show Things That Don’t Have Names is at the Greater Reston Arts Center through June 22. Her work is included in the School 33 Biennial, on view through Aug. 24, and Unruly Bodies at Stevenson University through Sept. 21.

Williams’ upcoming shows include the Janet & Walter Sondheim Finalists Exhibition at the Walters Art Museum, June 15–Aug. 11, and Where Have We Been at Towson University, July 13–Aug. 10.

Art AND is a bi-monthly interview series from BmoreArt. Organized by Suzy Kopf, the series is a personal perspective into the lives of creative people that goes beyond “tell us about your work.” Designed to provide an in-depth look into creative makers’ and thinkers’ industry as well as their personality, experience, background, tastes, and opinions, Art AND moves away from the myth of maker-as-genius and focuses on the very human aspect of being an artist. 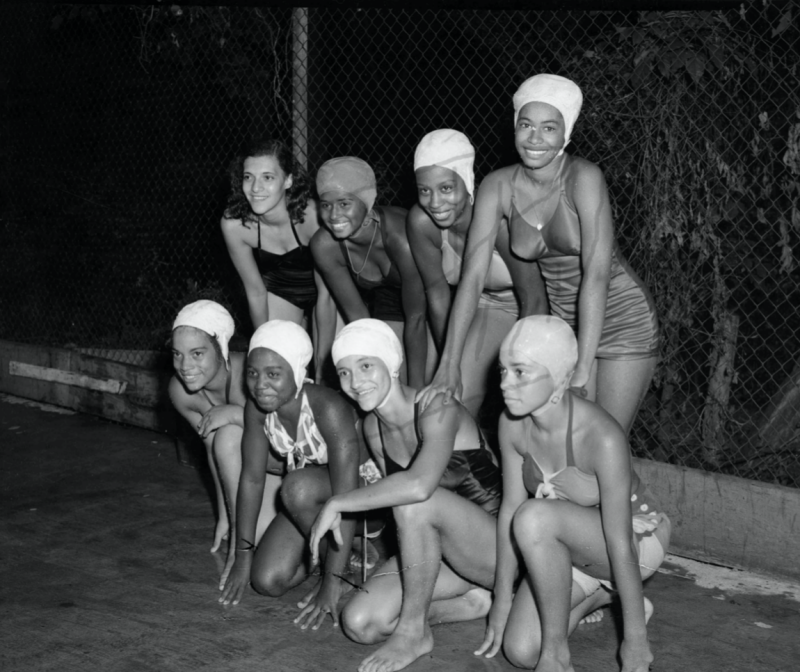