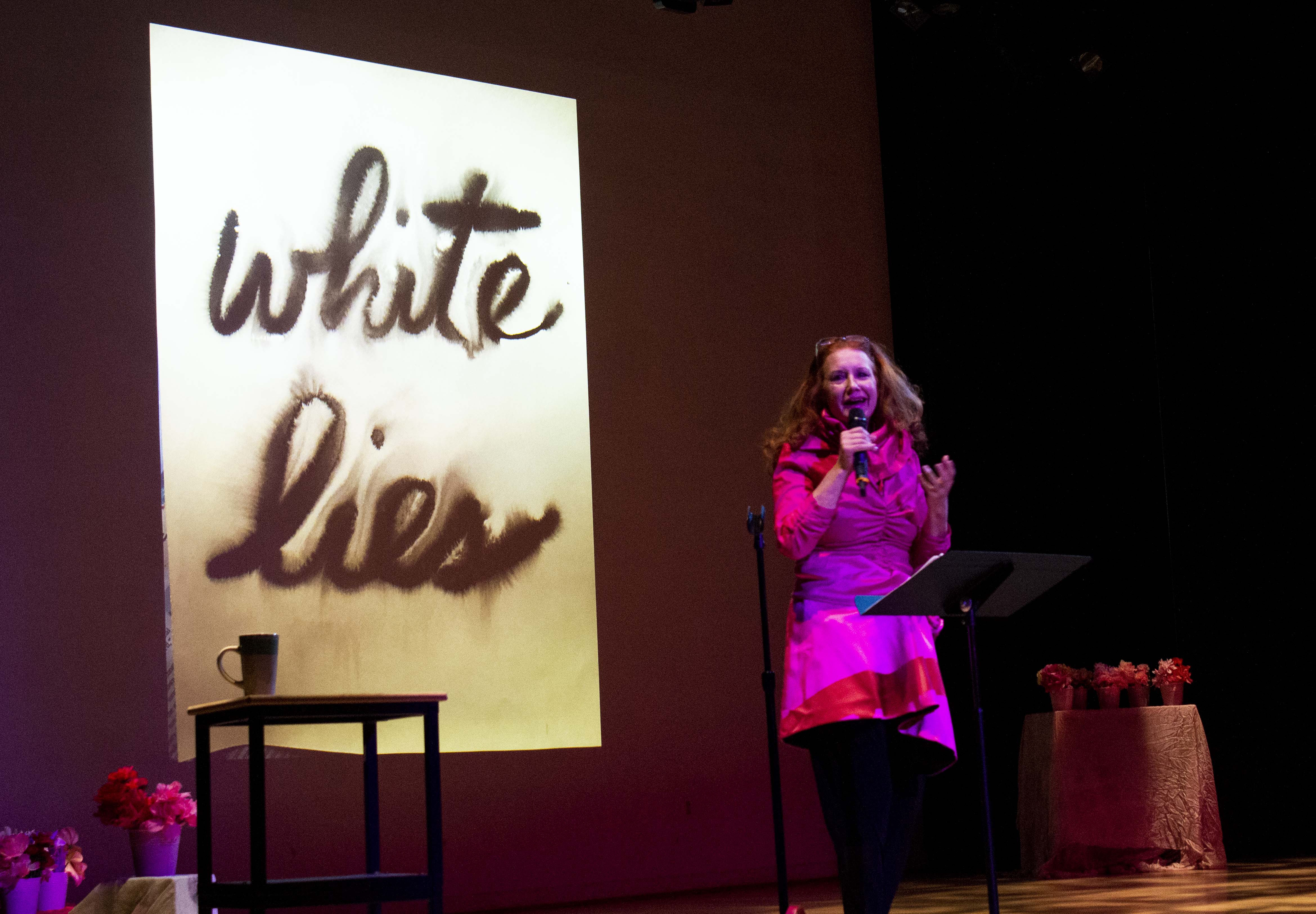 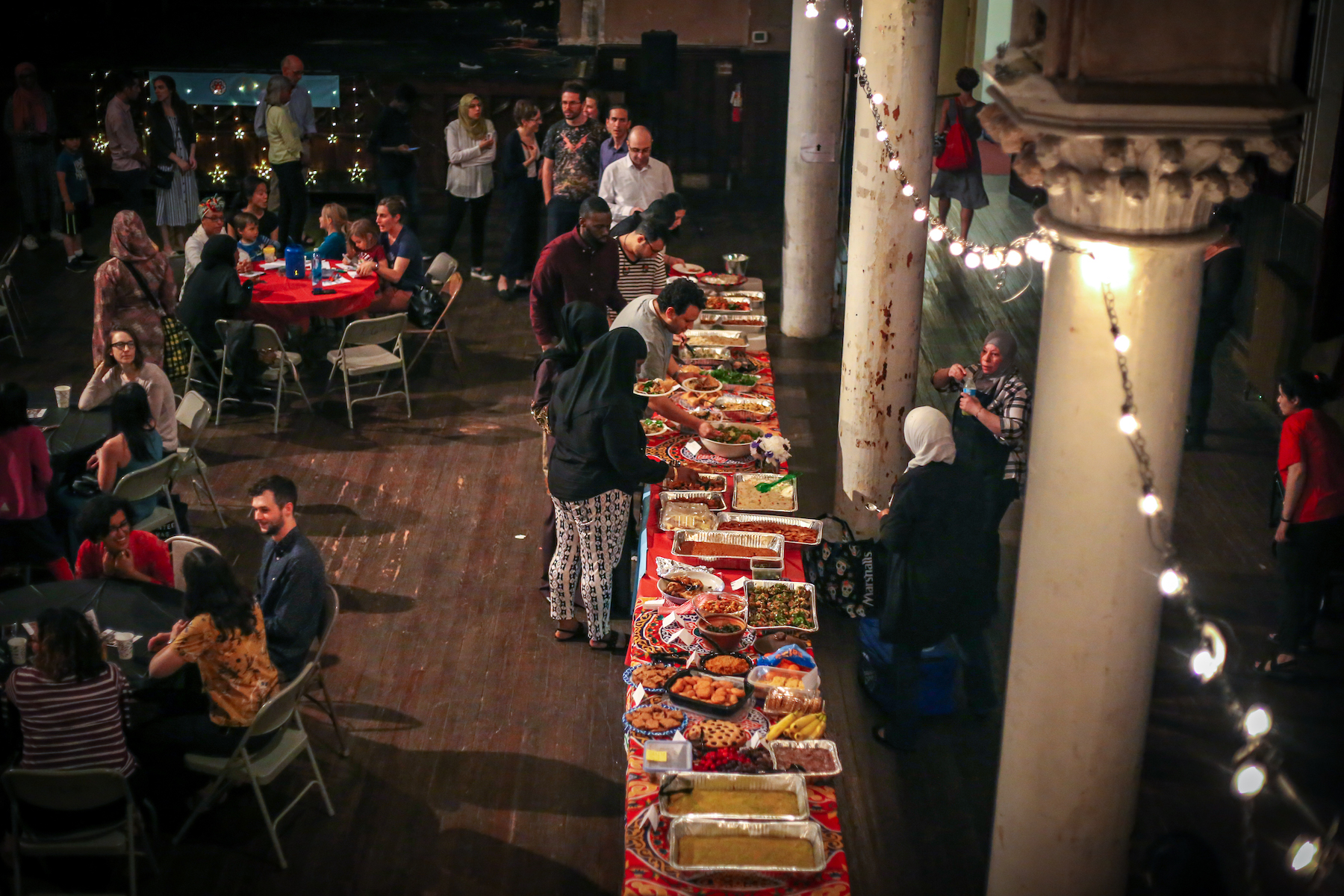 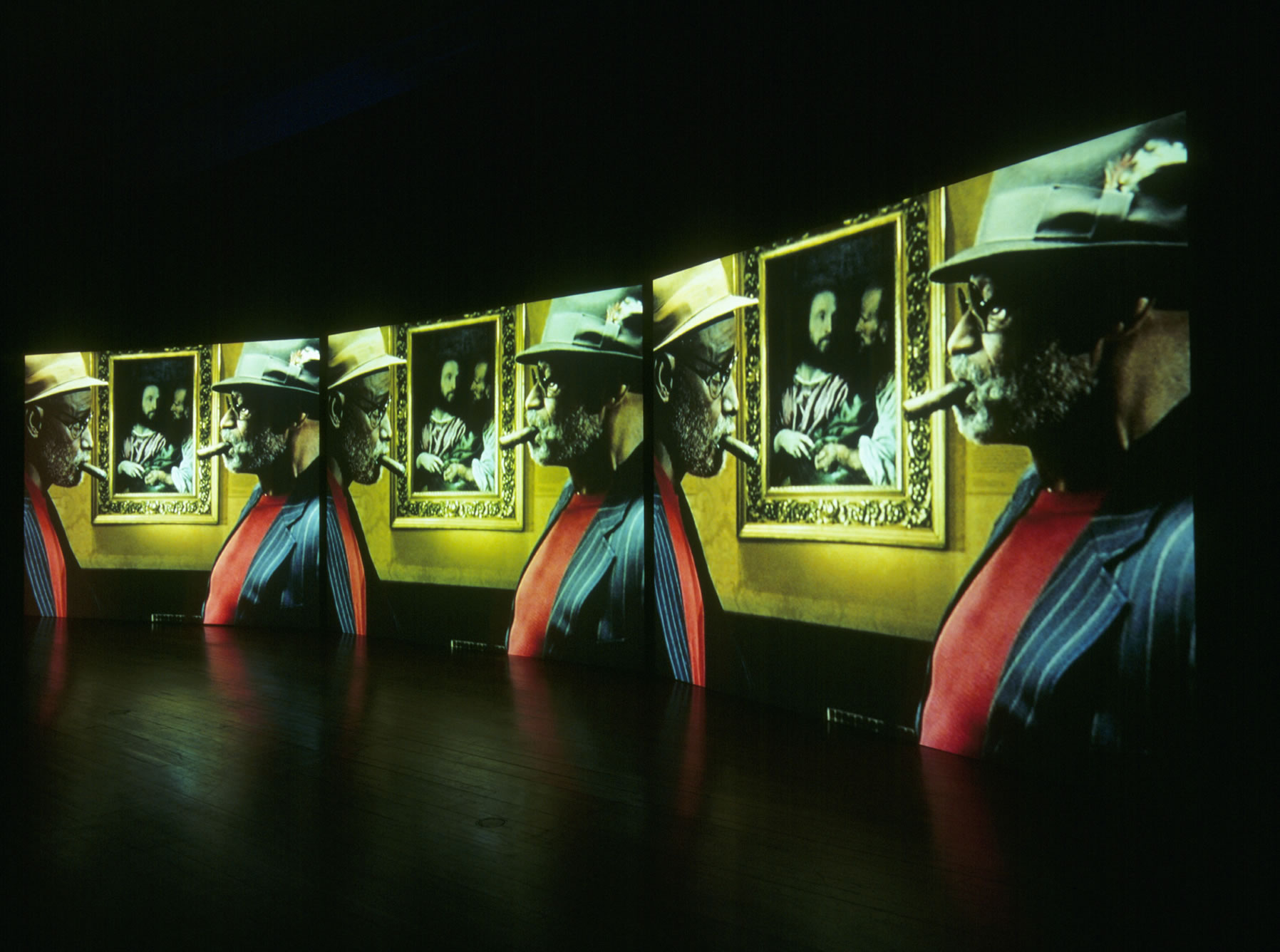 The plot is the point and beside the point in Robert Downey Sr.’s unregulated Putney Swope (1969) screening at the Parkway on September 18 and 21 as part of Art House Theater Day. A token Black advertising executive is voted in as the new boss when the current chairman of the board, a wrinkled old white dude, dies mid-meeting—a hilarious scene of honky grotesque—and the rest of the board members introduce a vote to choose his successor right there on the spot. Swope ends up being elected because all of the white executives who didn’t want to vote for any of their white competitors voted for him because they didn’t think anybody else would vote for the Black guy. 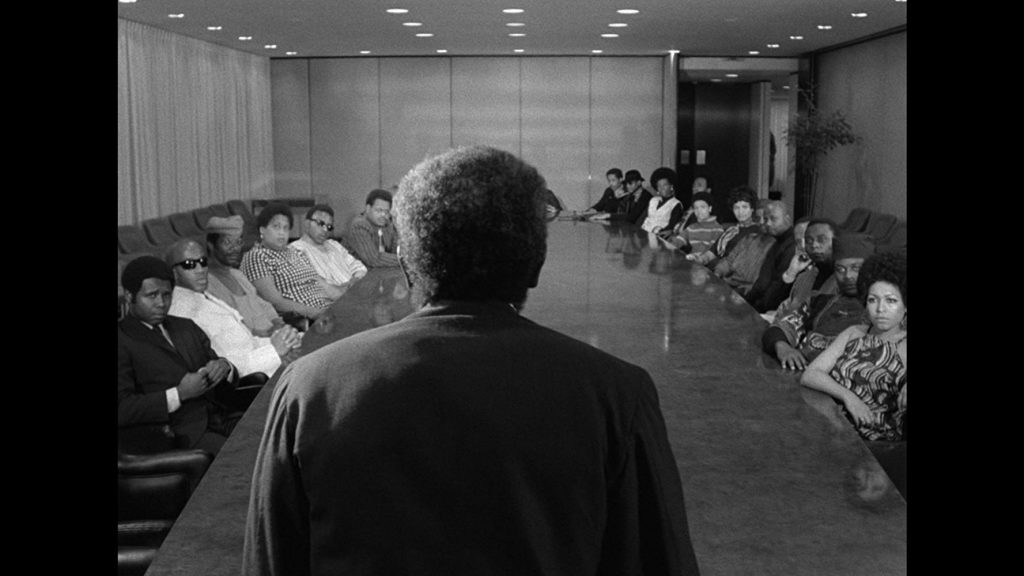 What follows is a corporate insurrection. Swope changes the name of the company to Truth and Soul, fires all the white folks on staff (except for one token white guy), hires an all-Black crew, and refuses to advertise booze, tobacco, or toy guns. Swope’s new approach offers up silly, sometimes radical commercials to his clients and we see them in full—proto-Saturday Night Live skits interrupting the movie’s slack narrative: an airline ad features women in see-through clothes bouncing around and then wrestling; a voiceover explains the ingredients of a healthy cereal and the man eating the cereal looks up and declares “no shit!” to the camera and the ad ends; an interracial couple sings a Nancy & Lee-like duet about a chance hook-up—“a dry hump behind the hot dog stand”—and take their time praising the product, a skin cream; an ad for chicken pot pie features “Ms. Redneck New Jersey” (“her favorite hobby is emasculation”) going off script and telling viewers, “everybody should get a piece of the action.”

Soon Swope’s considered a threat to the United States—the president here, played by a little person, is a heroin-using, right-wing libertine with a German accent—because the powers that be profiting from war and infiltrating Black communities with nicotine and liquor don’t like Truth and Soul’s approach. What Downey Sr. puts down here as radical is now par for the course in advertising which has co-opted irony and absurdity as, say, that recent State Farm ad with Oscar from The Office, James Harden, Chris Paul, and a terrifying Oscar robot illustrates. That, though, says less about 1969’s Putney Swope than 2019: strange, awful, and ridiculous. 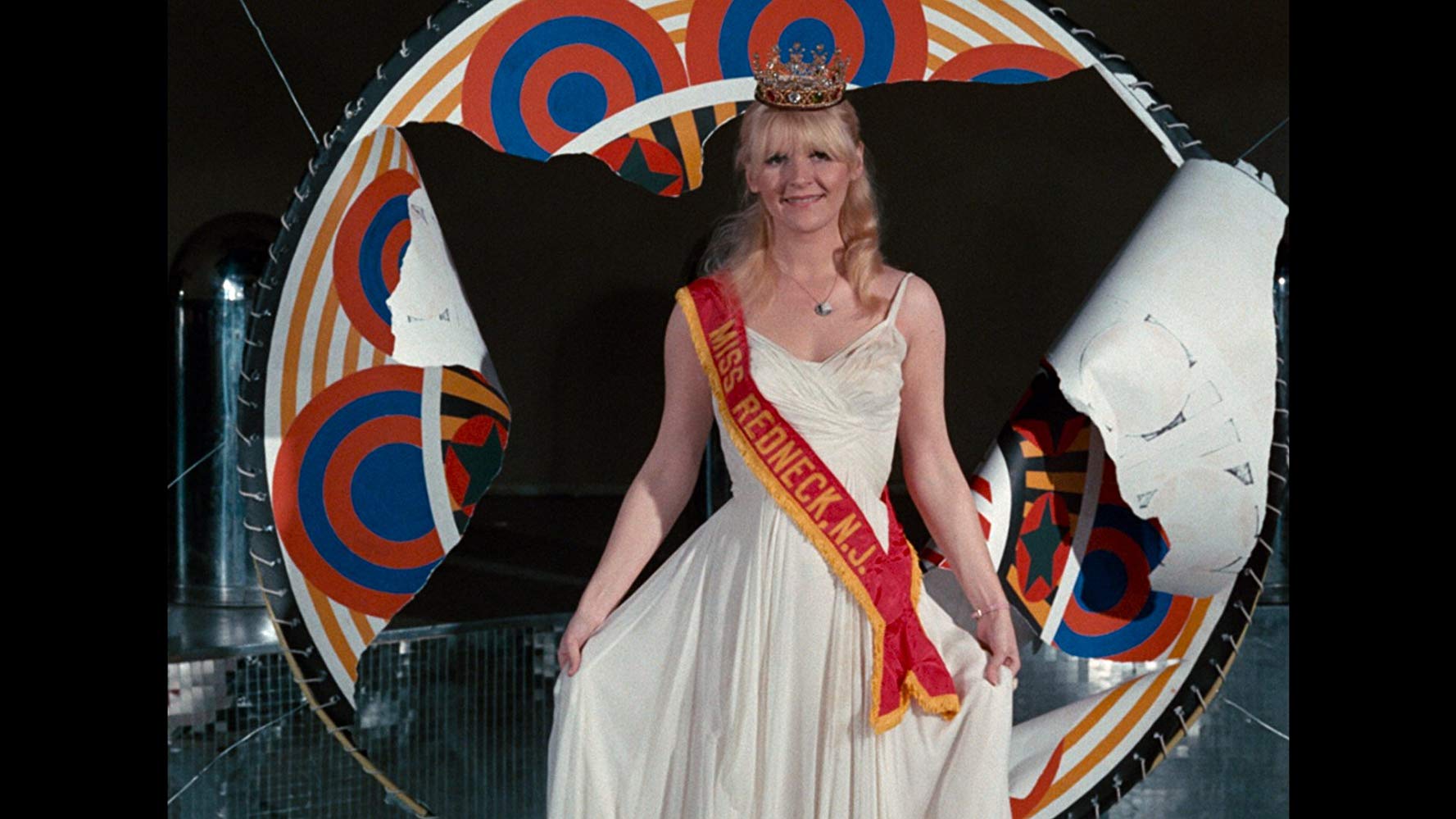 Isaac Julien’s Baltimore (screening at the Baltimore Museum of Art now through January 4, 2020 and now part of the permanent collection) is 11 minutes long and has enough ideas for 90 minutes. Images on three tall screens counter one another or let you see the same event from different perspectives; when all three screens show the same footage at the same time, you might gasp because it feels like serendipity. Like Putney Swope, Baltimore is overloaded and just so psyched to get to say what it has to say that it makes every second mean multiple things, a frazzled sort of maximalism you often see in radical political work.

Black cinema icon Melvin Van Peebles (playing himself) and a Cyborg (played by Vanessa Myrie) whose style shifts between afro’d Black Revolutionary and baldheaded Black cyberpunk, walk around Baltimore City and through three Baltimore institutions (the Great Blacks in Wax Museum, the Peabody Library, and the Walters), transcending space, time, genre, and expectations of Black “respectability.” It feels anticipatory, like the interesting scenes in one of those Bourne movies before the action kicks off and it gets all confusing, just when you’re luxuriating in place and how an actor filling up a frame is enough. 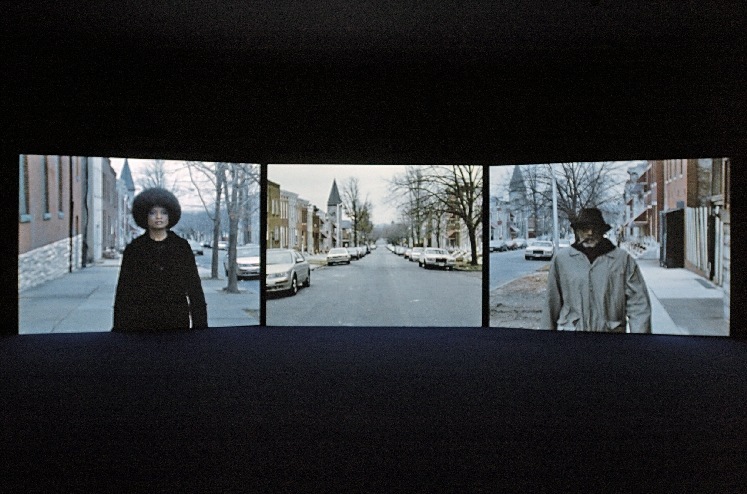 Director Isaac Julien forces a reconciliation here between Black Power and blaxploitation (a cinematic revolution that was also undoubtedly a cash-in on Black Power) with the nexus point being Van Peebles (the director of the avant-garde, radical Sweet Sweetback’s Baadasssss Song) and the Cyborg, who recalls Angela Davis as well as Black women action stars who scooped up Davis’ style, such as Baltimore resident and MICA graduate Tamara Dobson who played model/secret agent Cleopatra Jones. A soundtrack of city noise, dialogue and sound effects from blaxploitation movies, and audio from the Black Panthers plays in the background. “You’ve got exactly 24 hours to get out,” we hear from 1975’s Dolemite and later, “Stick ’em up motherfucker, this is a hold-up! We’ve come for what’s ours!'” which might sound like tough talk from some bank robbery movie but is actually the voice of Panther Bobby Seale.

The Cyborg then sends Baltimore into the world of Afrofuturism when she flies, Hong Kong Wire Fu-style, to the top of the Peabody. Other Playstation 2-esque special effects (her eyes glow like a robot; her leg opens up and hands her a gun) move us out of the past and recall the computer graphics-fueled coup of Wu Tang Clan’s “Triumph” video or the borrowed Black sci-fi of Puff Daddy’s “Victory,” loaded successors to blaxploitation themselves.

The sci-fi trope of teleportation is a great way to illustrate the strange powers of the museum, which can take you through the past and room-to-room, unwind history, and let you briefly escape the real world. The museum though has another, more nefarious power: it can erase history through curation as a sin of omission (think “Mining The Museum”). And so, the visceral, history-gone-comic-book approach of the Great Blacks In Wax Museum which mixes artifacts from Black history and fascinating, often vicious recreations of scenes of Black triumph and pain, disrupts (children who went to school in Baltimore likely snoozed through the Walters tour in elementary school but had the Great Blacks In Wax visit seared onto their brains for life).

Space and time break when wax figures of Malcolm X, Martin Luther King, Billie Holiday, and others appear in the Walters among the Renaissance paintings Van Peebles studies. And then, Van Peebles sees a wax figure of himself. The details are just about right, down to the clothes he’s wearing—the only difference is the color of his hat. Van Peebles is stoic. People have been copying Black artists like Van Peebles for centuries anyways. And this time at least, they almost got it right. 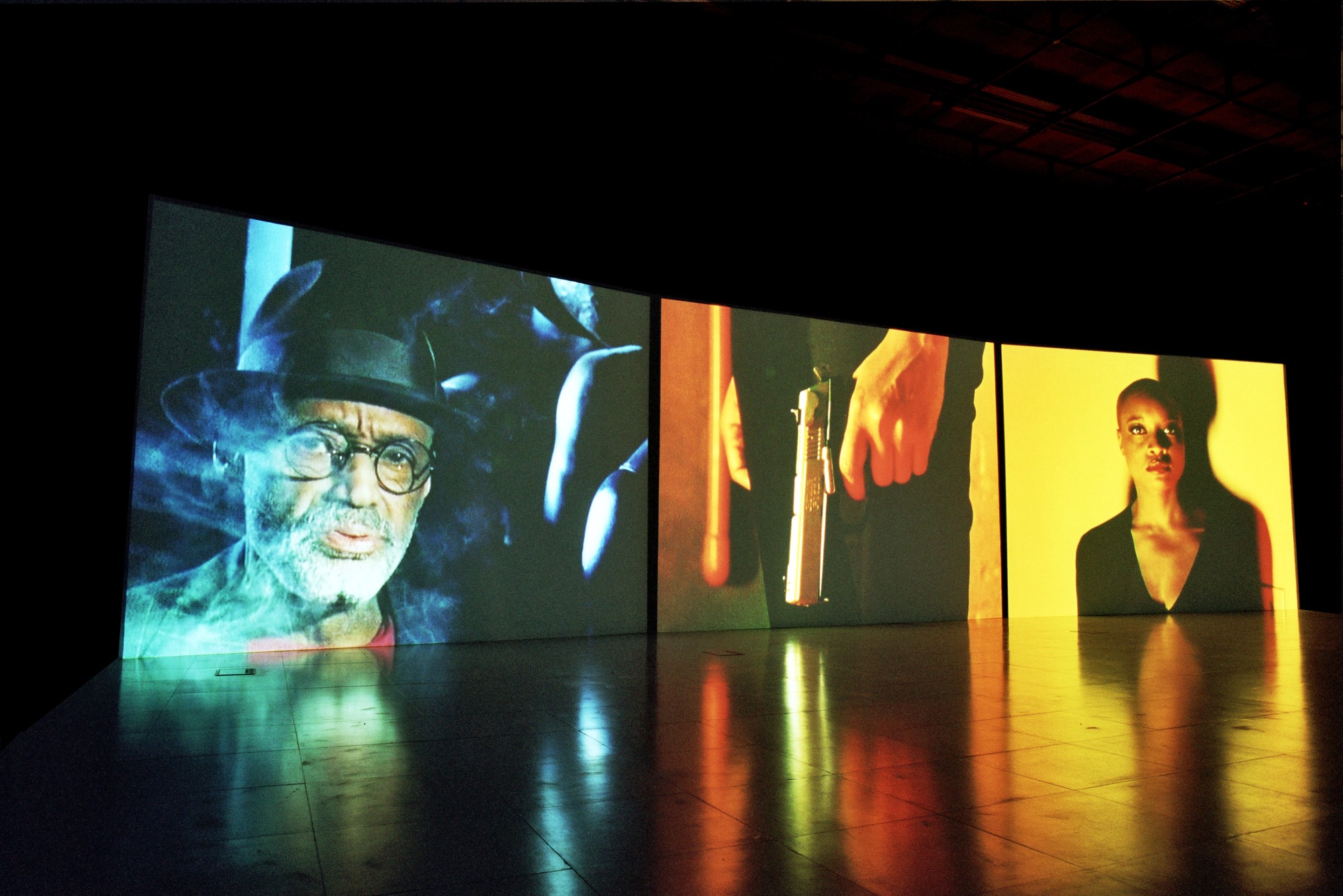 As will always be the case, in an attempt to counter the very convenient though inarguably movie culture-killing world of streaming, I have limited these recommendations to movies that are available at Baltimore’s nonprofit video rental store Beyond Video (2545 N. Howard St.) and movies that are screening somewhere in Baltimore soon.

Dolemite (D’Urville Martin, 1975): Among the doofiest and most hilarious blaxploitation movies made, Dolemite is getting a bit respectable now because of Eddie Murphy’s upcoming biopic Dolemite Is My Name in limited release and on Netflix next month. Dolemite screens at the Charles on Dec. 5.

Greaser’s Palace (Robert Downey Sr., 1972): A hippie dirtbag Western about a schlockmeister in a zoot suit who is a mix of Jesus Christ and the Monorail guy from The Simpsons—a trippy parable about neoliberal scamming and prosperity gospel before those ideas were really a thing.

Looking For Langston (Isaac Julien, 1989): An experiential depiction of gay culture during the Harlem Renaissance and a queering of Langston Hughes; Julien mixes ’20s jazz with ’80s house in his most accomplished and teachable movie.

Predator (John McTiernan, 1987): The visual murmurs of goofy sci-fi seen in Baltimore is all you get in this bro-y favorite, which somewhere inside of it holds a near metaphor for military invasion. Screening as part of the Can I Kick It? series at Creative Alliance on Oct. 10.

Watermelon Man (Melvin Van Peebles, 1970): Candy-colored race satire about a white man who wakes up Black one day and is thrust into the world without his white privilege (also it invented the white guy makeup used by Eddie Murphy on SNL, Chappelle on Chappelle’s Show and in, um, White Chicks).