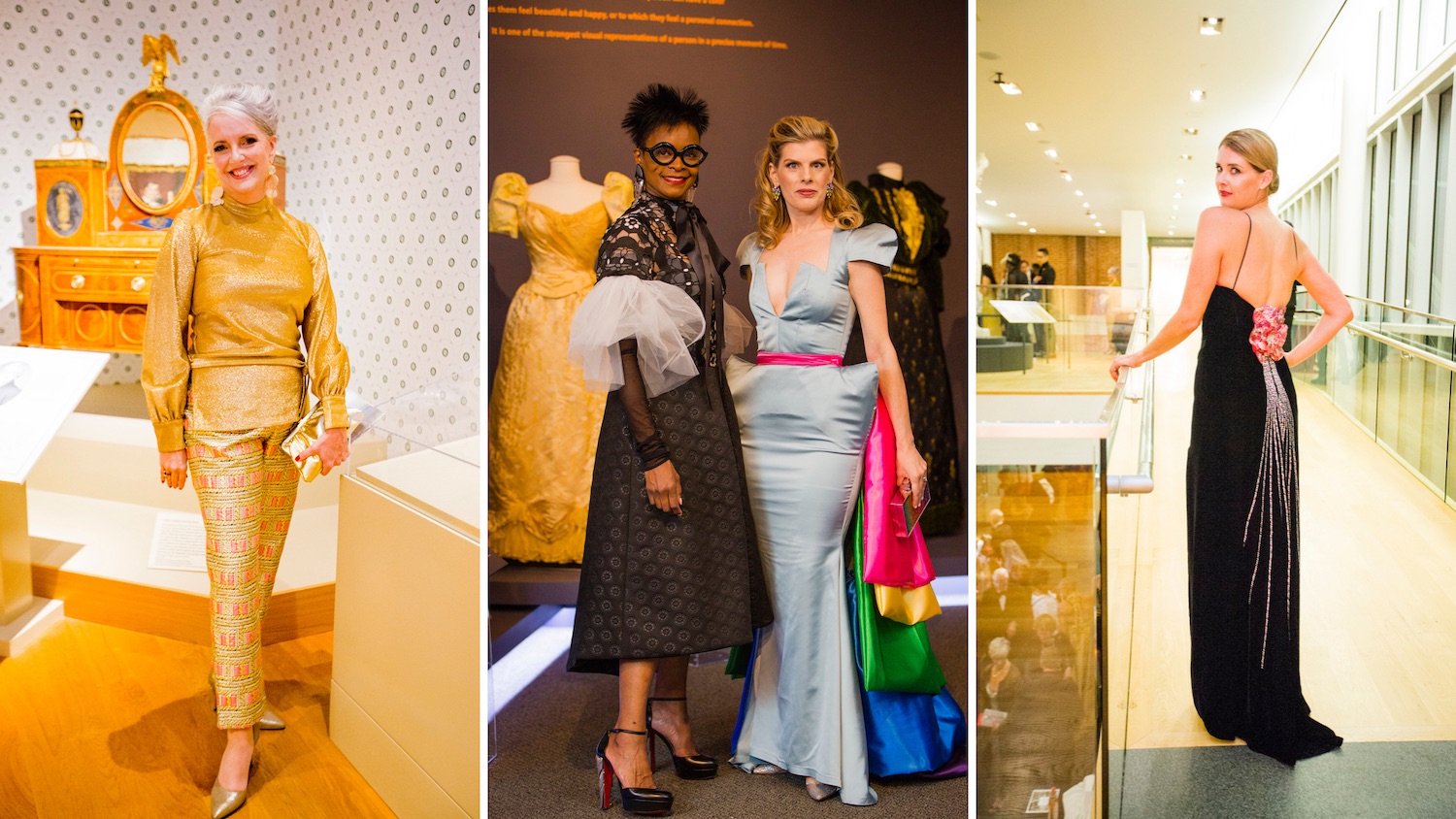 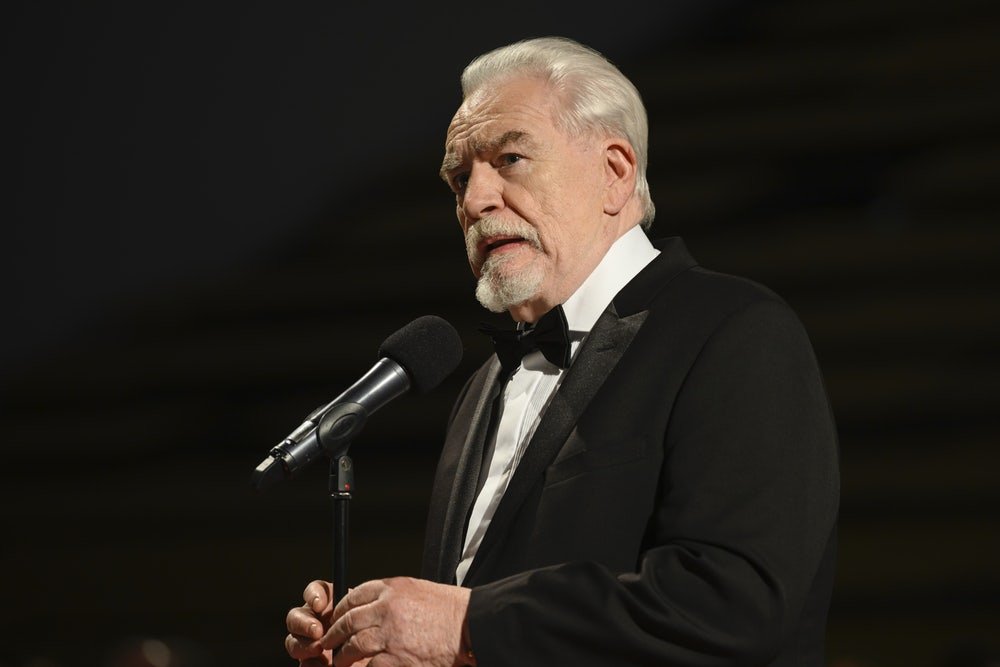 This week: Face Value at The Parlour, Tim Doud at Mono Practice, and Sue Crawford at ICA Baltimore. 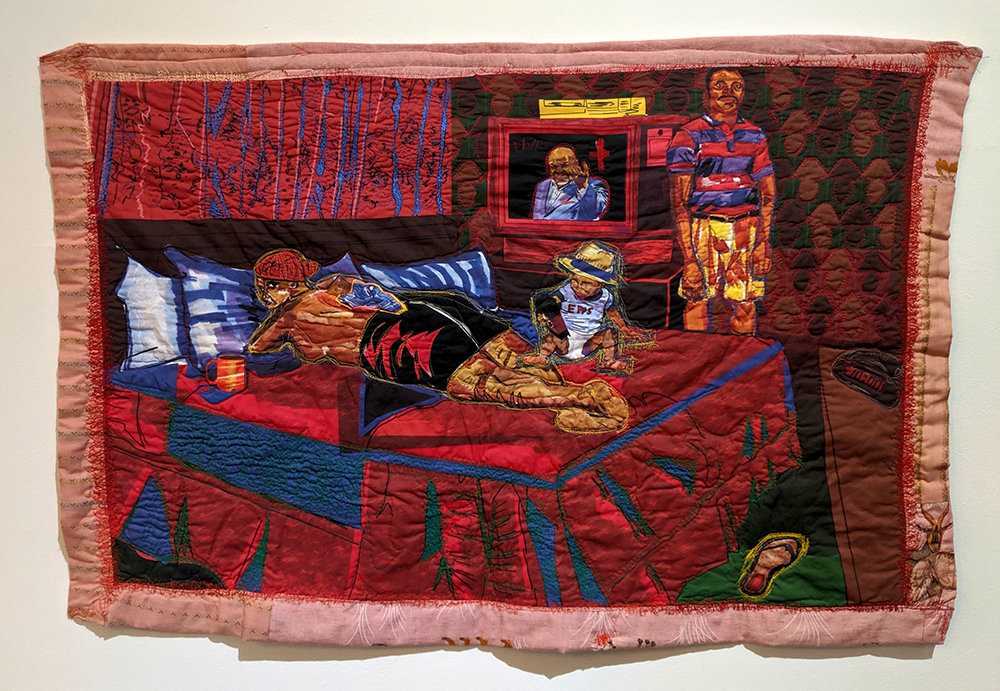 Face Value, curated by 2019 Sondheim winner Akea Brionne Brown, features six US-based artists grappling with American identity as a postcolonial condition. It’s just the second show at The Parlour, one of the loveliest house galleries to open in Baltimore in recent memory, and it’s fitting that so much of the work here toys with both notions of domesticity and the architectural idiosyncrasies of the gallery. After all, the politicization (or making “foreign”) of one’s home is an apt visual metaphor (or perhaps just a literal definition) of colonialism/globalization.

In Khánh H. Lê’s photogravure etching “Of This rather Than That” we see the retro domestic idyll of a First-World-looking couple about to enjoy their Calgon-take-me-away! moment in a luxurious oversized bathroom. Looming in the background is Nick Ut’s infamous 1972 photo of nine-year-old Phan Thi Kim Phuc fleeing a napalm attack in Vietnam. These seem to pay homage to Martha Rosler’s iconic “Bringing the War Home” collages juxtaposing suburban dream homes and the Vietnam War—as if to say, half a century later, that the specter of violence still haunts the American house despite all the efforts of a generation of artists/activists to exorcise it.

Conversely, the bedroom scene in Mark Fleuridor’s digitally printed quilt “Saturday Massage, Channel 45 Time and Lwil Maskriti” feels inviting and cozy. A preacher on the room’s television even seems to be beckoning the viewer into the plush pictorial plane. But the two adult figures in the “real” foreground return the viewer’s gaze with inscrutable expressions. Are we intruding on a private family ritual?

Taina Cruz, meanwhile, envisions cyberspace as a potential site of decolonization and healing. Her two-and-a-half minute video “Only in Sanctuary Could Transformation be Envisioned” is nestled in one of the gallery’s weird little niches as if it were a hideout. A CGI Black woman traverses surreal landscapes, fragments of architectural space, and abstract structures that seem liberated from real-world referents. It’s totally hypnotic.

Another piece by Cruz, a kinetic sculpture titled “Thought I Was Wrong, Turns Out I Was Mistaken” installed in the fireplace, might just be the most sympathetic little robot I’ve ever seen. A straw pava hat—associated with the Jíbaro, Puerto Rican agricultural workers from the island’s impoverished interior—bears a dangling tobacco leaf affixed to a motor. The tobacco leaf spins in jerky circles, sometimes catching on the rim of the hat. When I visited the gallery, the piece seemed to be destroying itself at an alarming rate in its futile, cyclical labor. 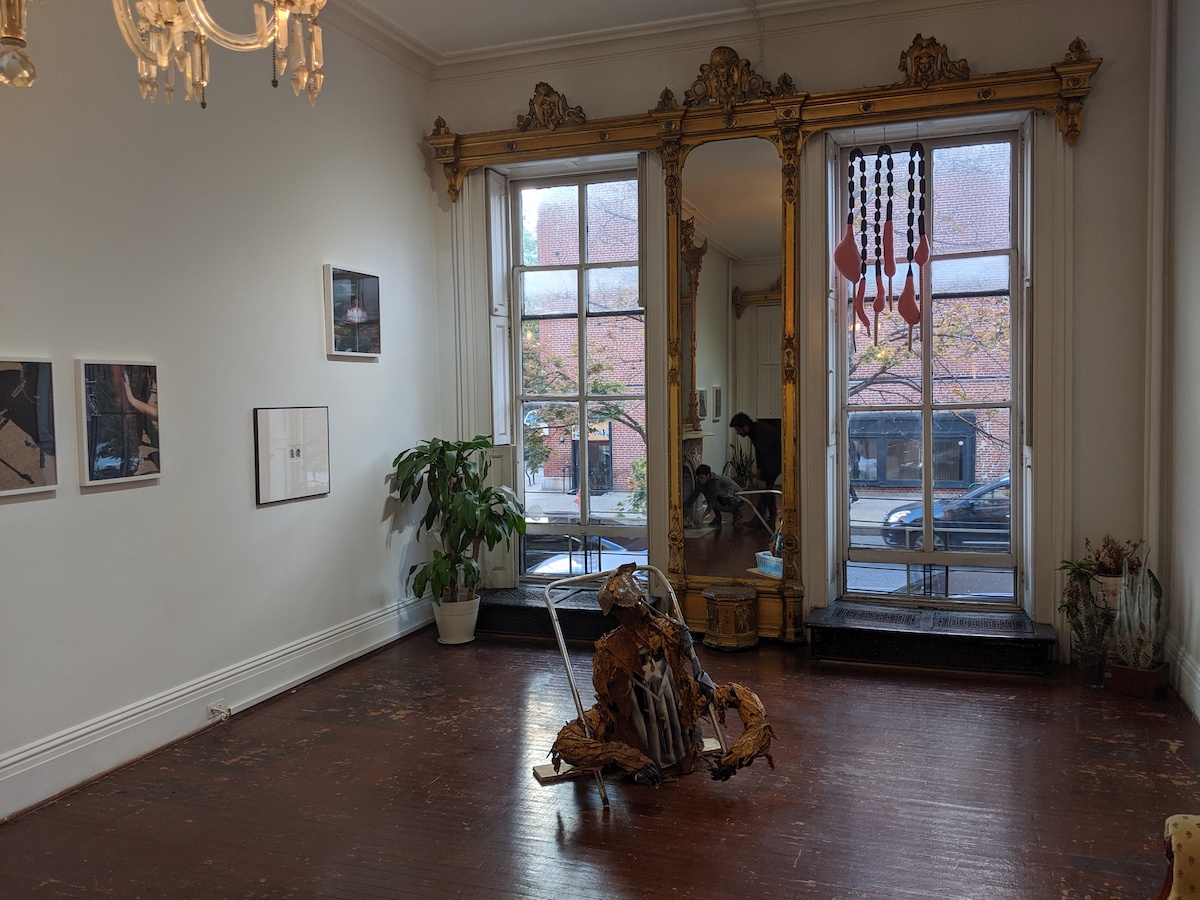 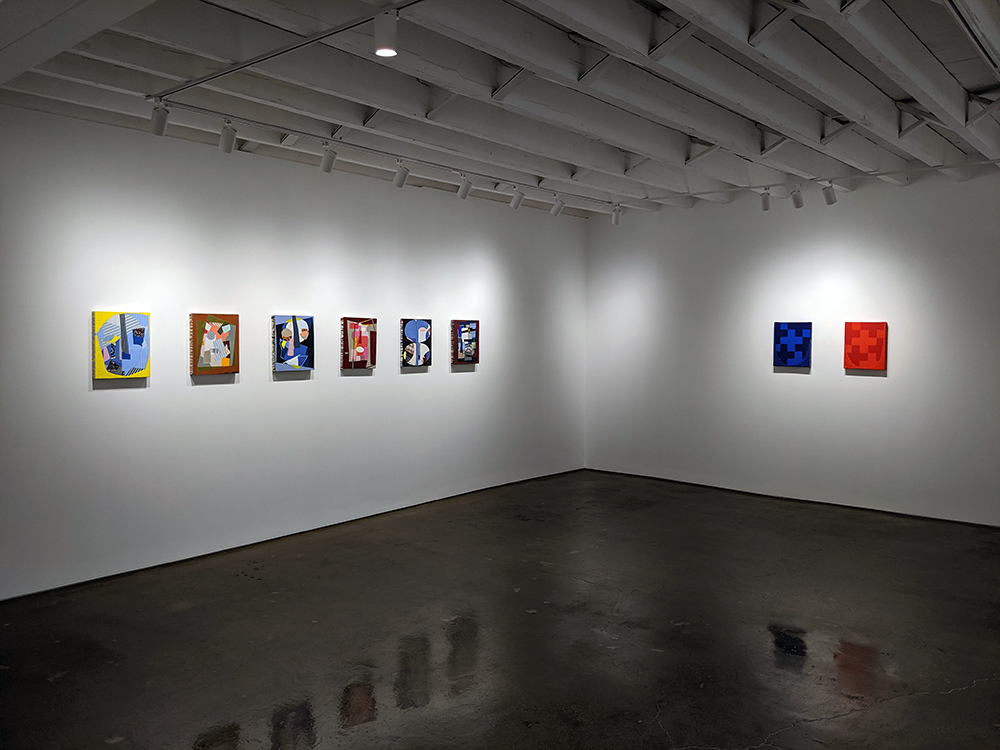 Mimeomai, Tim Doud’s suite of small paintings that feel torn between a minimalist impulse and horror vacui, is a slow-burn of unfolding realizations and associations. Many of the colorful compositions at first read as superflat abstractions grounded heavily in that postmodern, Memphis-school-kinda-graphic-design sensibility that at some point in the past decade quietly became the rather loud default aesthetic of so much of the English-speaking world, again.

But Doud’s surfaces are anything but flat. They’re collage-like assemblages of motifs referencing textile prints and solid color blocks, rendered in acrylic, flashe, and oil paints and enamels of varying thicknesses and opacities. They reference garment “patterns” in two senses of the word—”pattern” as in ornament, and “pattern” as in drafting the geometrical conversion between 2-D and 3-D shapes tailored to the body.

Doud’s selection of textile motifs references how identity is constructed and commodified via wardrobe. Think rooting through a thrift store rack hung indiscriminately with pastel Laura Ashley pinstripe jumpers and technicolor dashikis and you get the idea. They’re a fun scavenger hunt of pattern recognition and seductive surfaces.

In “CDGJWK (2 Yellows),” for example, the composition is framed by a gooey yellow blob superimposed over the rest of the pictorial plane. The blob could be the negative space of a hibiscus flower plucked from a Hawaiian shirt. Beneath it, fragments of rendered textures both evoke different textiles and collectively read as a tribal mask or face from Picasso’s retrospectively problematic African period. All of this floats above a field of navy stripes from a Breton (the cotton jersey top associated with poor French fisherman until Coco Chanel herself popularized the garment as resort wear, which in turn became the iconic “look” of Picasso).

It’s a painting with a lot of layers (literally) of appropriation that speaks to layers of appropriation. And maybe Doud is reminding us that in this weird post-postmodern revival era, even abstraction comes with a legacy of loaded associations and referents. 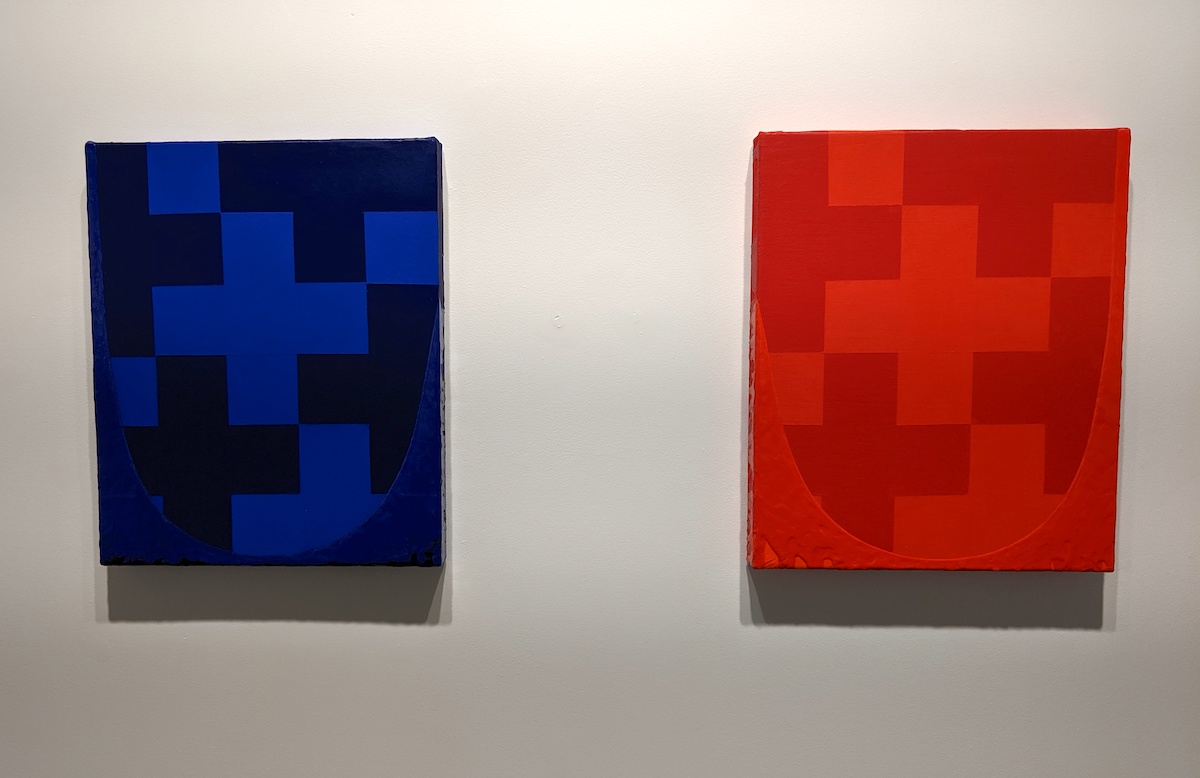 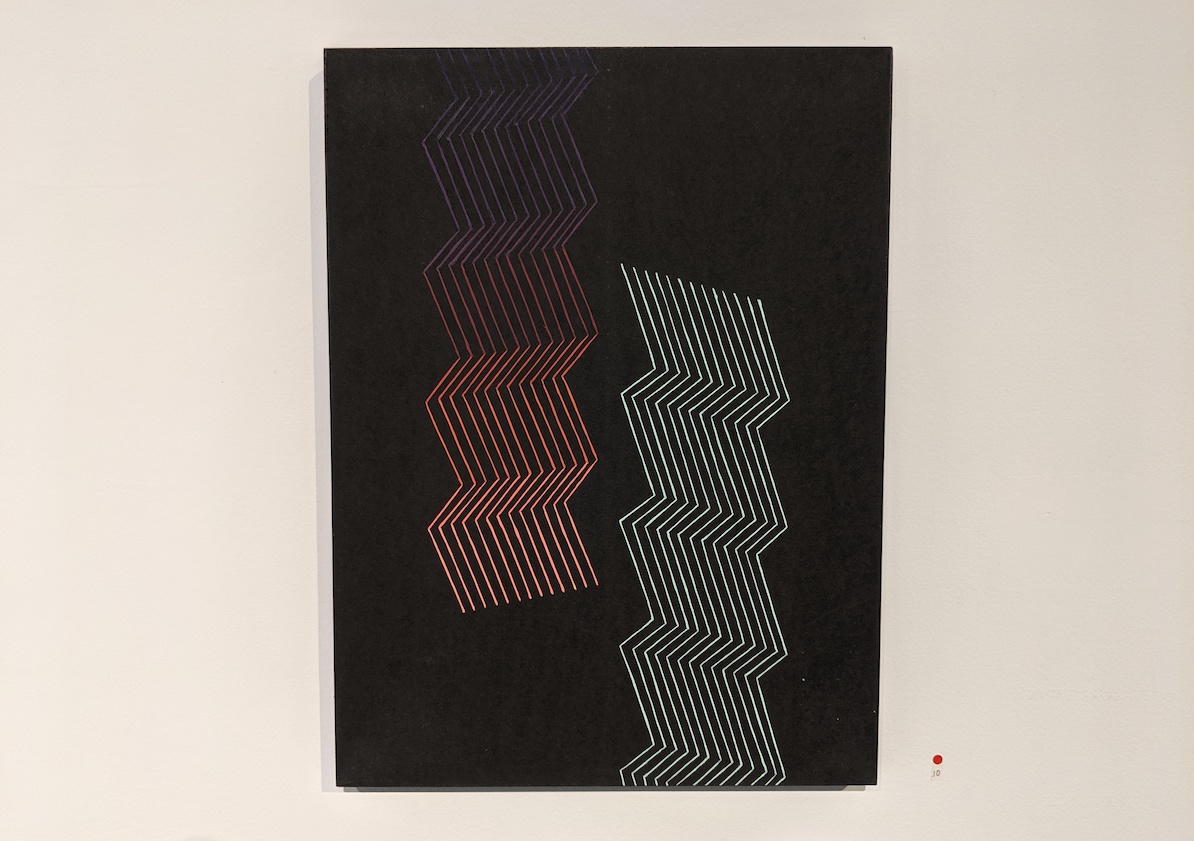 Sue Crawford is an abstract painter looking to fiber arts for inspiration. Crawford’s work, though, explores less the semiotic and more the process of textile construction. Her large, laborious canvases are marked with thousands of nearly identical lines, as if they were stitches, warps, and wefts in some labyrinthine tapestry. They remind me of doodles one might make in a notebook in class, taken to an obsessive extreme.

“Eddy from Deluge,” a large irregularly shaped painting, is installed on the floor as if it were a rag rug—its serpentine innards bound together with countless brushstrokes in lieu of thread. The golden, slightly zig-zagging diptych “Complex Mound Horse,” conversely, hangs erect on the wall. Someone once told me they only liked paintings they could hang above a couch. I think of that rubric standing in front of this piece. It evokes an opulent room divider from a non-specific, more glamorous era. Up close, it’s evident that this is one of the paintings in the show with the most sophisticated color scheme. Varying shades of yellow, orange, and robin’s egg blue modulate the temperature of a metallic gold background, adding a sense of movement and depth to the surface.

It’s Crawford’s smaller, more sparse pieces that really steal the show, though. Whereas the larger canvases serve as monuments to hours of repetitive process, the smaller paintings have a sense of restraint and design that’s quite lovely and surprising.

In both bodies of work, we’re positioned in an intimate viewership with the artist’s hand that’s unexpectedly strange—this is painting devoid of gestural mark-making or seductive painterliness or “drawing” in the conventional sense. Crawford’s paintings don’t feel painted, they feel crafted. They also feel like they could’ve been made in the 1960s and been totally underappreciated then, only to be uncovered years later by a contemporary curator who recognized their brilliant weirdness. 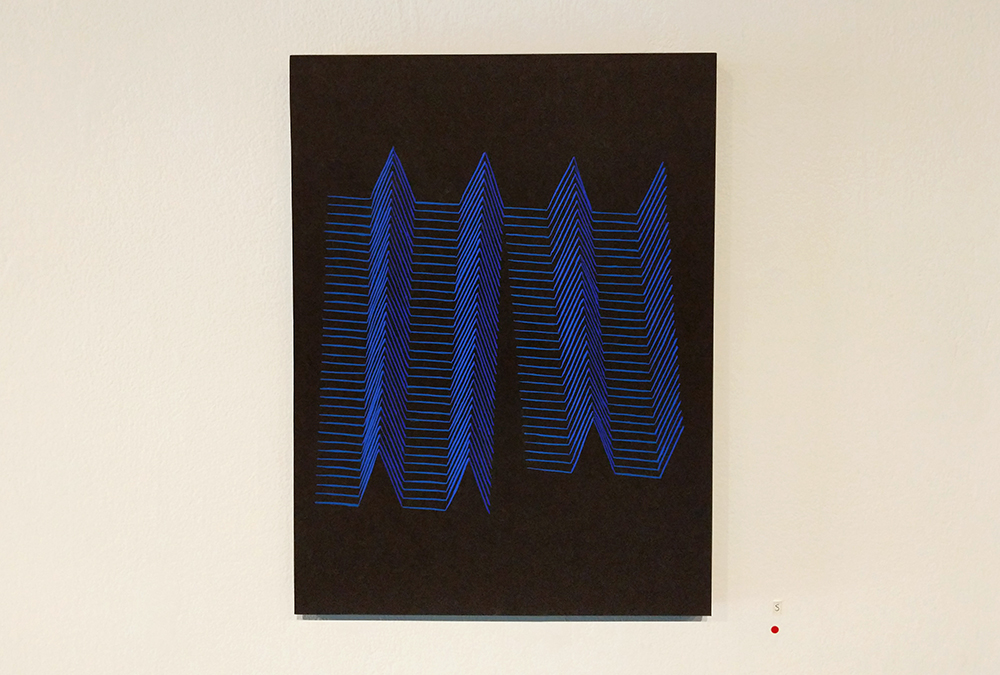 Images by the author.