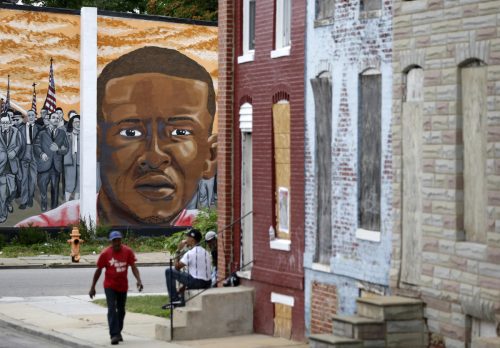 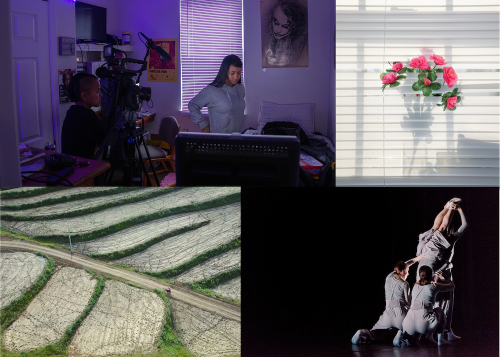 Where to Find Baltimore-Area MFA and BFA Exhibiti [...]

Film
The Last Dance Shows Michael Jordan as Man, Brand, Bully
Not journalistic filmmaking exactly, but it isn’t hagiography either 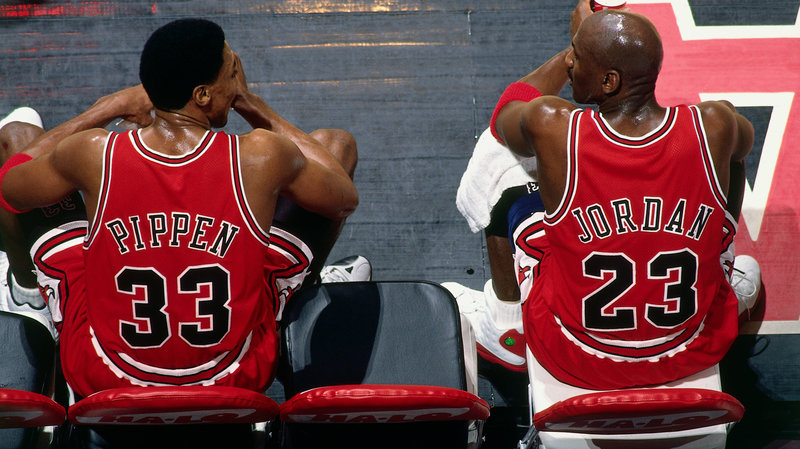 Look, I could totally watch a montage of Michael Jordan dunking over the gangly white goofs/legends that mostly make up the Boston Celtics set to LL Cool J’s “I’m Bad” for hours straight. That is to say, the ten-hour ESPN/Netflix documentary The Last Dance, which in episode two (of ten) has a brief sequence that shows just that, is made for dudes like me. It is about basketball, that is all it needed to do to get me watching. That’s the sick thing about sports, they don’t have to be good or compelling, they just have to be. And there aren’t any sports happening right now which makes this ambitious, meandering documentary that uses the 1997-1998 Chicago Bulls season (the last one with Jordan and, therefore, the last time the Jordan-led team won big) as scaffolding for a larger story about Michael Jordan, the closest we all can currently get to sports.

There have been other attempts to do sports during the pandemic. A few weeks ago, there was a “virtual” tournament in which NBA and WNBA players went about a game of H-O-R-S-E communicating over live streams from their phones, though it mostly just had me, as I watched players in their personal gyms or hoops outside, once again noting the income gap between the men of the NBA and the women of the WNBA. Man do those NBA guys have nicer things.

And The Last Dance has something for those who can’t subsist on simply seeing sports happening on a screen—it also chips away at the idea of Michael Jordan and shows him to be a driven, thoughtful, complicated man, brand, and bully. Jordan, who provided director Jason Hehir a lot of access, comes off more like a more normal person than he usually does, and the sheer volume of footage of Jordan here also unravels whatever image he’d like to present. A moment where he lectures young Bulls player Scott Burrell for not taking the game seriously and says he’s an “alcoholic”—all presented in jest but everyone knows he means it on some level—is just awful to watch. That Jordan—who as The Nation’s Dave Zirin noted, ostensibly had final cut here—allowed that clip says something about how he sees himself and how he’s willing to let others see him.

The Last Dance gives viewers something divergent. It shows a rare moment where a team was allowed to display the utter contempt they should always have for the jerks cutting their checks.

This is what The Last Dance director Hehir does, really. He makes movies about sports with the cooperation of subjects or the league they played in and somewhat dismantles their shtick. In 2018’s Andre The Giant, Trumpian maniac and World Wrestling Entertainment owner (and therefore Andre’s boss) Vince McMahon gets to come off as decent because otherwise the movie (which relies on WWE footage) wouldn’t be able to exist and the way it locates Andre as tragic without ever condescending to him makes that trade-off seem almost worth it. In 2013’s Bernie and Ernie, severely traumatized basketball player Bernard King’s career is at the awful intersection of familial neglect and racism and the documentary will make you cry—though it glosses over his abuse of women (King has an executive producer credit). Hehir walks right up to the line of what he can get away with when the subject is involved and finds a way to show some of what they don’t want to show. This is not journalistic filmmaking exactly, but it isn’t hagiography either.

I guess it’s storytelling: The rise of Michael Jordan and the Chicago Bulls and how that ties to branding and race and ego and discipline and compromise and corporations and THA ‘90Z and how Dennis Rodman partying in Vegas with Carmen Electra and coach Phil Jackson doing acid in the ‘70s all relate to the Bulls breaking out one last weird way in 1997-1998 and winning. The Last Dance is also a labor story—how owners and general managers make decisions however they want, often at the whims of ego and spite as much as profitability (even Jordan cannot escape this). And in Scottie Pippen, second only to Jordan on the Bulls, we see someone who was very good and extremely underpaid, in part, he explains, because he grabbed a long-term contract early because he had his family (12 siblings, father and brother both in wheelchairs) and also because owners are gross always, and wouldn’t even cough up more cash no matter how much Pippen had to do with all the money the team made.

The Last Dance gives viewers something divergent. It shows a rare moment where a team was allowed to display the utter contempt they should always have for the jerks cutting their checks. There’s a mutant strain of victory in The Last Dance that has little to do with corny sports rise-and-fall-and-rise myths. It is the players—Jordan, Pippen, and Rodman and coach Jackson—briefly transcending the Chicago Bulls suits because those suits decided it could do without them and so, for a moment, at the very end, they got to be a little bit free before it all ended.