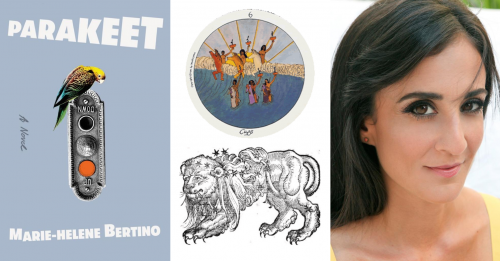 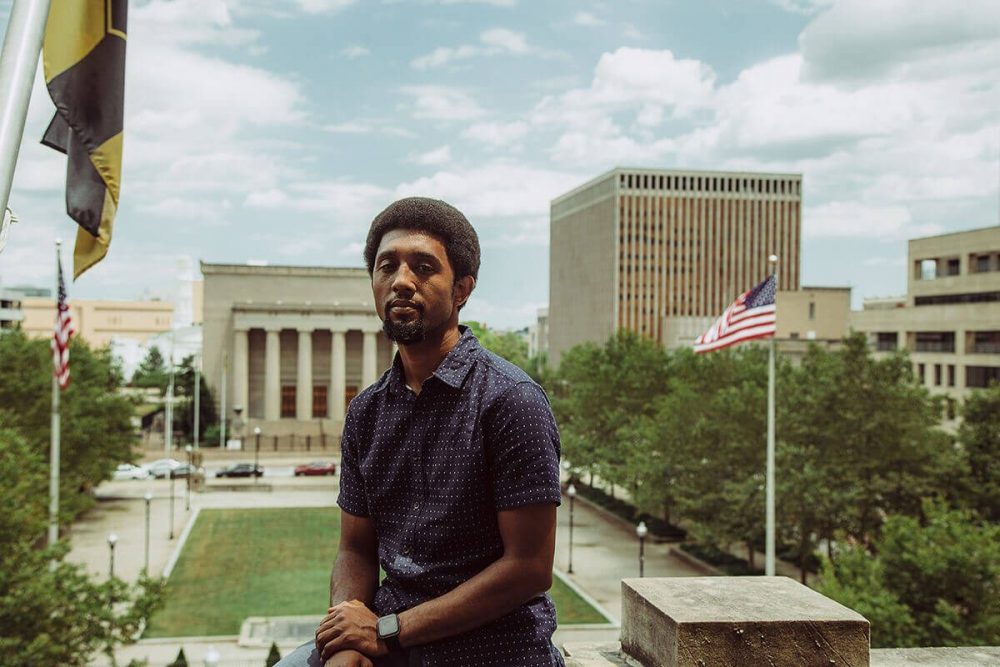 Excerpt: Congress is continuing to squabble over whether to extend a federal supplement to unemployment insurance and if it does, by how much.

But as members of Congress argue over whether to continue the supplement at $600 a week or some fraction of that, out-of-work Americans are left to worry whether they can survive on state benefits that often are a small part of their normal pay — pay that for many was inadequate in the first place.

Creaking technology has already forced millions to wait on badly needed unemployment checks. Now state officials who run unemployment systems worry whether they can adjust to any changes or delays and keep the money flowing through their overwhelmed infrastructure.

And economists worry that if a big part of the 32 million Americans now qualified for unemployment insurance can’t pay their bills, the economic pain will metastasize, with lenders, landlords and local businesses also shouldering the loss.

But for many, the worries are much closer to home.

Excerpt: Shannon Wright, the Republican Party nominee for mayor of Baltimore, says she played a major role in litigation aimed at desegregating the city of Yonkers, New York, just north of the Bronx, years ago.

On her personal website, Wright calls herself “one of the lead negotiators” in the landmark Yonkers case.

In her application to be a 2016 Trump convention delegate, she leaves out the “one of.”

In an interview with The Brew, she repeated the claim.

But Wright wasn’t nearly as pivotal as she says she was, multiple sources say.
“This is an outrageous lie,” attorney Michael H. Sussman stated in an email after reviewing Wright’s personal website.

“She had nothing to do with winning the case – which I did in November 1985 – or the settlement negotiations referenced above,” he said.

Excerpt: The State Board of Elections plans to begin mailing all voters applications for absentee ballots on Aug. 24, State Elections Administrator Linda Lamone said Tuesday in a letter to Gov. Larry Hogan.

Although the state is encouraging all voters to submit their ballots by mail, Hogan has said state law requires every polling place to be open on Election Day this November. But legal experts say the state of emergency Hogan declared in response to the COVID-19 pandemic could give the governor broad power to change how and when people vote.

The call to open every precinct’s polling location has created challenges for local election officials across the state who are struggling to recruit enough election judges to staff the polls.

The Baltimore City Board of Elections has recruited about 400 election judges but needs about 2,500 more to staff the city’s 296 precincts, said Election Director Armstead Jones.

Without more judges, he estimated he could staff roughly a third of the precincts.

Excerpt: Maryland’s coronavirus-related hospitalizations increased slightly on Wednesday, with an uptick in the number of COVID-19 patients in acute care, state data show.

Of the state’s total number of confirmed cases, 12,922 people who tested positive for COVID-19 were hospitalized at some point.

There are currently 555 Marylanders hospitalized due to COVID-19, including 421 who are in acute care and 134 who are in intensive care.

A total of 92,426 Marylanders have tested positive for COVID-19, while 889,969 have tested negative as of Wednesday morning, according to the Maryland Department of Health’s COVID-19 Case Map Dashboard.

Excerpt: Third parties are required to gather just 5,000 e-signatures to gain ballot access during the pandemic, while a transit equity campaign in Baltimore, where 40% of residents don’t have reliable internet access, is being forced to gather 10,000.

A Moment of Reckoning: Listening to Black Voices in Baltimore
Edited by Lydia Woolever, as told to the editors
Published in Baltimore Magazine

Excerpt: In late May, a horrifying video began to circulate of George Floyd, a 46-year-old Black man who died in Minneapolis after being pinned under the knee of a white police officer while pleading more than 20 times: “I can’t breathe.”

The loss of Black life at the hands of law enforcement has become a familiar story in America. Just five years earlier, Baltimore had been at the center of similar anguish after Freddie Gray died from injuries suffered while in police custody. But this time, the grief and outrage over Floyd’s tragic death incited protests that would ripple out across the entire country, forcing many to realize that, a century-and-a-half after emancipation and a half-century after Jim Crow, systemic racism remains entrenched in the United States.

“I saw generations, decades, of frustration,” local artist Ernest Shaw Jr. told PBS in the aftermath of the 2015 Baltimore Uprising. “I don’t think it was directed solely at police officers. . . . It was directed at the system.” In that same vein, this national outcry is about much more than police brutality and the failings of our criminal justice system. Systemic racism and racial inequality are being called out in all aspects of society: education, employment, health care, housing, voting rights, incarceration—and anti-racist allyship among non-Black people is at an all-time high. Since the death of George Floyd—after Rayshard Brooks, Tony McDade, Breonna Taylor, Ahmaud Arbery, and Elijah McClain—there has been an undeniable shift in public sentiment and a newly urgent refrain: enough is enough.

Excerpt: Six states led by a bipartisan group of governors are joining together in an effort to speed up coronavirus testing. As the nation’s death count continues to rise above 150,000, the states said they will jointly purchase 3 million rapid antigen tests that can quickly detect the virus.

Maryland Gov. Larry Hogan, the outgoing chair of the National Governors Association, said in a statement the multistate compact will address “severe testing shortages and delays” that have hamstrung the nation’s response to the virus. In addition to Maryland, the group includes Virginia, Louisiana, Michigan, Ohio and Massachusetts.

Laid off from his job as a contractor at the beginning of the pandemic, Webster has not yet collected a single unemployment check. He has since lost his apartment, and now spends his days just trying to find enough to eat.

“I have no income coming in for four months,” Richardson told the AFRO.

He said he had filled out the forms for unemployment and received notice he qualified.

But since then, has yet to receive any benefits.

Desperate for help and unable to get a straight answer from the Maryland Department of Labor which administers unemployment benefits, Richardson called the councilman for his district, John Bullock. An aide there gave him a number to seek help which he says was disconnected. And since then things have only gotten worse.

“I’m living from couch to couch,” he said.

But the reality remains for him that a city already straining under the demands of the pandemic is struggling to provide services in a community that suffers from entrenched poverty, high crime rates, and a municipal work force trying to stay healthy.

And while the number of COVID-19 cases continues to climb in the city to a seven-day average of 129 per day, city agencies are strained now more than ever and residents say they are falling through the cracks.

For a Black trans woman who once worked in this area to survive, and who has seen too many others die here, it was a labor of love.

“We’re in a state of emergency,” said Dammons, whose organization provides food, shelter and other services to the transgender community. “We marked in stone that our lives matter along with the Black Lives Matter movement.”

Dammons’s group previously held a Black Trans Lives Matter rally and march in Baltimore on June 2, during the early wave of protests following George Floyd’s death. The group’s protest was featured on the June cover of Time magazine.

“I am human,” Dammons said after mentioning a trans girl who was shot in the face last week but survived. “This is where I was born. This is where I live. Am I an equal in the city I was born in?”

Excerpt: Taylor was 13 when she first became a victim of sex trafficking. She had recently escaped from an abusive home and was living on the streets of Baltimore.

She was too young to work legally, but a close friend told her that she could make money by giving massages. Anxious to make a living, Taylor agreed.

“When I got out [to the hotel where the job was supposed to be] it wasn’t what I expected,” she said. “I got there, and they wouldn’t let me leave.”

It turned out that her friend was recruiting girls for a human trafficker. The traffickers forced Taylor to live and work out of hotels for the next two years.

Baltimore, Maryland is a hotspot for human trafficking, according to experts. The confluence of highways, including the I-95 corridor that connects Baltimore to other nearby cities like Washington, DC and New York City, combined with the proximity to several major airports, a plethora of hotels and casinos, and extreme poverty beside extreme wealth, has created the perfect conditions for the trafficking industry to thrive.

See also: HuffPost reporter Michael Hobbs’ Twitter thread debunking some of this article’s claims: “Overall, it’s great that news stories are starting to make the link between poverty and exploitation rather than repeating a bunch of ‘Taken’ bullshit, but it’s frustrating how this story repeats police and prosecutor talking points without any skepticism.”

Think federal cops in Portland are scary? Cops use ‘jump-out boys’ all the time
by Brandon Soderberg and Baynard Woods
Published July 29 in The Guardian

Excerpt: People in Portland, Oregon, have protested against racism and policing for more than 50 consecutive nights, following the police killing of George Floyd on 25 May. The violence of the police response has further stoked the anger of protesters, as it has around the country.

In response, President Trump has empowered federal agents under the Department of Homeland Security to detain and arrest protesters. Many around the world were shocked when Oregon Public Broadcasting reported that federal agents wearing camouflage were driving around in unmarked vehicles, snatching up protesters and speeding away.

That description sounded all too familiar. We’ve spent much of the last five years reporting on the Baltimore police department. In reporting our new book, I Got a Monster: The Rise and Fall of America’s Most Corrupt Police Squad, we found that police units in unmarked cars have long used terror and confusion to destabilize communities.

During the uprising following the death of Freddie Gray in police custody in 2015, the national guard snatched up one protester and police attacked another on live television. Away from the cameras, we witnessed other agencies with unmarked uniforms rounding citizens onto school buses, for mass detention, often without ever formally charging them.

Even before the uprising, Baltimore, like most American cities, has heavily relied on aggressive police squads to maintain order. Plainclothes police squads – “jump-out boys” – ride around in unmarked vehicles looking for citizens to tackle or throw against a wall, then search for guns or drugs.