Cutting Across Boundaries: A Workshop of Our Own 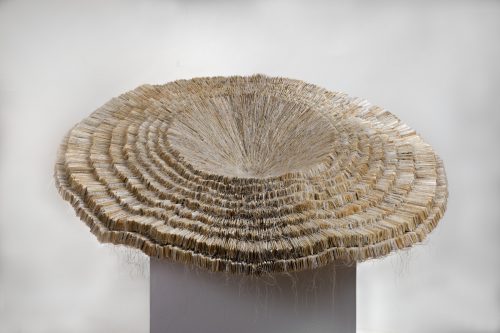 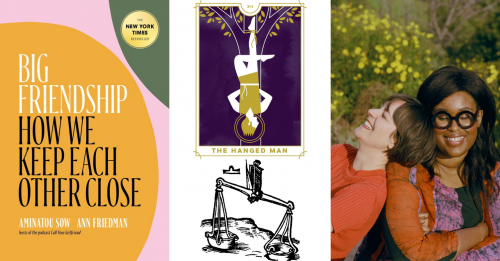 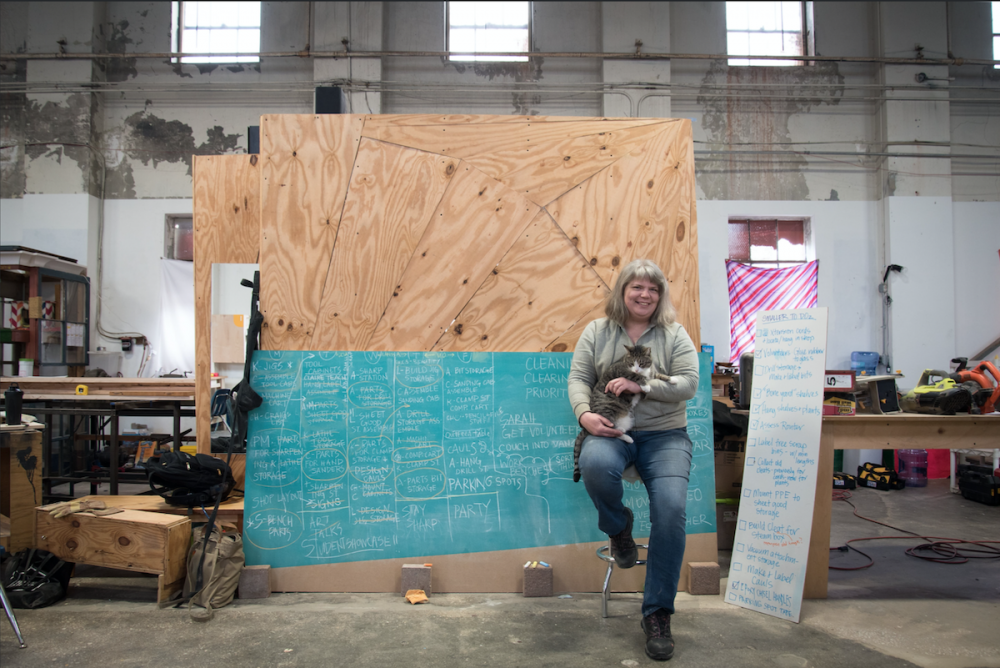 Sarah Marriage has always worked in traditionally male-dominated fields. With an education in architecture and a background as an engineering drafter, she is no stranger to environments where women are expected to represent the minority. But it wasn’t until she entered the world of furniture making that she registered her gender as a distinct point of conflict in her profession.

“As much as I wanted to avoid talking about my gender with my work—because I didn’t see that my work was really anything about gender—the more society just kind of pushed it in my face,” Marriage said. She recalls displaying her work at trade shows and being asked if her husband made it. Nevermind that she doesn’t have a husband.

The widespread alienation, harassment, and unmitigated exclusion that comes with not being a man in a typically hyper-masculinized field prompted Marriage to develop a necessary alternative. With support from a John D. Mineck Furniture Fellowship grant, she developed a woodshop specifically for women and gender-nonconforming craftspeople to work and learn new skills. In 2017, Marriage opened the shop doors in Baltimore’s Woodberry neighborhood, naming the space A Workshop of Our Own (or WOO)—a nod to Virginia Woolf’s canonical essay which points to the material and social limitations that have impeded women’s ability to thrive creatively throughout history.

Now in its third year, WOO boasts approximately a hundred active members who use the shop, including three resident woodworkers who rent studio space in the building to run their businesses. Members and non-members can take short- and long-form classes, such as cutting board construction and spoon carving, taught by volunteers. Some members use the space to get involved in the community beyond the shop walls. During the COVID-19 shelter-in-place order, resident artist Amanda Pellerin (a clay artist who is not a woodworker but nonetheless uses the woodshop as a studio) worked with Young Audiences to package 9,000 individual, one-pound pieces of clay with instructions for Baltimore City Public School students so they could learn pottery skills at home. Following strict safety guidelines, Pellerin and her team pulled off the project using the woodshop and had the packets distributed to BCPS meal sites.

With the exception of the clay kit effort and necessary maintenance measures, the woodshop remains dormant during the pandemic. Just before the city shut down, WOO completed multiple renovations including more efficient organization and storage, new classroom areas, and an expanded library. Unable to enjoy the fresh updates, the team decided to use the period of inactivity to overhaul the structure of the organization itself, working toward transitioning from a fiscally sponsored operation to the independent nonprofit structure they eventually hope to establish.

Educators also began developing digital content, mostly from their homes, including free tutorial videos for at-home woodworking and paid virtual classes (which have not yet been launched as of this writing). Committed to following public health rather than state or federal guidelines, Marriage expects WOO to be impacted by restrictions until there is a vaccine for COVID-19.

On a February evening prior to the coronavirus shutdown, several WOO volunteers tidied up the space before the monthly shop community meeting. Romeo, the shop’s bow-tied resident cat, kicked up sawdust as he whizzed from one end of the expansive mill building to the other while volunteer Nora Bundy swept around the machines.

“The shop has given me almost everything that I do in life in a way,” Bundy said. A WOO volunteer since 2017, Bundy lives with a friend she met at the shop and secured a job at the Loading Dock, a refuse center in East Baltimore, through a connection she made doing installation work there as a part of WOO.

Sarah Elder, a carpenter, also found her current job through WOO. In shifting to the craft world from museum work, she was struck by the camaraderie of the shop environment. “That genuine compassion in the way people interacted was something that was very vacant, particularly in the blue-chip art world,” Elder said.

The opportunities beyond the shop that WOO creates for women and gender-nonconforming woodworkers are a corrective to the presumption underlying many fields that “a woman with no experience has less experience than a man with no experience,” as Marriage puts it. Down the line, she hopes to establish an apprenticeship program within the shop. But while professional advancement is a key part of WOO, the shop does not exist solely for craftspeople with expertise or career aspirations in woodworking. Marriage intends to center its focus on education and accessibility for beginners.

Even if the guys are the best guys in the world, there can be an element of subconscious othering, and the only way to belong is if you’re one of the guys.

When Debbie Lippincott first walked into WOO on a busy day two years ago, she was relatively new to woodworking and felt nervous about being the odd one out in an environment of what she supposed were all thoroughly well-versed craftspeople. “Traditionally we haven’t been trained to do these things,” Lippincott said. “I think that perpetuates that feeling of inadequacy.”

With some encouragement from Bundy, Lippincott returned to WOO to find herself surrounded by students and volunteers with varying degrees of experience. Morgan M. Ward, a sculptor who commutes from DC to use the shop, has made her own furniture for the last 15 years, but said she always has more to learn from others in the room.

“You know you’re not gonna get mansplained here,” Ward said. “Nobody’s gonna interrupt to tell you how to do what you’re doing well, but there is a lot of opportunity to ask questions.” According to Marriage, many students new to the craft reported that they never considered taking a woodworking class until they learned that a program like WOO existed. She attributes this to an inherent avoidance of historically unwelcoming spaces.

“A lot of it is just being ‘other’ in the space,” she said. “Even if the guys are the best guys in the world, there can be an element of subconscious othering, and the only way to belong is if you’re one of the guys.”

As an English teacher, WOO advisory board member Erin Nutsugah (also an illustrator who teaches a monthly wood-burning class) was less personally acquainted with the challenges faced by women working in male-dominated professions. New to the woodworking world when she came on board with Marriage in WOO’s early days, she was astonished by the severity of the alienation that women and non-binary people in the field deal with regularly. On WOO’s Instagram, which Nutsugah then managed, men would leave belittling remarks and outright attacks on women who had the audacity to wield a power tool.

Craft as a whole has remained distinctly gendered even while other creative fields have become more integrated over the last half-century (though gender parity is still broadly lacking in museum collections and university faculties, among other forms of institutional representation). Ceramics and fiber arts are still thought to be produced primarily by women, for example, and wood and metal work by men. According to Deirdre Visser and Laura Mays, co-authors of the upcoming book Making a Seat at the Table (expected to publish in the summer of 2021), this has to do with the relationship between craft and convention.

“Craft often draws heavily on tradition, where other fields prize innovation and breaking with precedent,” Visser and Mays wrote in an email. “The exhortation that, ‘Well, it’s what we’ve always done,’ can excuse the failure to examine the ways that traditions shape who is included and excluded, and how we define excellence in ways that circumscribe innovation and change.”

In 2019, Visser and Mays curated a show that featured WOO members alongside 42 other women woodworkers and groups in an exhibition at the Center for Art in Wood in Philadelphia. The exhibition showed that, as women and gender-nonconforming craftspeople, they are not anomalies in the craft world but part of an extensive cohort of artists who propel the field forward behind the curtain. In the last few decades, more women have entered the field professionally, and many academic furniture design programs see a majority of women enrolled. Women and gender-nonconforming woodworkers are not merely populating the field; they are challenging and expanding its limits in terms of who can participate, what wood can do, and where lies the distinction between art and craft.

WOO is a small piece of a much larger picture. But while its members are not unique in their capacities as women and gender-nonconforming woodworkers, the shop itself is indisputably exceptional. “This organization embodies the idea of ‘safe space’ in a way I’ve never experienced anywhere else,” Nutsugah said. “Safe to be who and what you are, and safe to learn and fail and succeed and grow.” 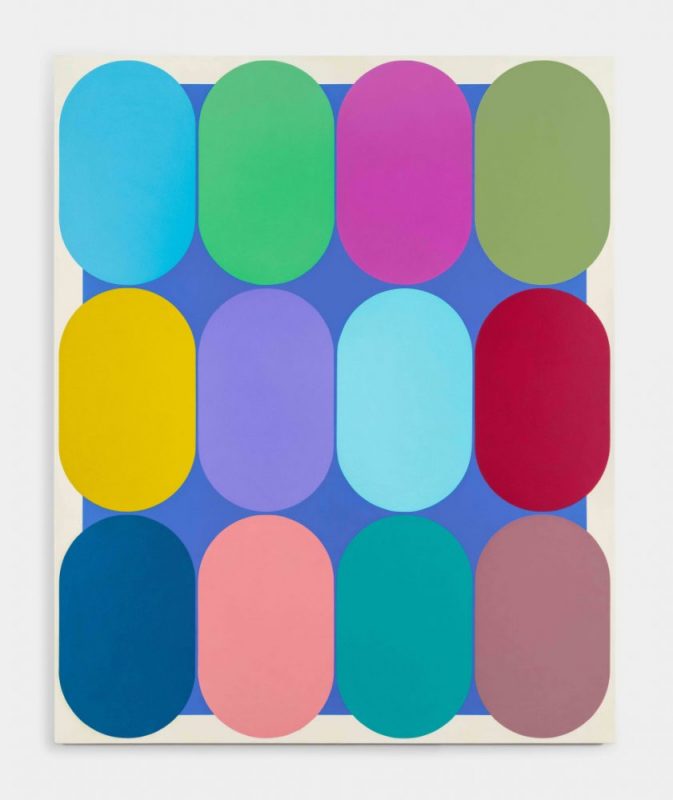 This Week:  Katharina Cibulka lecture at NMWA, virtual screening of Titus Kaphar doc at the BMA, Islamic art lecture at the Walters, Akea Brionne in conversation at the BMA, 'Baltimore Music on Film' with Sam Sessa at Creative Alliance, Idle Times: Pop Disorder opening reception at Current, and more